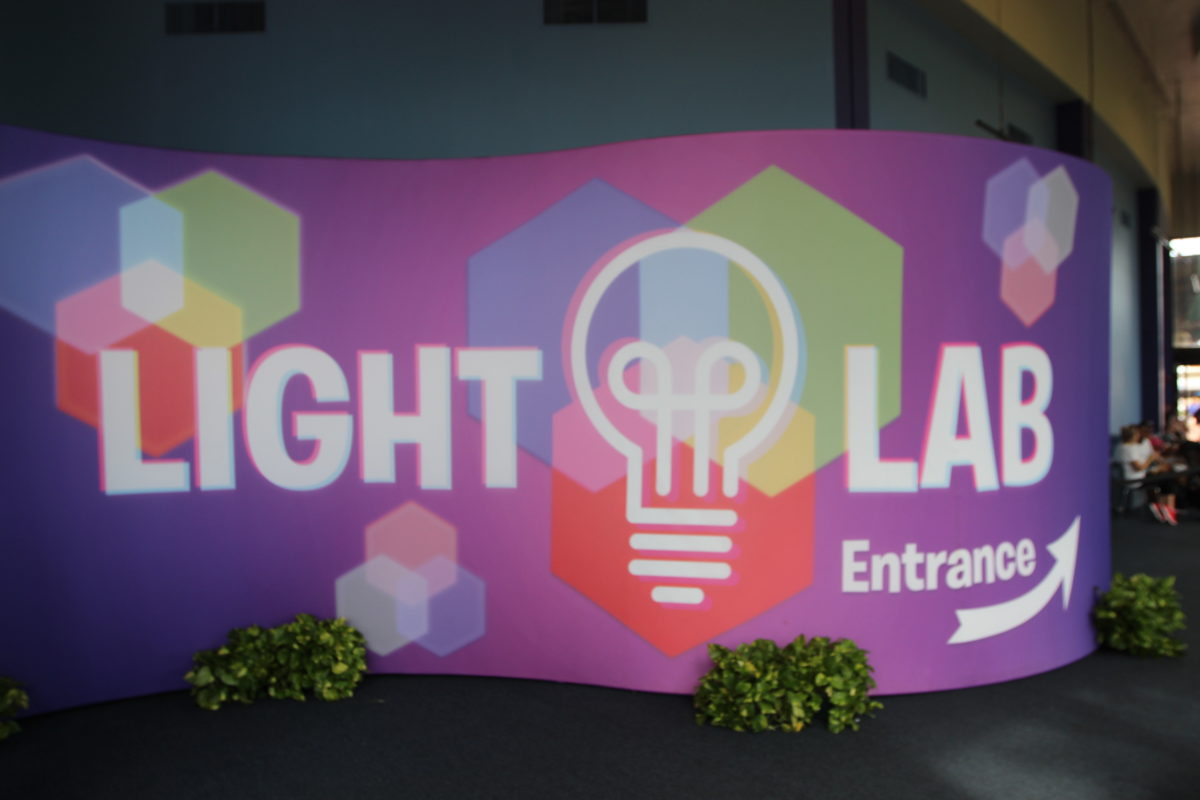 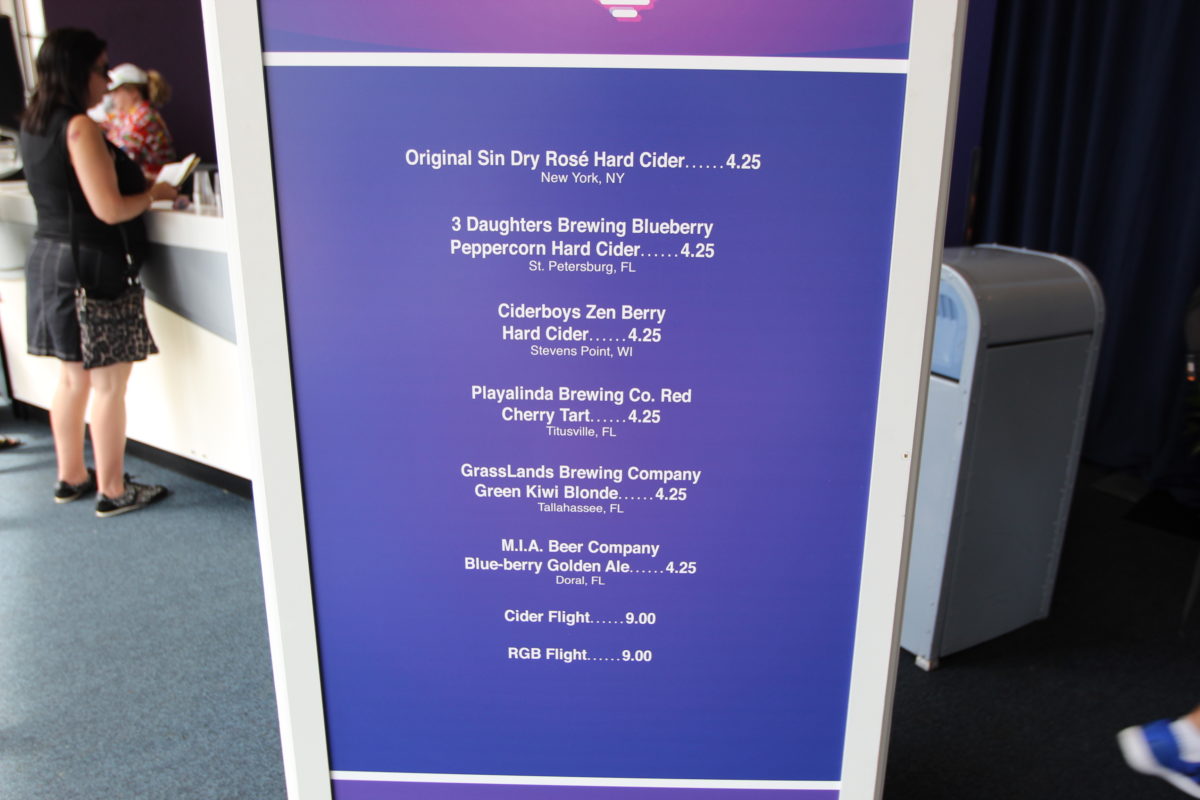 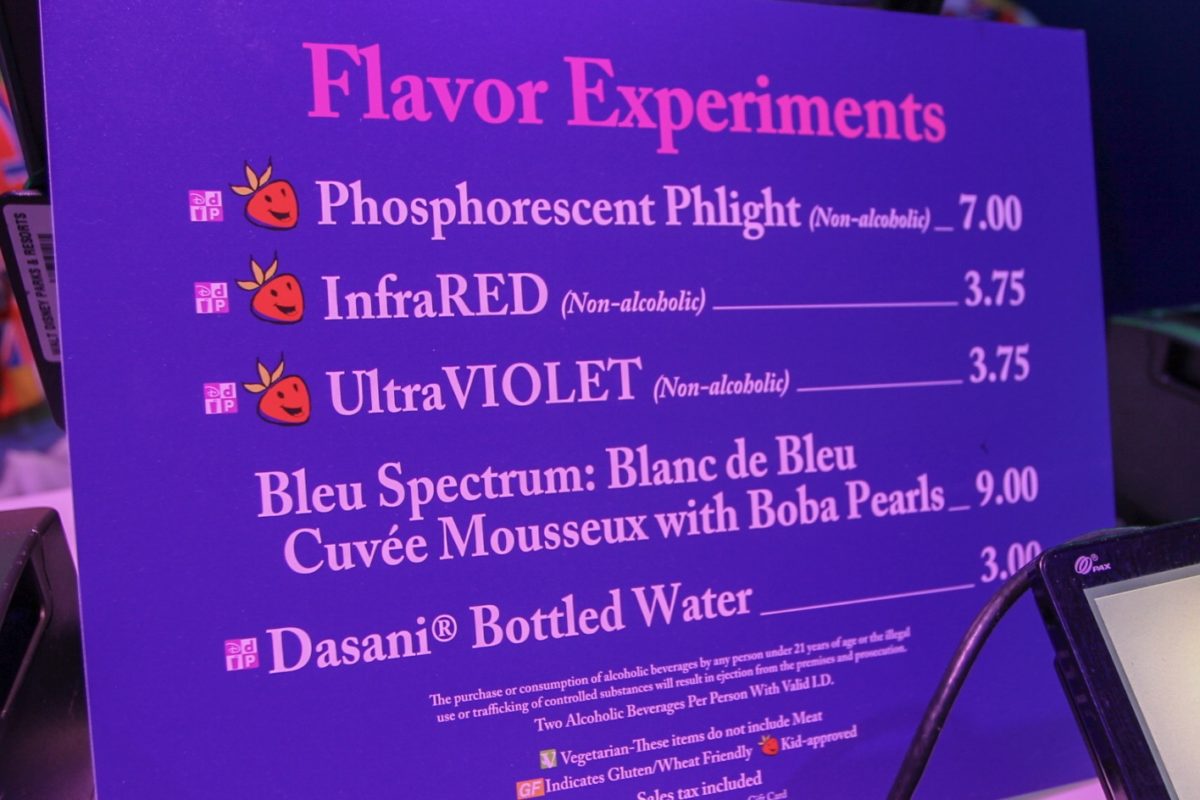 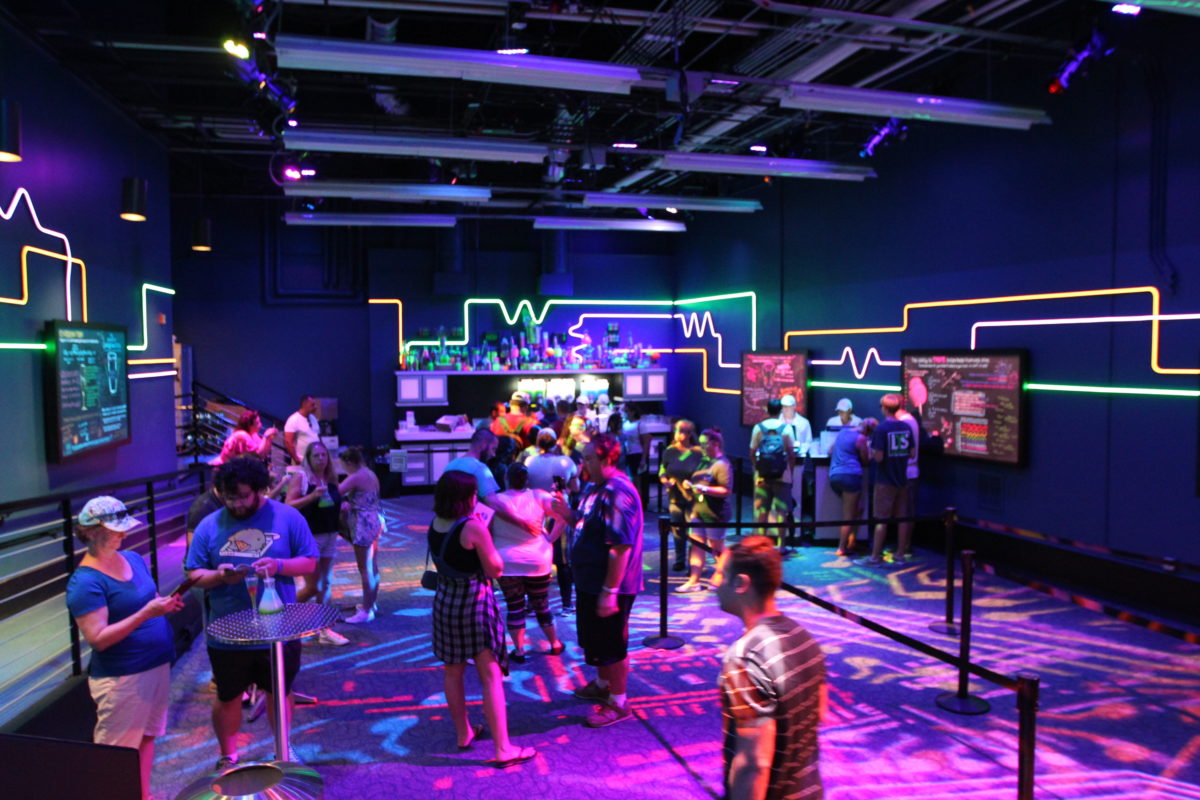 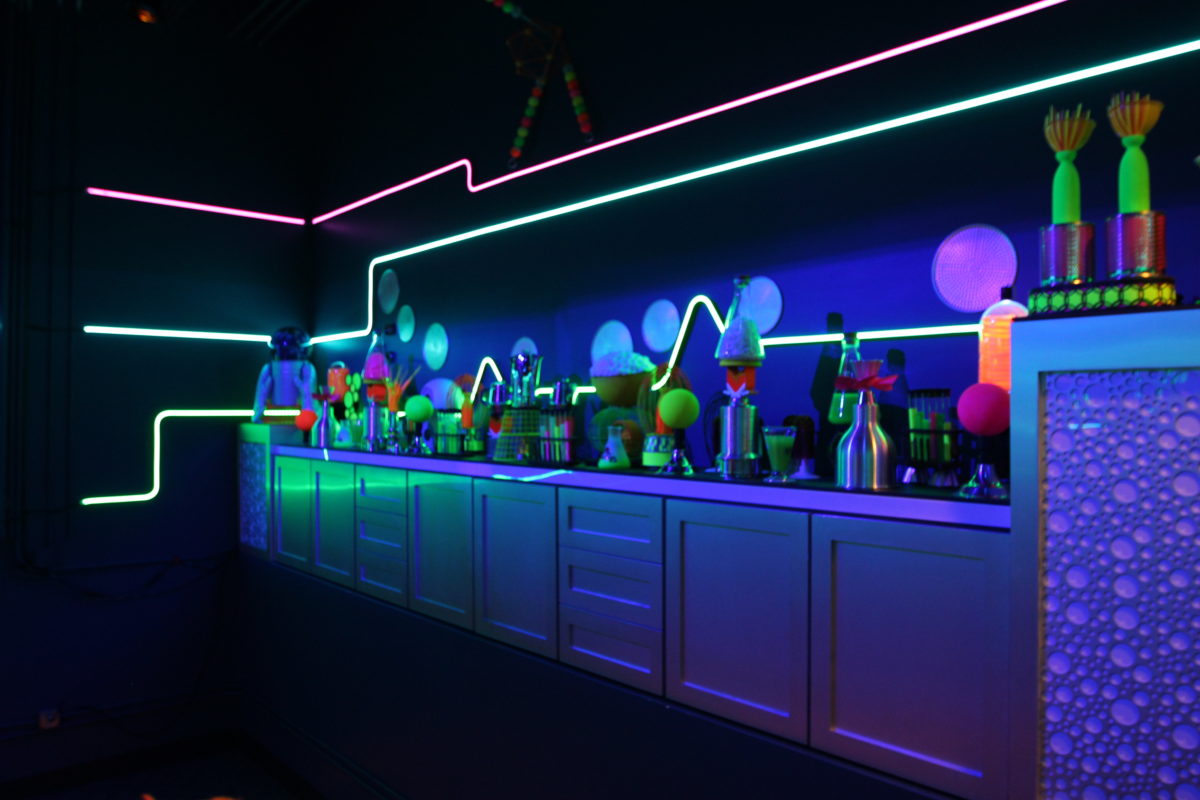 Light Lab made its debut at the 2017 festival and is back for its second year. Light Lab is located in Future World West behind Club Cool and Epcot Character Spot. The infamous “Glownut” did not return this year, so there are only beverages available at the Light Lab in 2018. The 2018 Epcot International Food & Wine Festival takes place August 30 – November 12, 2018.

*Price per bottle is an average price of the spirit at your local liquor store. 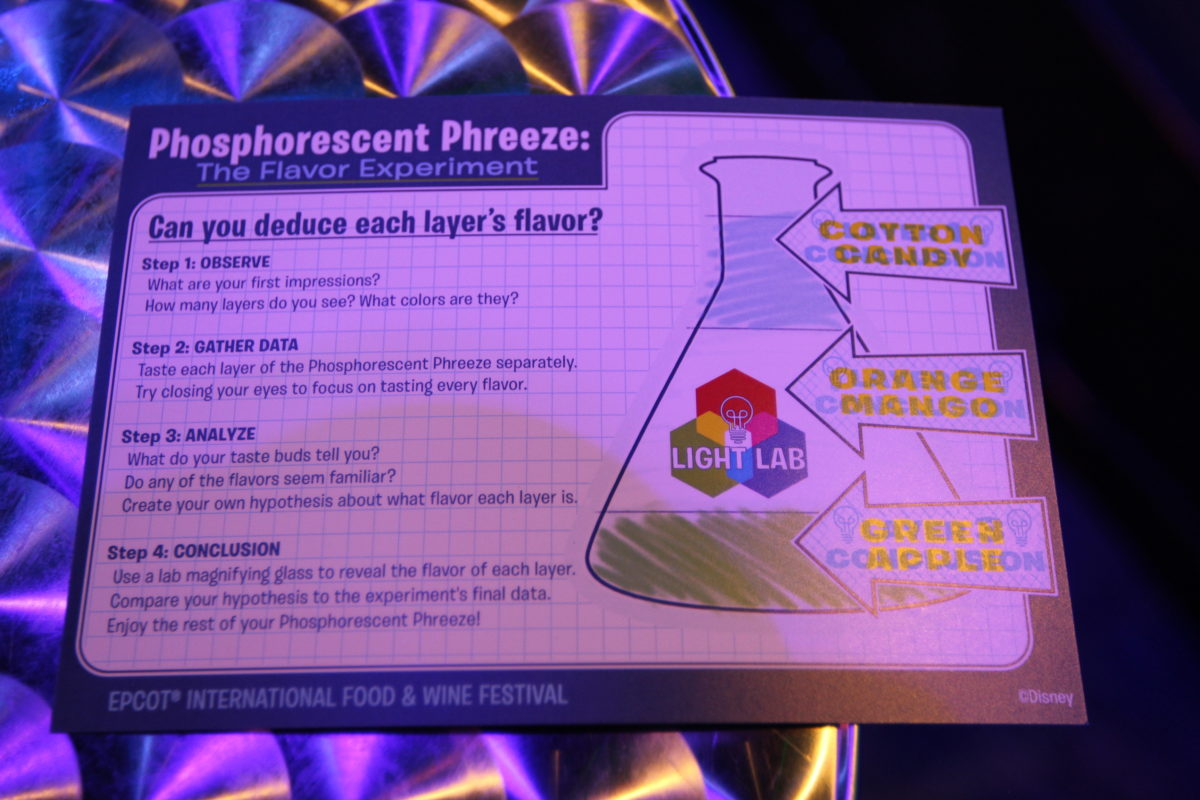 The souvenir beaker is included in the $7.00 cost! It’s a great souvenir cup with the unique Light Lab logo on it. The entire idea here is that there’s three different and unique flavors layered in the beaker and it’s up to you to figure out the flavors. Using the different lights shining inside of the Light Lab you can tell what flavor is what color according to the card given. Ultimately we found the entire concoction to be way too sweet, but we’re absolutely positive kids will love it, as well as the awesome souvenir breaker cup.

Three boring slushes with a glow cube down below. The purple tries to be grape, the blue attempts blue raspberry. Both fail and turn into a creamy mixture that is nearly impossible to drink without a straw. The yellow was the best of the bunch, tasting like lemon lime Gatorade. Three glow cubes for $7 isn’t horrendous, but it’s no souvenir flask. 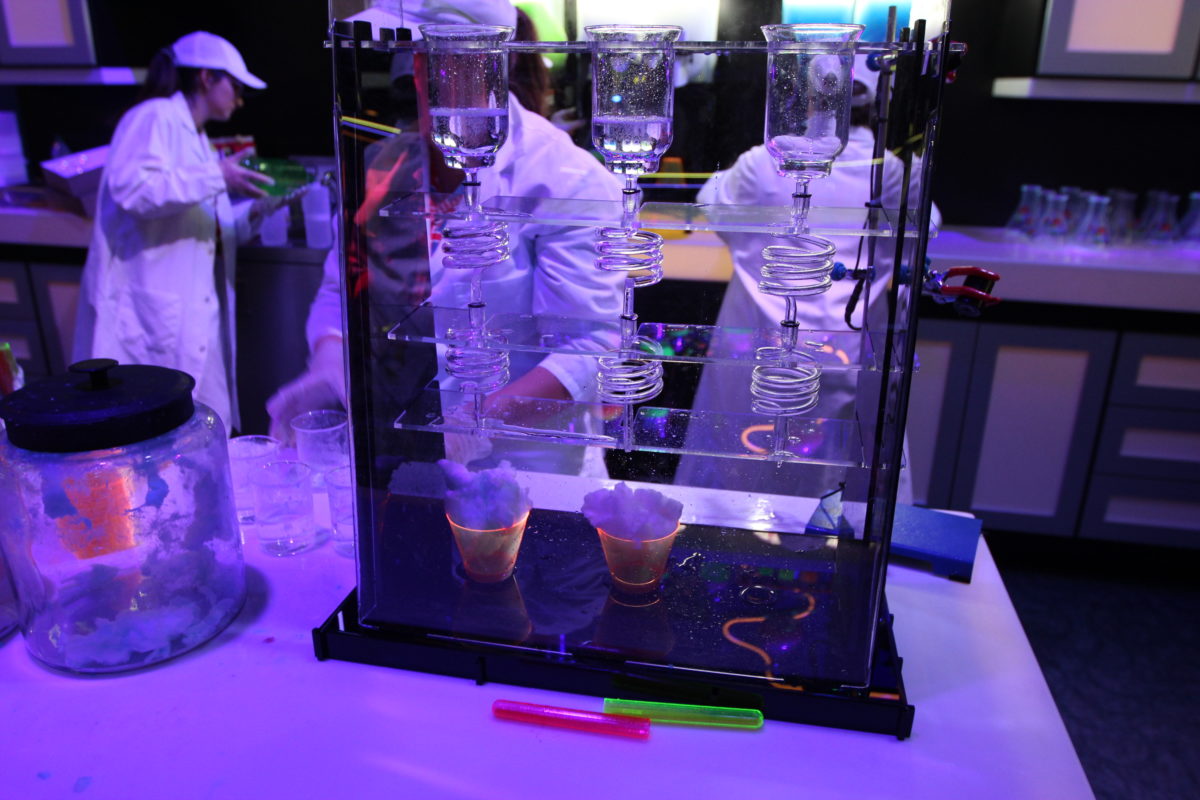 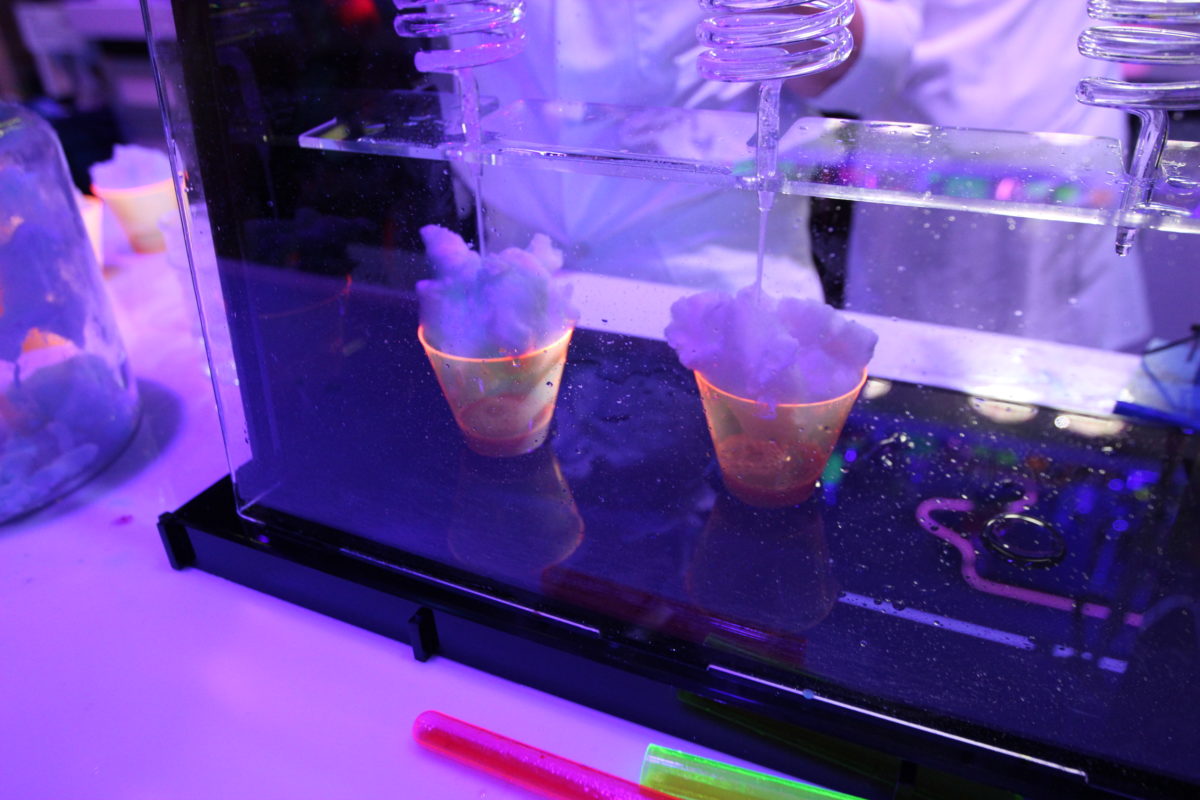 Don’t buy this. Don’t buy the UltraVIOLET either. You’re paying nearly four dollars for what comes out to about 8 ounces of room temperature Sprite that’s been run through a swirling lab set over cotton candy. It’s literally sugar soda water. Knowing how much a 2 liter of Sprite costs you can figure out that 8oz isn’t worth $3.75, you’re better off getting a 20oz Sprite from an outdoor foods vendor for cheaper that’s actually cold. And if you want it sugary, go get some cotton candy too. We cannot tell you enough: DO NOT BUY THIS.

See above, DO NOT BUY THIS.

Taking a page from the Festival of the Arts, this is a glass of colored champagne with boba balls in it. While there is no straw this time, it’s still the exact same thing. While the boba balls and champagne together make for a good flavor, this isn’t the best way to enjoy them. Drinking it in this way means you are having a bunch of champagne followed by the boba crashing into your mouth all at once. Not a bad drink option, but there has got to be a better way to ingest this colorful treat…

We’re having Cider House flashbacks from Flower & Garden festival. Sure, ciders are fun to enjoy and all but now that the fad has died-down we keep hoping that breweries will try to focus on a good cider instead of a unique one. Instead what we get here is a flight of three unique and pungent hard ciders. We didn’t particularly care for any of the three, but a true fan of hard ciders could appreciate the variety of the flight.

The RGB flight gets its name from the color of the beers. Again, instead of looking for good beers, this merely consists of beers that meet the ‘does it match the color’ idea. What you get is a cherry tart beer that’s overly tart and has an artificial cherry flavor to it, the green kiwi blonde tastes like literal cardboard, and the blue-berry golden ale merely tastes like a beer. There’s so much potential for this flight to be interesting and creative, but instead we get three really mediocre beers. Pass. 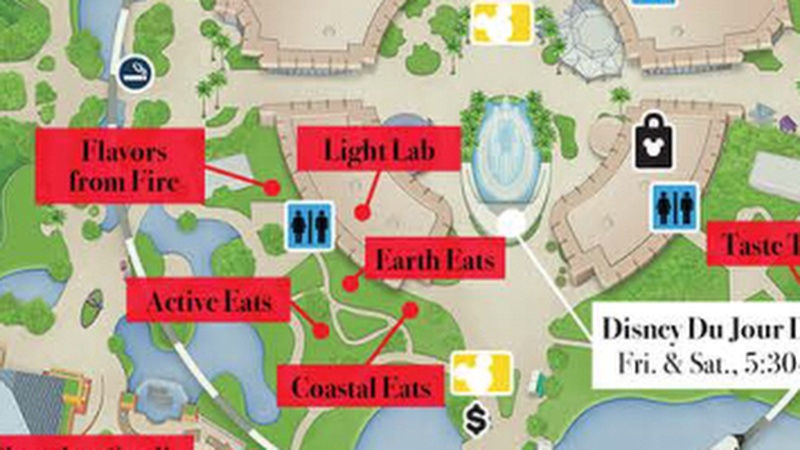 Next
Islands of the Caribbean – Epcot International Food & Wine Festival