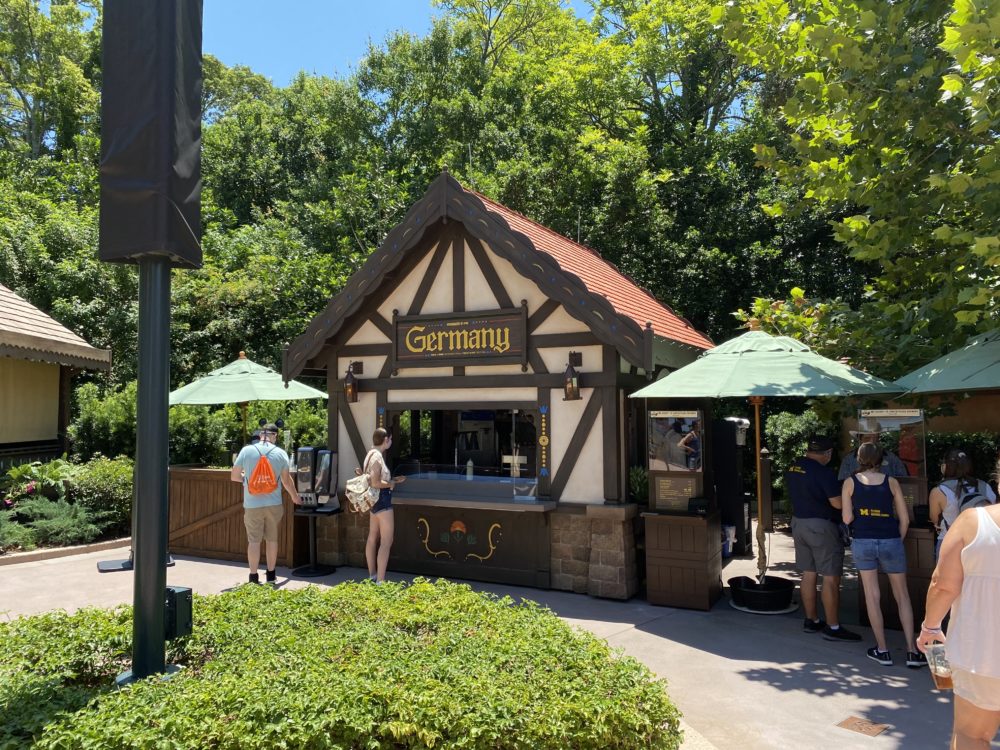 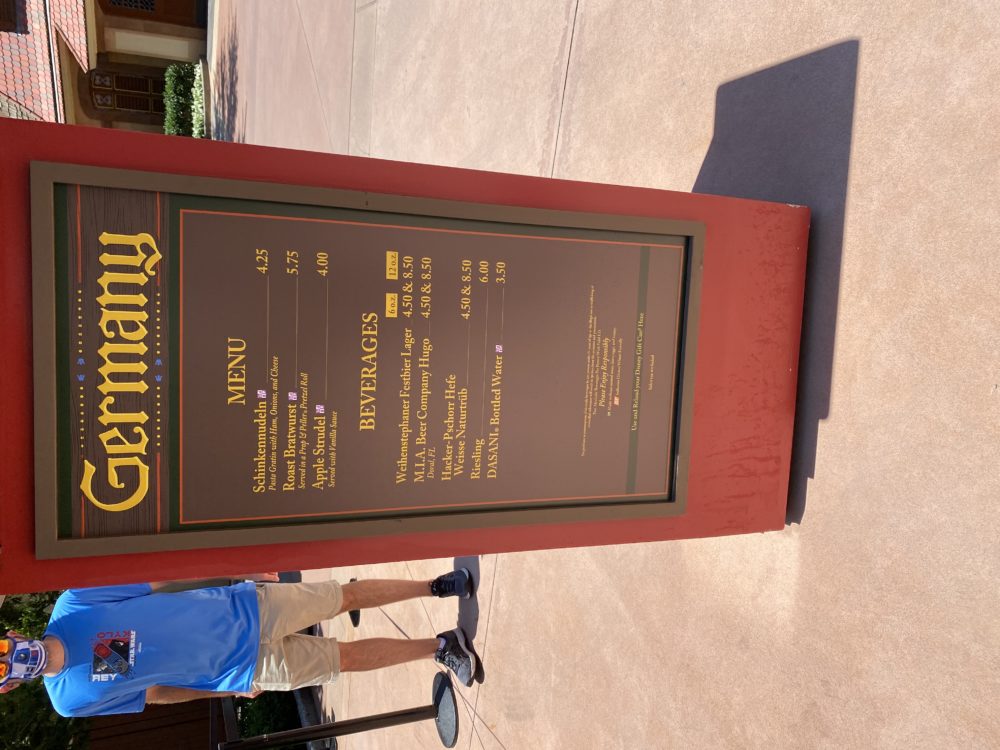 Literally one of the heaviest dishes at the festival (making it one of the best values considering taste and size for price), this baked mac and cheese is creamy and all the right kinds of delicious. The price is up slightly from 2017, but don’t let that deter you from the cheesy goodness.

It’s a safe bet, it’s good for everyone. The actual brat is nothing crazy, but it’s well done. Standard pretzel bun with a standard mustard dipping sauce.

While not particularly exciting, this dessert has become a staple at the Food & Wine Festival. The crispy and flaky exterior holds in large chunks of well-cooked apple and cinnamon with a plentiful side of vanilla sauce. Recommended, especially at the price.

A light, easy-drinking German lager. It’s a good everyday drinking beer, it’s about as standard of a lager that you’ll find.

From correspondence with M.I.A. Beer Company’s Production Manager Rory Malloy: “Our Hugo beer is modeled after the Aperitif drink of the same name, [which is] normally [made of] prosecco, elderflower syrup, [a] sprig of mint and sometimes some lime. We took a base of American Light lager… [and] switched up the hops to give a slight lime tartness, then added elderflower and mint during its lagering stage. This is a very refreshing beer. [It] pours very clear with pillowy white head, [and] drinks very easy with a super clean finish. Moderate alcohol content and low IBU allow you to enjoy a few.”

From Hacker-Pschorr: “Our unfiltered Hacker-Pschorr Weissbier is naturally cloudy, full-flavoured and uniquely refreshing. Georg Pschorr – in his day owner of the Pschorr brewery and a man of true foresight – spread word of this exquisite and enjoyable Hefe-Weissbier and made it popular beyond the borders of Bavaria.”

The Germany Marketplace Booth is conveniently located adjacent to the Germany Pavilion on World Showcase Promenade.