From Imagineer Tom Fitzgerald on the Disney Parks Blog: 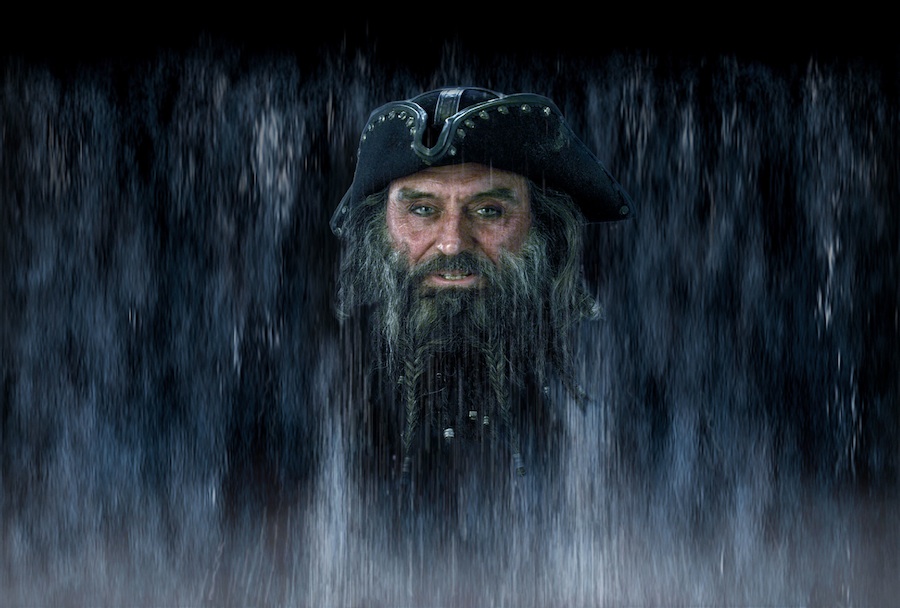 On February 11, actor Ian McShane appeared on a soundstage in Los Angeles for a very special “head shot” – one that will soon be featured in the Pirates of the Caribbean attractions at Disneyland park and Magic Kingdom Park at Walt Disney World Resort.

Captain Blackbeard will make his appearance on the ghostly waterfall in the grotto scenes of the park attractions beginning May 20, coinciding with the release of the new film, “Pirates of the Caribbean – On Stranger Tides,” in which McShane plays a starring role.

Walt Disney Imagineering writer Michael Sprout (who wrote the script for Bill Nighy as Davy Jones several years ago) was on hand to direct the special shoot with Ian McShane. Michael said, “He came in wearing his complete Blackbeard costume, including the sword, saying it helped him stay in character!”

Look for Blackbeard soon in this classic attraction, and the return of Davy Jones later this year.

TagsAdventureland Pirates of the Caribbean