Disney Parks After Dark: ‘its a small world’ Holiday

By Paul Hiffmeyer from the Disney Parks Blog:

During the Holidays at Disneyland Resort, there are so many beautiful decorations to see and photograph, but I seem to spend a little more time at “it’s a small world“ Holiday. Below are a few photos I would like to share with you. For this first one, I exposed for the lights, turning the guests that were taking photos or just enjoying the view into silhouettes. 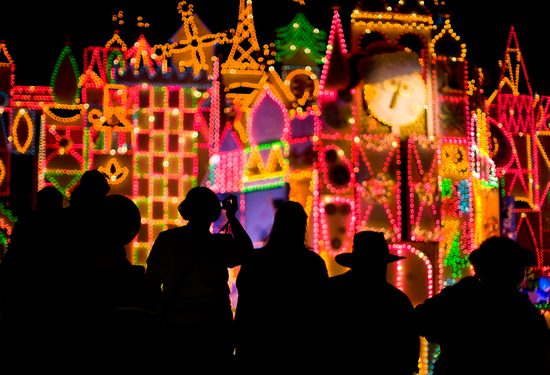 For the next photo, I used a 25-second exposure so that the boats would blur and not be noticeable in the foreground. 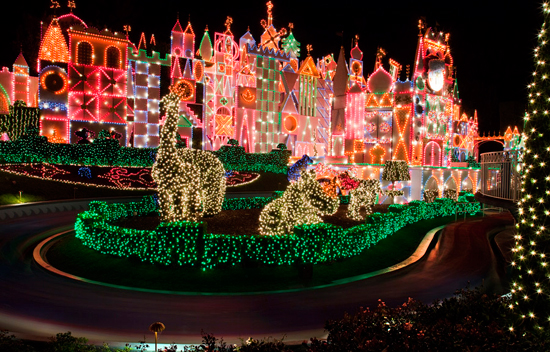 The final photo was taken just as the fog was rolling in one early morning. What I like about this photo is that the fog separates the topiaries from the background so they stand out instead of blending into the lights. 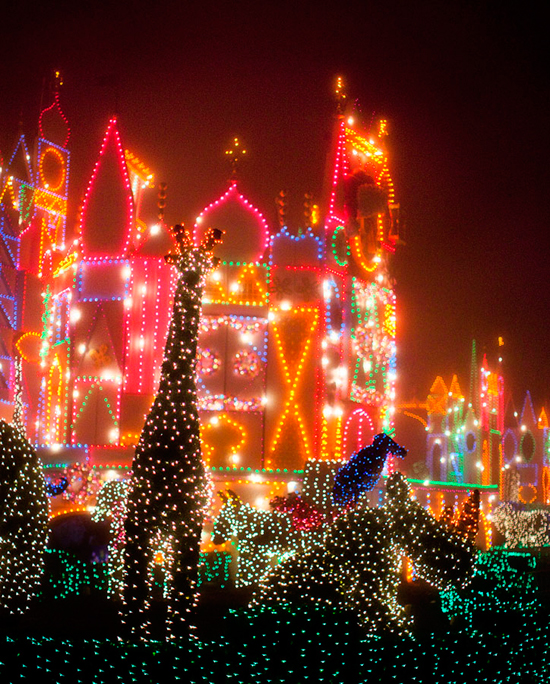