24 Hours of Fun and Entertainment in Three Disney Parks

Disney has given us a sneak peek into the entertainment schedule for the Magic Kingdom, Disneyland and California Adventure for the special 24 hour event on May 24th, 2013.

We’re just one week away from our next Limited Time Magic event, the huge Disney ParksMonstrous Summer All-Nighter on May 24! Pam Brandon and Steven Miller will be along later to share details about some of the great food and merchandise you can expect to find, but first I’d like to tell you more about the special entertainment we have in store. 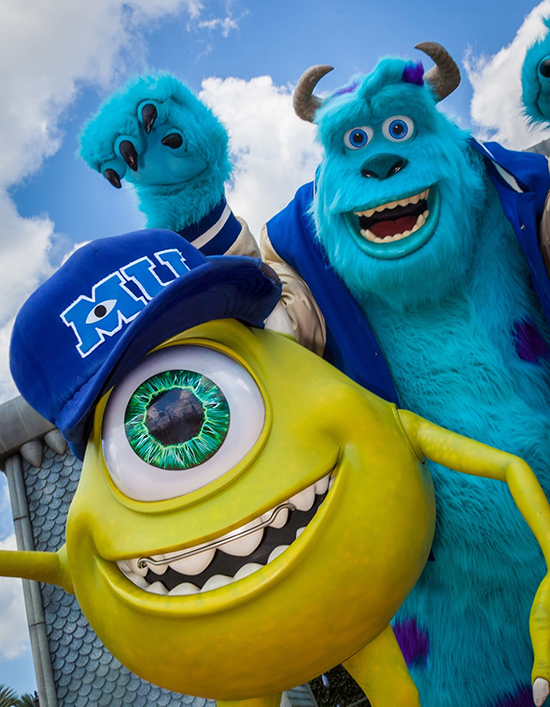 Everything kicks-off with special opening moments in front of the parks, leading up to 6 a.m., and then you’re off and running for 24 hours of fun!* Many of your usual favorite characters and shows will be happening throughout the day, but we also have some extra things planned just for this event.

At Magic Kingdom Park, Mike and Sulley from this summer’s new Disney•Pixar film “Monsters University” will pop in to “scare up” some excitement at the “Move It, Shake It, Celebrate It!” Street Party, and serve as Grand Marshals during a special pre-parade, complete with a cheer squad, flag corps and a marching band playing the MU Fight Song! You can catch this procession just ahead of each of that day’s two performances of the “Celebrate a Dream Come True” Parade. In Tomorrowland, the Rockettower Plaza Stage plays host to a “Monster Mania” DJ Dance Party from 4 – 9 p.m. and “Monsters University Movie Night” from 11 p.m. – 5 a.m., featuring back-to-back showings of the original “Monsters, Inc.” and an opportunity to meet Mike and Sulley! Finally, you can dance the night away at Disney’s Up All Night Dance Party at Cinderella Castle, keeping things lively from 2 – 5:45 a.m.

At Disneyland Resort, the fun spreads out across two Disney Parks! Disney California Adventure park is having a Hollywood Viewing Party, screening “Monsters, Inc.” inside Muppets Theater and hosting Mad T Party outside inHollywood Land. Both start at 9 p.m. and continue through the night. Elsewhere, the “Monsters University” gang will be out and about with the new MU float from the Pixar Play Parade, happy to pose for pictures with you.

Disneyland park celebrates with a Disney Character Pajama Party, starting after midnight in Mickey’s Toontownwith classic Disney cartoons, a Mickey Mouse Party Zone with DJ and activities for kids, plus goodies available for purchase, like hot chocolate, milk and cookies and other treats. Over in Tomorrowland, there will be Star Warscharacters to meet and the TLT “Monstrous” Dance Club at Tomorrowland Terrace, where you can keep the party going from midnight to 5:30 a.m.

During the All-Nighter, the Royal Theatre at Fantasy Faire hosts a Royal Swing Ball, with a live band from 10 p.m. – 1:40 a.m., and beginning June 15 the “Jump, Jive, Boogie Swing Party” will return to the Royal Theatre for select nights during the summer. Keep an eye on the calendar page on Disneyland.com for dates and information.

So whether you’re heading to Disneyland Resort or Walt Disney World Resort for the Disney Parks Monstrous Summer All-Nighter, you’re in for a monster-sized good time!

Next
The Monorails: Live at Port Orleans Resort