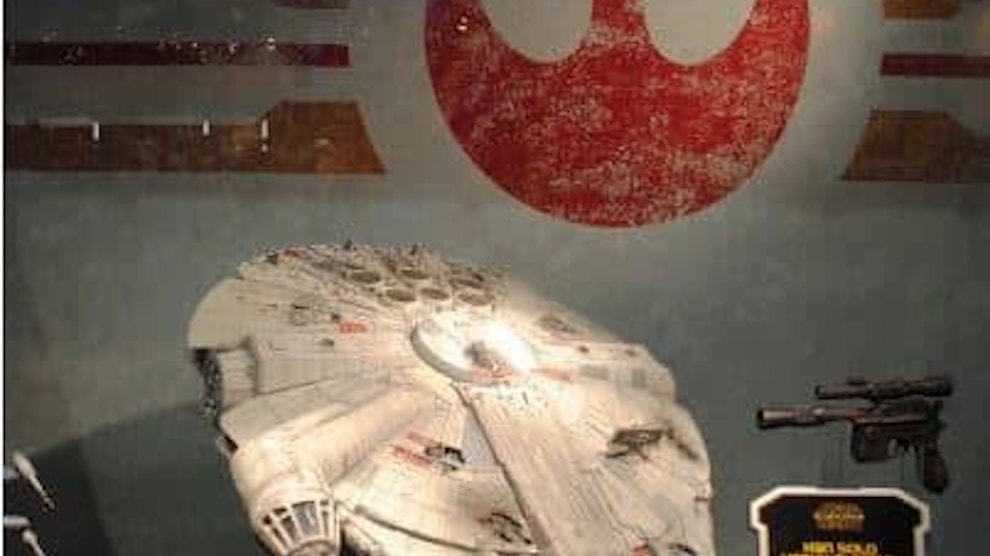 As what sometimes seems like the entire civilized world waits for the next installment of the Star Wars film juggernaut and theme park fans gaze into the night skies for a clues about the shape of the films’ brick and mortar edifies at Disneyland and Walt Disney World, a slight peek forward and long look back at the Lucas Universe, Star Wars: Season of the Force opened Monday November 16 at Disneyland.

This re-skinning of Disneyland’s Tomorrowland as Season of the Force, is certainly a placeholder for the full scale Star Wars land now beginning construction, but that doesn’t make this temporary fare insignificant. It uses the resources and rides of the area as a temporary exposition space, and arguably, the most ambitious movie promotion ever mounted.

This temporary fare elevates the area with the look and tone of the previous and upcoming films while building buzz for what is widely expected to be the highest grossing film of all time. It does that with a handful of “pavilions” and overlays at familiar Tomorrowland attractions. 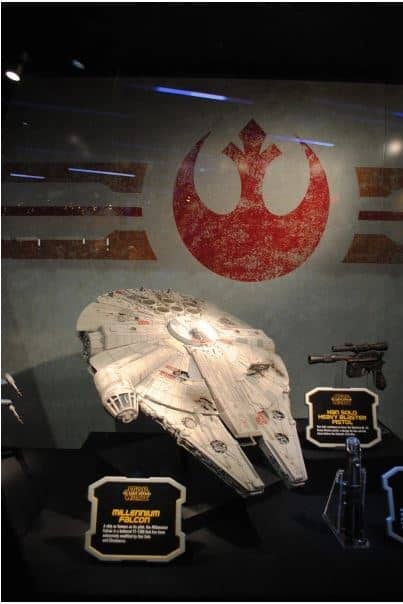 Star Wars Launch Bay: Located in the former Innoventions/Carousel Theatre is primarily a photo meet & greet with Darth Vader and Chewbacca presenting considerable wait times. But not for lack of trying. Multiples of each of the characters, à la Mickey’s House, are tackfully deployed to at least double the capacity.  The rest of the downstairs area is essentially a “hardware” show. Here the wardrobe, weapons, and the vehicles, flying or ground-bound, of a galaxy far away, are on display in a fairly rich, art directed Star Wars environment.

The Path of The Jedi: Taking up residence in the The Magic Eye Theatre (Yes, that really is the name again…) in the Space Mountain complex. The presentation is essentially a long film trailer, including material from all of the preceding Star Wars films and the upcoming The Force Awakens. It is light on new material, but if you have ever been a fan of the series, you may start to get that familiar feeling again.  Your milage may vary.

Hyperspace Mountain: In what is certainly the best “Extreme Makeover: Space Mountain Edition” yet, this Disney Park classic get reconnoitered into an X-Wing space battle. It may be a little light on new scenes, and the additions probably wouldn’t pass muster on a long term basis. But when you are speeding through “outer space” at great speed, the new sights work pretty well.

Miraculously, this change was accomplished behind the scenes without significant downtime to the attraction, just a few late morning openings. This highlights Disneyland’s and Walt Disney Imagineering’s “out of the box” creativity, the blessing of proximity, and their willingness to use the So. Cal. Parks as a living laboratory. Lucky us!

Star Tours (with The Force Awakens themes): All Guests will see the new footage as a prelude to the normal randomized scenarios. Warning: This small change and the adventure that follows may serve to remind you that Star Tours is still one of the best simulator rides around.

Various Marvel Universe ephemera is on display on the upper level of the Tomorrowland Expo Center at Super Hero HQ, where guests can also now meet Thor or Spider-Man in meet and greet experiences.

Giant movie promotion or not, Season of the Force brings a pulse to Tomorrowland, especially at night when dramatic lighting and the stars in the sky add to the atmosphere. And even for a minute, that awkward looking, sometimes rotating antenna/sculpture on the upper level where the Rocket Jets used to be looks okay… Maybe.

REVIEW: “Put Me in the Story – Star Wars: The Force Inside” np
Epcot International Flower and Garden Festival 2016 Expands to 90 Days