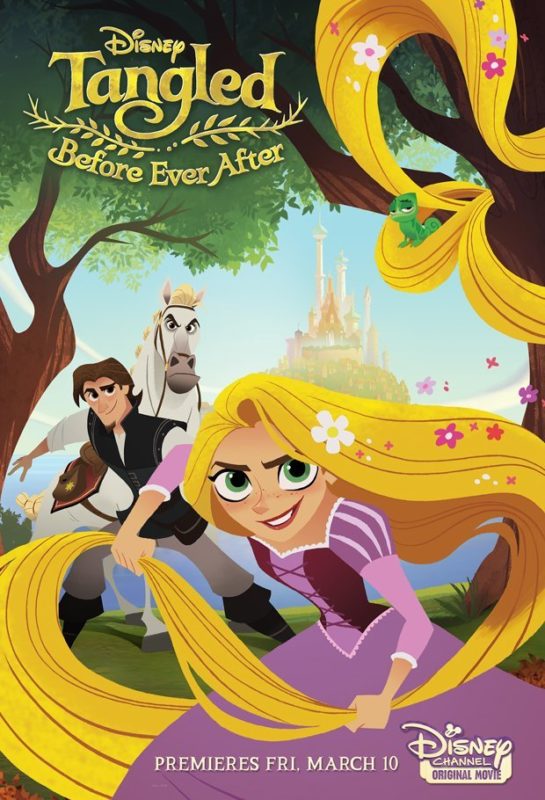 Disney has announced the premier dates for both Tangled Before Ever After and Tangled: The Series.

Both the Disney Channel Original Movie and new Disney Channel Series will be out this Spring, which is surprisingly soon. On March 10 at 8 p.m. ET Tangled Before Ever After will have its debut on Disney Channel. Just a few weeks later on March 28, the first episode of Tangled: The Series will air at 7:30 p.m. ET.

Both the Disney Channel Movie and the series will take place in between the events of Tangled and Tangled Ever After (hence the name “Before Ever After”). In the new movie, Rapunzel encounters a magical rock that causes her long blonde hair to re-grow.

Mandy Moore and Zachary Levi are set to reprise their roles as Rapunzel and Eugene, while Eden Espinosa will make her debut as Cassandra, Rapunzel’s new friend.