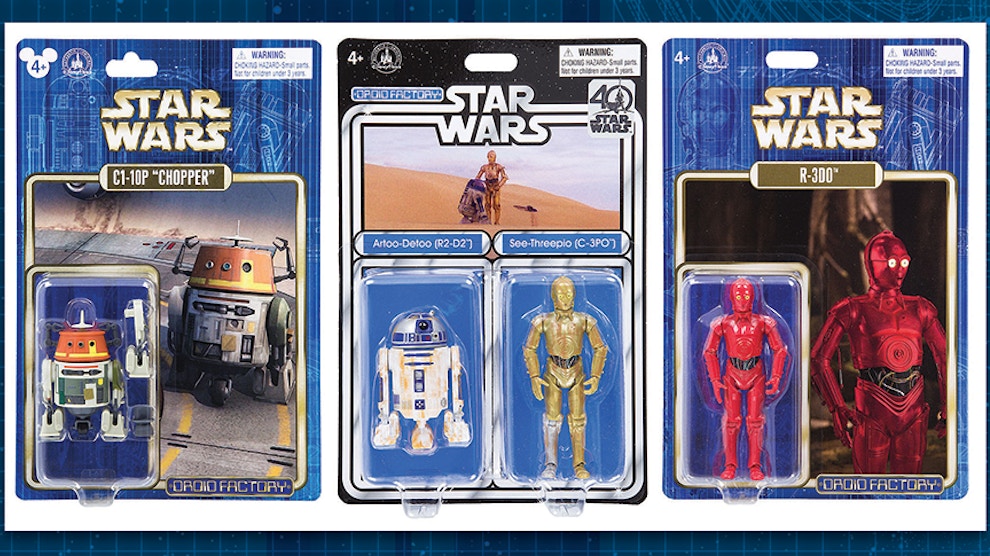 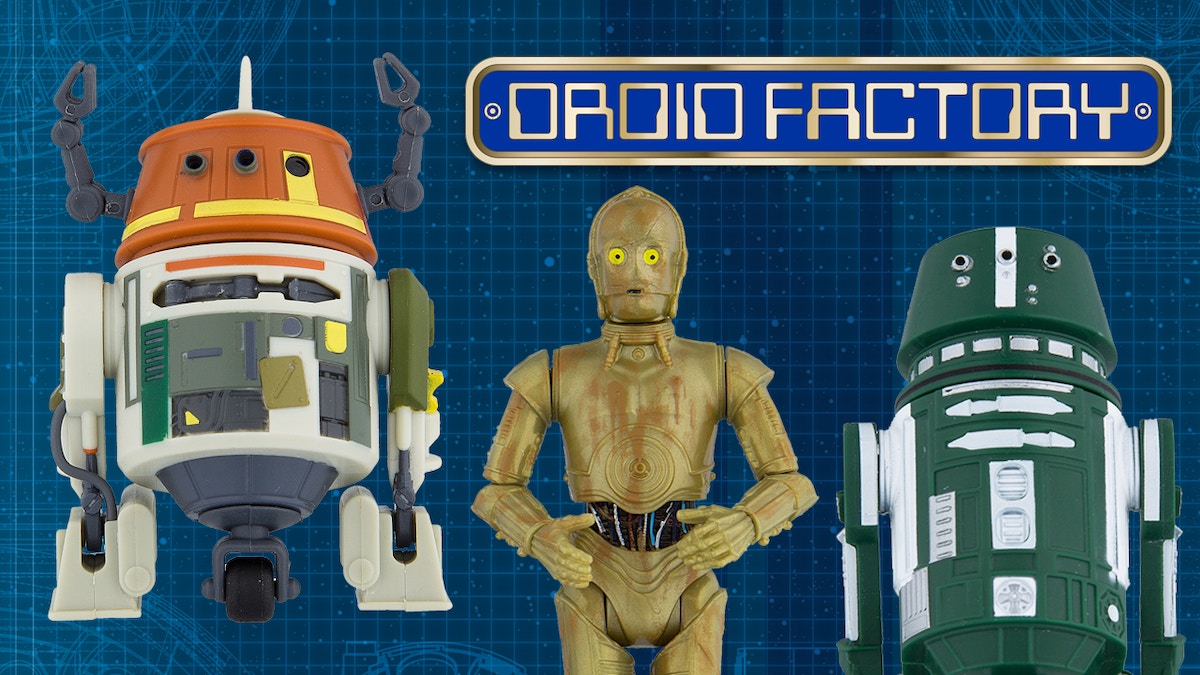 This month, Disney is rolling out a limited release, boxed set with four Astromech droid action figures inspired by characters from the animated series, “Star Wars: The Clone Wars.” 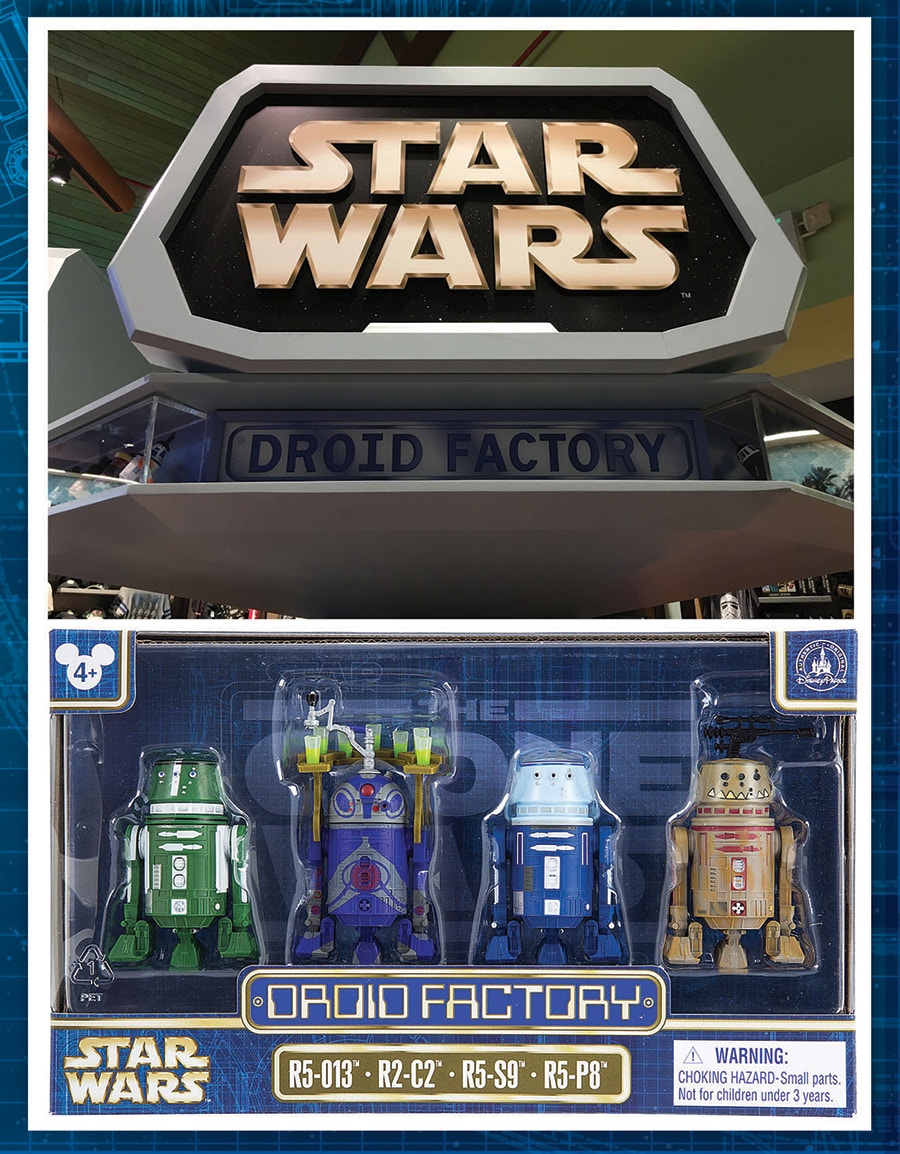 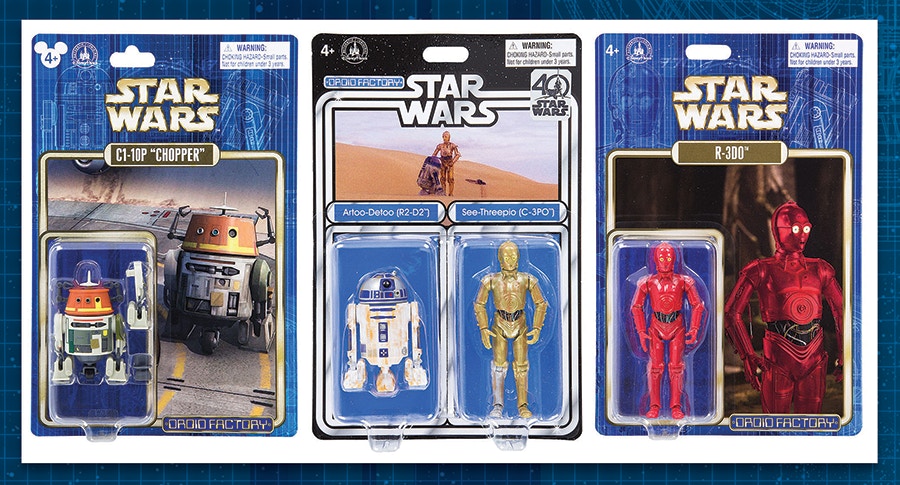 This will be the introduction of protocol droids to the Droid Factory line at Disney Parks. There has been no word as of yet if you will be able to build them in addition to Astromech Droids at the Disney Parks locations somewhere down the line, but it seems likely. 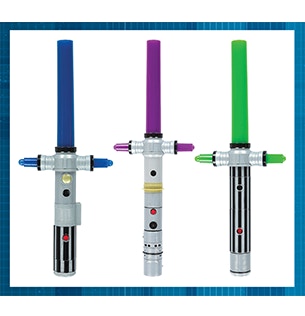 Other products include three emitters for the popular Star Wars Build-Your-Own Lightsaber experience at Disney Parks. These items were inspired by lightsabers seen in Star Wars Rebels. 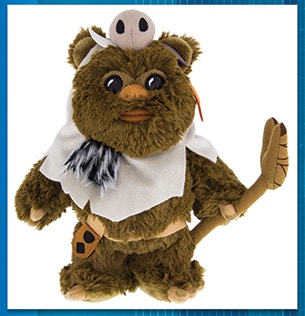 Finally, look for a plush Ewok scout named Paploo as seen in Star Wars: Episode VI Return of the Jedi. This is the 12th character from the limited release Ewok plush collection, and was created especially for Star Wars Celebration 2017.

These products will debut in Booth 3463 at Star Wars Celebration, a Star Wars fan event coming to the Orange County Convention Center in Orlando, Florida from April 13-16, 2017. On April 17, guests may find action figures and the Build-Your-Own Lightsaber parts in select merchandise locations at Disneyland and Walt Disney World Resorts.