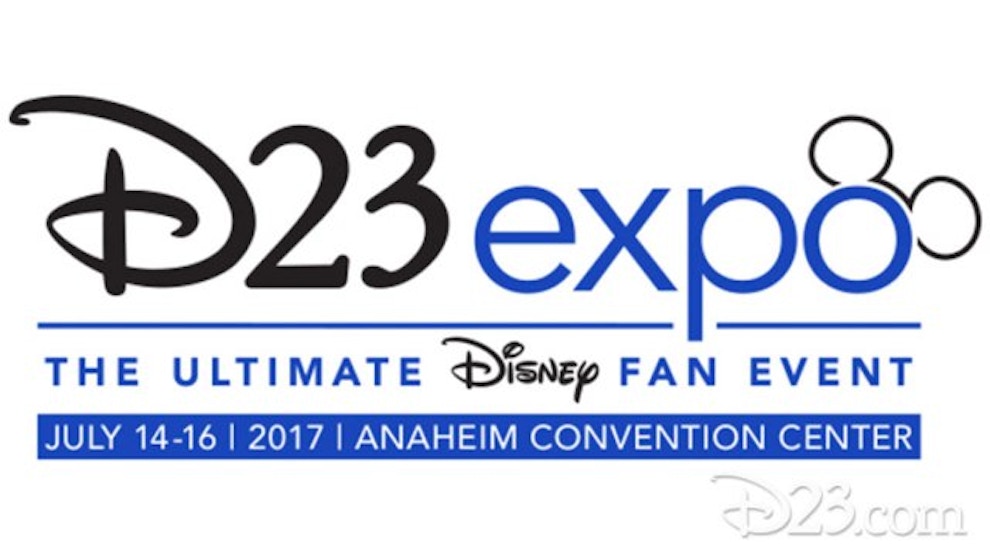 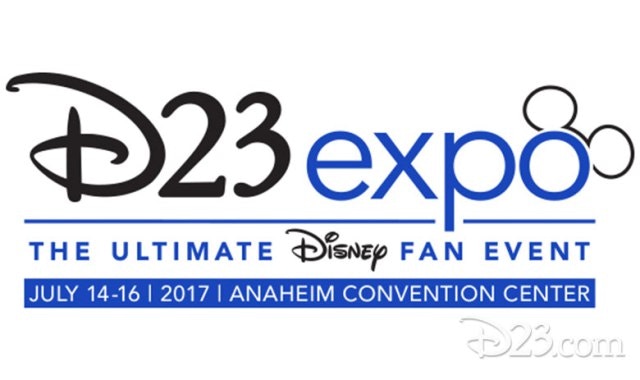 ‘Celebration of an Animated Classic: The Lion King’ Event Announced

At two marquee Hall D23 presentations, the Studio will give fans a behind-the-scenes glimpse at its upcoming releases, with animated films from Walt Disney Animation Studios and Pixar Animation Studios showcased on Friday, July 14, and live-action projects from Disney, Marvel Studios, and Lucasfilm taking the stage on Saturday, July 15.

Disney, Pixar, Marvel, and Lucasfilm are responsible for some of the world’s biggest movie hits, including recent blockbusters such as Disney’s Beauty and the Beast, Pirates of the Caribbean: Dead Men Tell No Tales, and The Jungle Book; Walt Disney Animation Studios’ Zootopia and Moana; Pixar Animation Studios’ Inside Out, Finding Dory, and Cars 3; Marvel Studios’ Guardians of the Galaxy Vol. 2, Doctor Strange, and Captain America: Civil War; and Lucasfilm’s Star Wars: The Force Awakens and Rogue One: A Star Wars Story. While the films to be featured in Hall D23 will remain under wraps until showtime, the Studio’s upcoming slate includes Pixar’s Coco; Marvel Studios’ Thor: Ragnarok, Black Panther, and Avengers: Infinity War; Lucasfilm’s Star Wars: The Last Jedi; Disney’s A Wrinkle in Time and Mary Poppins Returns; Walt Disney Animation Studios’ Ralph Breaks the Internet: Wreck-It Ralph 2; and more.

In addition, a new event has been announced for Sunday, July 16, at 10 a.m. in the D23 Expo Arena: Celebration of an Animated Classic: The Lion King. Producer Don Hahn, director Rob Minkoff, animators Tony Bancroft and Mark Henn, and special guests will be in attendance during this not-to-be-missed look back at the timeless and beloved Disney animated film.

Were you there in 2015 when Ellen DeGeneres and Dwayne Johnson wowed the crowds? When Zootopia’s sloth scene screened for the very first time? And when Randy Newman, Buzz Lightyear, and Woody celebrated the 20th anniversary of Toy Story? Then you know the Animation presentation at Hall D23 is a MUST. Join host John Lasseter, chief creative officer of Pixar and Walt Disney Animation Studios, as he presents Pixar and Walt Disney Animation Studios: The Upcoming Films. Never-before-seen footage from Pixar’s upcoming feature Coco and Disney Animation’s Ralph Breaks the Internet: Wreck-It Ralph 2 will be unveiled, as well as surprise announcements, musical performances, and appearances by star voice talent. Cell phones, cameras, and all recording devices will be checked for this presentation.

The Walt Disney Studios is home to the biggest and most beloved brands in filmmaking today, with a number of highly anticipated projects from Disney, Marvel Studios, and Lucasfilm in the works. At this exclusive Hall D23 presentation featuring never-before-seen footage, surprise star appearances, and more, you’ll get a behind-the-scenes glimpse at an exciting array of spectacular films on the horizon from these world-class studios. Cell phones, cameras, and all recording devices will be checked for this presentation.

The Power of the Princess

Walt Disney Animation Studios invites you to The Power of the Princess, featuring Jodi Benson (Ariel), Paige O’Hara (Belle), Anika Noni Rose (Tiana), and Auli‘i Cravalho (Moana)—the talented actresses who brought these iconic characters to life—as they share stories of making their films and the impact of their characters on people around the world. Hosted by Walt Disney Animation Studios animators Amy Smeed and Kira Lehtomaki.

Creating the Worlds in Pixar’s Universe

Pixar’s films are filled with beloved characters living in relatable yet previously unimagined worlds. Join Pixar production designers and artists who have created the mountain tops, oceans, and “monstropolises” in which your favorite characters live. These artists create the setting and cultivate the mood of every scene using extensive research, incredible imagination, and each individual director’s vision, giving life to the amazing worlds in Pixar’s movies.

Be among the first to see both exclusive and behind-the-scenes footage from Walt Disney Animation Studios’ newest Frozen holiday featurette, the highly anticipated Olaf’s Frozen Adventure. The film, which features the talents of the original Frozen cast, as well as brand-new songs, is directed by the Emmy®-winning team Stevie Wermers-Skelton and Kevin Deters (Prep & Landing) and produced by Oscar®-winning producer Roy Conli (Big Hero 6, Tangled).

The Evolution of Pixar’s Characters

From the waves in their hair to the shoes on their feet, Pixar characters are designed to be full of personality and to tell a story. Hear from the legendary Pixar artists who have created the most memorable characters in Pixar’s history. These are the visionaries who start with an initial doodle and see the evolution of a character through to final animation—the people who let technology influence the art and make the impossible, possible.

Celebration of an Animated Classic: The Lion King

Join a Disney celebration of the magic, the music, and the majesty of the animated classic The Lion King. Producer Don Hahn, director Rob Minkoff, and animators Tony Bancroft and Mark Henn, along with some very special guests, reveal the secrets behind the making of the timeless animated classic.

Join us as we commemorate the 75th anniversary and Walt Disney Signature Collection release of Bambi, the endearing, timeless tale of a wide-eyed fawn that has touched generations. Audiences can look forward to hearing personal stories from the voice cast, anecdotes behind the making of this film and its exquisite hand-drawn artwork, and much, much more. It’s groundbreaking animated classics like Bambi that were created or inspired by the imagination and legacy of Walt Disney and still influence many great visionaries and animators today.

ALL WEEKEND ON THE D23 EXPO SHOW FLOOR

At the Marvel Studios Pavilion, fans will get an up-close look at the costumes and props from Thor: Ragnarok, including photo opportunities with exclusive set pieces from the film, as well as incredible costumes from Black Panther. Marvel Studios will host multiple giveaways and events within its pavilion space in Hall B. Fans will get the chance to meet with Marvel Studios’ filmmakers, development team, and talent. Exclusive artwork will be given away daily, along with other surprises. Details on talent appearances and special signings will be made available on the D23 Expo app.

Disney Music Emporium, the online destination for collectible Disney music products, returns to D23 Expo 2017 with a pop-up store on the show floor. Over the three-day Ultimate Disney Fan Event, the Emporium will feature album signings by artists and award-winning composers. Limited quantities of a wide assortment of music products will be available, including new releases from Marvel, Moana, Beauty and the Beast, and Disneyland attraction picture discs, plus lithographs, Crosley turntables, and posters. For a complete list of talent appearances and album signings, visit http://waltdisneyrecords.com/d23expo/signings.html.

Throughout the D23 Expo 2017, Disney fans will be able to experience a unique augmented reality photo booth presented by Disney Movie Rewards, the premier loyalty program for all your favorite Disney Movies. Fans will be able to earn mystery points which can be used for great rewards like Blu-rays, movie tickets, and exclusive collectibles only available at DisneyMovieRewards.com. Disney Movie Club, the ultimate source for building your Disney movie library, will also be there hosting a special augmented reality gallery. Come by for free giveaways and a special sign up offer just for D23 Expo 2017 attendees. For more magic and savings visit DisneyMovieClub.com.

The subscription, video-on-demand service Disney Family Movies provides the ultimate in family entertainment from one of the world’s largest film libraries, giving viewers unlimited access to a selection of beloved classic and contemporary films and animated shorts from The Walt Disney Studios. Each of the 12 titles remains in rotation for a month, with new movies added weekly. Stop by our booth in Hall C to learn about this fun service, available through your television provider.

Tickets for D23 Expo 2017 are available for $81 for one-day adult admission and $59 for children 3–9. Members of D23: The Official Disney Fan Club can purchase tickets for $72 for a one-day adult admission and $53 for children 3–9. Multi-day tickets are also available. For more information on tickets and D23 Expo 2017, visit D23Expo.com.