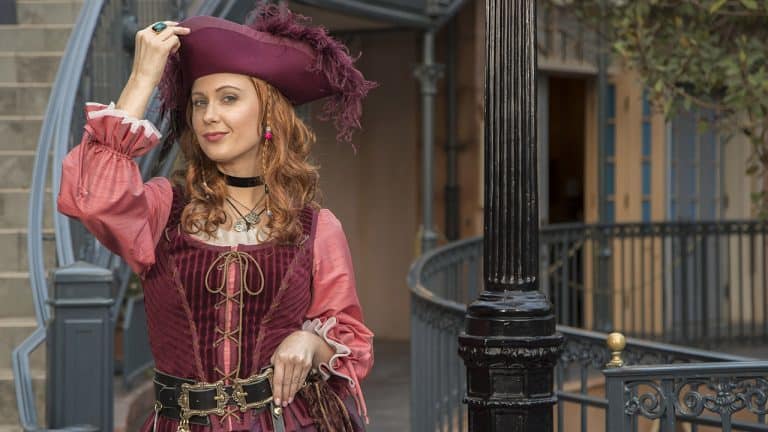 Redd, the controversial reboot of the famed “Redhead” character from Pirates of the Caribbean, makes her walk-around debut at Disneyland’s New Orleans Square starting Friday, June 8th. The premiere coincides with the reopening of the ride, where the redheaded pirate will take on the role of the auctioneer, selling goods (and livestock) plundered from the townsfolk, replacing the previous “Take a Wench for a Bride” scene.

The character became an instant debate amongst Disney fans upon the announcement of the change last year, with many hailing the change for giving the character a more empowered role, while other decried it for unnecessarily altering the beloved attraction.

Only time will tell if this new iteration of the famed character can rise through the ranks of fan favorites.