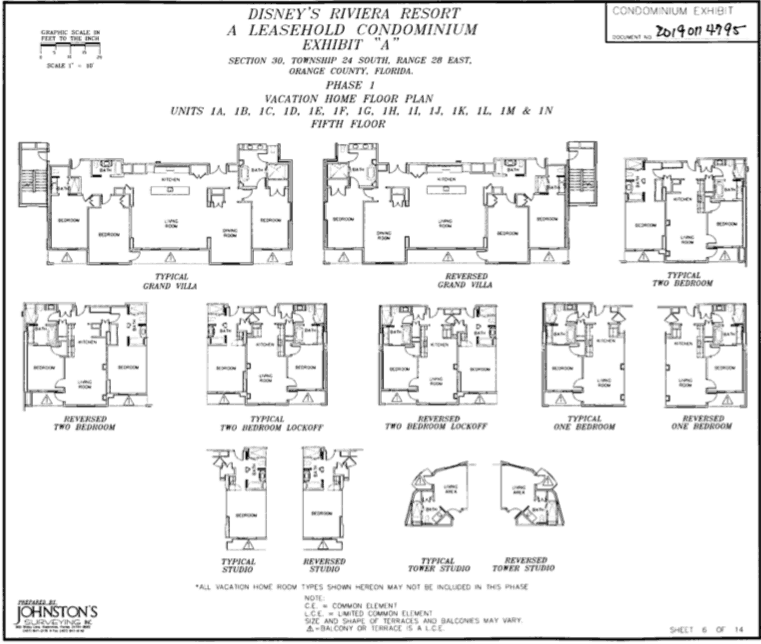 We got a first look at Disney’s Riviera Resort rooms concept art and floor plans in late January, but with the DVC resort’s grand opening nearing, Disney Vacation Club has filed a series of documents with the Orange County Comptroller. According to DVCNews.com, timeshare declarations filed include all villas on the 5th floor along with the westernmost wing of both the 6th and 7th floors.

Here’s a breakdown of what Villa types are available:

This is what will be available when DVC begins accepting reservations for Riviera Resort, with the remaining 300 rooms available to the public (and eventually gradually added to DVC inventory with increased point sales.) 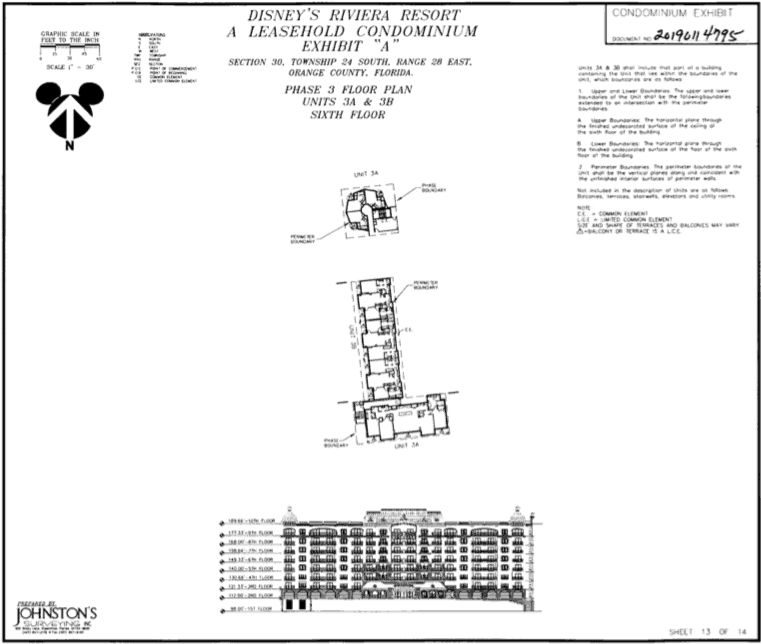 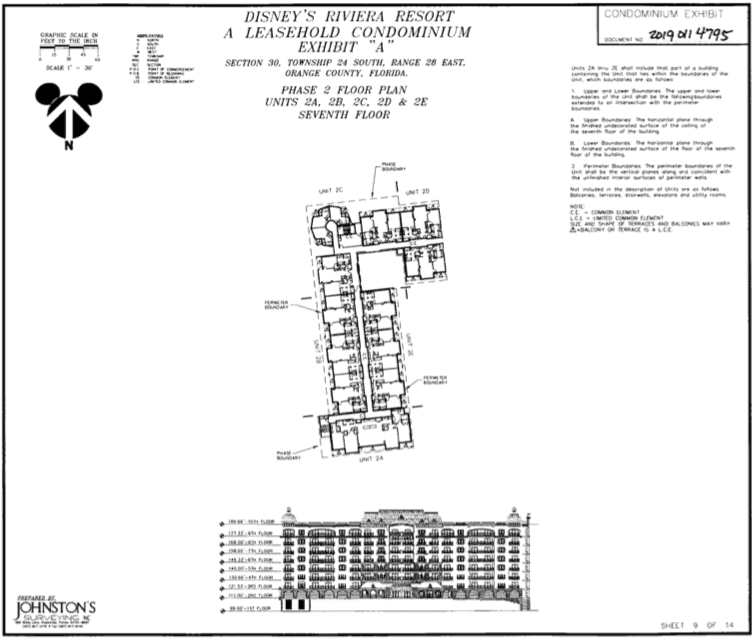 Owners booking with their points aren’t limited to just those villas. Cast Members can place DVC members in any available villa throughout the resort, as long as it matches their original reservation type.

“Standard” and “Preferred” categories will apply for the Studio, One-Bedroom, and Two-Bedroom villas. Tower Studios and Grand Villas do not appear to have any point differential for different views.

Here’s an approximation of points per night for each Villa and category:

Those looking to buy into Disney’s Riviera Resort will also have the option to purchase Guaranteed Week contracts. For additional points at the initial buy-in, the Guaranteed Week option allows buyers to lock in a specific week for their vacation annually.