Yup, these suits from “Avengers: Endgame” just seem to be showing up more and more. Last year, we got our first look at a very small image of Thor and Rocket in these gray, black and red suits. Most assumed that these suits would be used by some of the Avengers to enter the Quantum Realm, as seen in “Ant-Man and The Wasp”, and time travel to prevent Thanos from acquiring the Infinity Stones before he snaps his fingers and half of the universe’s population ceases to exist. It is seeming more likely that the Quantum Realm will play an important role in Endgame, but you never know, the Russos may have other plans for the Avengers and these suits.

The latest bunch of leaks come from Steven N. Parker, and not only do we see Thor and Rocket with these fancy new duds, but also Captain America, Iron Man, Black Widow and The Hulk. Avengers: Endgame is getting closer and closer and a full trailer has got to be with us by next month. So until April 26 hits, and the movie is finally in theaters, it’s just speculation time for all of us. 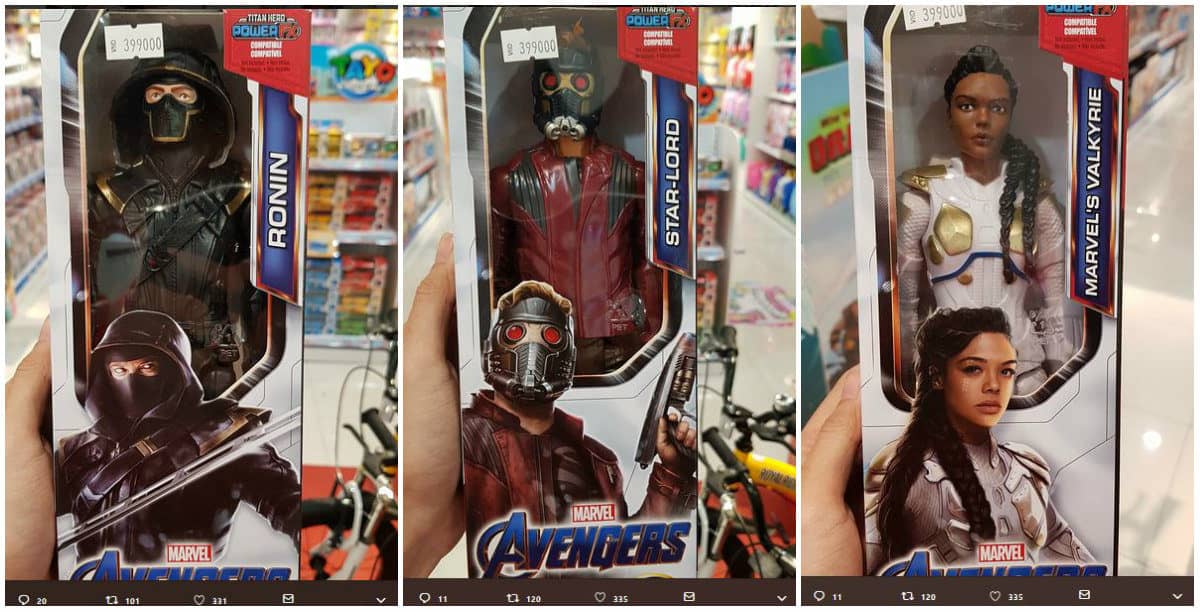 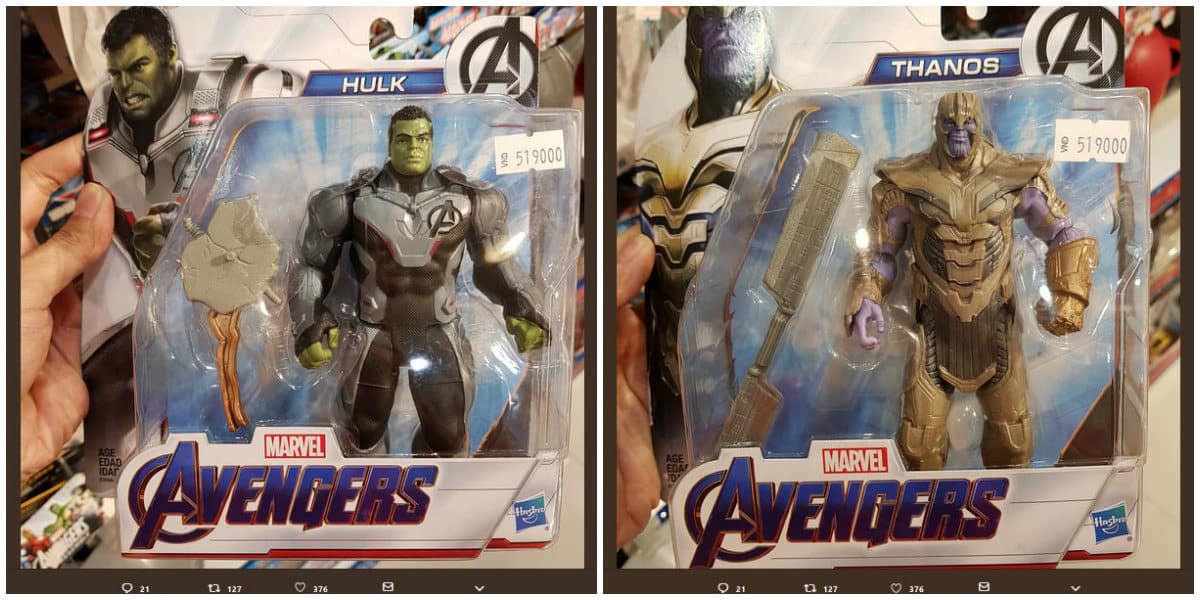 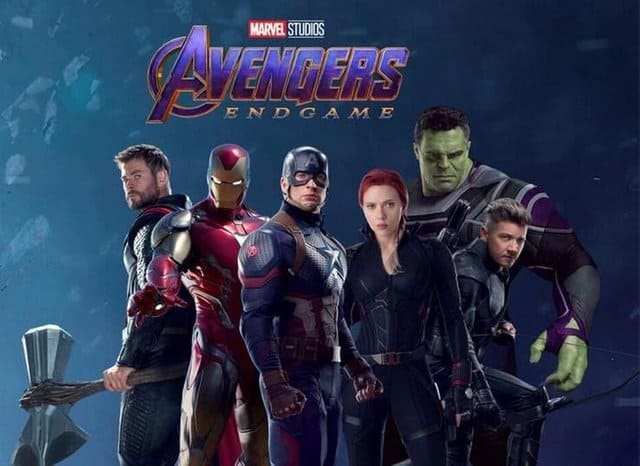 While talking with Collider, the Russo brothers have come out and said that “Avengers: Endgame” could potentially be a 3-hour-long movie. The other interesting tidbit that has been revealed is that at least 4 test screenings have occurred with some audiences and both the Russos and the audience present seem to favor not cutting anything from the version that they have seen.

In regards to the length of the movie and the test audiences reaction, the Russos had this to say:

“I think the studio is down with what the best story is. Right now, we think the movie is playing well and we’ve had great responses from our test audiences and we’re feeling very good about where it is. We’re still doing work to it. We’re not done with it. Again, this is a culmination film of 22 movies, it’s a lot of storytelling to work into it. Emotion is an intrinsic part of that to us. When you have to tell a really complicated story and you want strong emotional moments with the characters, it just requires a certain amount of real estate. This one, in particular, feels like three hours worth of real estate.”

As far as an intermission, the Russos had this to say:

“We have screened the movie four times for audiences now,” Anthony Russo told us. “For the first three screenings, not a single person got up to go to the bathroom.”

An Update On Future X-Men Movies, And Will Wolverine Be Recast? 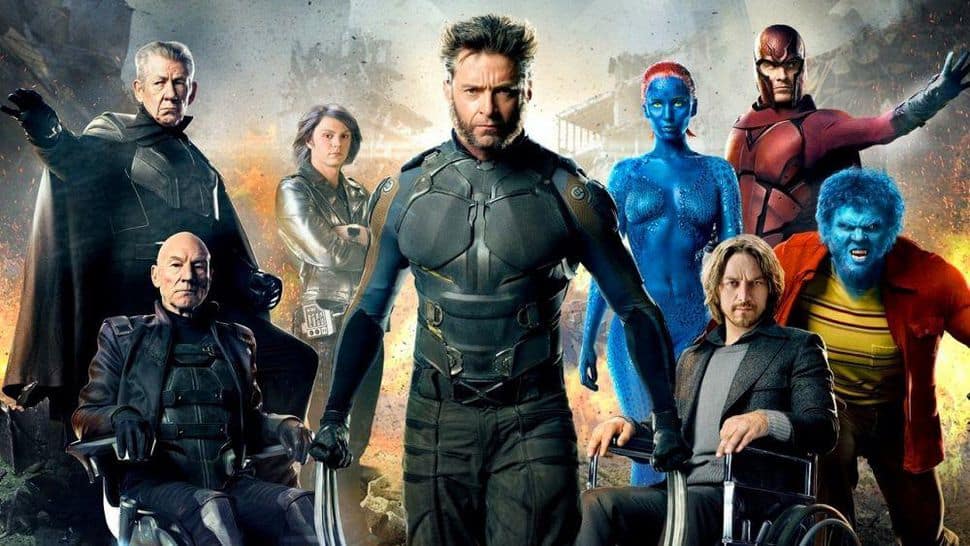 /Film recently attended the Television Critics Association, which discussed the TV series, “Legion”, and asked Lauren Shuller Donner about the future of The X-Men movie franchise and would there be a new actor playing Wolverine once the deal between Disney and Fox was official. According to Donner, Kevin Feige will be in charge of future X-Men movies and Disney is looking to recast a new Wolverine to take over for Hugh Jackman.

In regards to the X-Men:

“That would be between Fox and Disney,” Shuler Donner said. “Obviously, Kevin and I started the first one. He worked for me. He’s got a great story sense. He’s got a great ability to weave each world and weave those worlds together. I trust him and I trust that he will take care of the X-Men.”

In regards to recasting Wolverine:

“Yes,” she said. “I don’t know what Kevin’s thinking, honestly. I don’t even think Kevin knows. I think Kevin’s still dealing with this wealth of characters and trying to make sense of them.” She acknowledged that now is the time to pass the torch, or the claws as it were, from Jackman to a younger actor. “Yes, because Hugh, just the physicality of it all, just to bulk up,” she said. “This man worked so hard to bulk up, would get up at four in the morning to bulk and eat protein meals every two hours because his natural state, they used to call him Worm when he was a kid. So his natural state is a very skinny guy. Once you reach a certain age, the body just won’t go anymore. I think he was wise to say, ‘I’m at that point. I can’t do it.’ Now, that doesn’t mean he can’t come back as older Wolverine. You never know. Future Wolverine, you never know.” 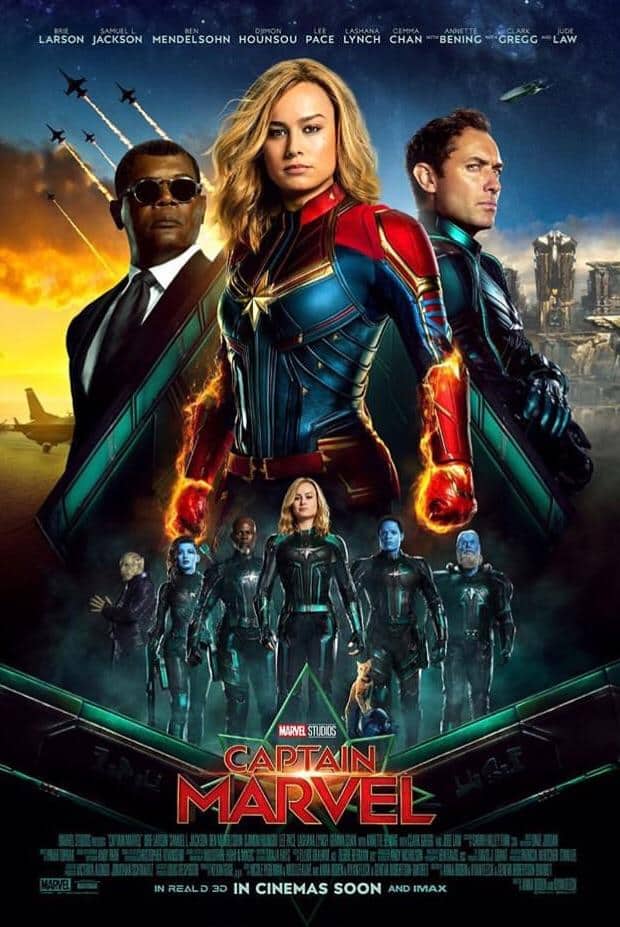 Marvel recently released a new international poster for “Captain Marvel”. In this poster, we get a good look at Captain Marvel standing side-by-side with her Starforce team. 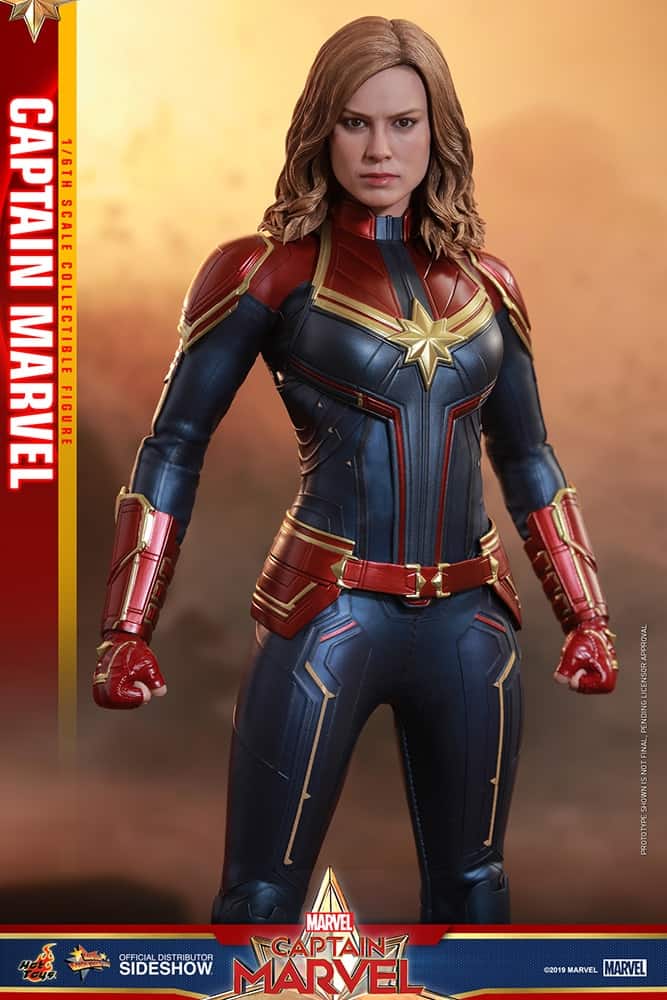 Oh, yeah! She is coming! Less then a month away now. And to celebrate this occasion, SideShow and Hot Toys are releasing the latest Marvel Sixth Scale Figure and it is of Captain Marvel herself! 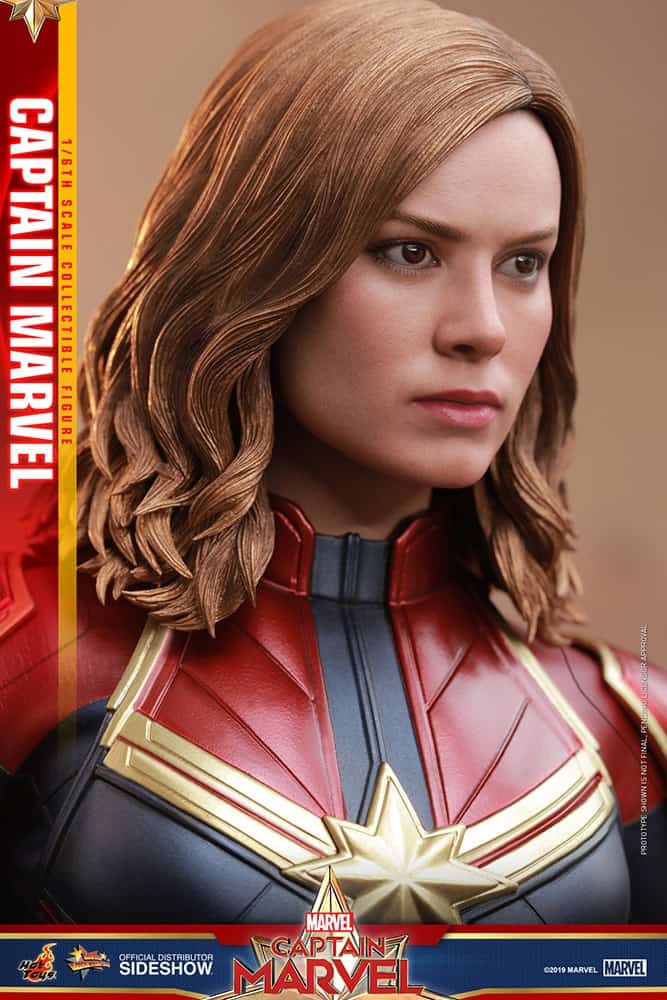 One of the most anticipated movies of 2019, Captain Marvel is getting ready for her close-up! The film follows an Earth-trained pilot Carol Danvers a.k.a. Captain Marvel, a powerful hero with strong sense of duty and honor. In the middle of a galactic war between two alien races, she protects the Earth from extraterrestrial threats with her unimaginable ability. Given immense popularity of the character, Hot Toys is proud to introduce Captain Marvel 1/6th scale collectible figure prior to the epic release. 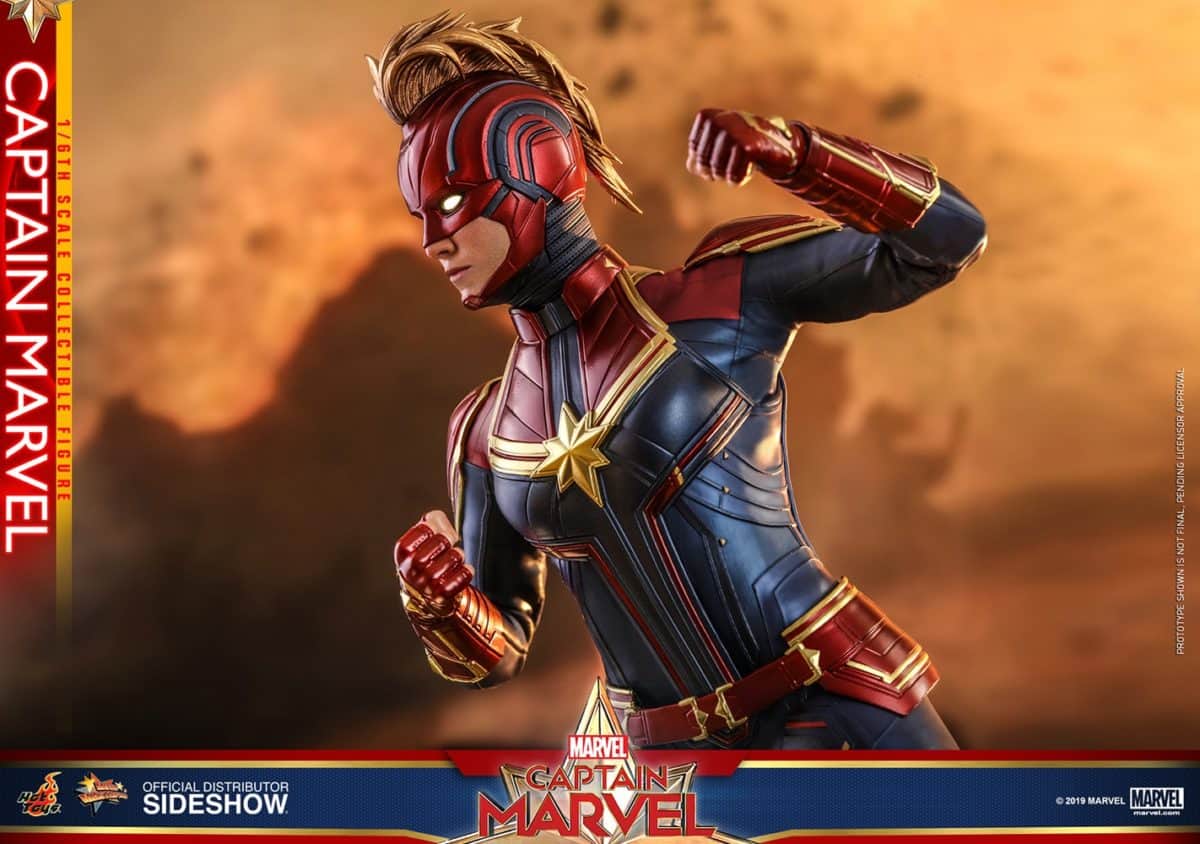 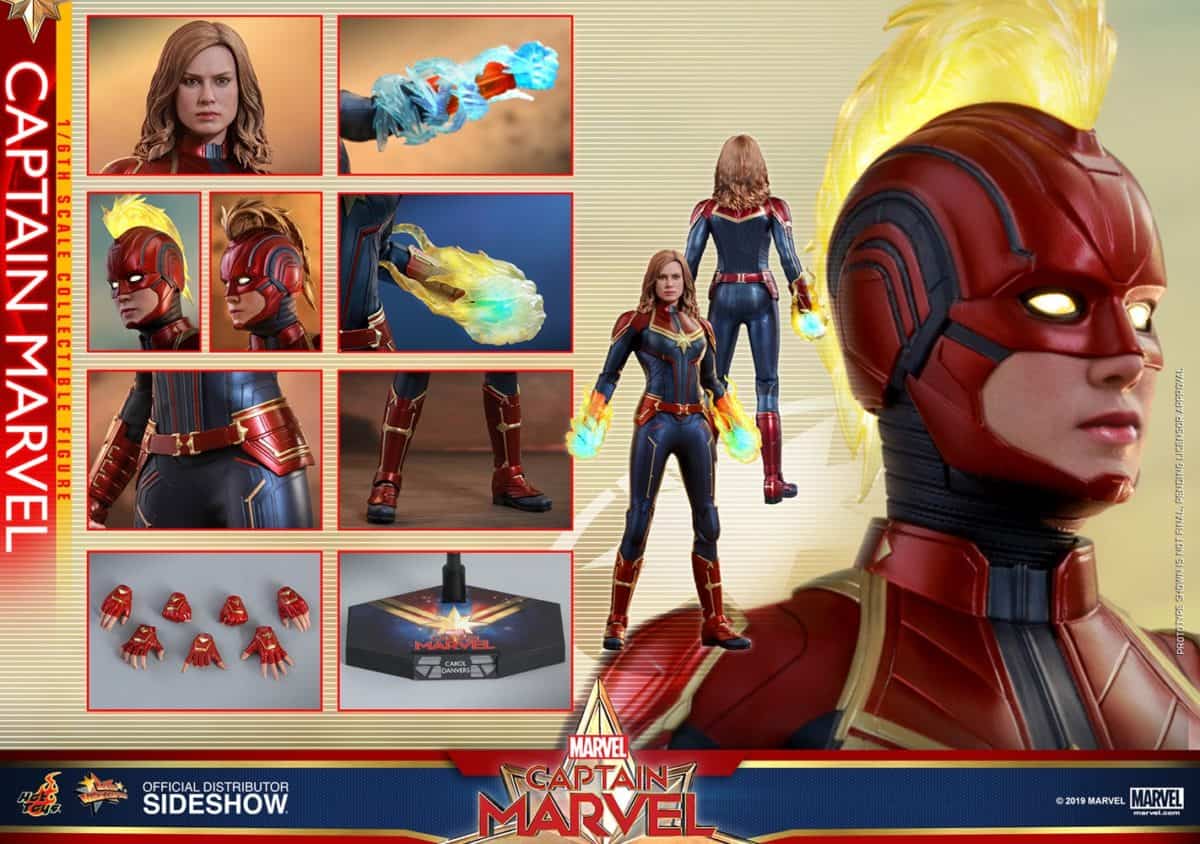 The latest Captain Marvel collectible figure is a perfect way to show off your super powers!

That’s it for this time! Stay tuned for the next Marvel News Mash-Up.