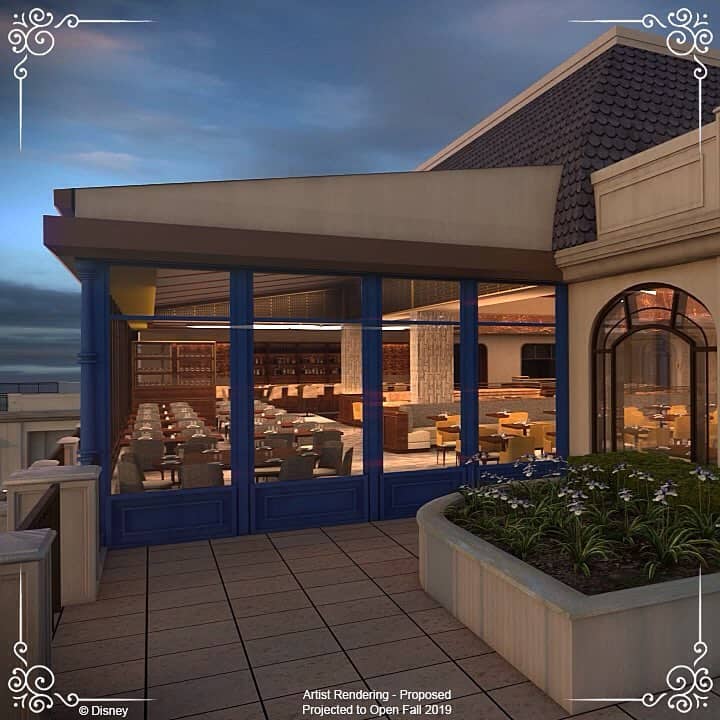 While we inch closer and closer to the opening of Disney’s Riviera Resort in December, today we have a little taste of the new restaurant coming to the resort.

This new photo shows off what the rooftop restaurant will look like from the outside. The large panel windows are likely to offer breathtaking views of the resort, as well as the fireworks spectaculars at Epcot and Disney’s Hollywood Studios. And frankly, the outdoor space looks like a neat place to hang out as well. 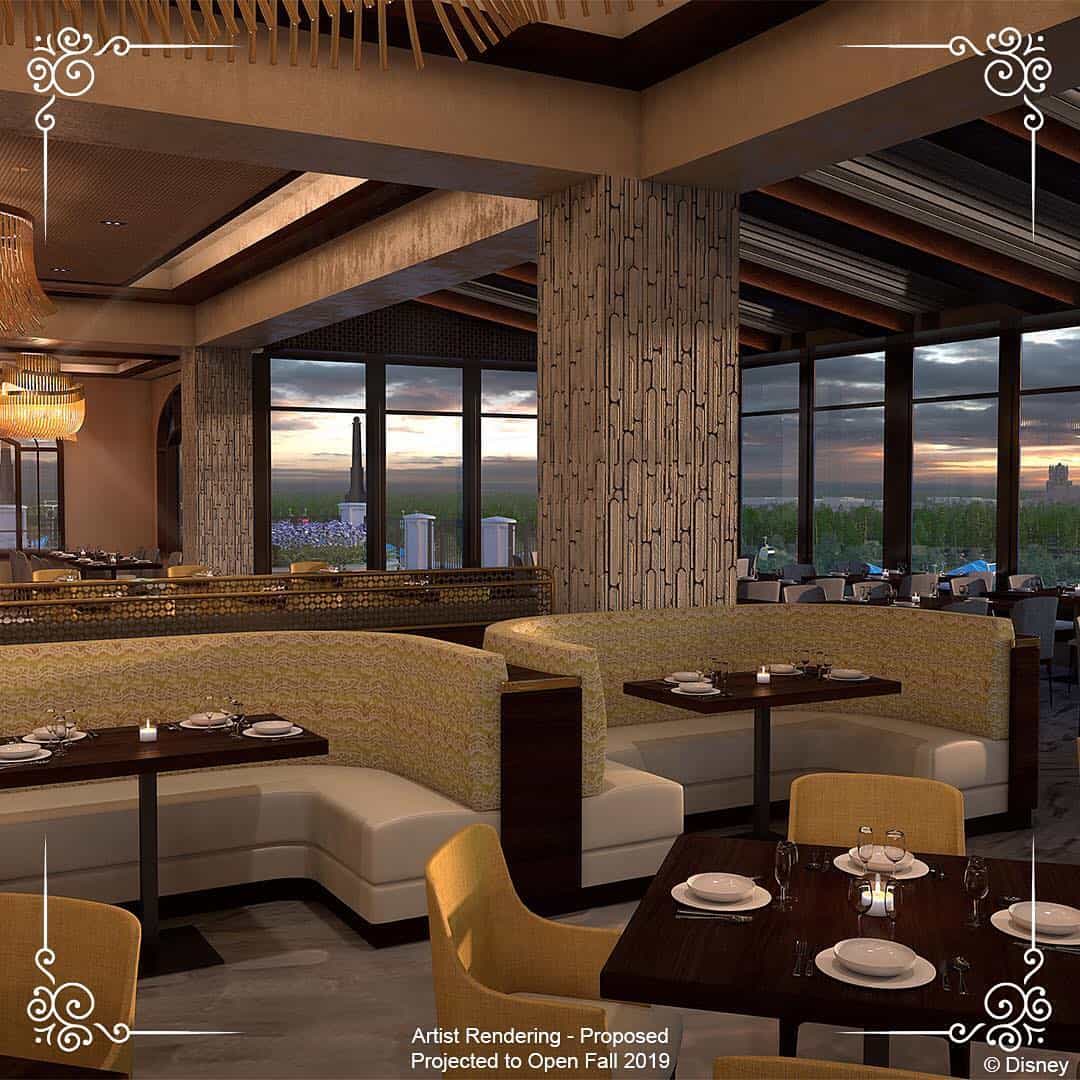 The second rendering seems to be a cropped version of artwork that was originally released in January. Here’s the full version: 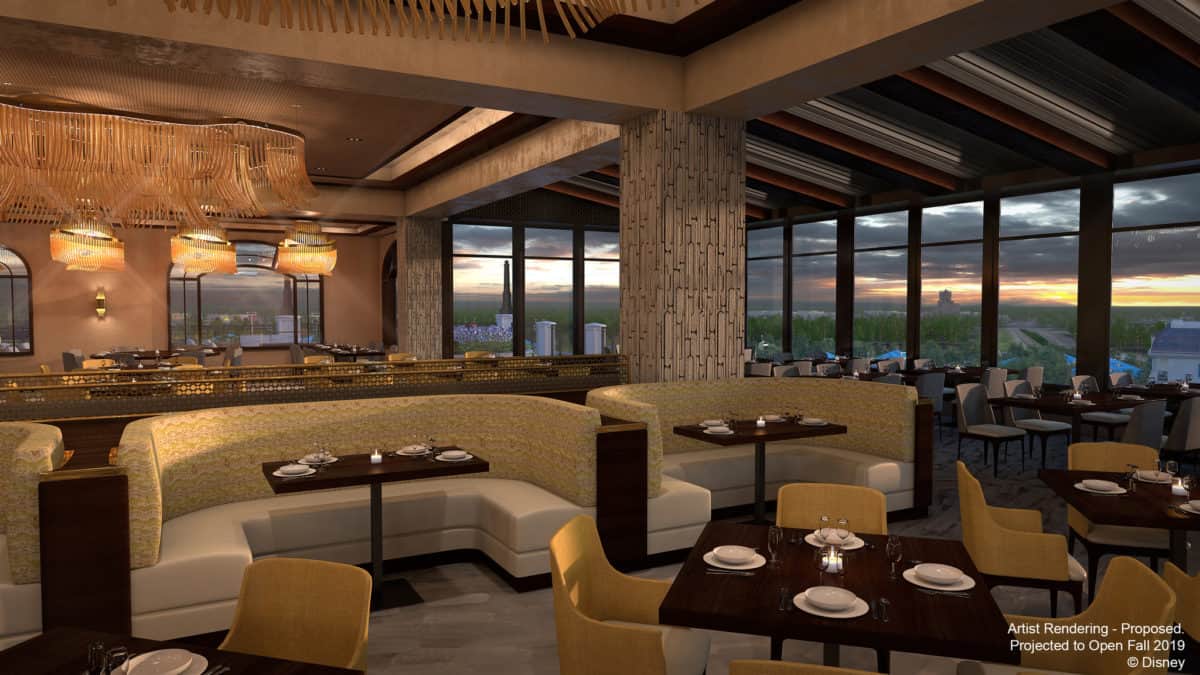 “Topolino is the Italian name for Mickey Mouse, and the new, signature table-service restaurant perched on the rooftop of Disney’s Riviera Resort will be aptly called Topolino’s Terrace – Flavors of the Riviera. The restaurant, featuring authentic dishes infused with French and Italian flavors, will offer picturesque vistas of the nighttime spectaculars of nearby Epcot or Disney’s Hollywood Studios. Plus, families looking to start their morning off with a breakfast experience can visit Topolino’s Terrace for exclusive Disney character dining inspired by the Riviera.”

Guests will be able to enjoy a taste of the Riviera when Topolino’s Terrace opens along with the rest of Disney’s Riviera Resort. Stays begin on December 16th, 2019.