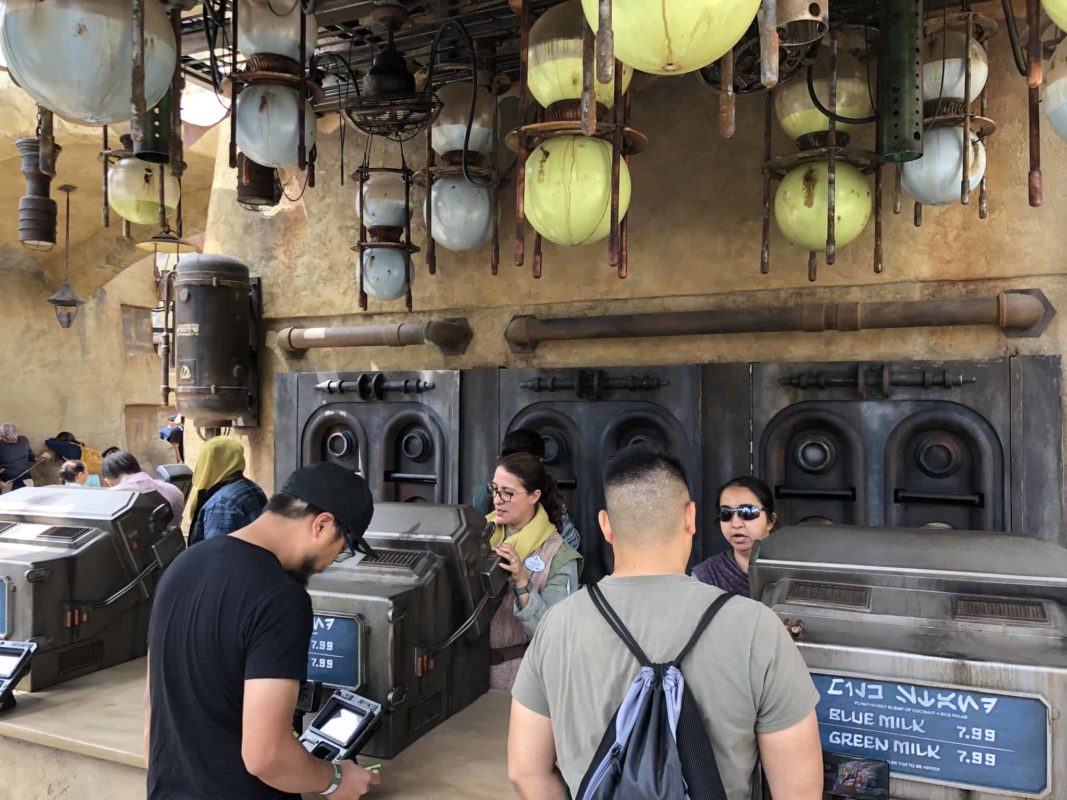 Everything You Need To Know: Milk Stand 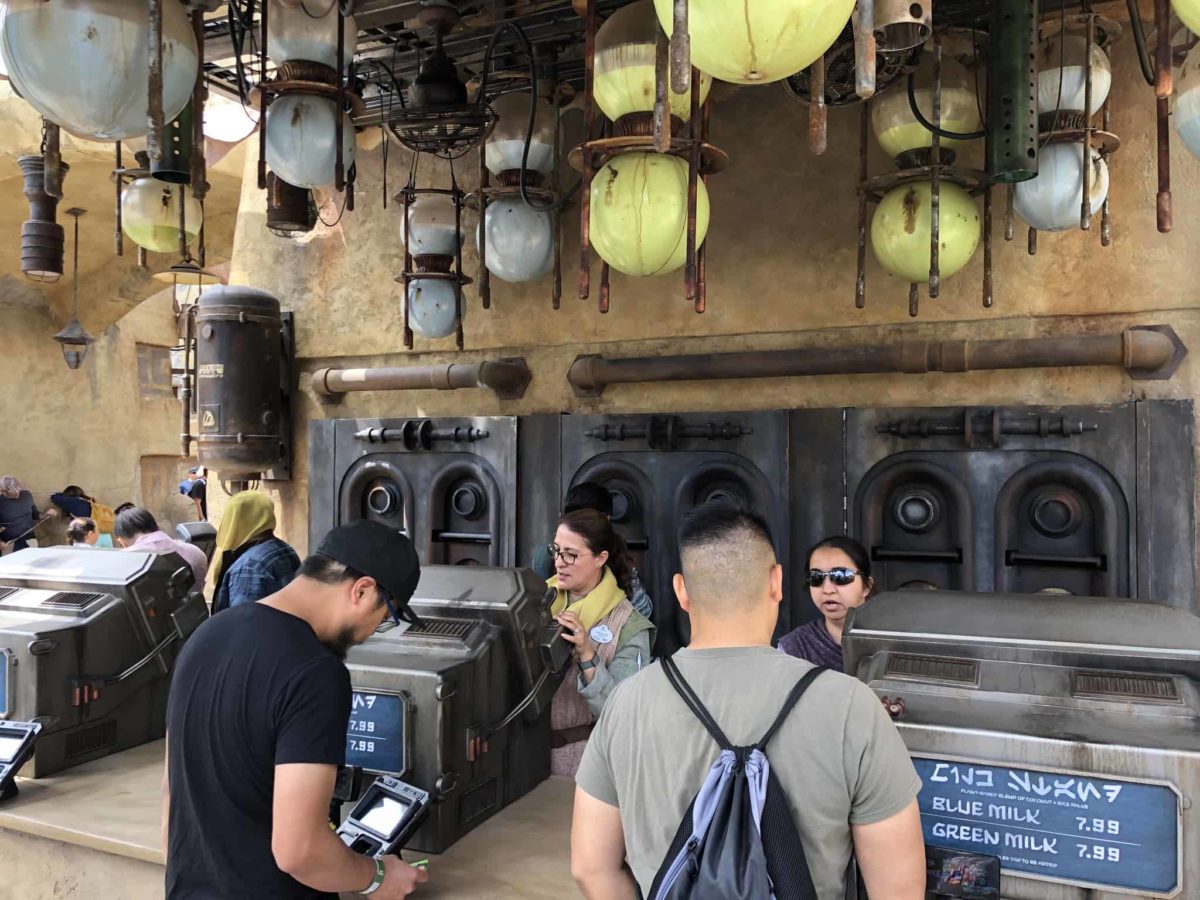 Travelers from across the galaxy head to the Milk Stand of Batuu to quench their thirst with the speciality Blue and Green Milks available here. Legendary delicacies throughout Galaxy’s Edge, even Luke Skywalker himself has been known to have a glass or two. 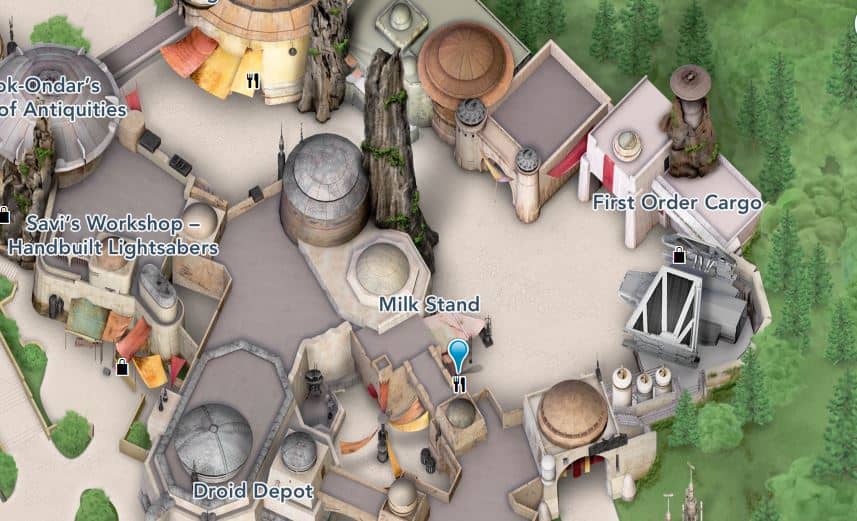 Milk Stand is located across the way from First Order Cargo, so watch out for Stormtroopers. 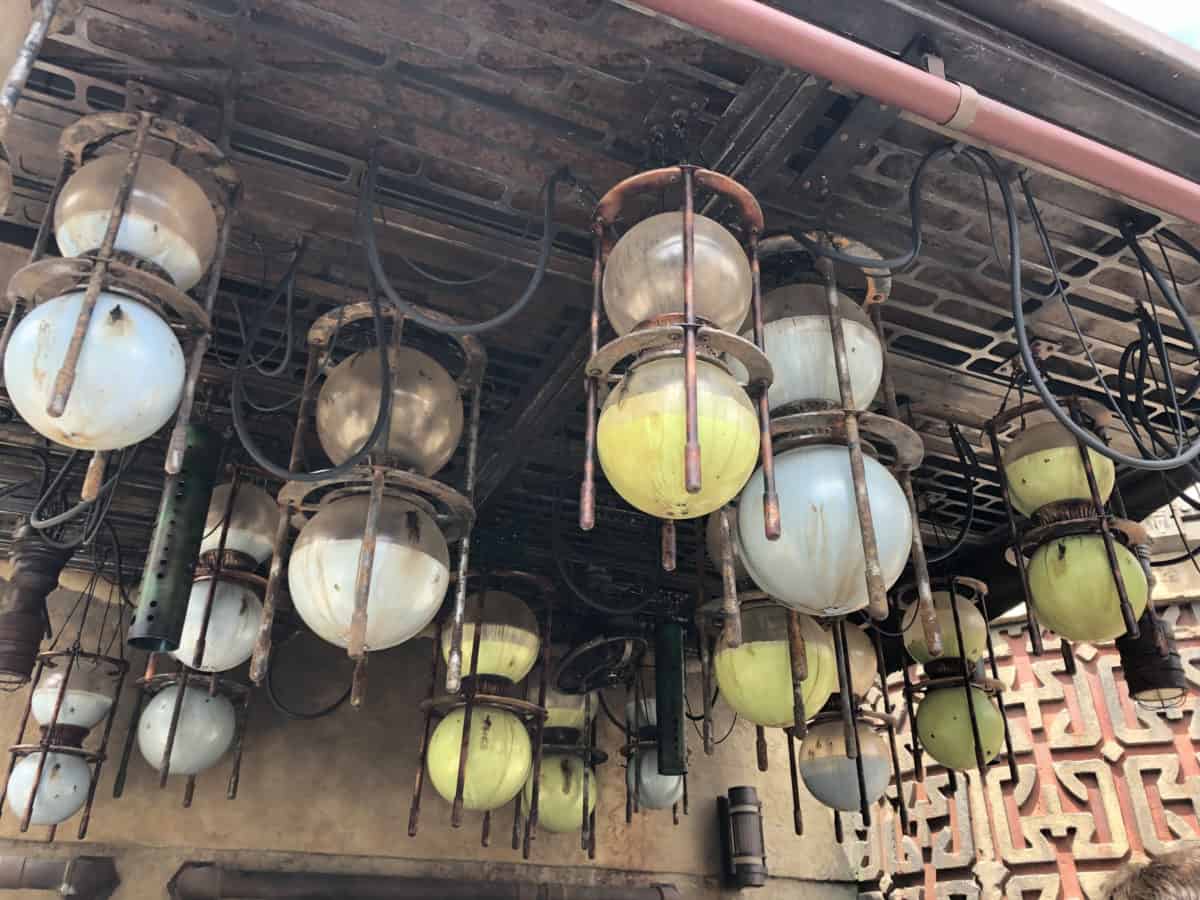 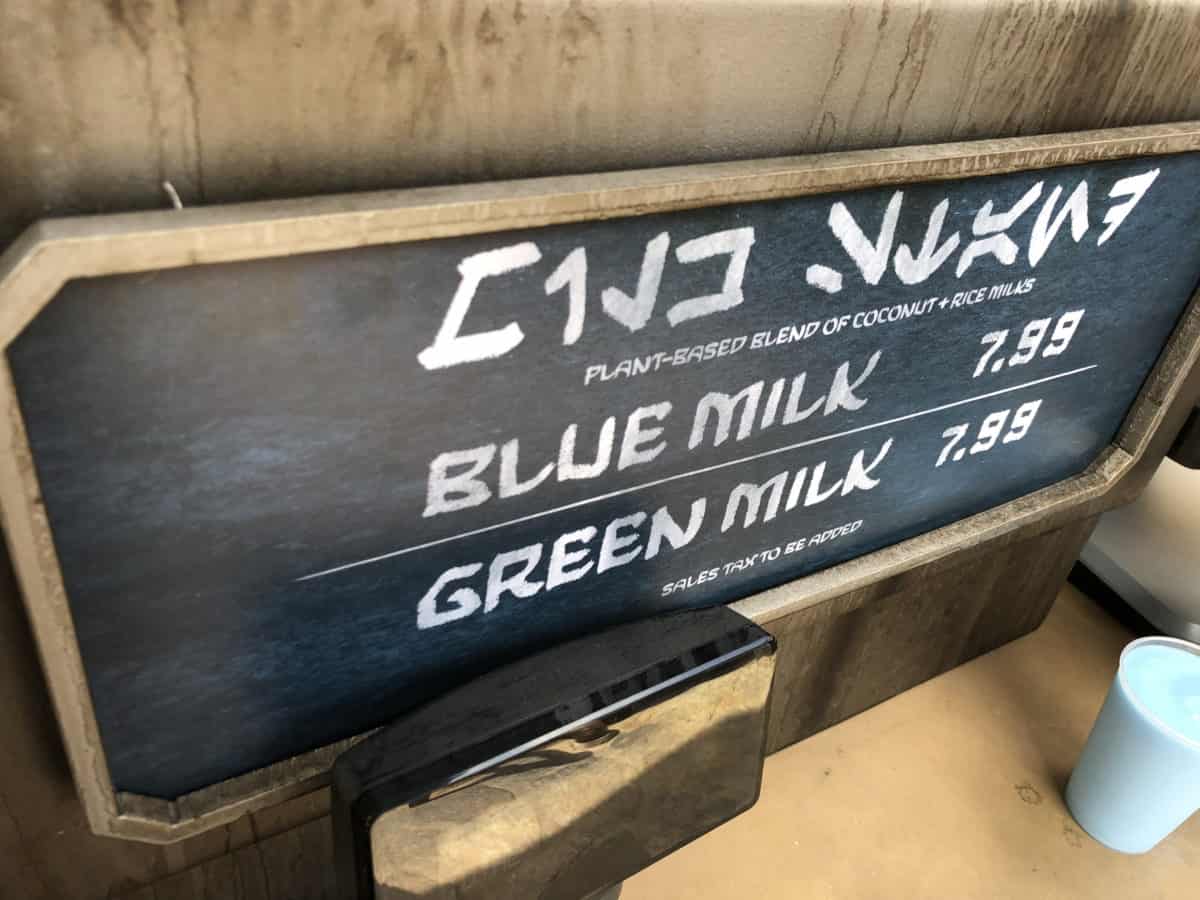 WHAT: Frozen plant-based blend of coconut and rice milks 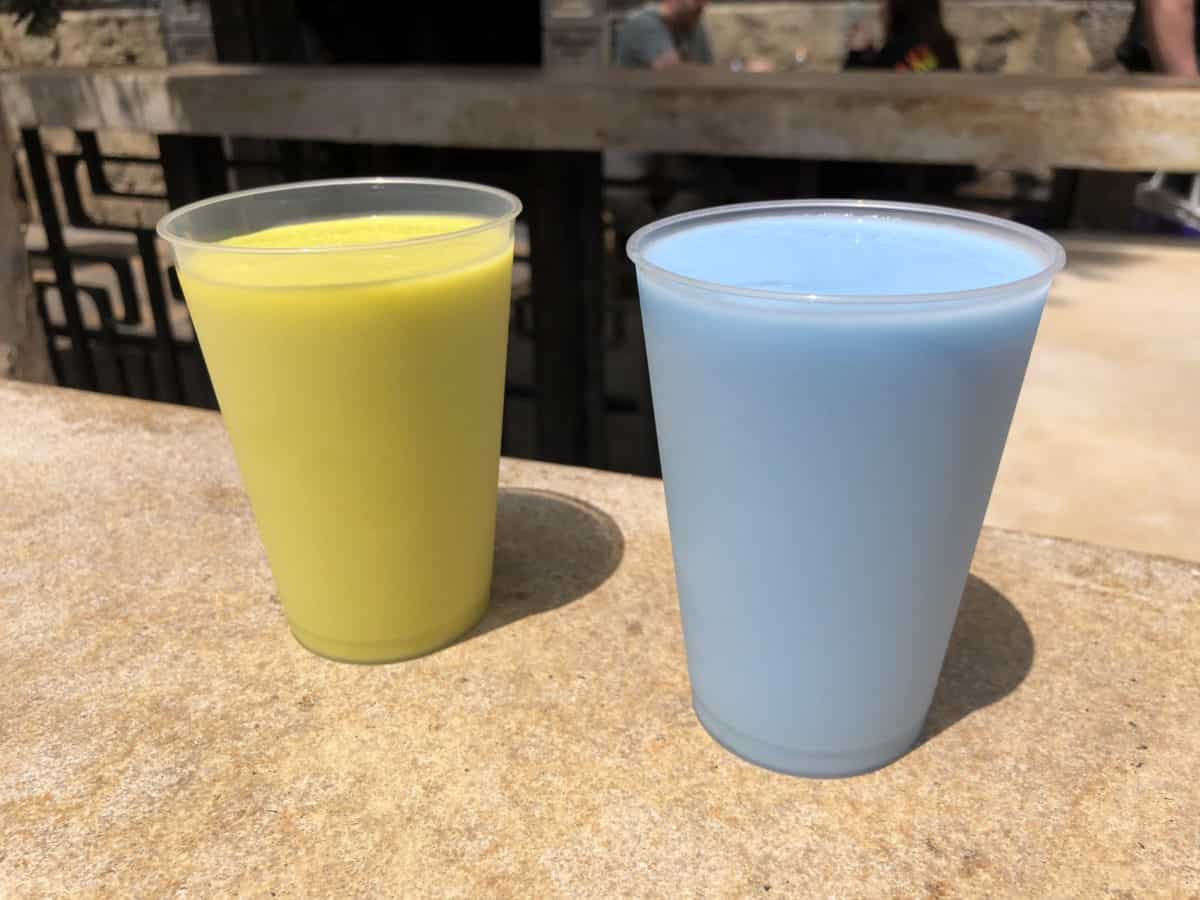 The vendors at the Milk Stand will be serving invigorating and exotic non-dairy milk options for thirsty and weathered travelers. Most who’ve tried these have mentioned they taste akin to smoothies. You can read our review of the Milk Stand here! 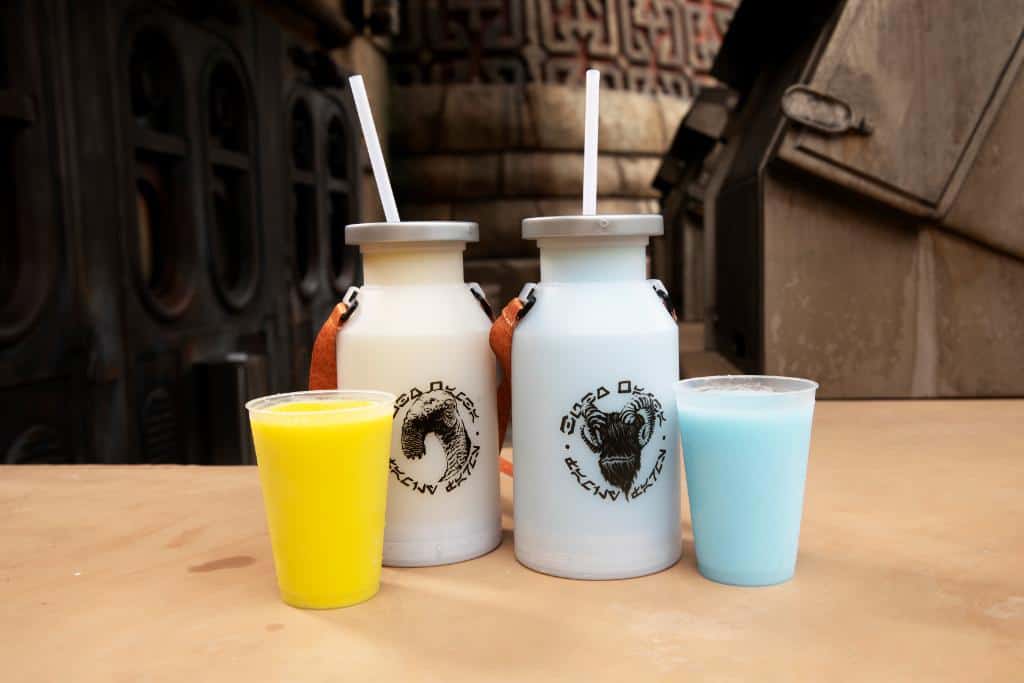 A Bubo Wamba Family Farms Novelty Drink Vessel was previously announced for the Milk Stand, but that has yet to pop up in the land. 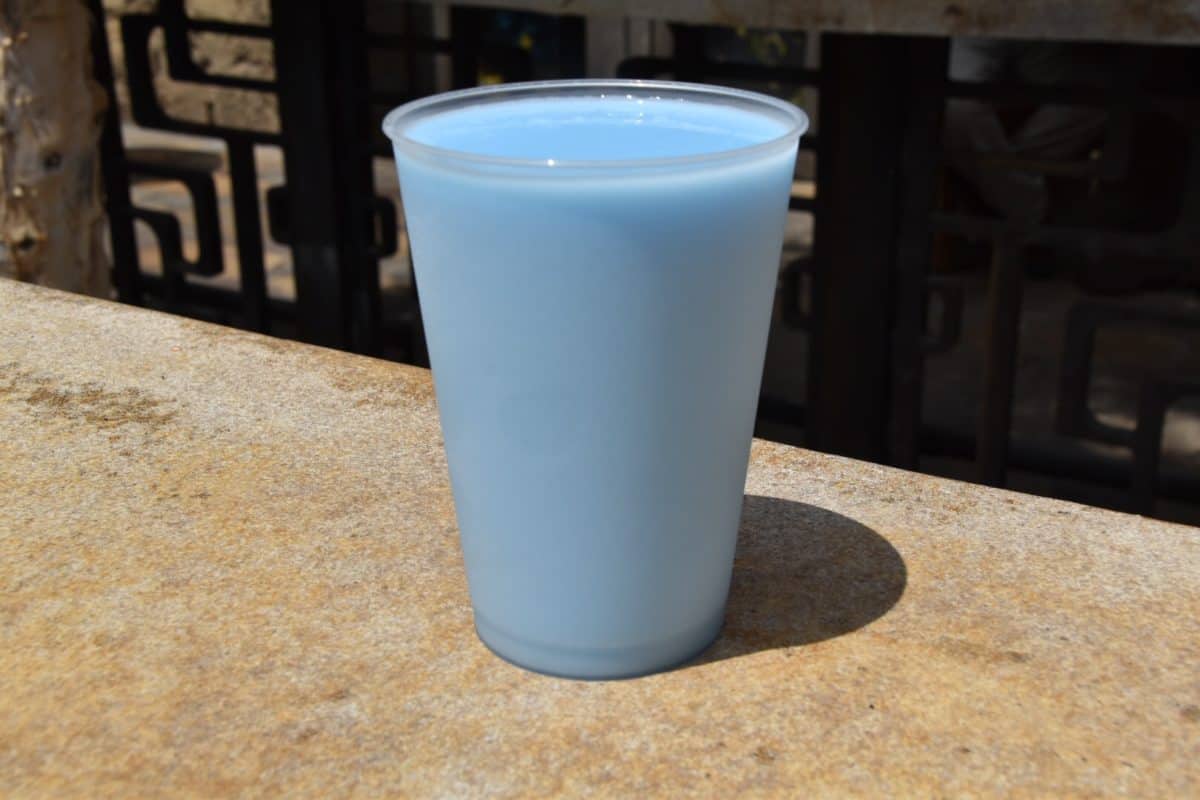 First off, I’m okay with Blue Milk, but I still don’t understand why they made both options plant-based. Disney’s clearly struggling to nail down a signature specialty beverage. Disney’s initial attempt at Butterbeer was LeFou’s Brew, and they clearly tried again with these “milks”, but they missed the mark. Why? Well, it all boils down to taste… and in this case, texture. They should’ve made at least one option a dairy option for people who aren’t used to plant-based concoctions.

We were severely underwhelmed by both these milks, but the blue one is definitely the most palatable of the two. I might try it again, but I definitely don’t crave it.

Another thing, these beverages literally come out of a faucet, with decanting taking a total of about 10 seconds. (LeFou’s Brew at least has foam topping.) There’s no real flourish to it, which makes the $8 price tag a bit tough to swallow. These are served frozen, and while you can get the non-frozen version as the Blue Bantha over at Oga’s Cantina, we’re convinced the non-frozen version tastes even worse.

I know we’re beating the point to death here, but the absence of creaminess in these totally throws us off, especially since you’re expecting some kind of mammalian milk. Back when Disney’s Hollywood Studios used to host Star Wars Weekends, they used to offer a blue raspberry milk that was eons better than this.

If you’re still looking to try the blue milk, keep in mind that it’s sweet, but not fruity, and while these are made using coconut and rice milk, I did taste some hints of almond in it. 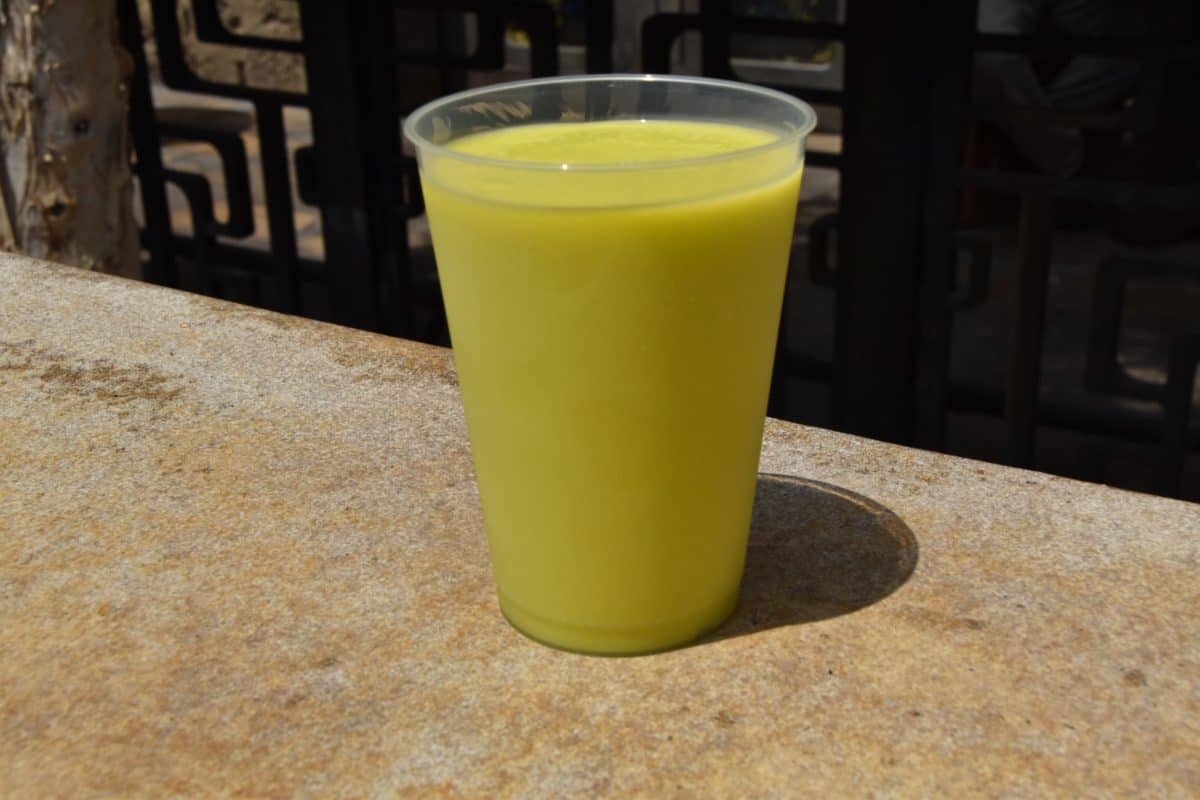 For a lack of better words, the green milk is gross. It tastes foul, and far too herbal… almost like an antacid. No one at the table really liked this drink. Seriously, don’t get this.

WHERE: Have I Seen These Before?

Blue milk was first seen in Star Wars Episode IV: A New Hope, drank by Luke Skywalker in Tatooine. Wookieepedia states that blue milk is actually the secretion of female Banthas, a large, hairy herd mammal with spiral horns. Presumably, Tusken Raiders drink it all the time (as does Luke, with much relish.)

Green milk, which can be seen in Star Wars: Episode VIII – The Last Jedi, was a large contributing factor in keeping Luke Skywalker alive during his exile to Ahch-To. As stated by Wookieepedia, the liquid is harvested from female thala-sirens, which are long-snouted marine mammals with flippers.

Of course, if you’re looking for a drink with more of a kick, you can always head to Oga’s Cantina, the most notorious watering hole in all of Batuu. We’ll see you there, along with some of the most disreputable characters in the galaxy!

What to Expect From Every Shop in Star Wars: Galaxy’s Edge