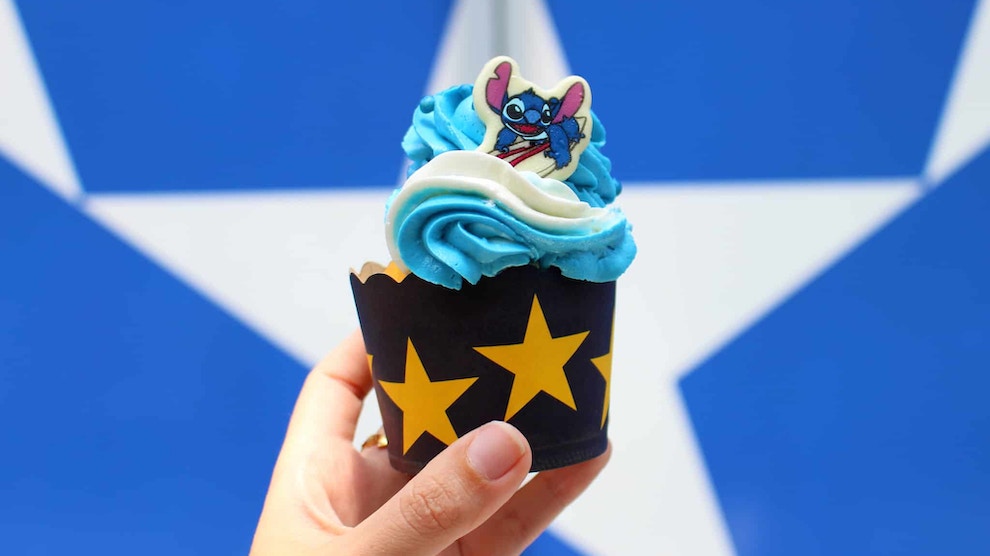 A new Surfing Stitch Cupcake has been unleashed upon the End Zone Food Court at Disney’s All-Star Sports Resort, and you know we had to go review it because at WDWNT, ‘ohana means cupcakes. And that means no cupcake gets left behind. 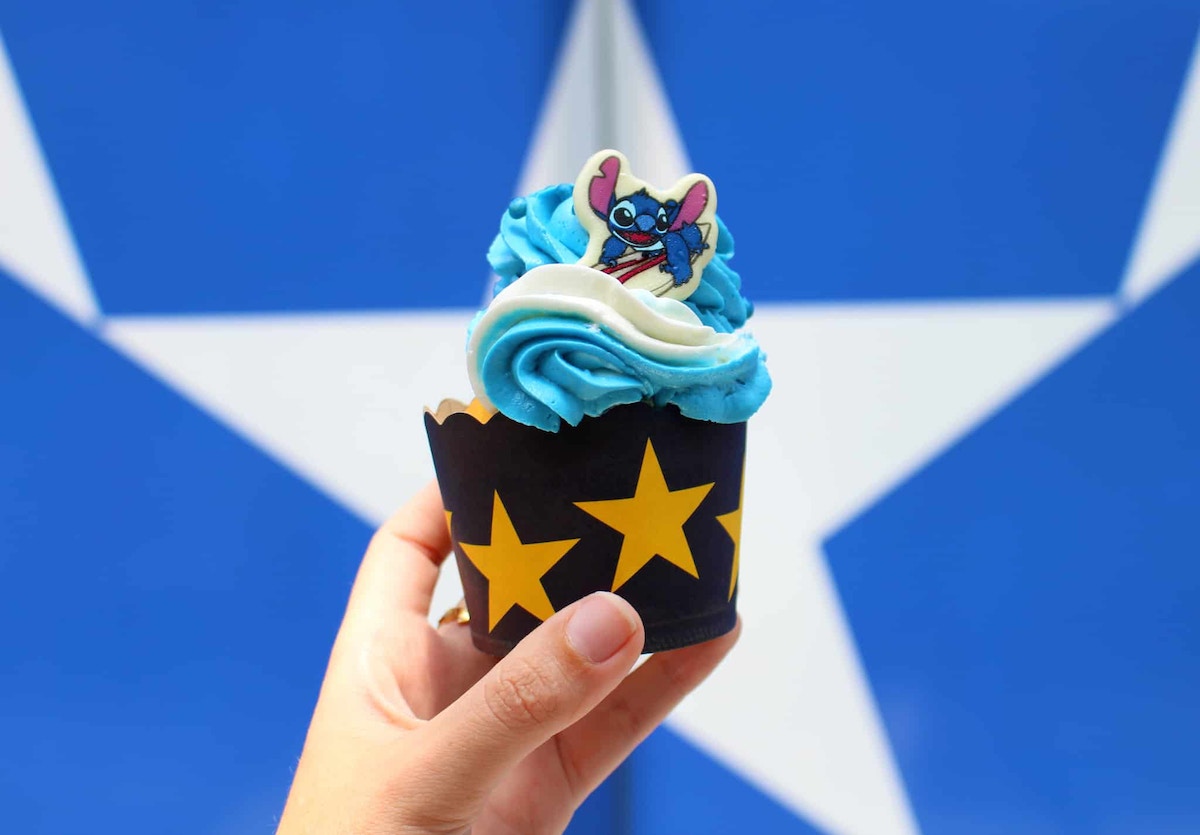 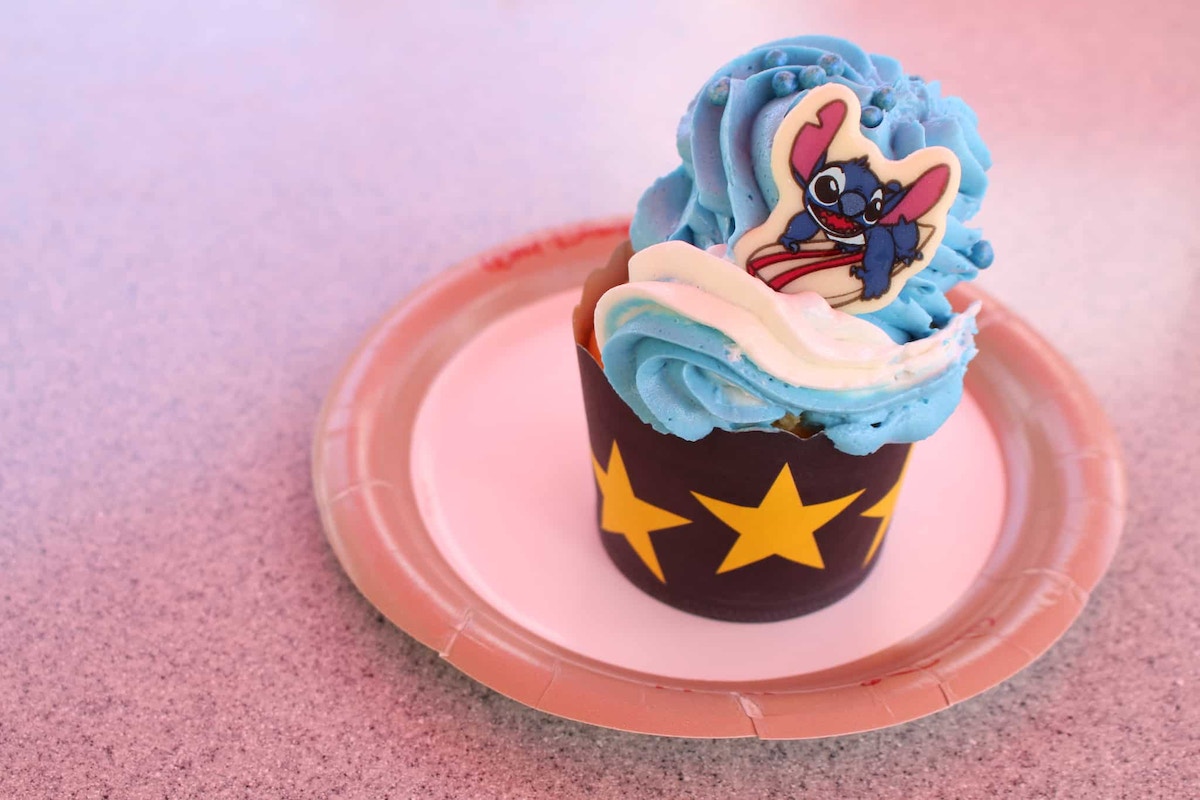 For starters, I actually really loved the presentation of this cupcake in the star-printed wrapper. It’s well themed for a cupcake found at an All-Star Resort, with the star-printed walls a unifying theme between all three resorts. 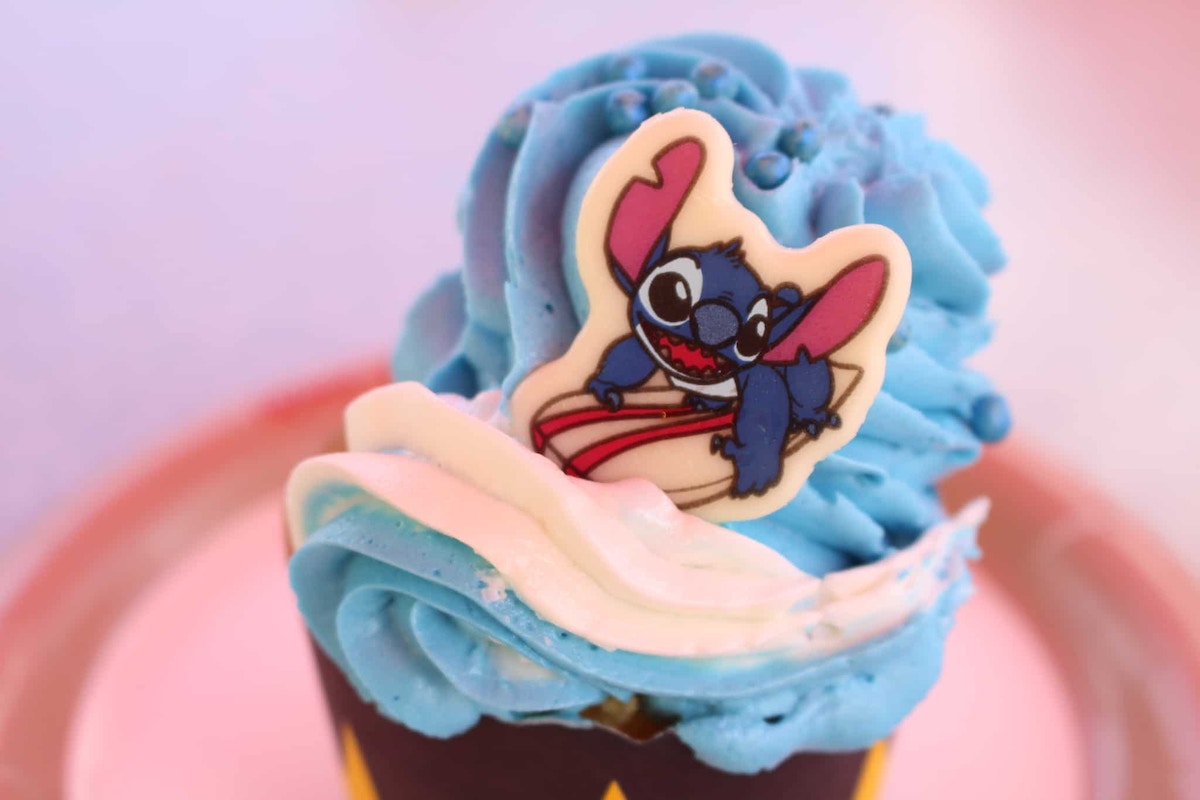 Okay, now down to the taste of this cupcake. I’ve had a lot of Disney cupcakes at this point, and I’m usually a pretty tough critic of them, because they all usually end up tasting very similar, and most of them aren’t great. This cupcake, however, stands out. It was piled high with plenty of soft buttercream frosting, which was not only blue in color, but blue raspberry flavored as well. The flavored buttercream really made this cupcake a win for me, and I loved that this cupcake wasn’t chilled, which meant the frosting remained soft. The crispy pearls on the top added nice texture as well, and the surfing white chocolate Stitch was cute, but be careful, he melts fast. 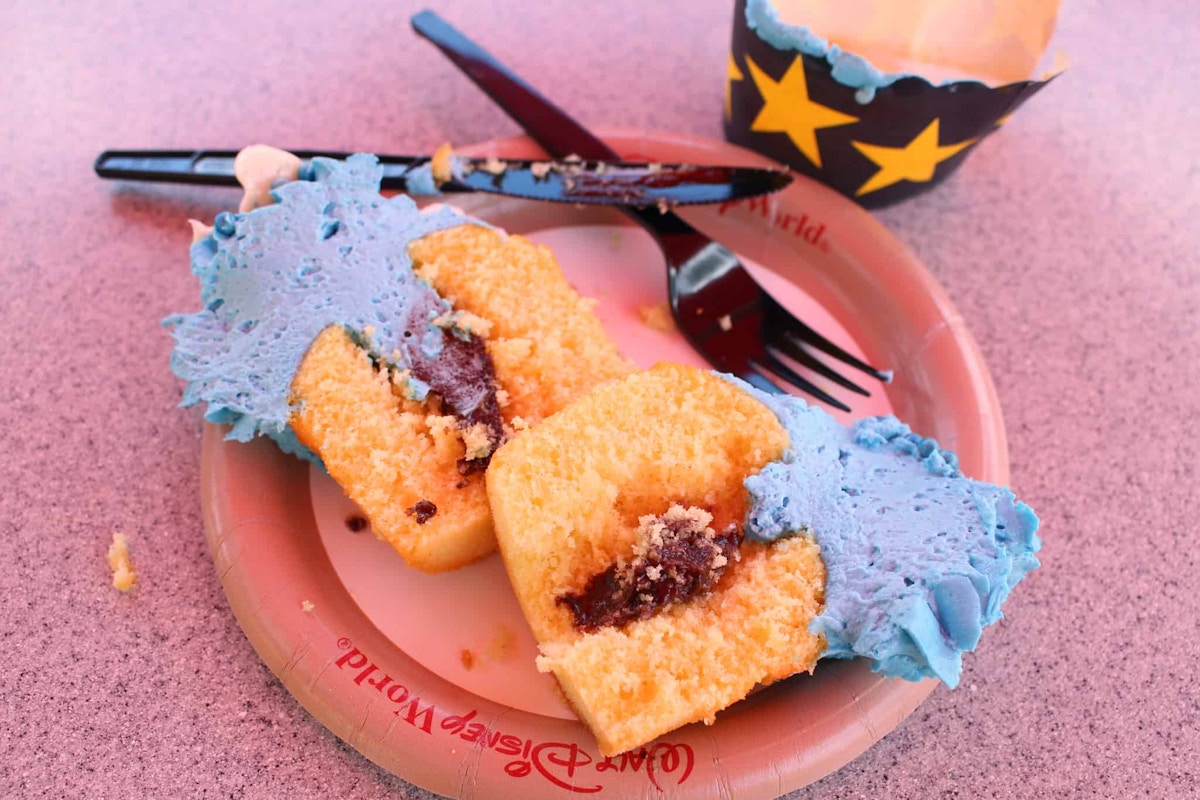 The raspberry chocolate ganache on the inside added some more raspberry flavoring, and I enjoyed the addition of the chocolate flavor as well. As usual, I do feel like they went light on this filling, but since it was so rich, I didn’t mind as much. If you are a fan of raspberry-flavored things, I would make sure you didn’t miss this cupcake. This is definitely a treat I wouldn’t mind eating again. 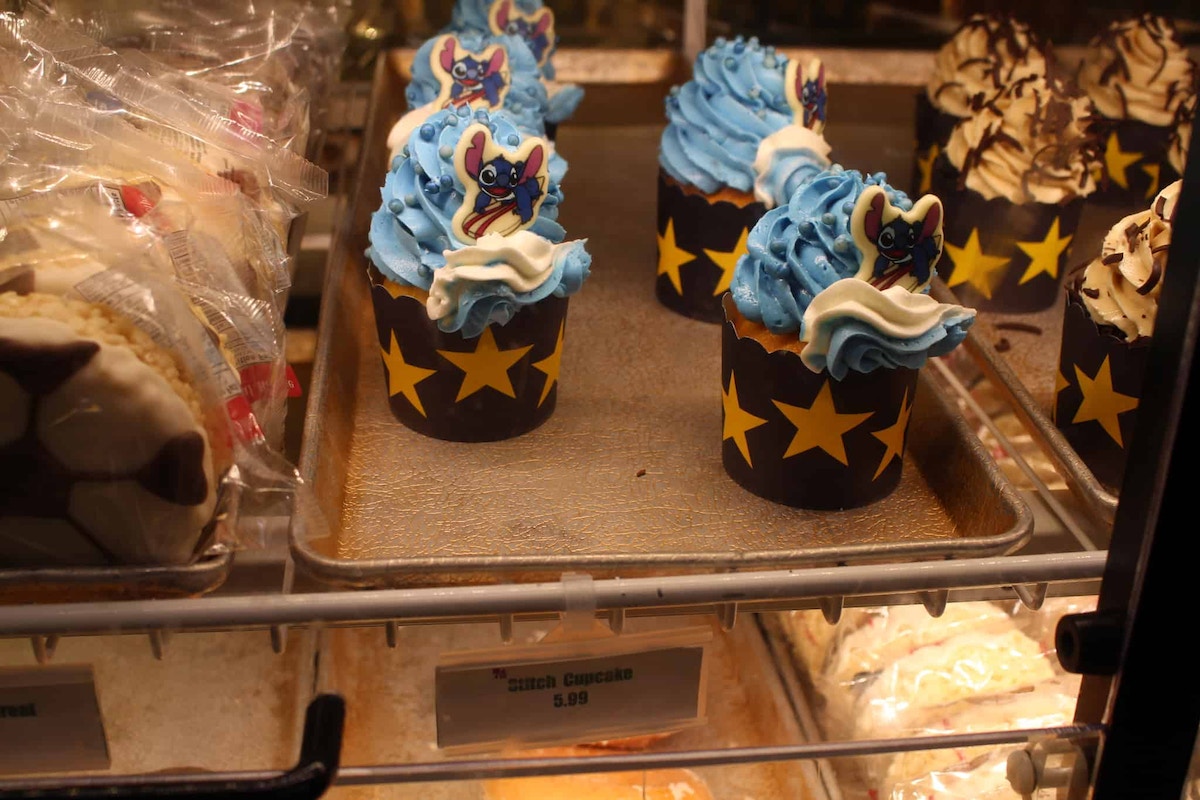 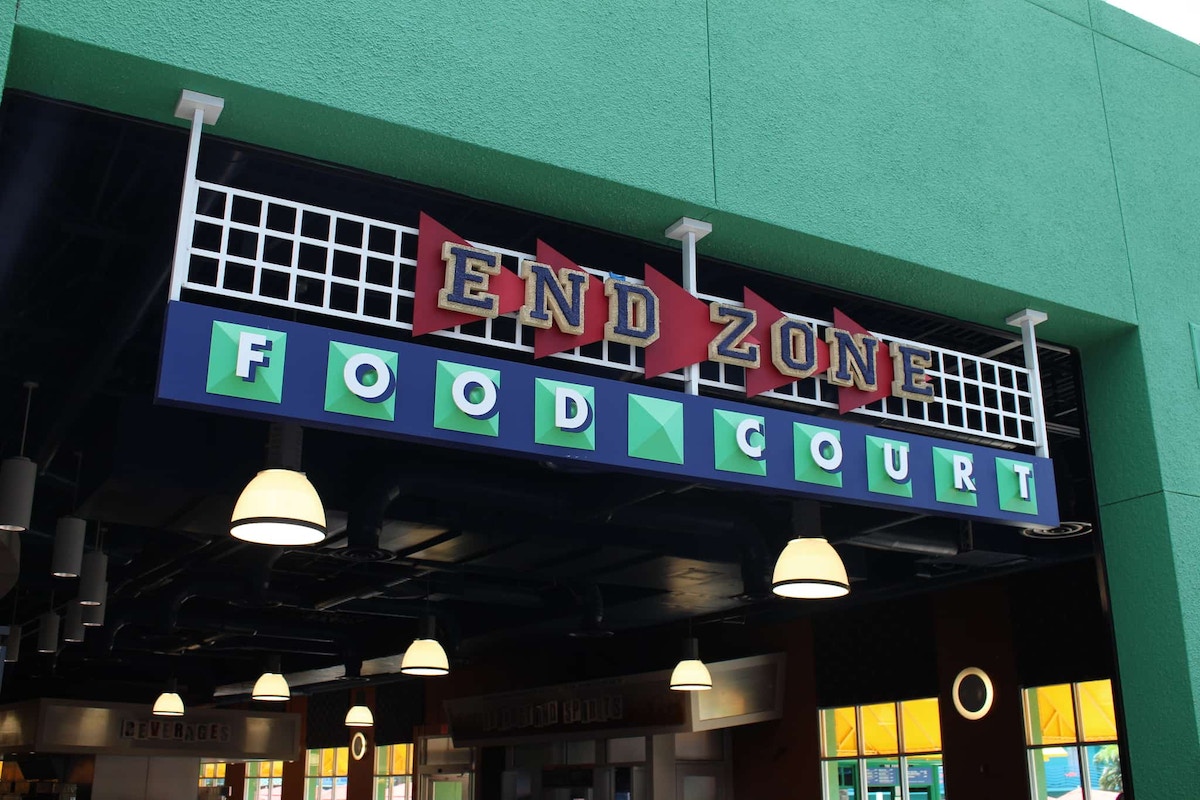 This Stitch cupcake can be found at the End Zone Food Court at the All-Star Sports Resort, priced at $5.99. It’s also a Snack Credit if you’re on the Disney Dining Plan.