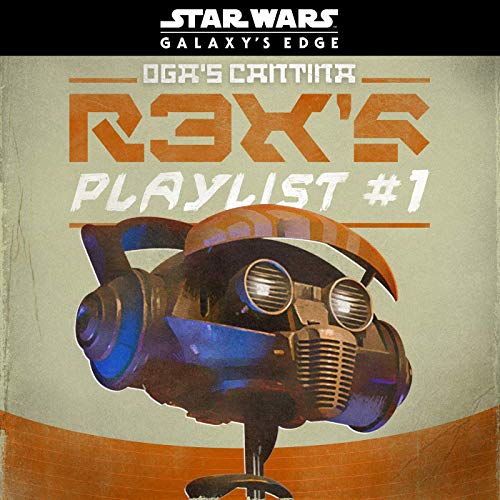 During the chaos surrounding pre-D23 announcements like Marvel Land’s name and the Cast costumes for TRON Lightcycle Run being revealed, something else quietly happened: A new “Star Wars: Galaxy’s Edge” album quietly dropped on major streaming services worldwide this morning!

“Oga’s Cantina: R3X’s Playlist #1” features a selection of six songs heard in and around Oga’s Cantina at Star Wars: Galaxy’s Edge at Disneyland and Disney’s Hollywood Studios. The “#1” also hints that maybe this will be part of an ongoing album series. I hope so!

The six songs included are: