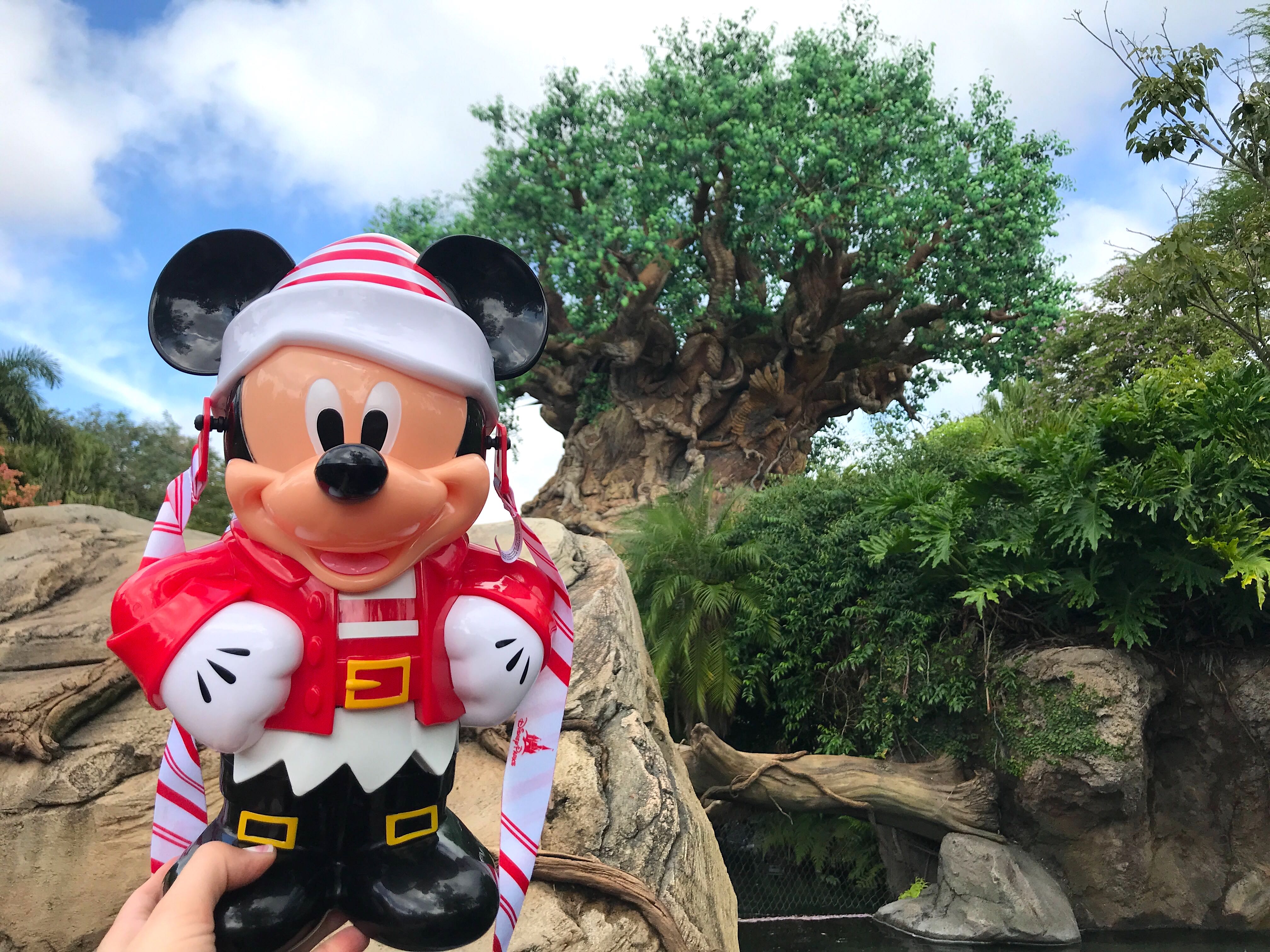 Santa’s elves have been working hard all year to craft the perfect presents for all the boys and girls (and pets), but it seems one of them, a certain one with ears, has escaped! Mickey the Christmas Elf has made his way over to Walt Disney World and we can’t wait to bring him around the park… with a bunch of hot, fresh popcorn inside, of course. 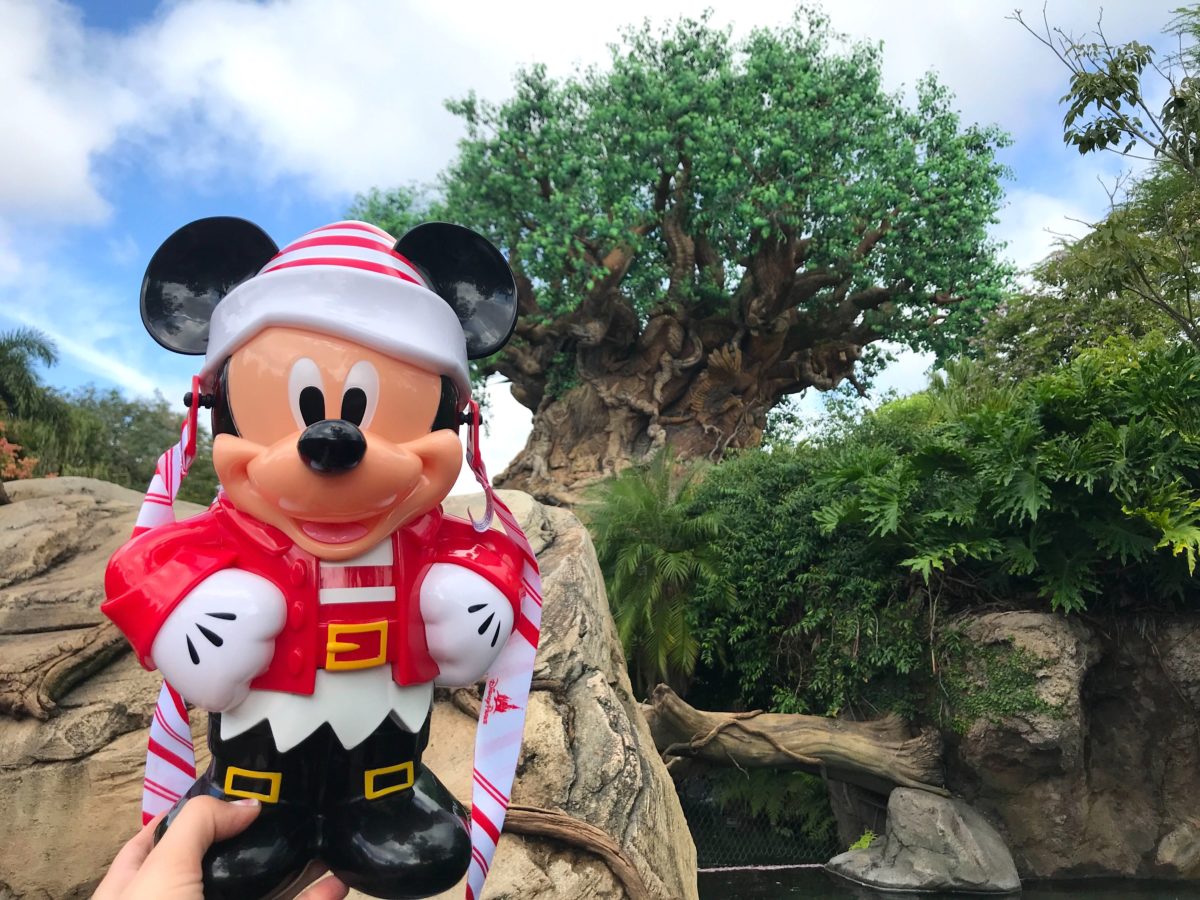 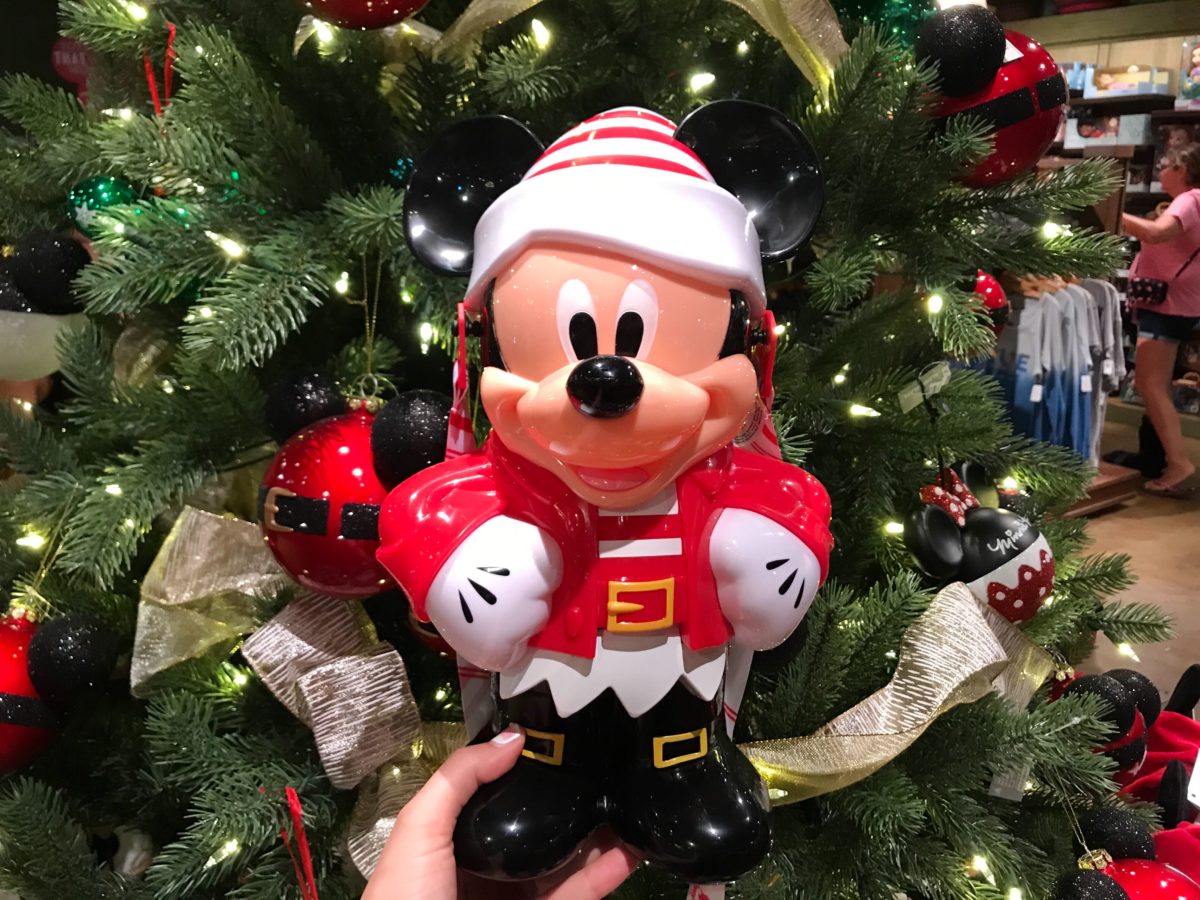 This Mickey Elf bucket is a surprise and a throwback all in one. He wasn’t mentioned in any of the souvenir bucket releases announced earlier today, and if he looks familiar, it’s because he’s a re-painted version of the 2014 Mickey Elf bucket. That bucket featured green accents in place of all the white ones in Mickey’s hat and tunic. His shoes were also green in that version, but now they’re black with gold buckles. 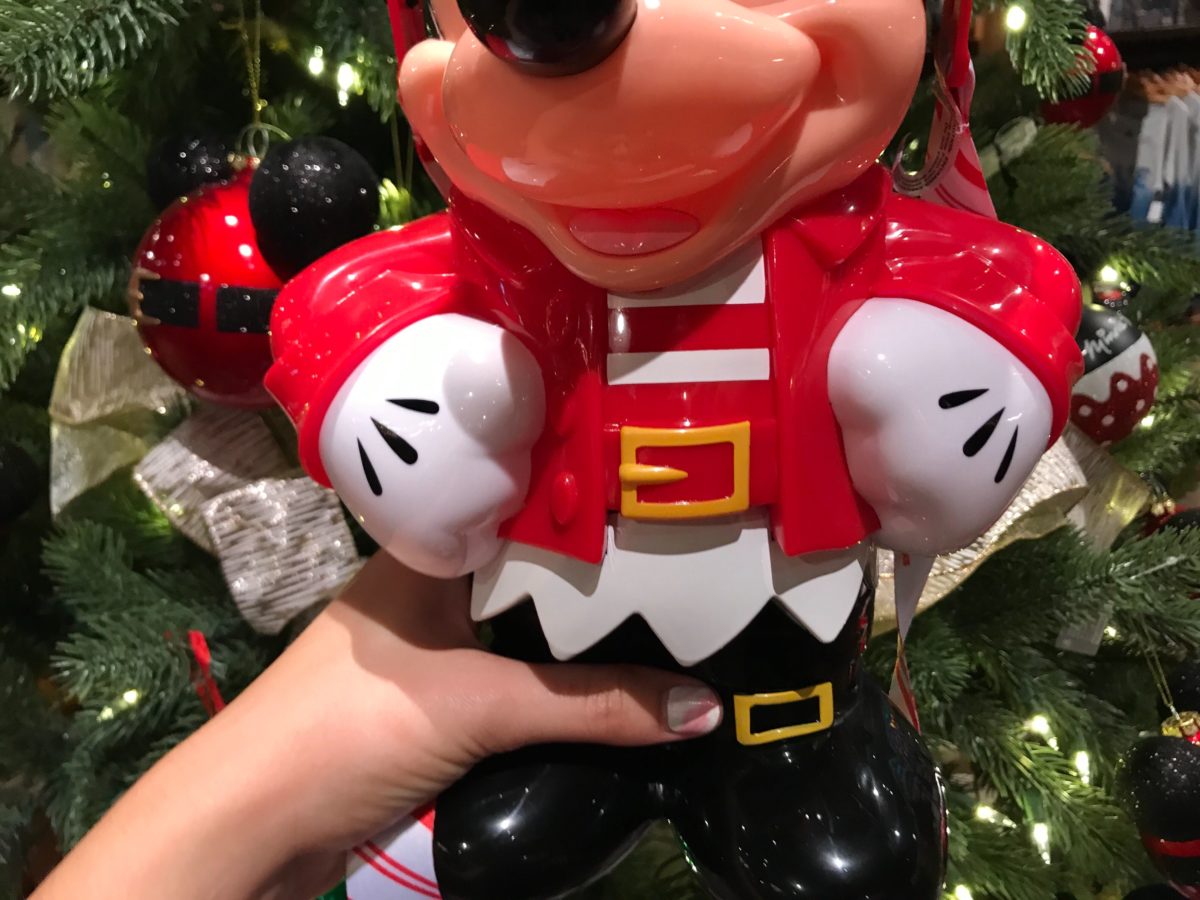 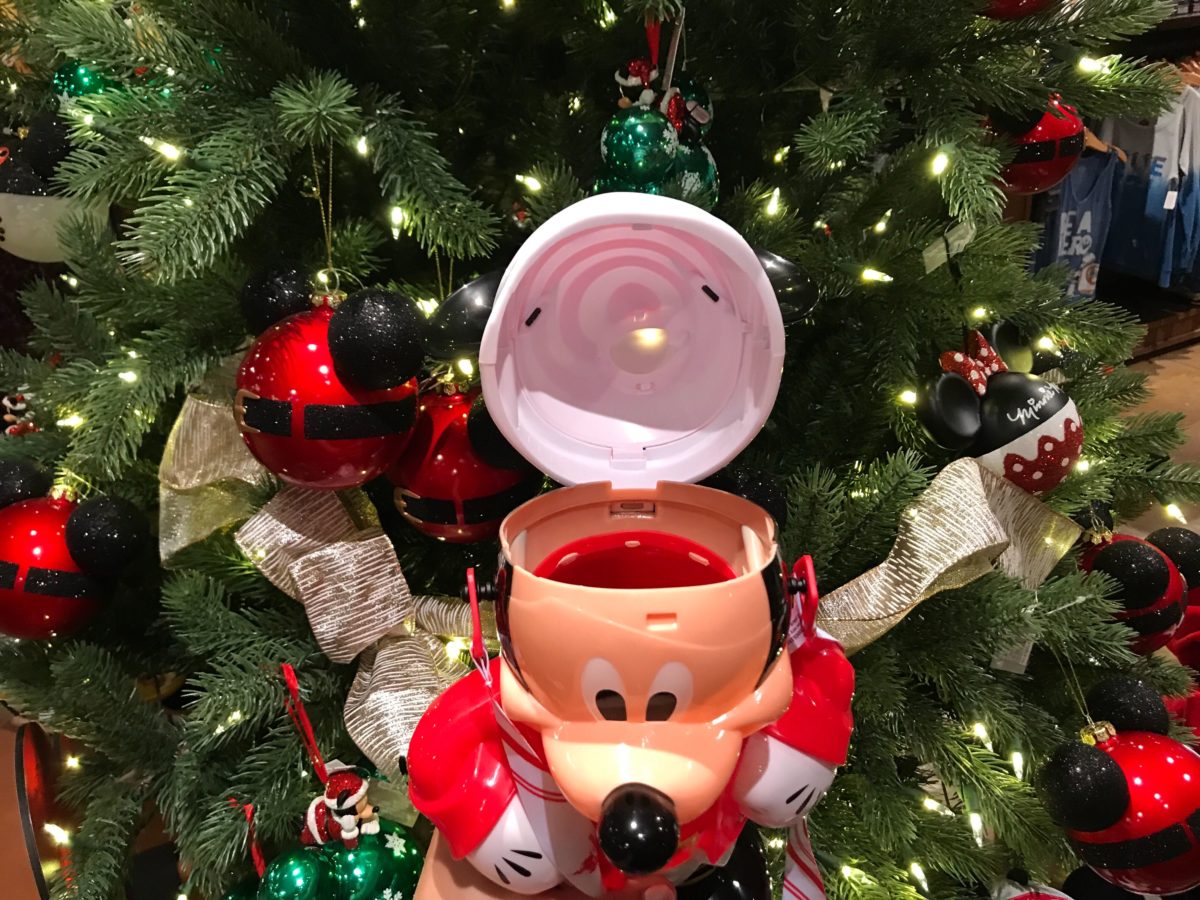 Somewhat macabre for Christmas, but Mickey’s Santa hat lifts to reveal the inside of his skull, which holds a cavity for the popcorn. 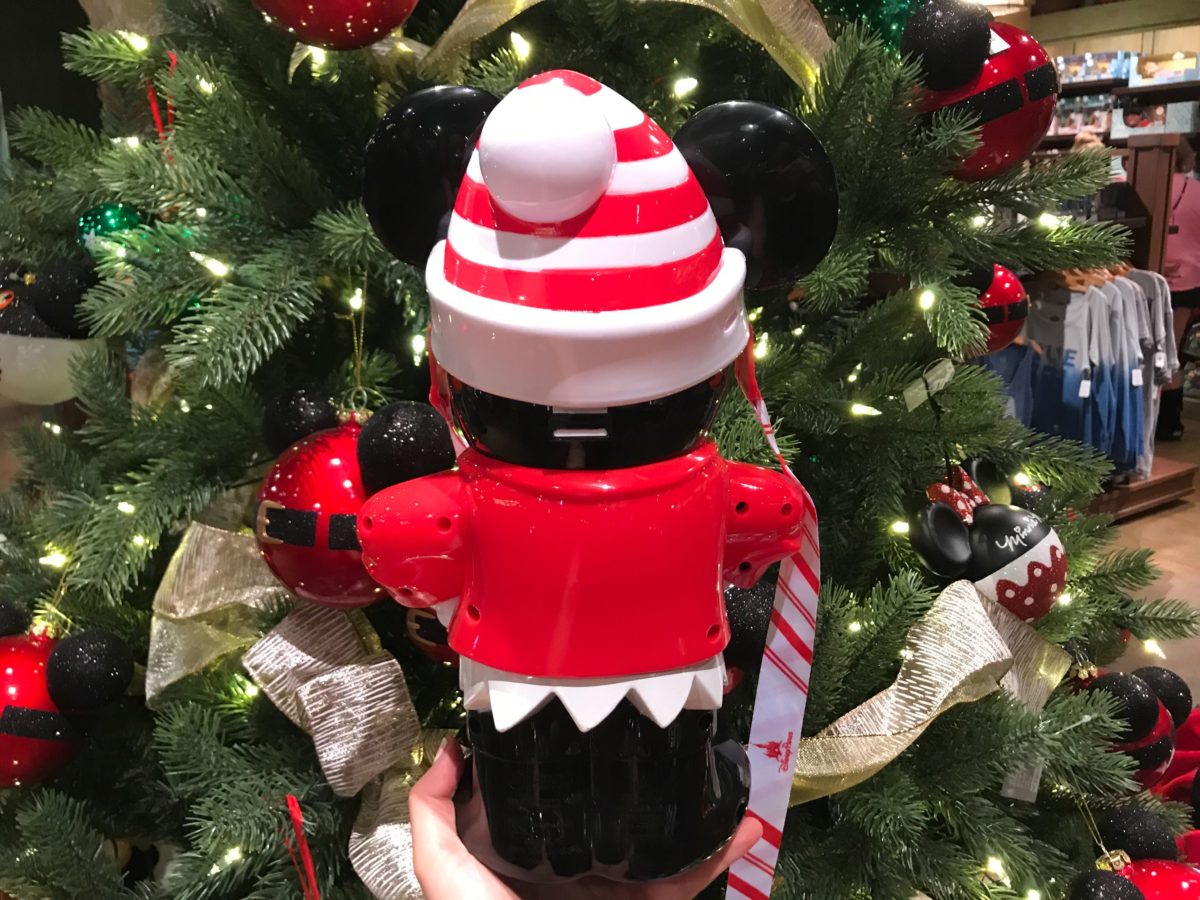 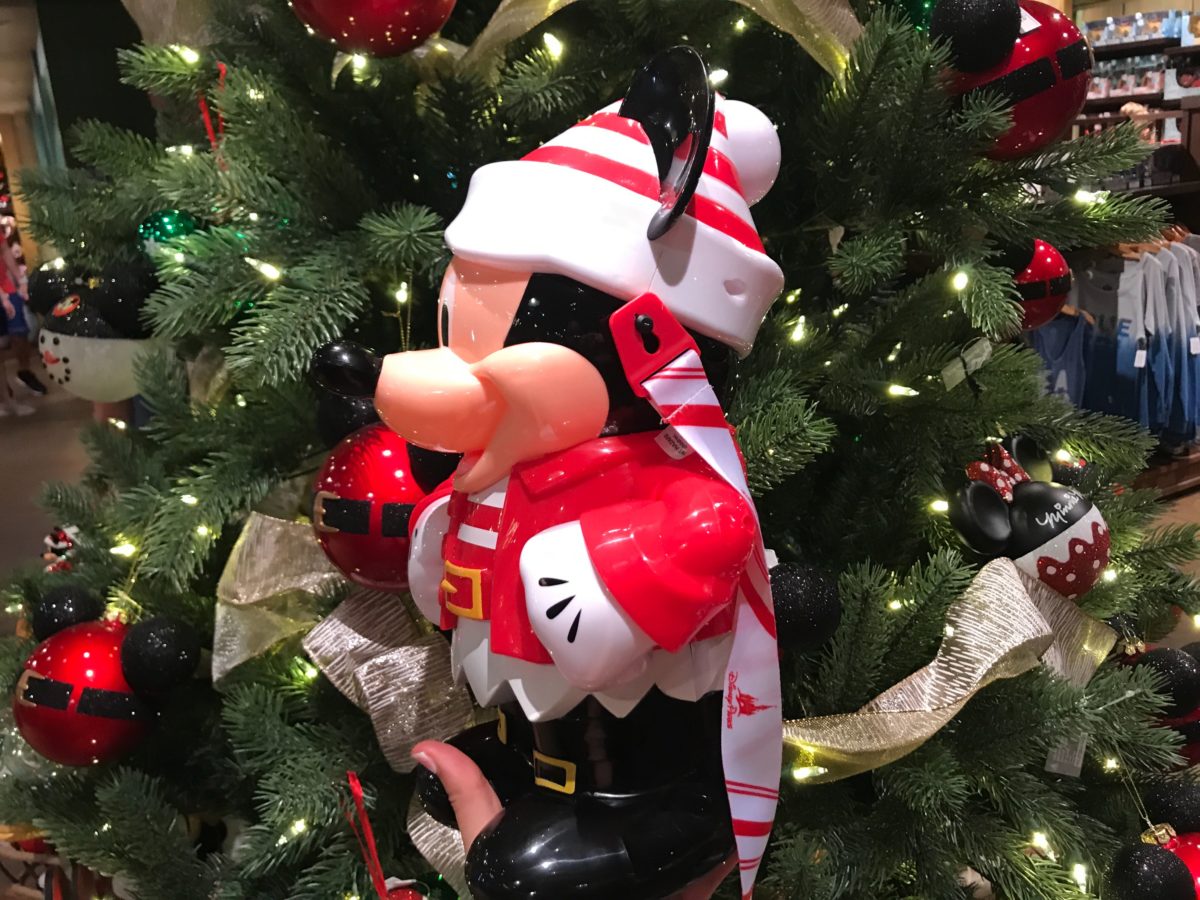 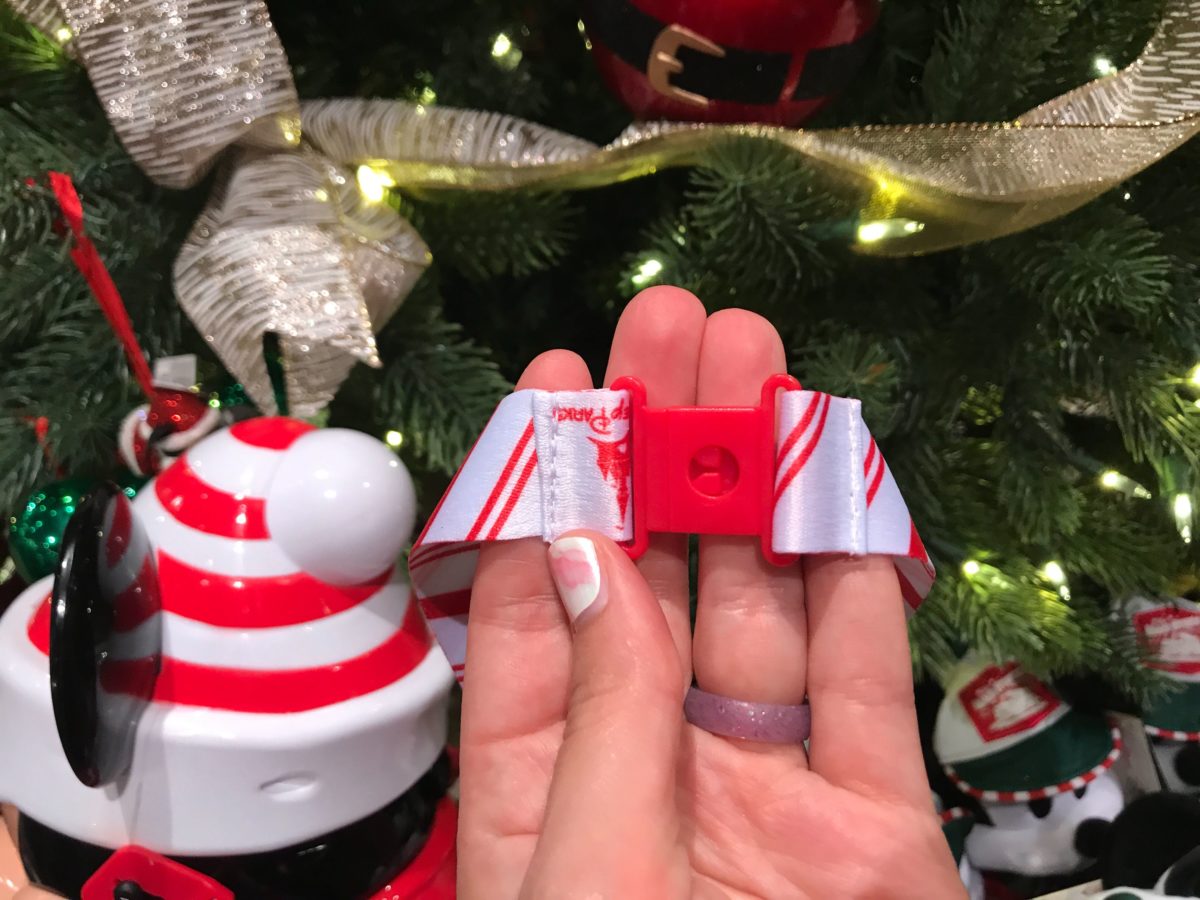 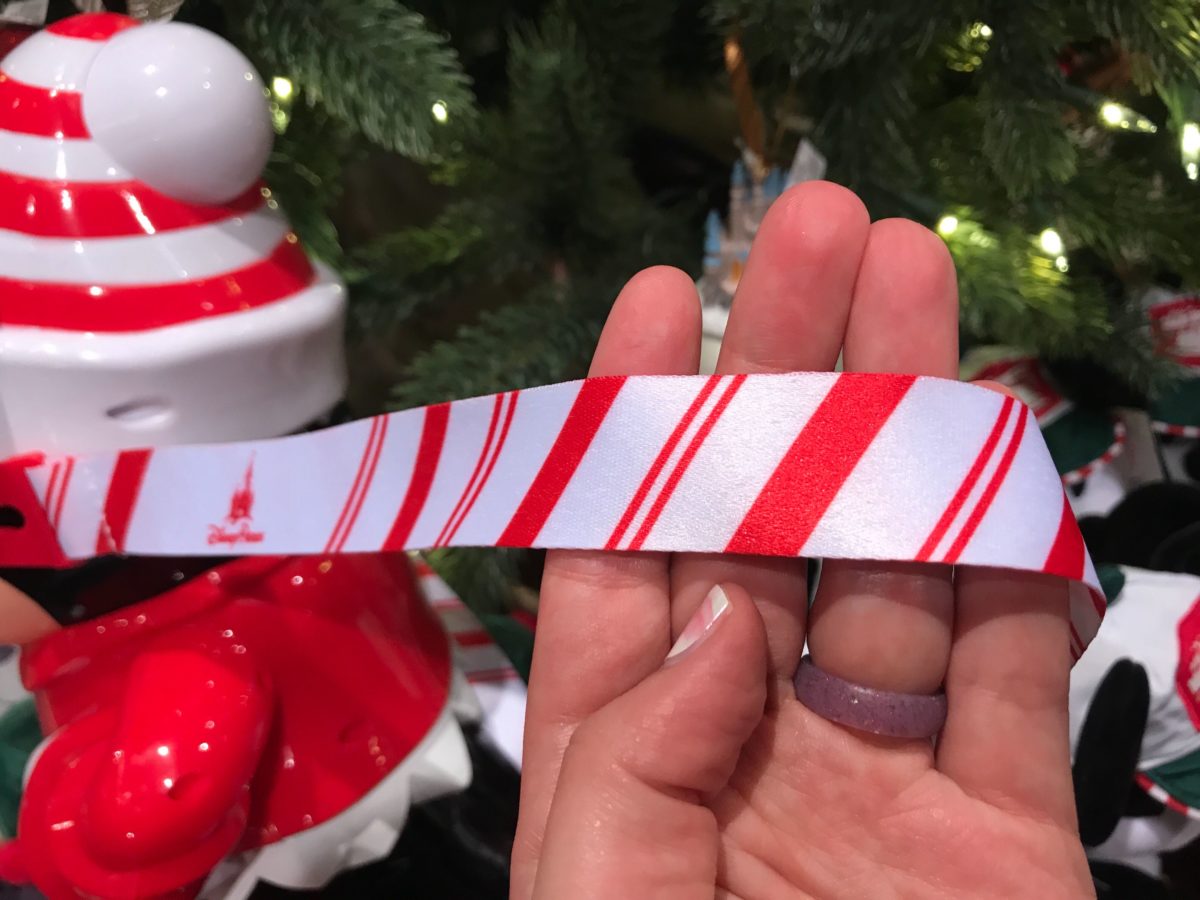 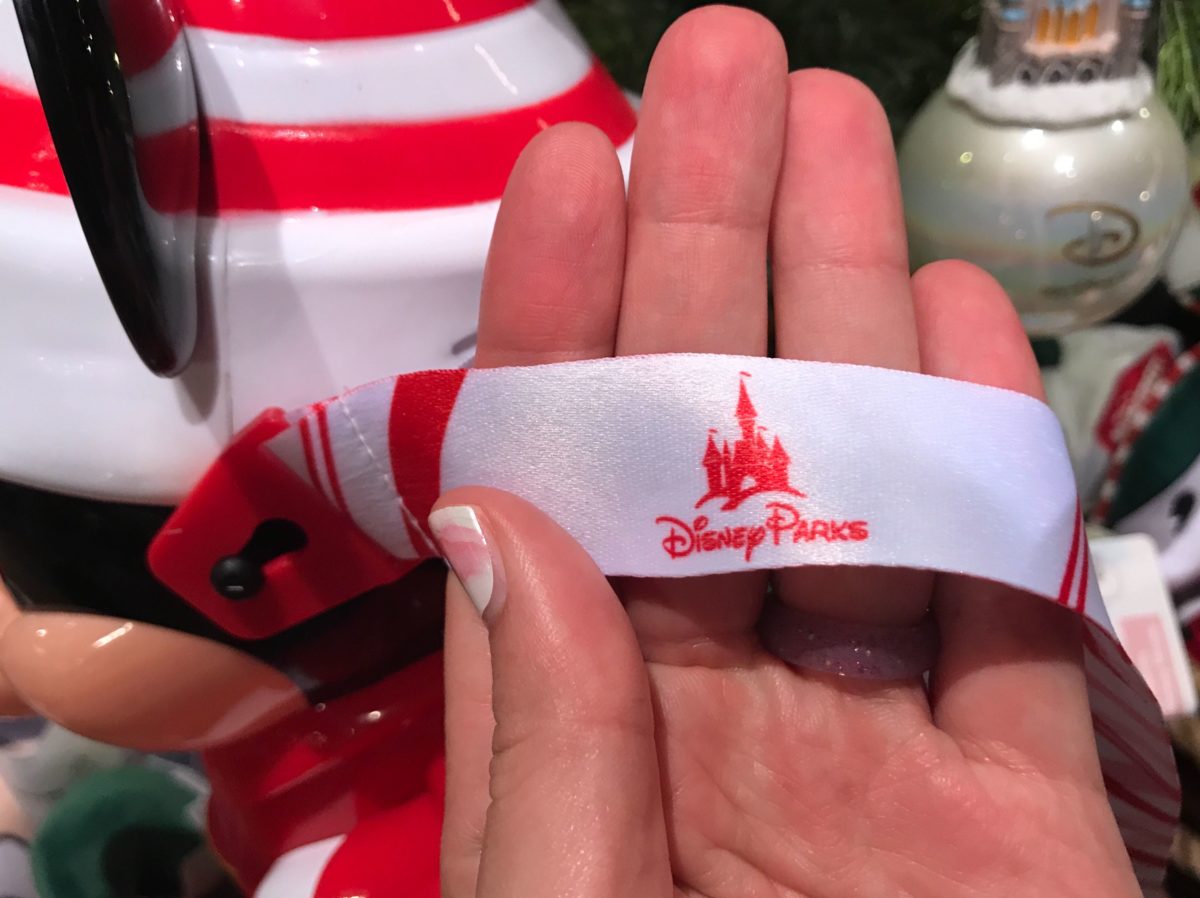 The strap for the bucket features peppermint candy stripes and the Disney Parks logo. 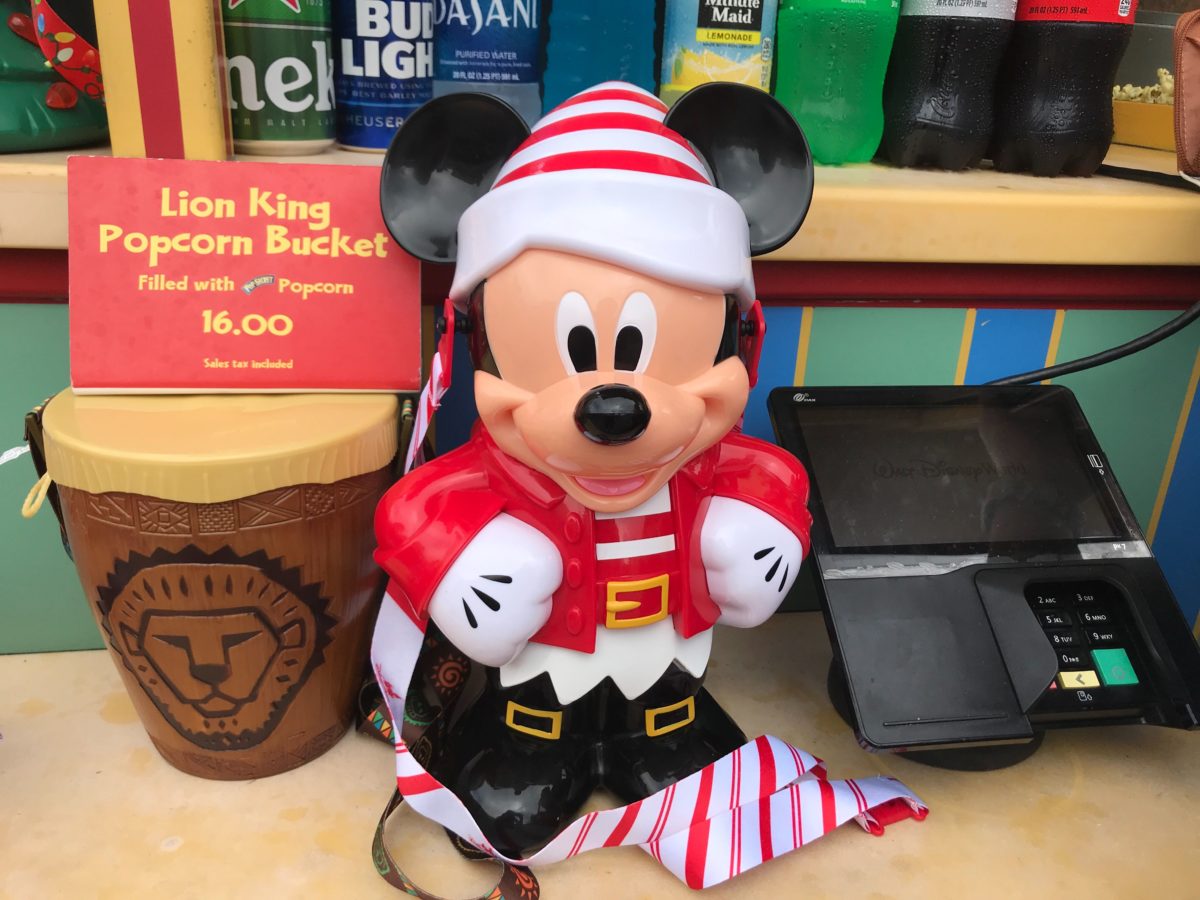 We found the bucket at the popcorn cart in the center of DinoLand in Disney’s Animal Kingdom. Unlike the Mickey Christmas Tree light-up bucket that appears to also have been released early, this one is not listed as a party exclusive for Mickey’s Very Merry Christmas Party and should be available at all the parks. Will you be heading over to get yourself a Mickey Elf of your own?