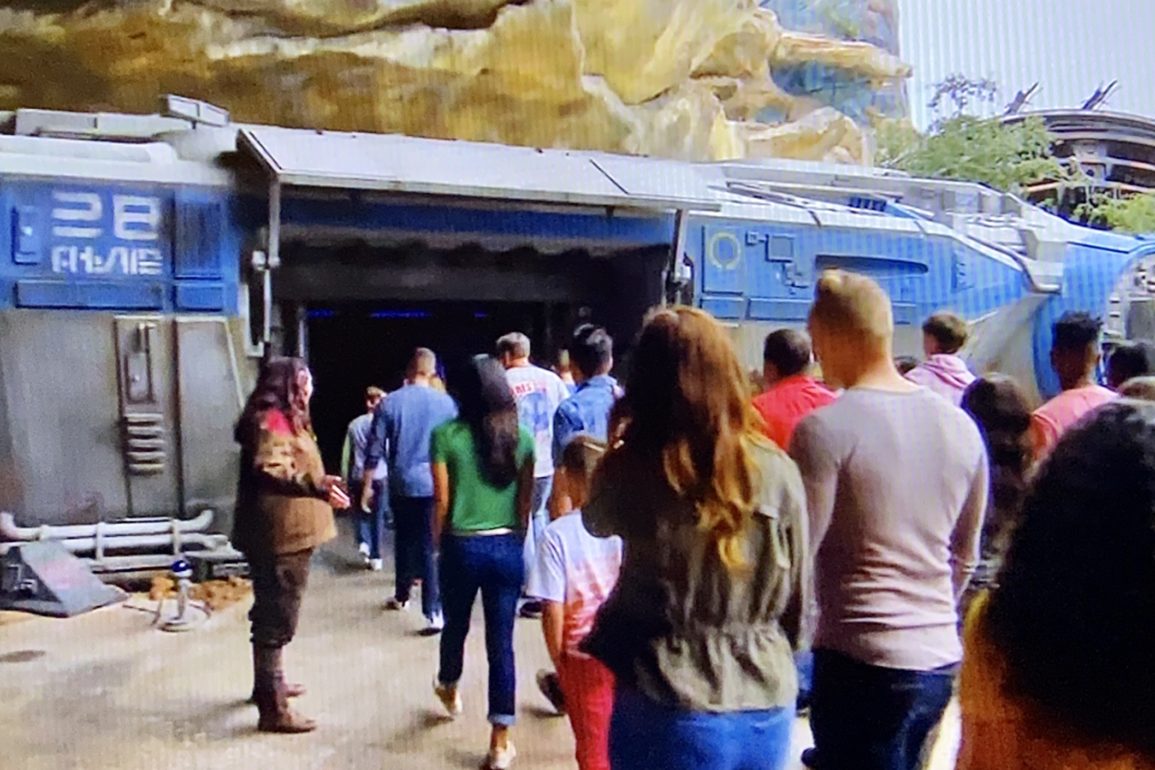 With Star Wars: Rise of the Resistance finally opening in Star Wars: Galaxy’s Edge at Disney’s Hollywood Studios next week, Disney released a new preview of the attraction during The Wonderful World of Disney: Magical Holiday Celebration on ABC this evening. Here’s the complete preview video that aired this evening for you viewing pleasure:

Here are some screenshots from the preview video:

Here is the transport that acts as a pre-show, attempting to take guests to safety, but instead captured by The First Order and brought aboard a Star Destroyer.

This looks to be a scene from aboard the transport.

Two guest vehicles making as escape through a hallway.

This appears to be a shot from the escape pod at the end of the ride, sending guests crashing back to Batuu.

The queue takes place on the Rebel/Resistance base on Batuu.

Another pre-show features a BB-8 audio-animatronic figure. We expect a hologram of another character to also appear in this scene.

Guests seated aboard the Resistance transport.

An audio-animatronic of a Mon Calamari member of the Resistance.

Star Wars: Rise of the Resistance opens December 5th, 2019 at Disney’s Hollywood Studios and on January 17th, 2020 at the Disneyland Resort.

Previous
VIDEO: Relive The Past In This Amazing New Featurette For “Star Wars: The Rise Of Skywalker”

Next
PHOTOS: More Pavement Filled in for New Walkway from Disney’s Contemporary Resort to the Magic Kingdom