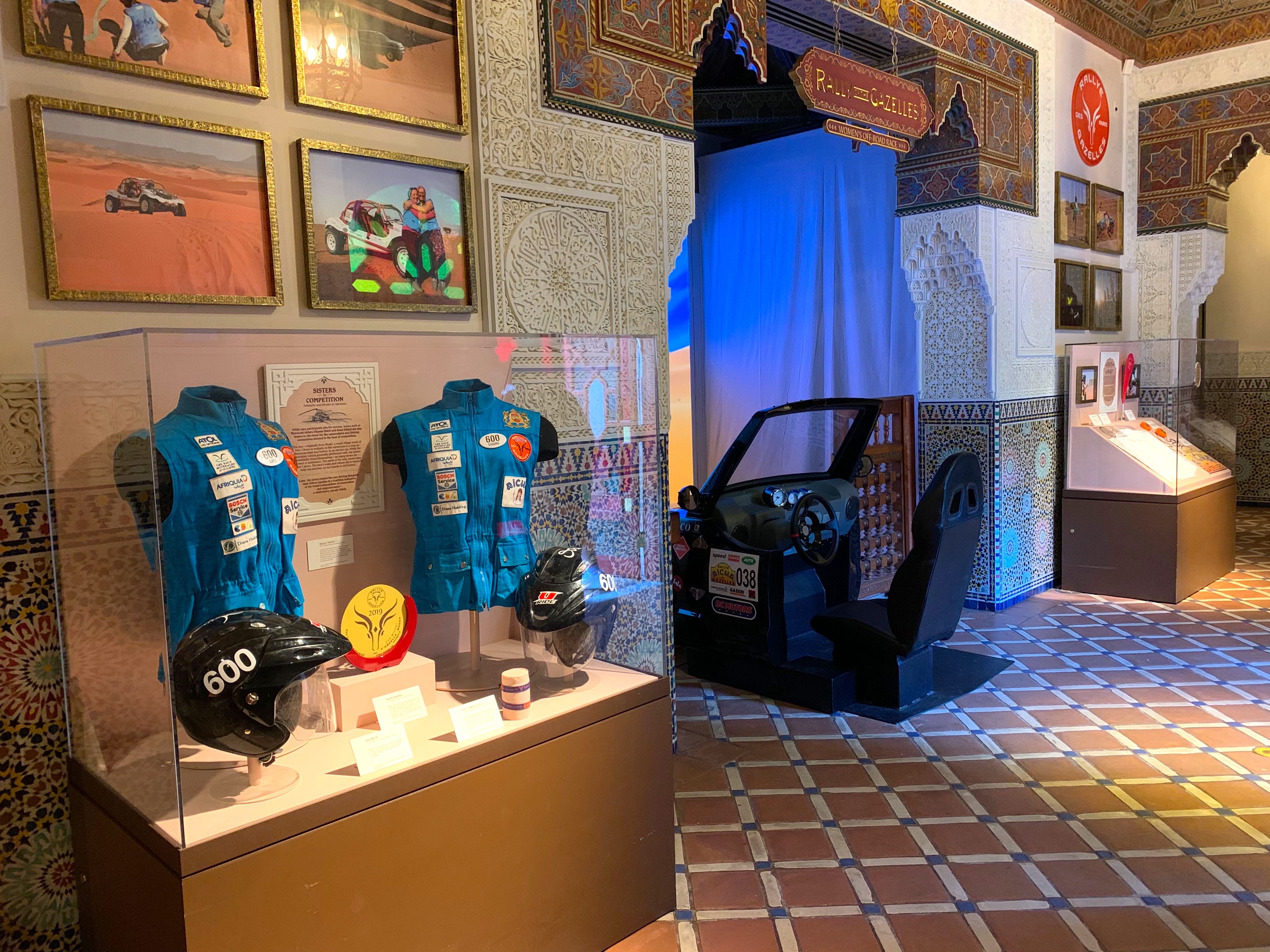 PHOTOS, VIDEO: Tour the New “Race Against the Sun: Ancient Technique to Modern Competition” Exhibit in the Morocco Pavilion at EPCOT

After weeks of checking in on the Morocco Pavilion awaiting the reopening of the Gallery of Arts and History, the new exhibit is finally open and we headed over to check it out. As was announced earlier, “Race Against the Sun” showcases two incredible modern-day competitions – Marathon des Sables (Marathon of the Sands) and Rallye Aïcha des Gazelles du Maroc (Rally of the Gazelles) – as well as the rich history of the ancient inhabitants of the Sahara, the Berbers. We’re always down for original edutainment in the parks, especially at EPCOT, and the special focus on women was somewhat of a progressive surprise. Let’s venture in and tour the space. 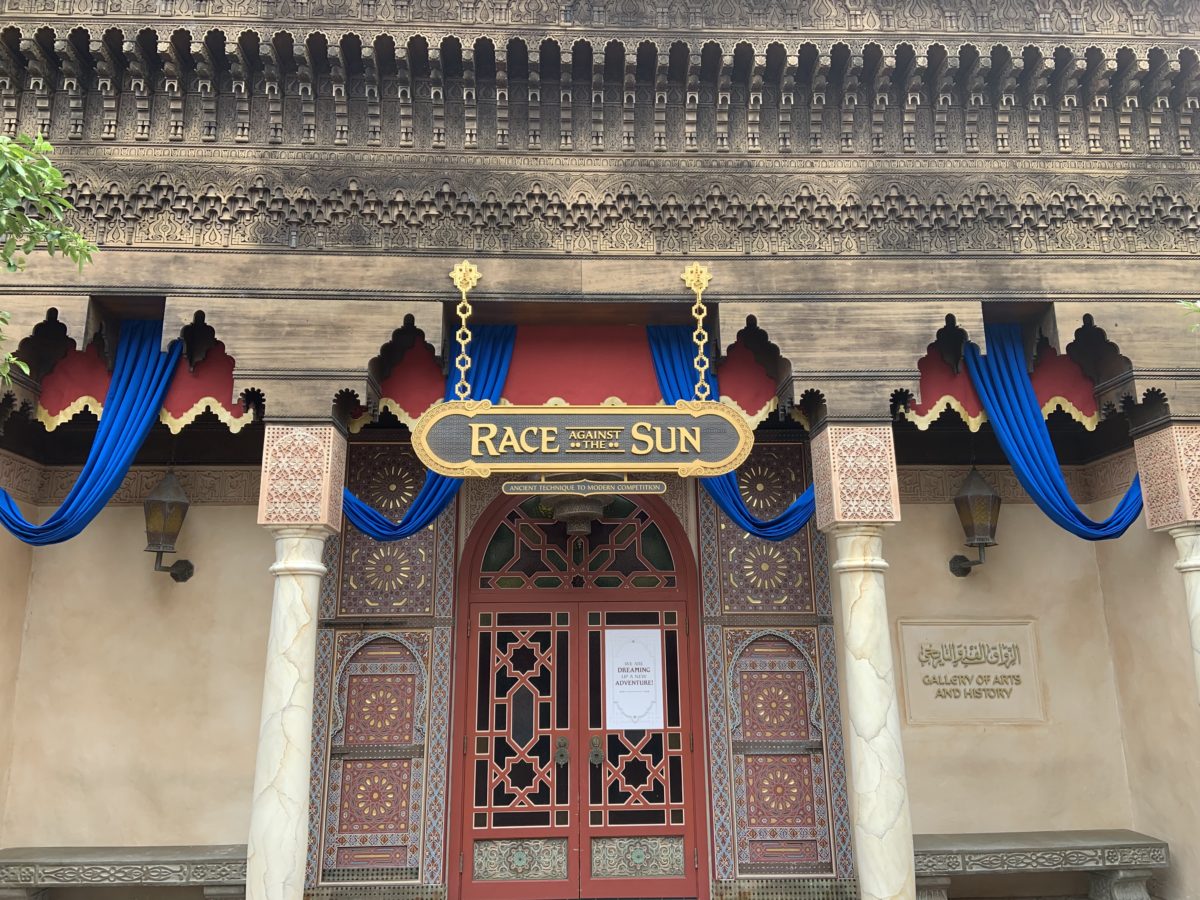 You can find the gallery to your left as you enter the pavilion. (Here it has the sign from the day before when it had yet to open.) The sign features gilded elements against the tiled building facade. 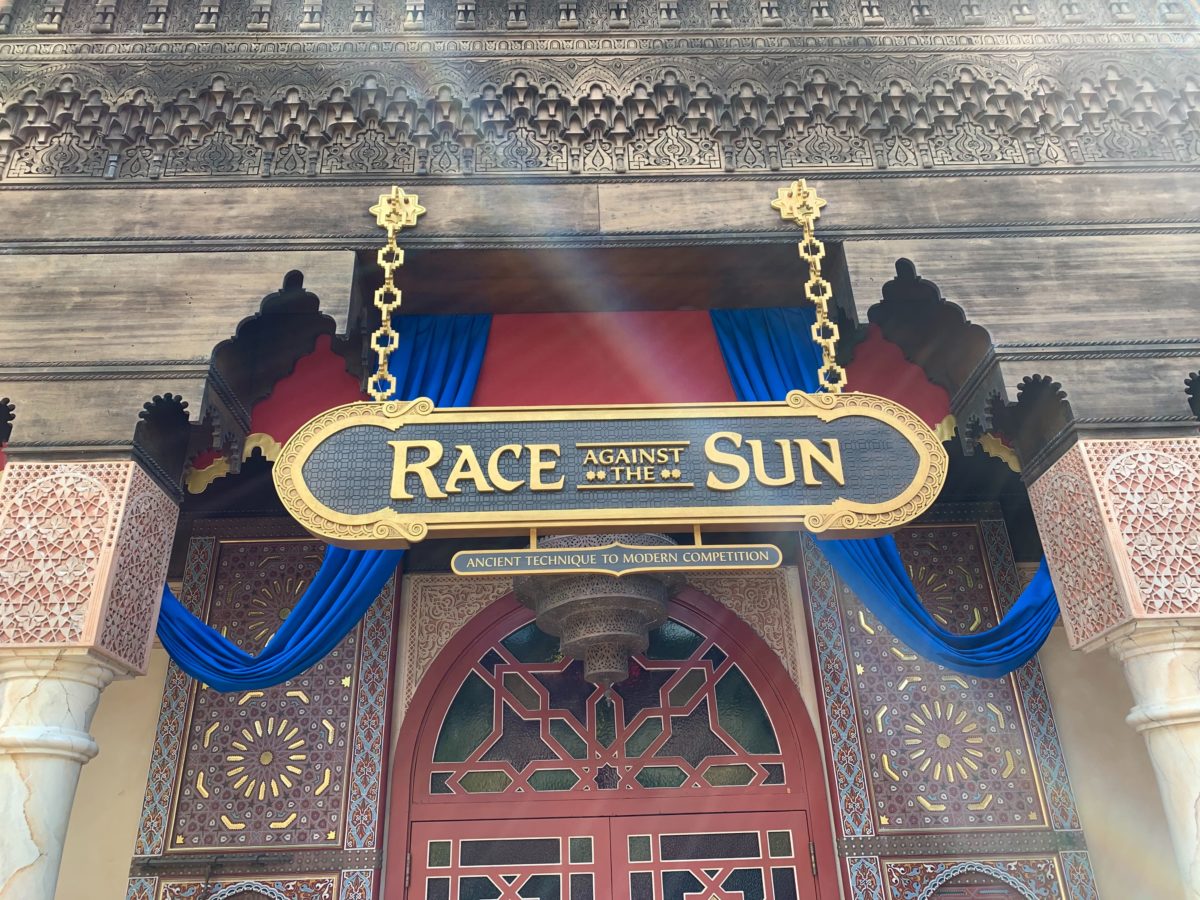 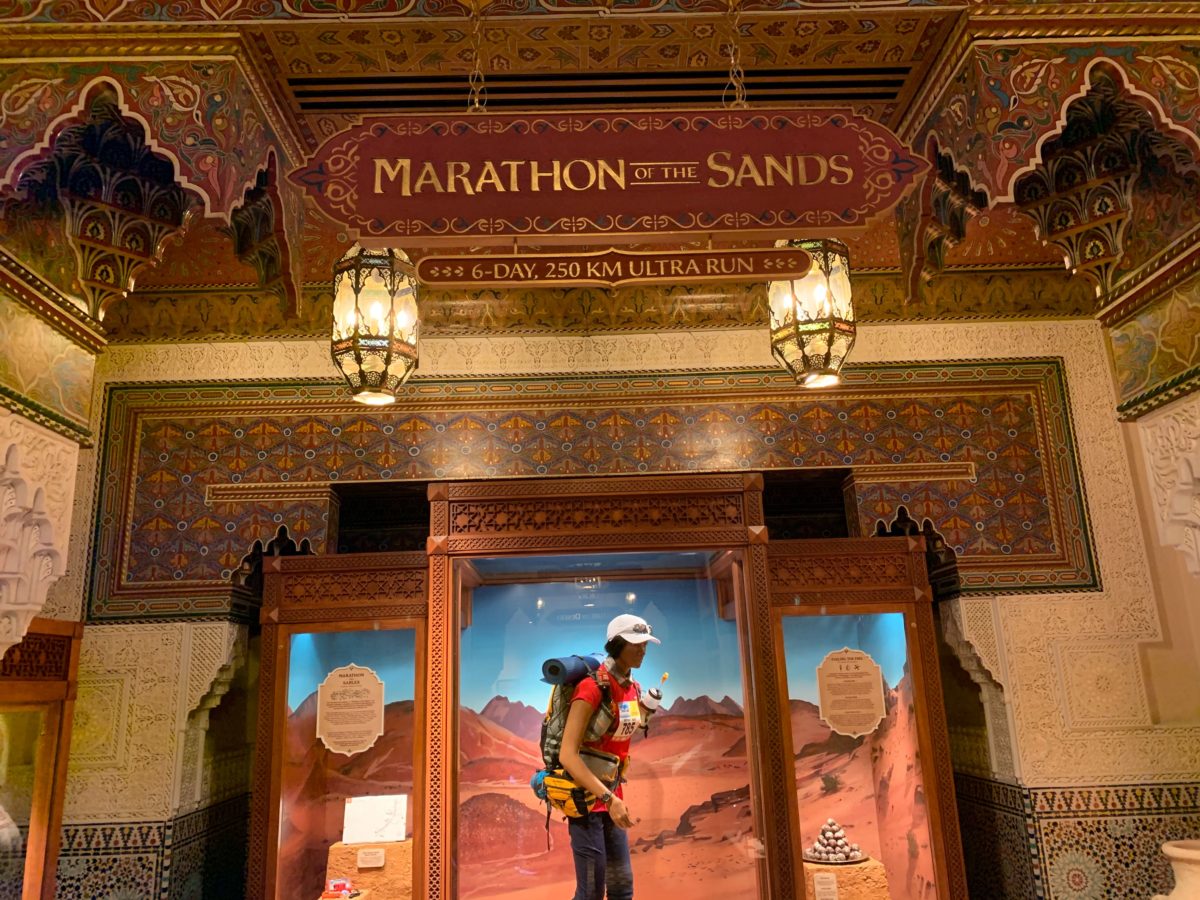 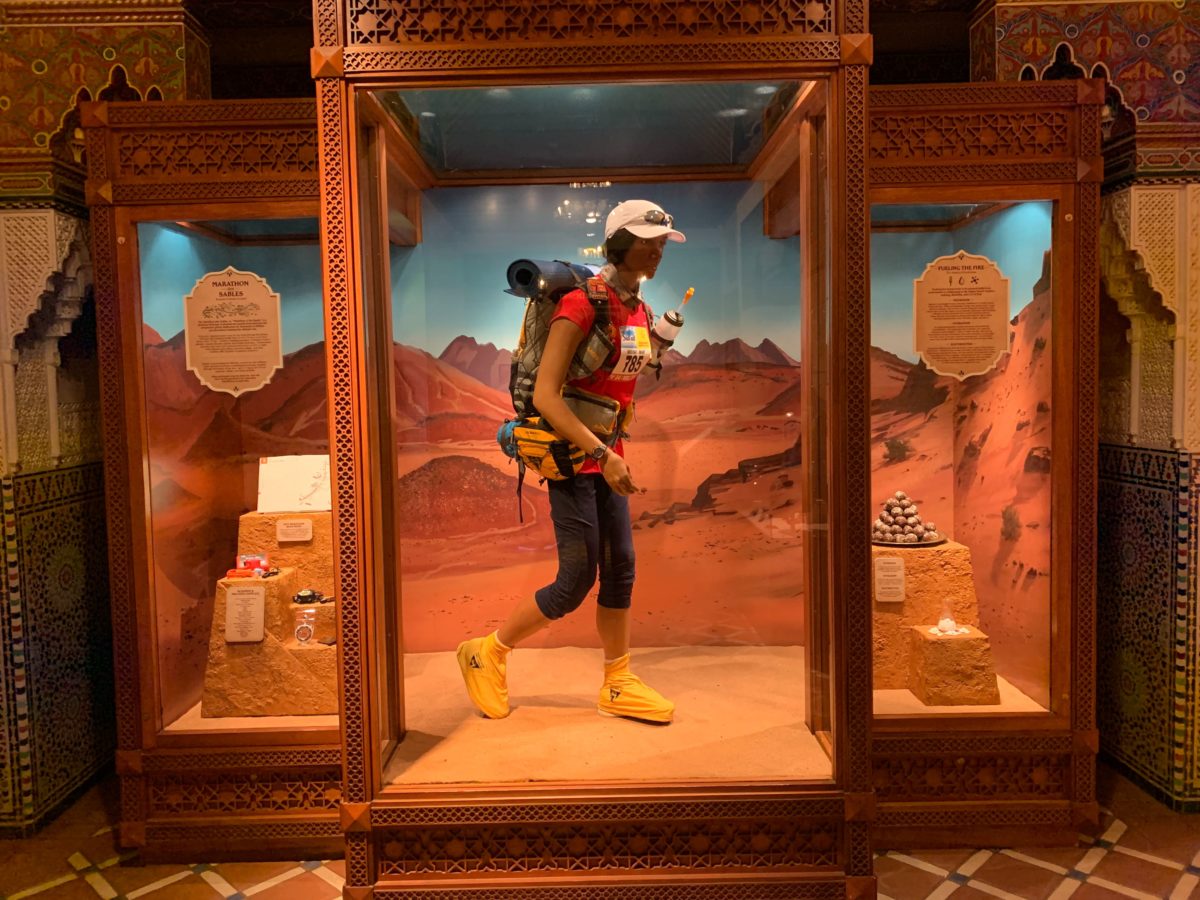 The exhibit includes a lifelike diorama of the Marathon of the Sands, which is a 6-day, 250km Ultra Run. On display are race gear and trophies from Moroccan competitors. (Note the neat shoe covers for the desert.) 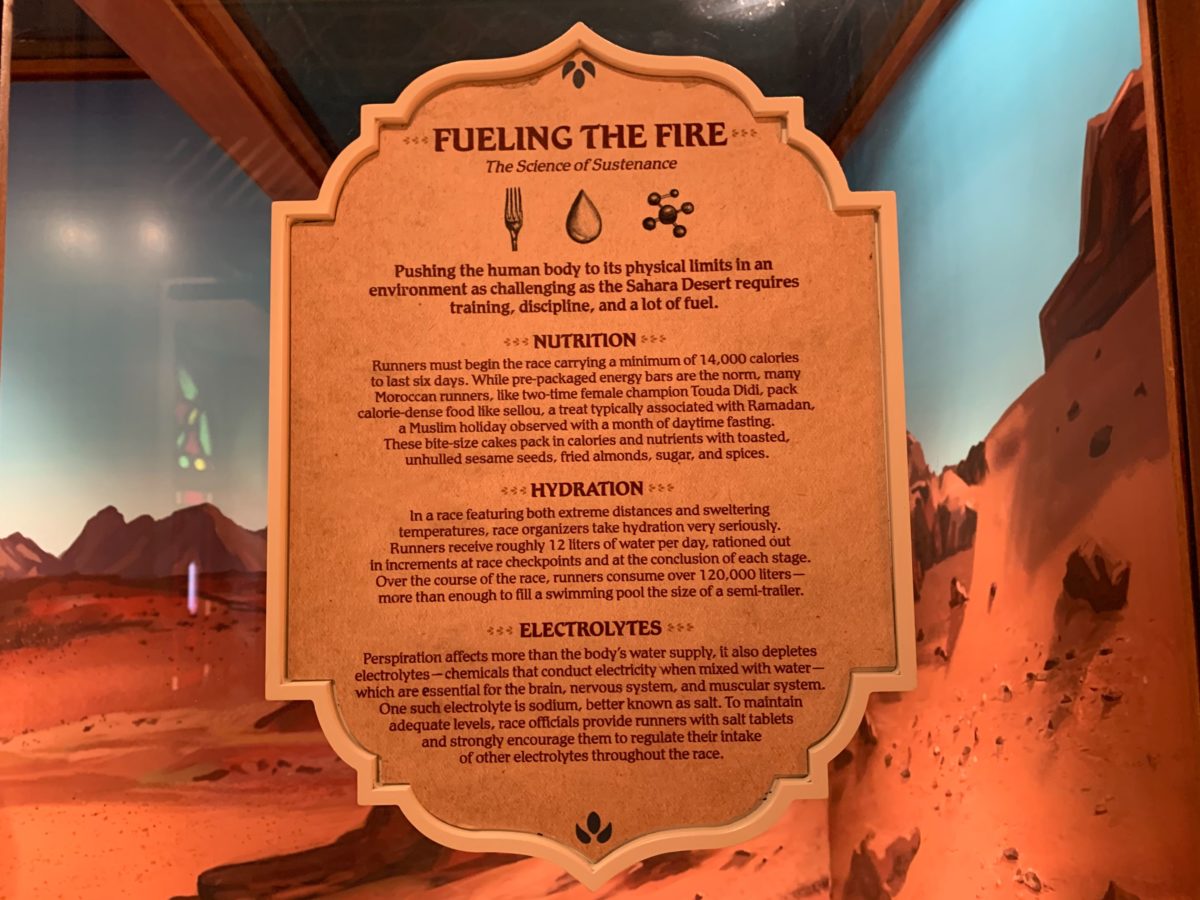 There are interesting tidbits on what it takes to fuel a runner during these intense desert races, from nutrition, to hydration, to vitamins and electrolytes. 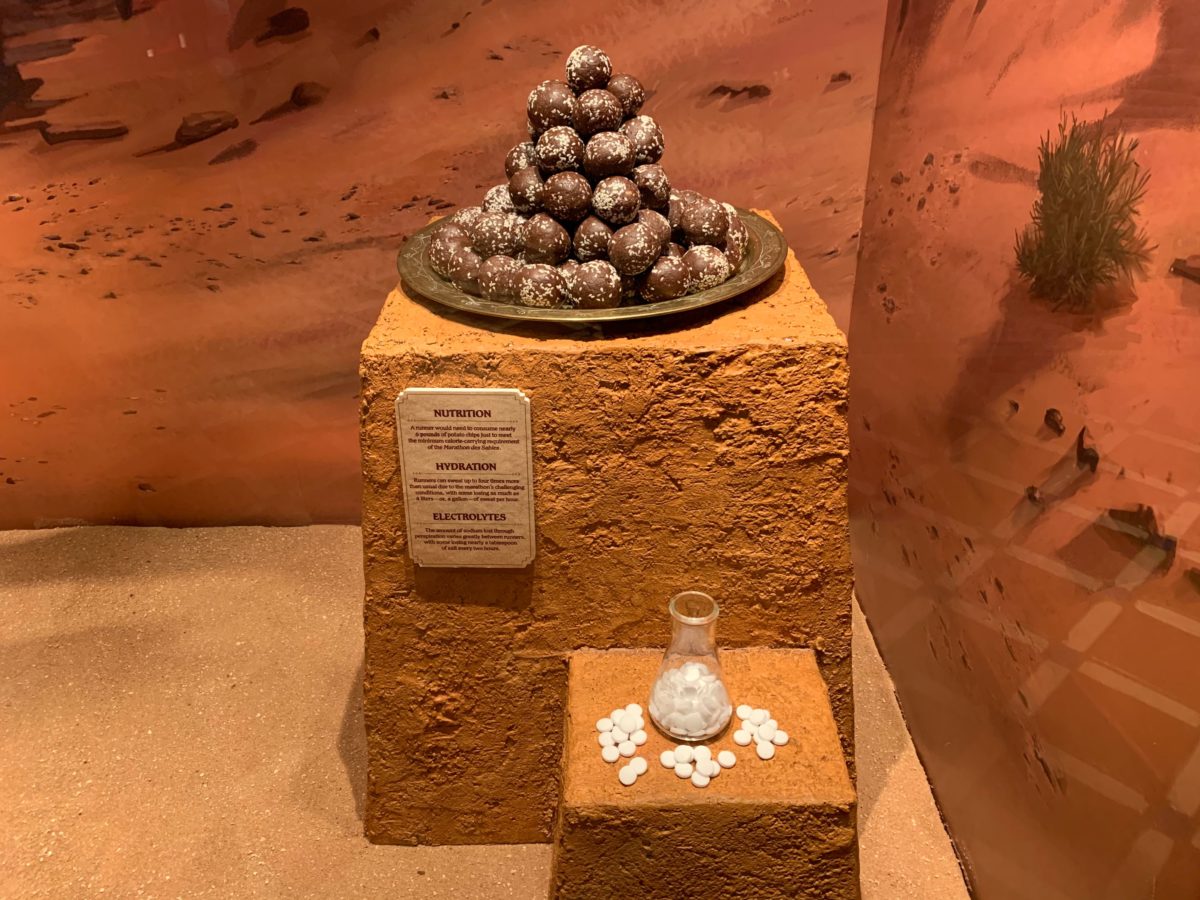 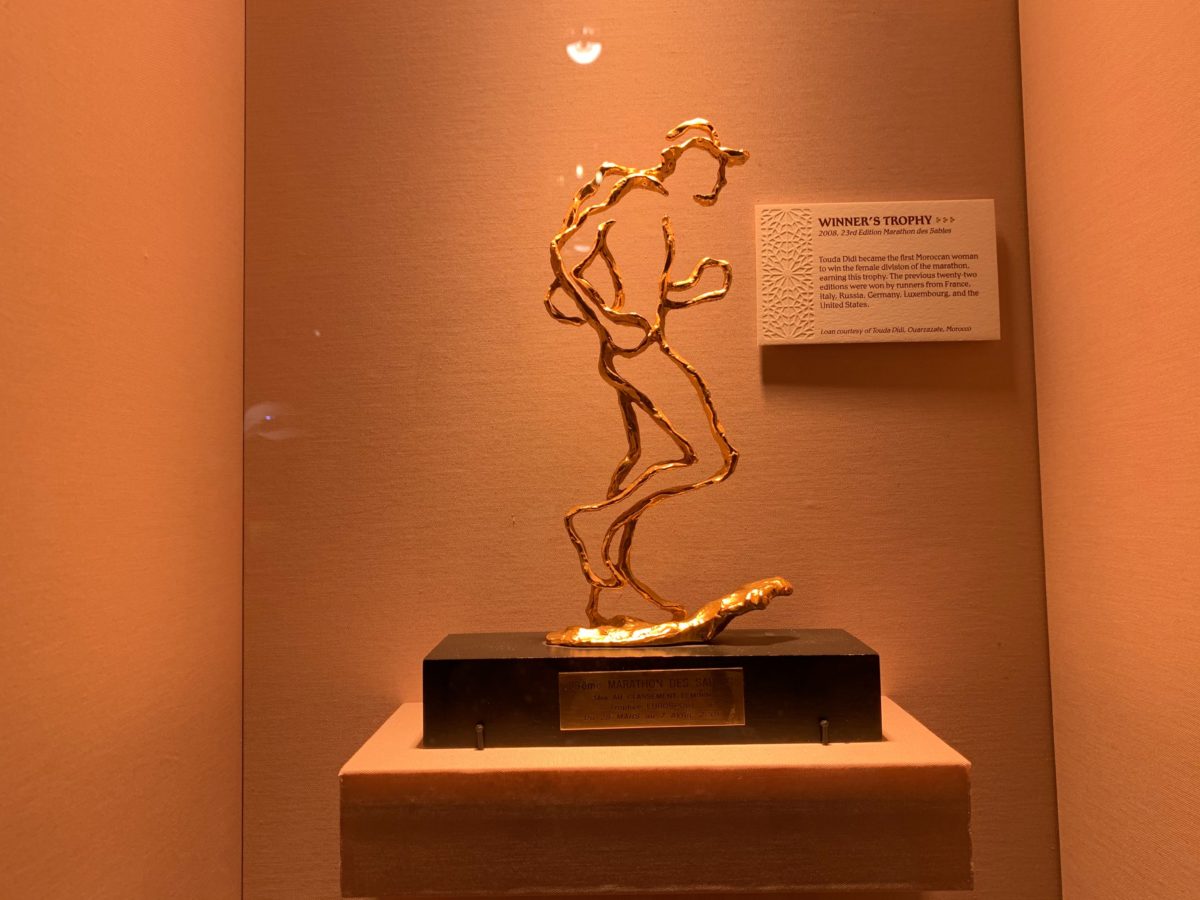 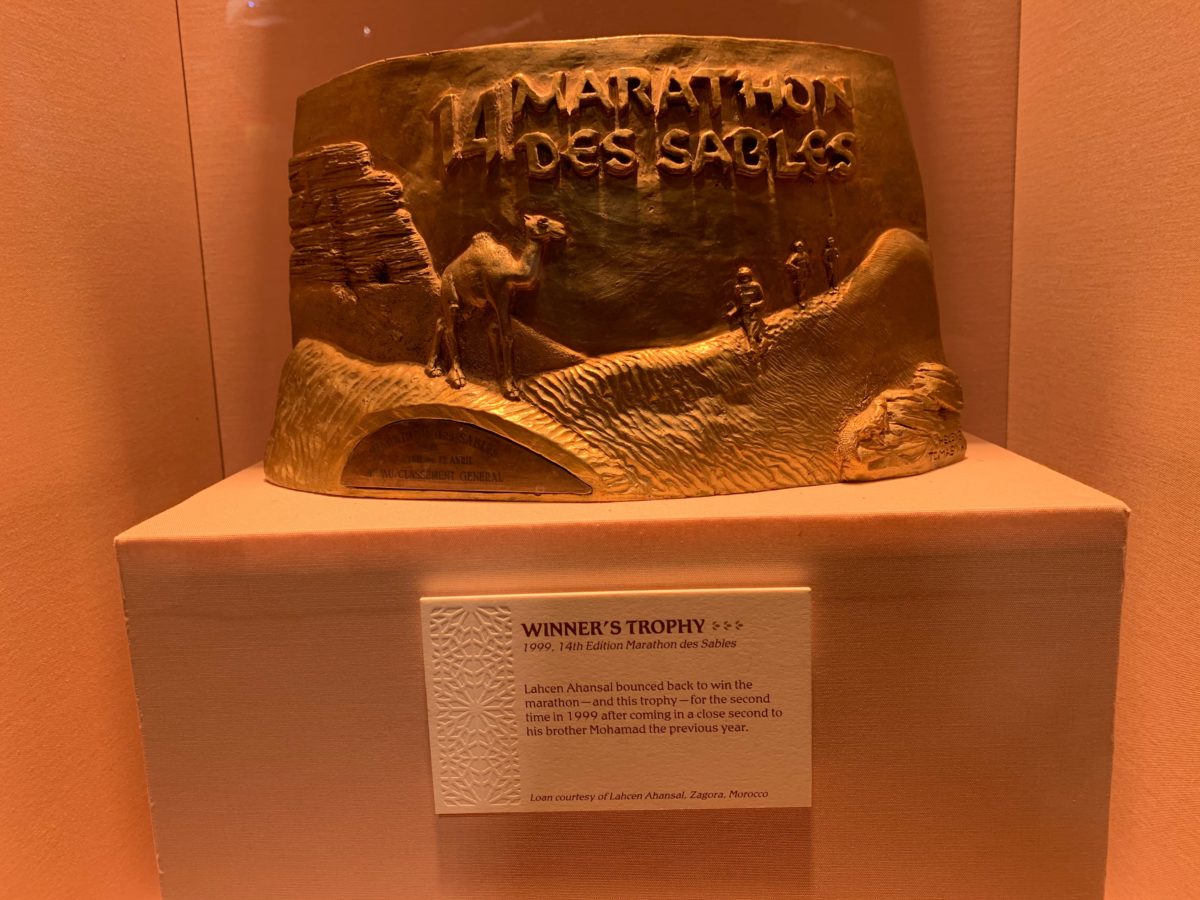 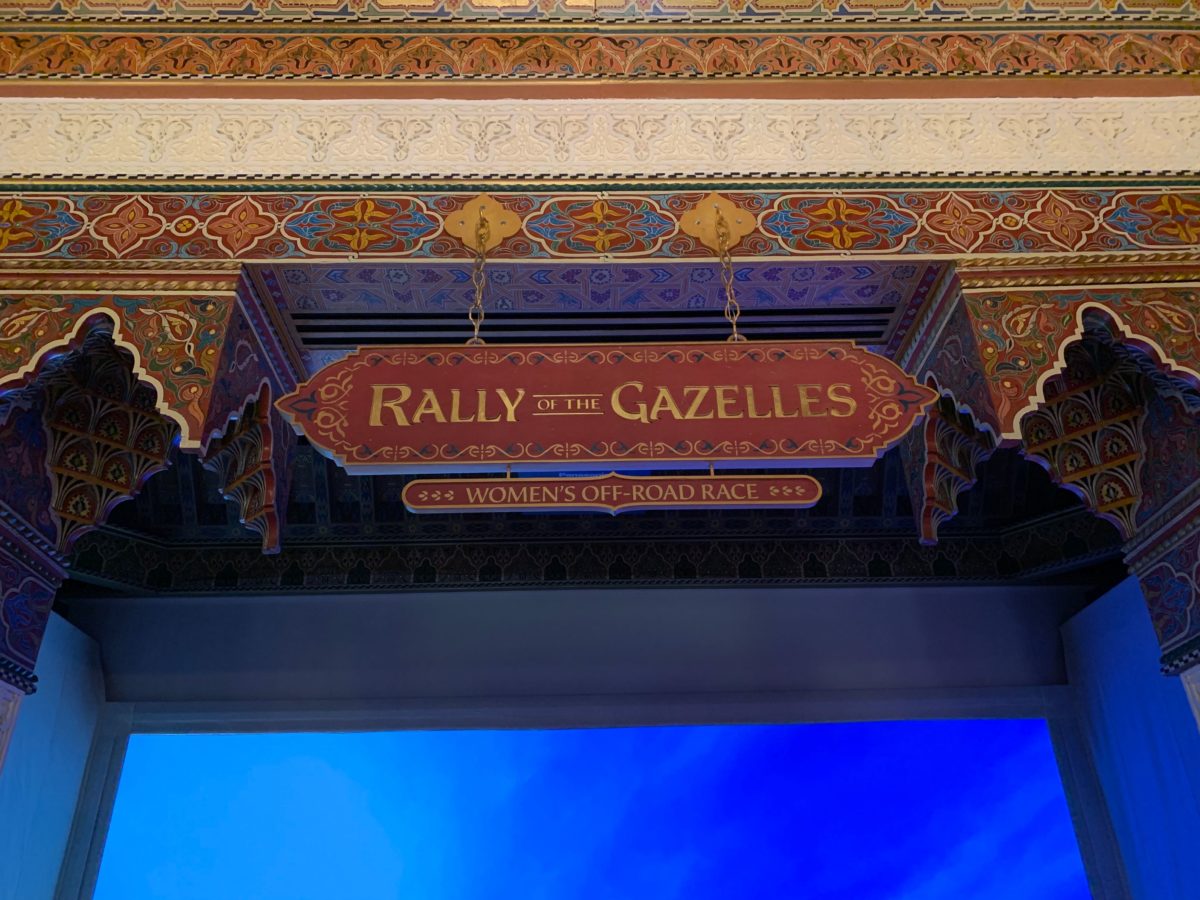 What was most hyped in the initial announcement was the addition of an interactive photo opportunity highlighting Rally of the Gazelles – the off-road, all-woman desert rally. 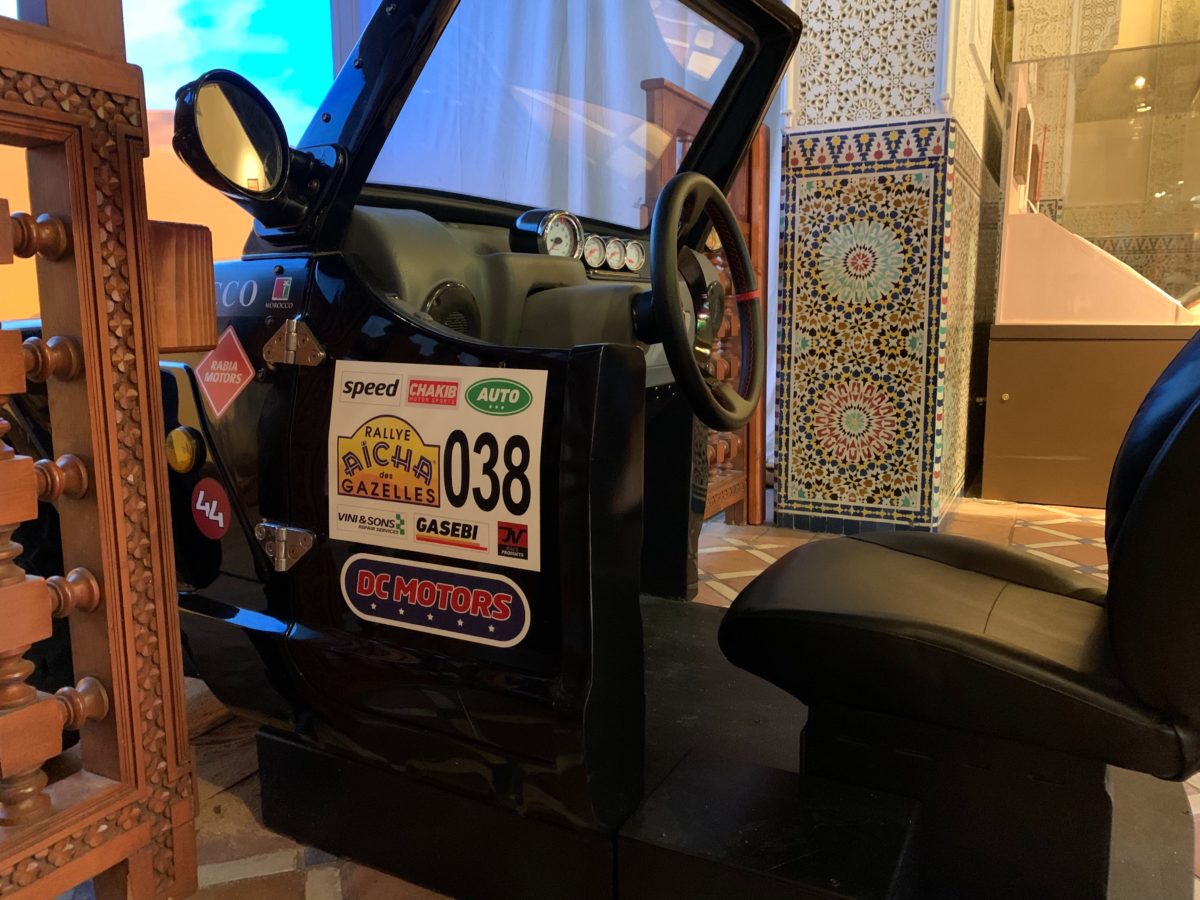 At first, we thought this would be an arcade-style addition, but it really is just a photo op, with a film running on loop against the screen. 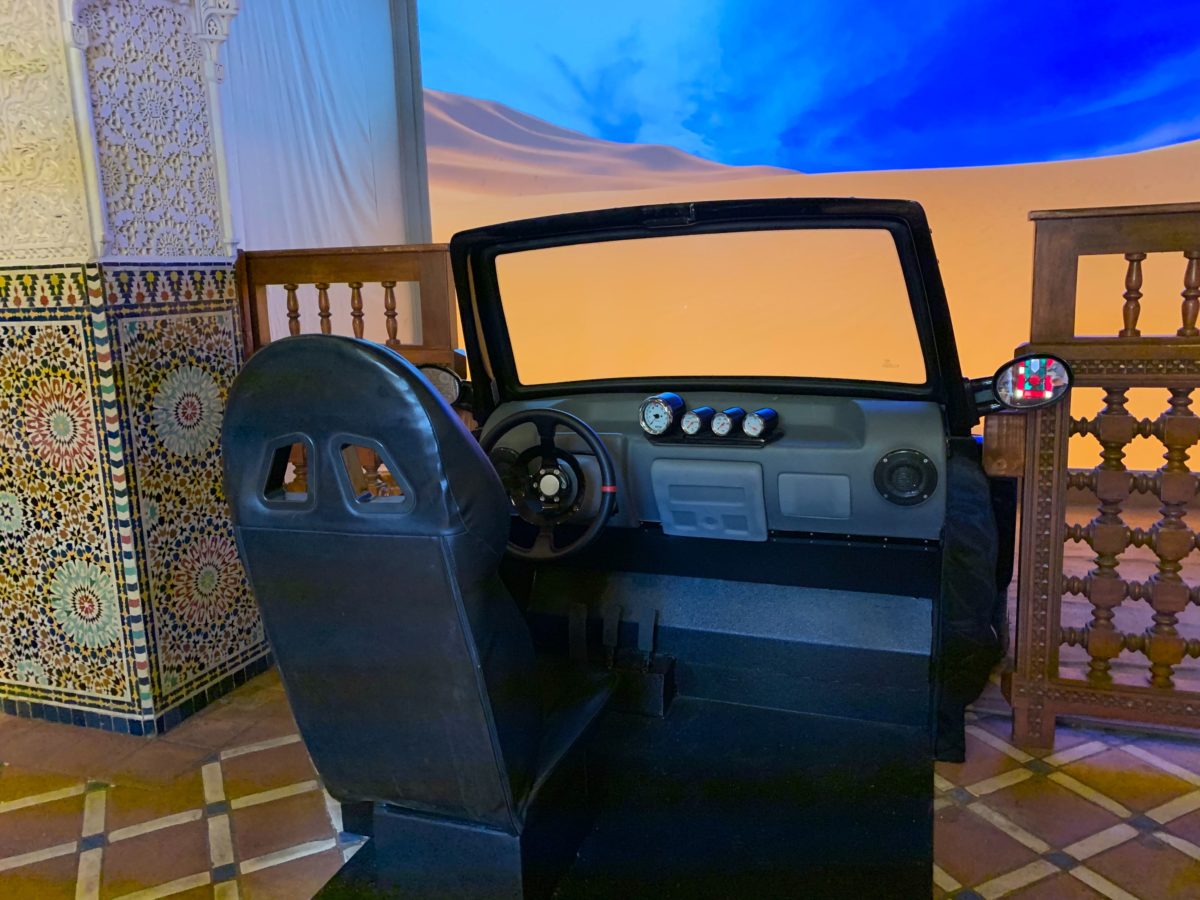 You can turn the wheel on the car mockup, but the gas and brake pedals are just for show. It would’ve been nice to see some more interactive elements here, but it seems they only went halfway with the idea. 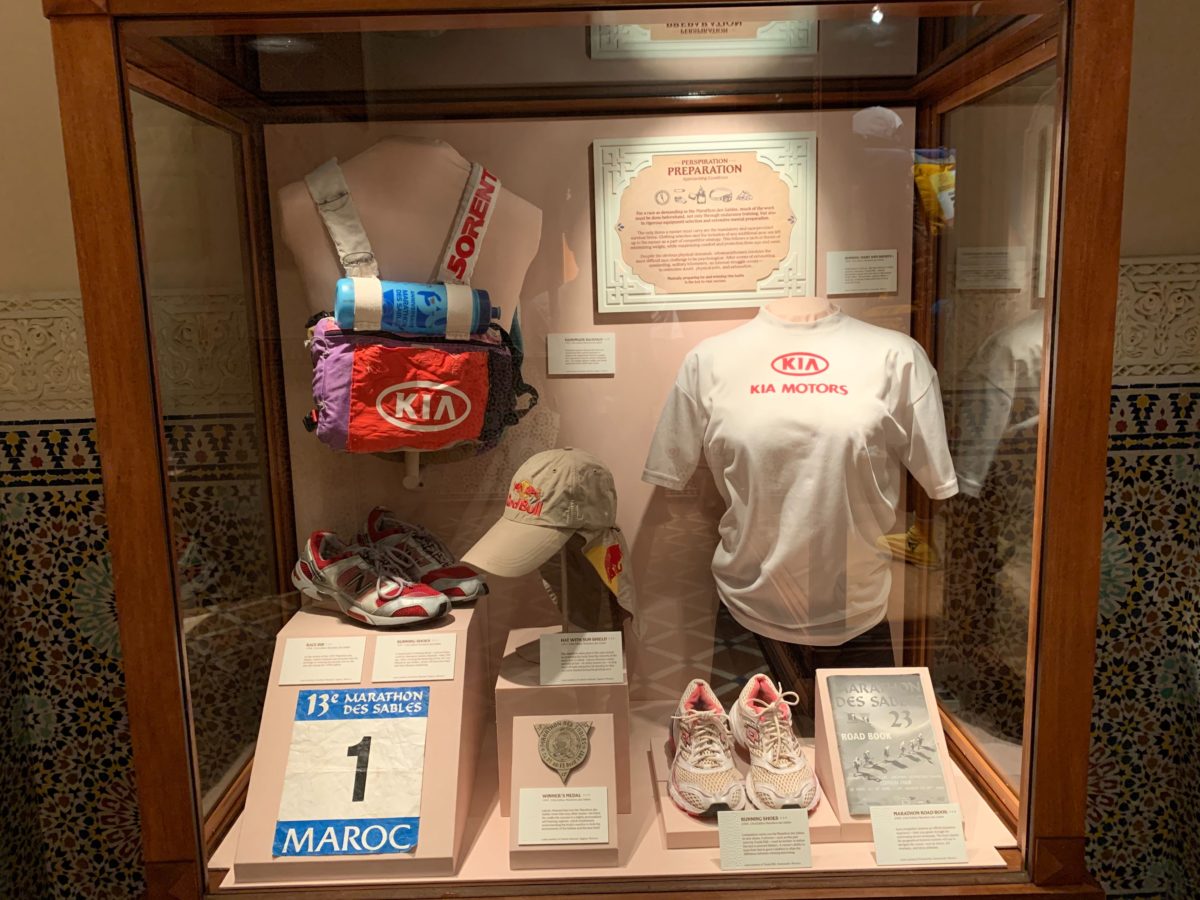 Also on display are these bibs and outfits for the Marathon Des Sables. 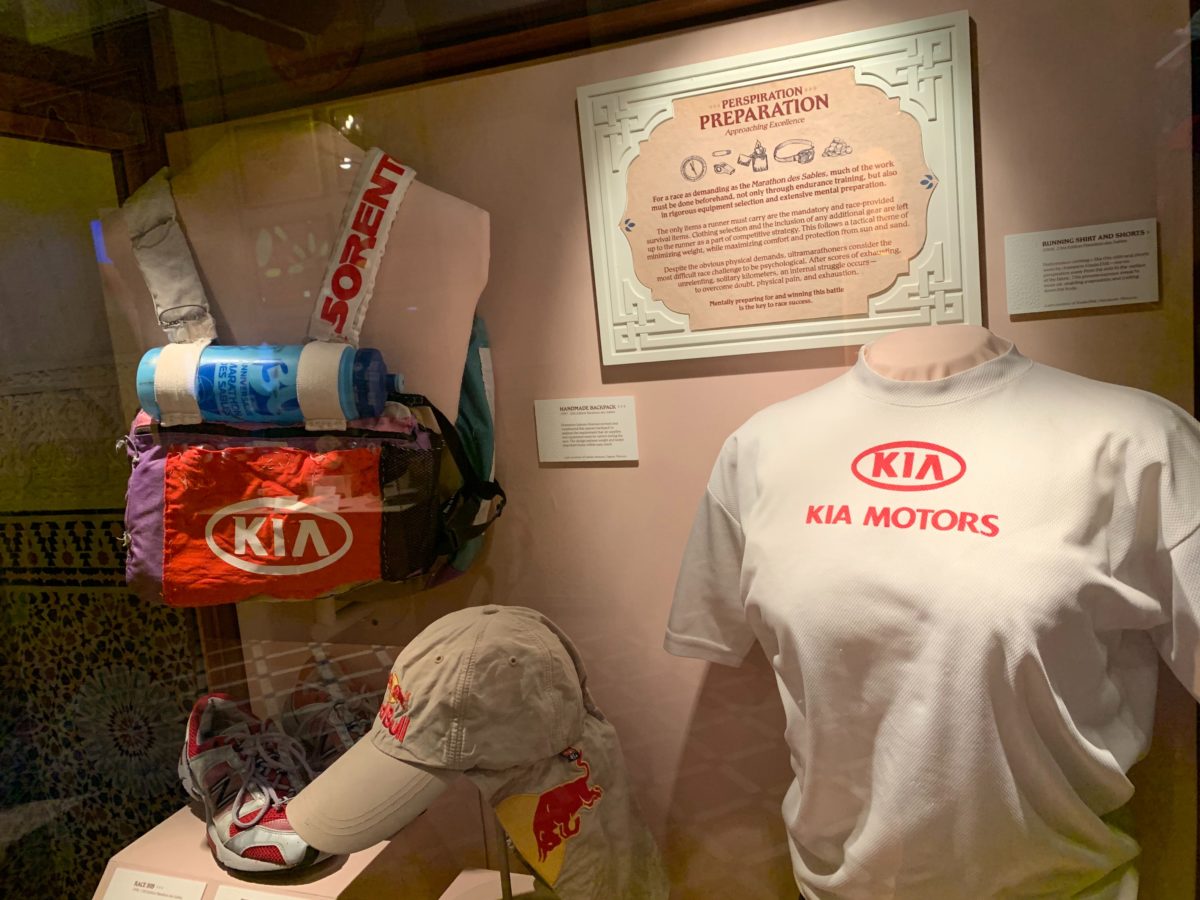 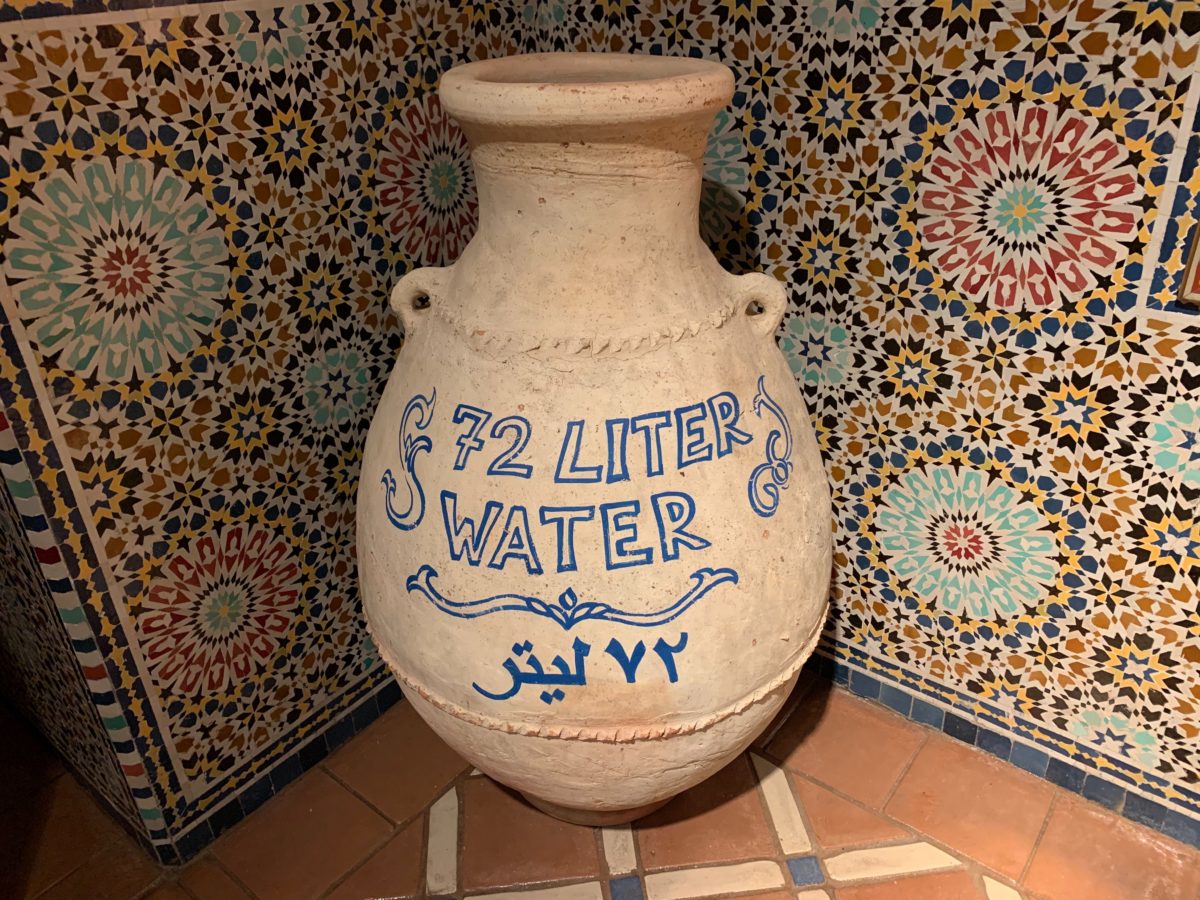 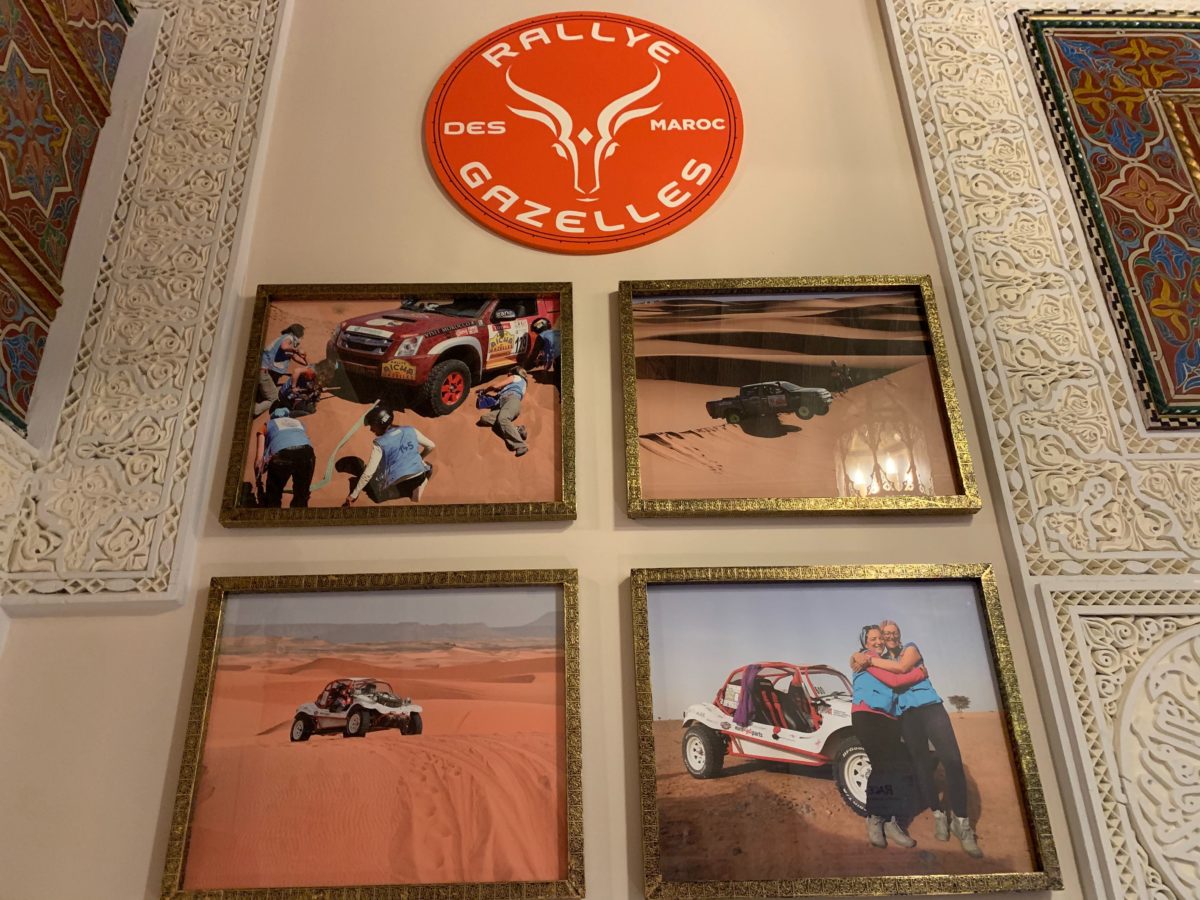 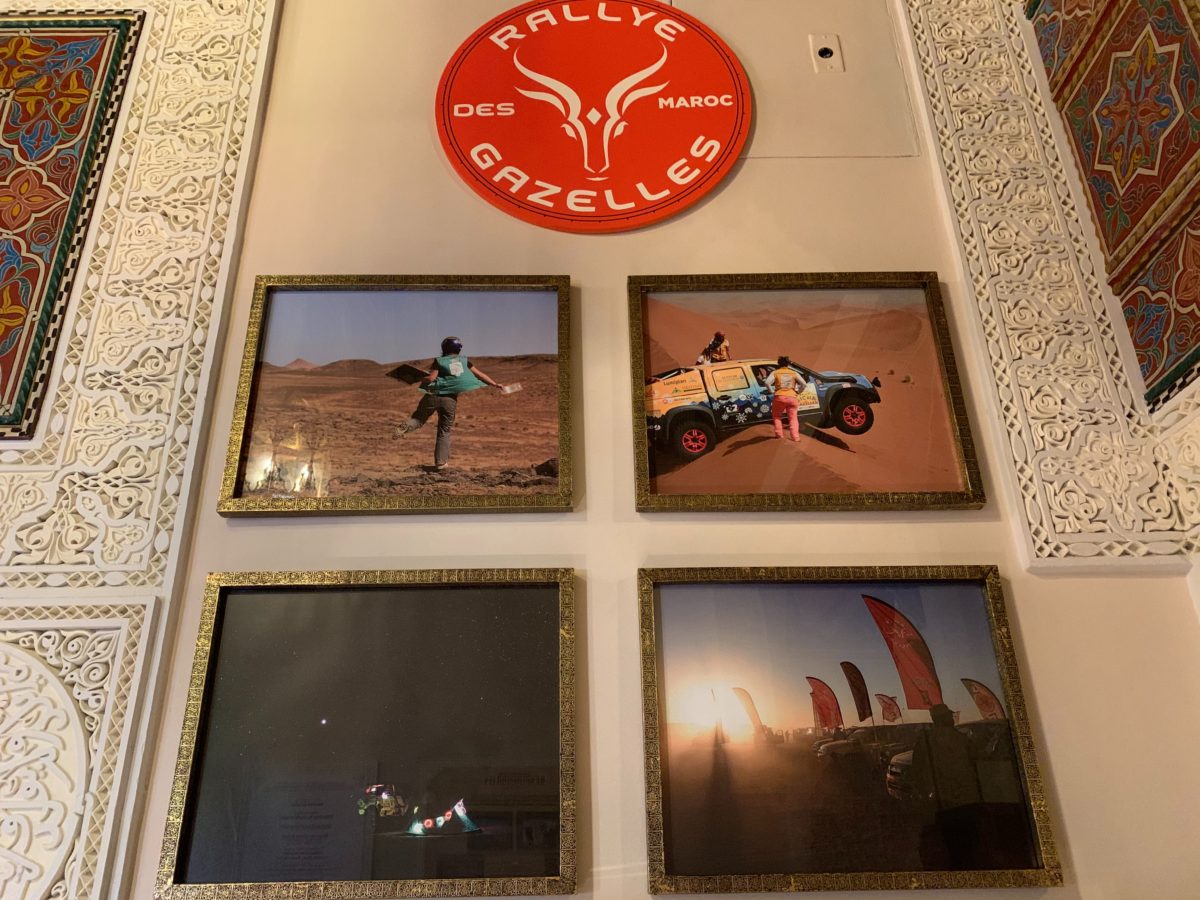 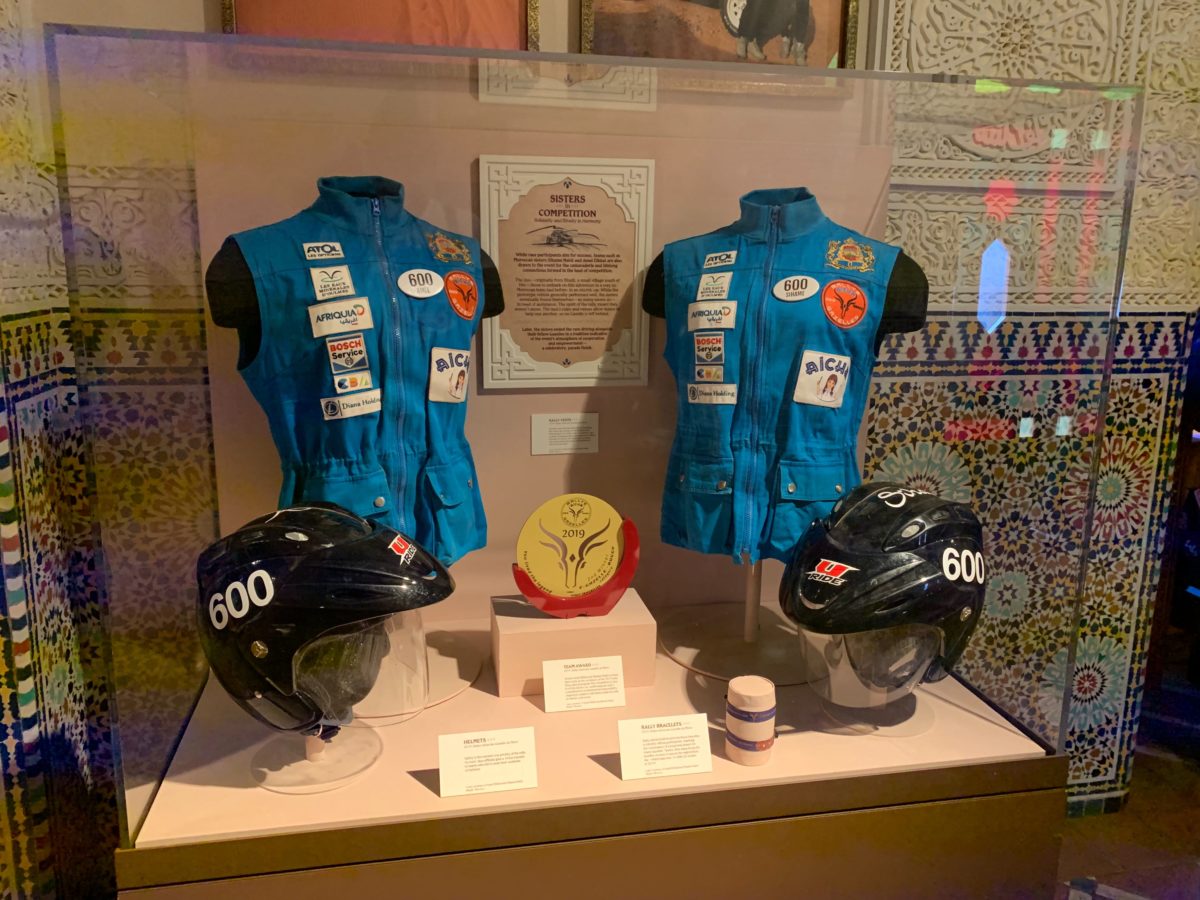 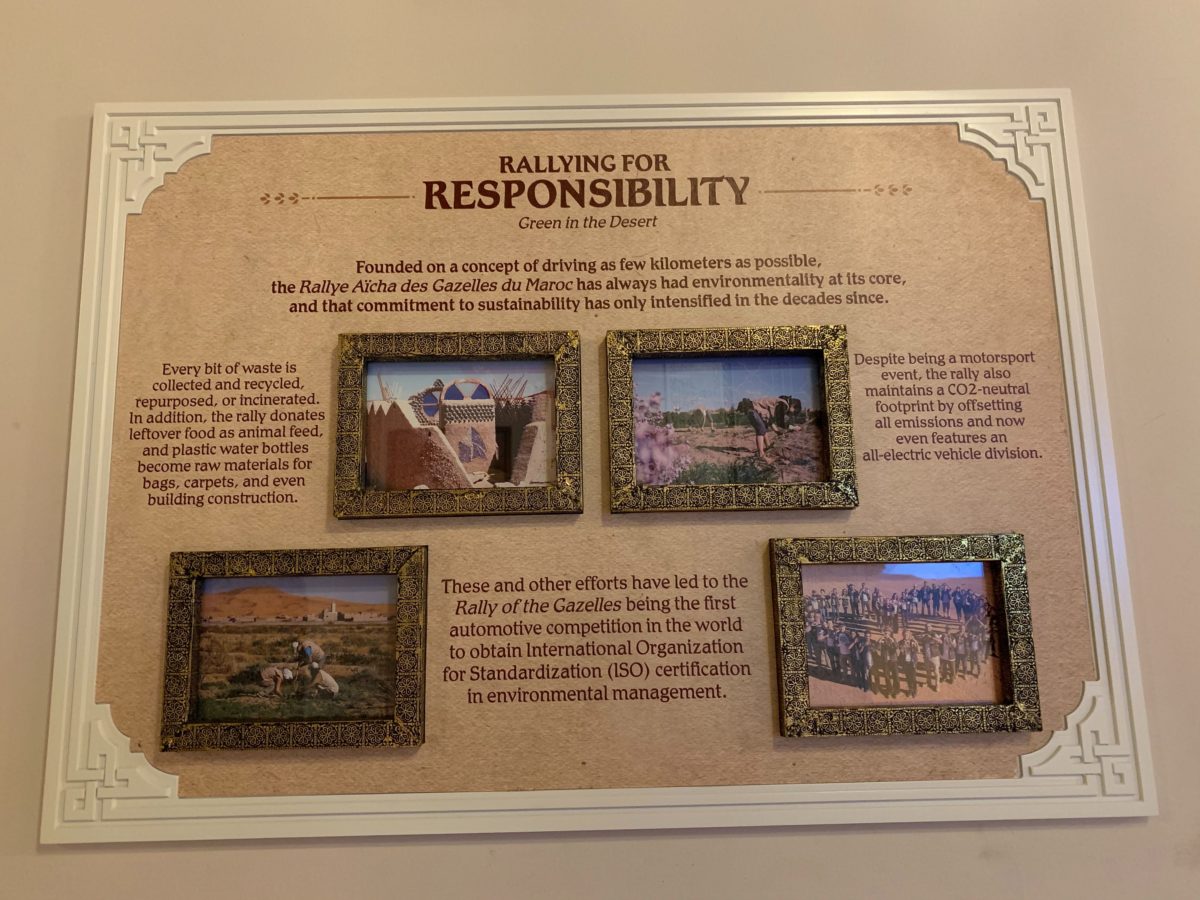 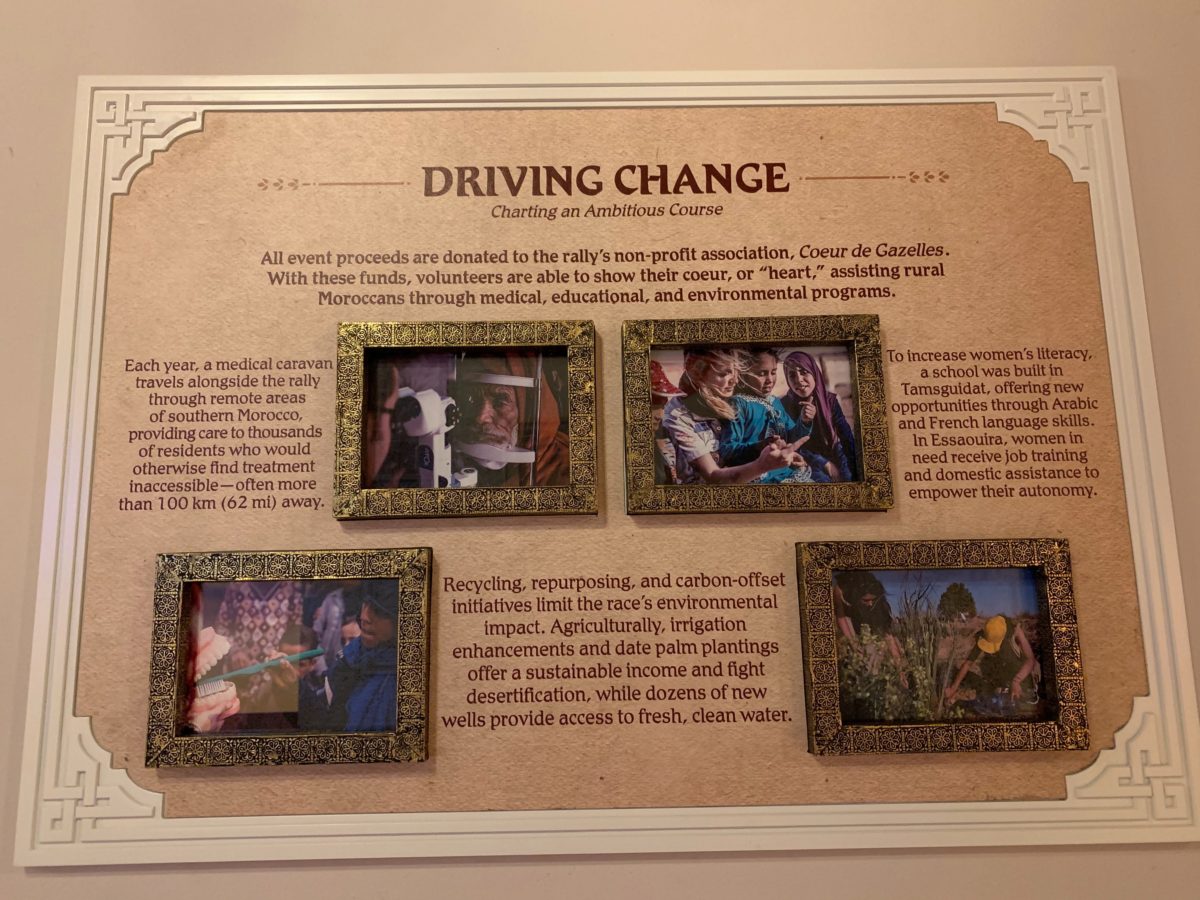 Culture in the Desert 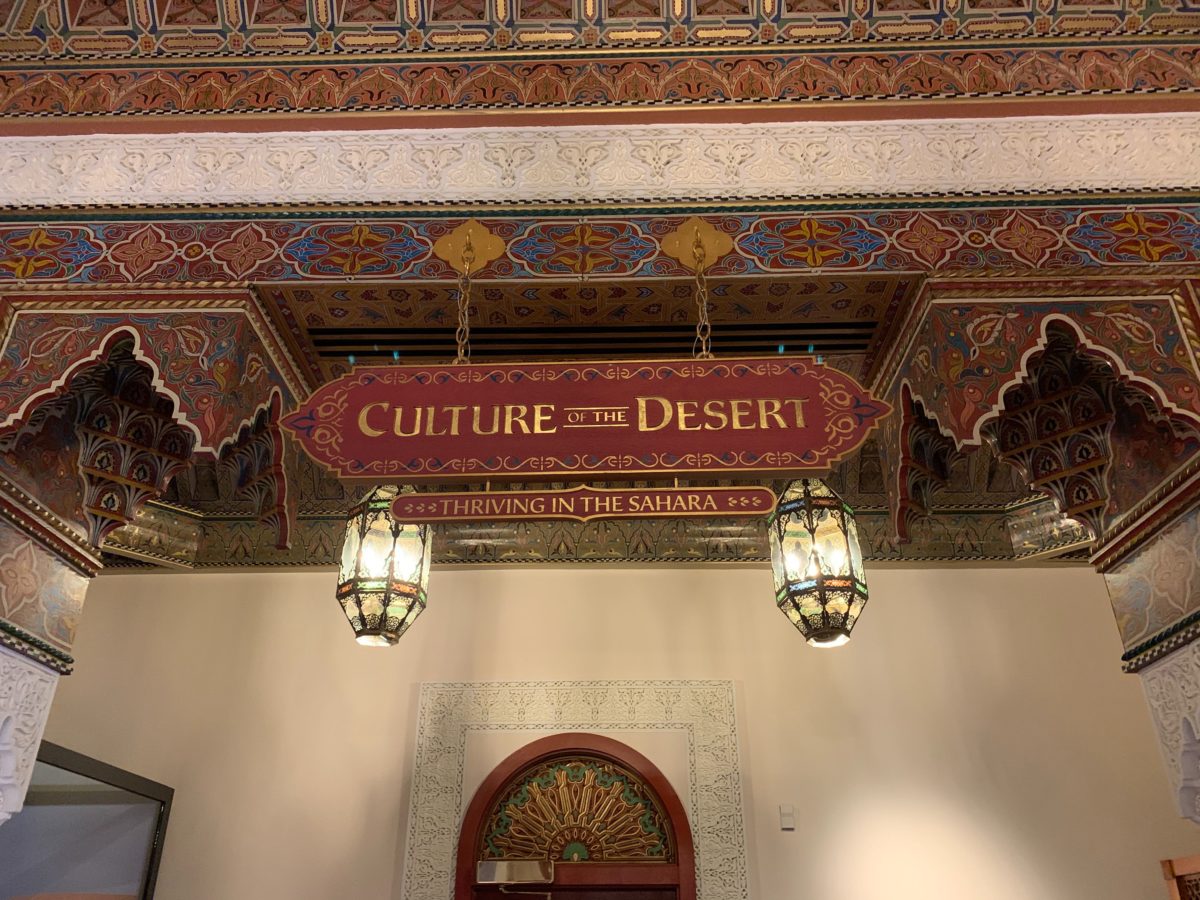 In keeping with the original theme of the Gallery, there’s this new section where guests can discover how the Sahara’s original inhabitants, the Berbers, mastered the challenges of living in a formidable desert environment. 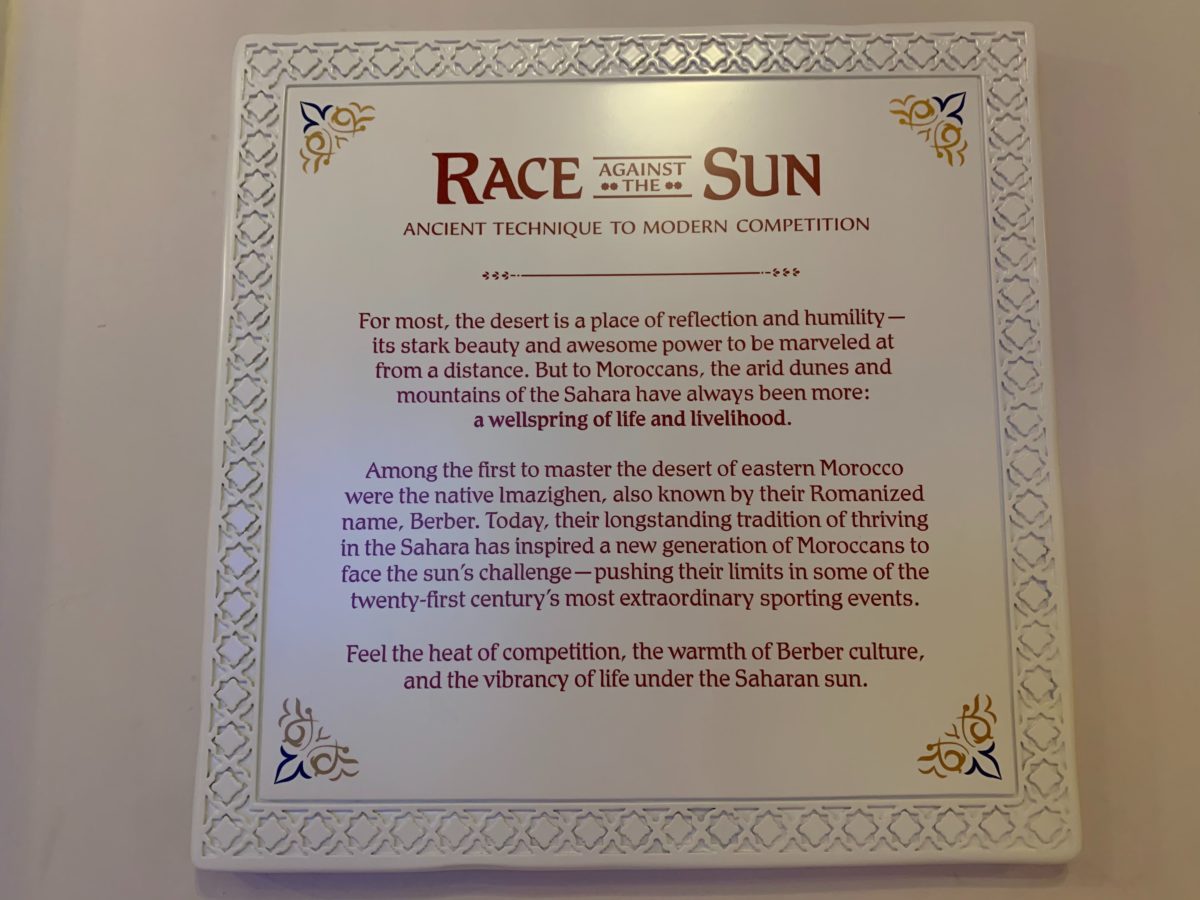 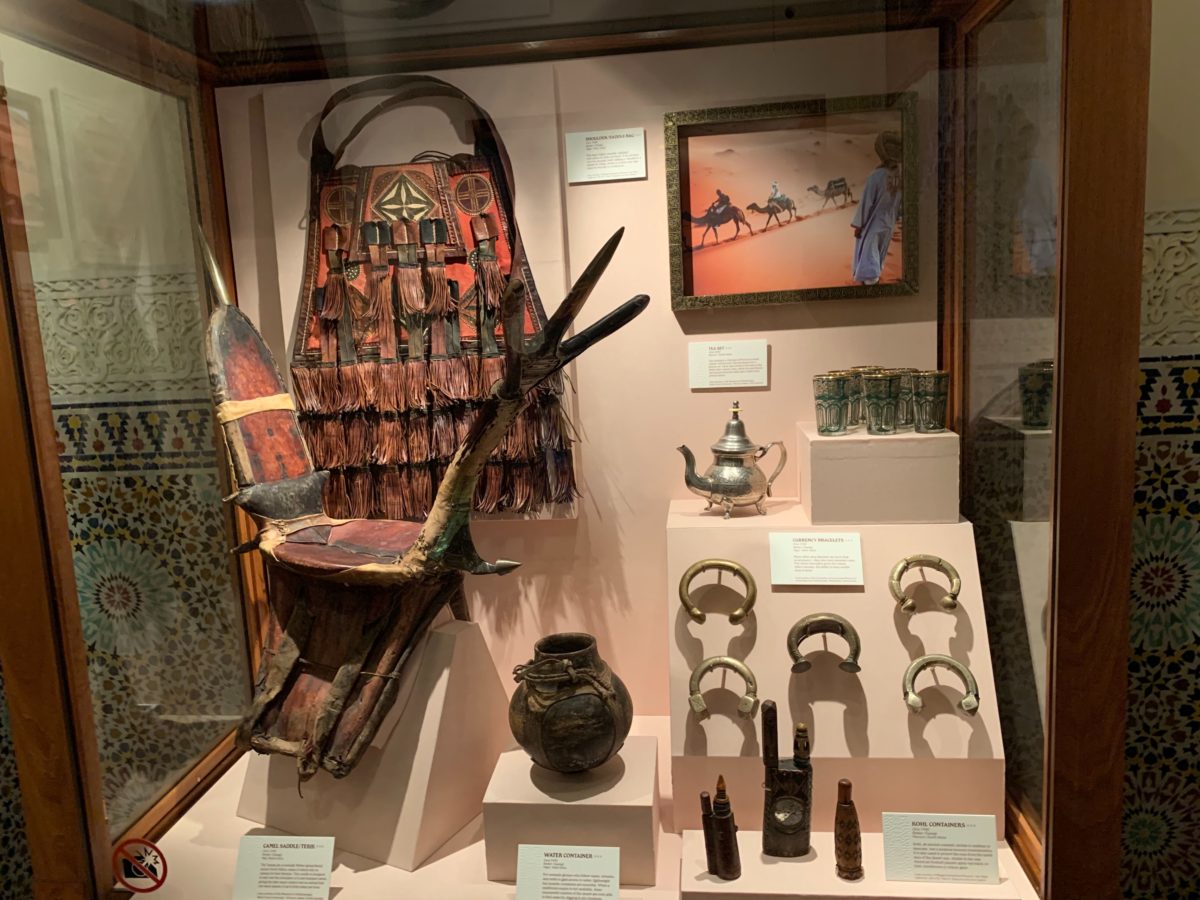 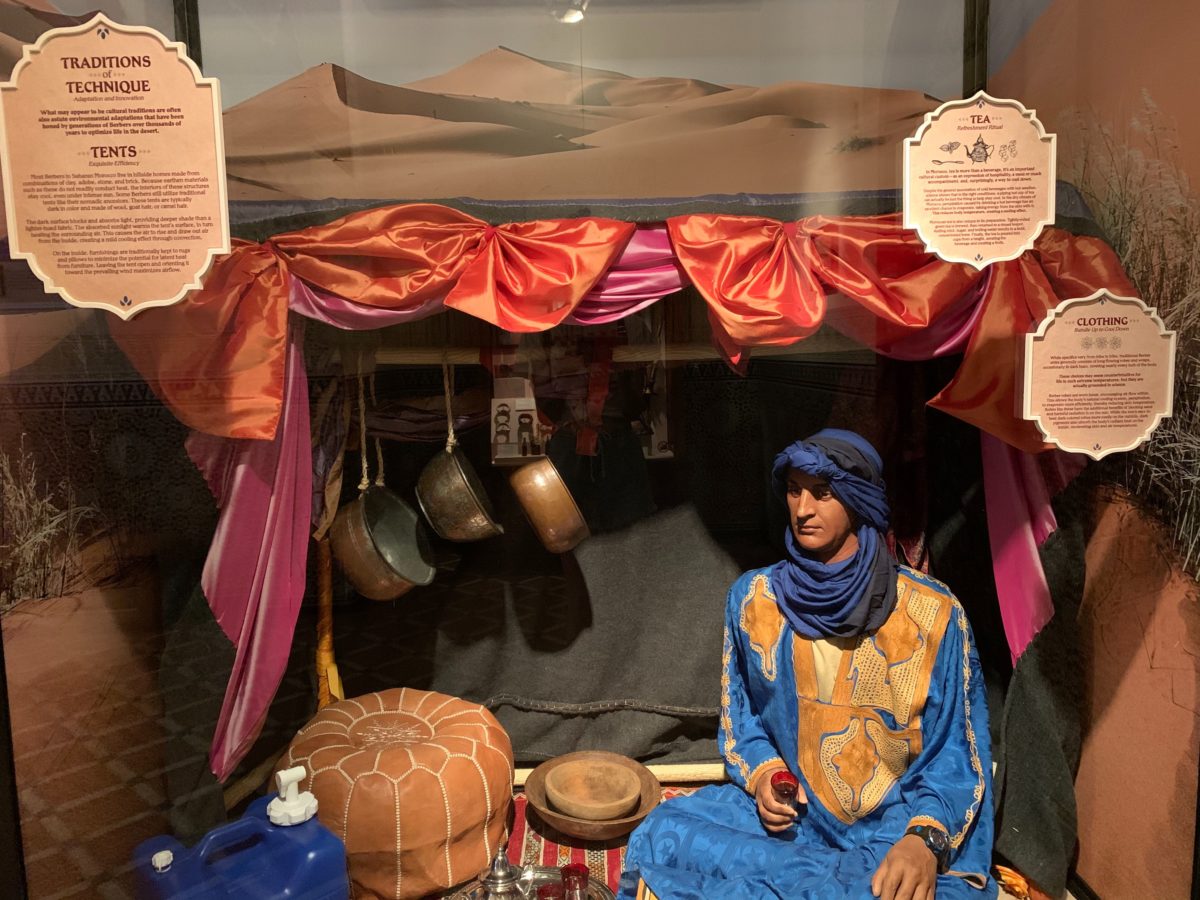 You can take a full walking tour of the new exhibit space (as well as take a virtual run in the desert) in the video below: