Good morning from the Magic Kingdom. It’s a great, big, beautiful anniversary here at Walt Disney World. We’re celebrating the 45th year of two beloved attractions: Space Mountain and the Carousel of Progress. A new collection of Tomorrowland merchandise has landed at the Tomorrowland Light & Power Co., so let’s check that out first. 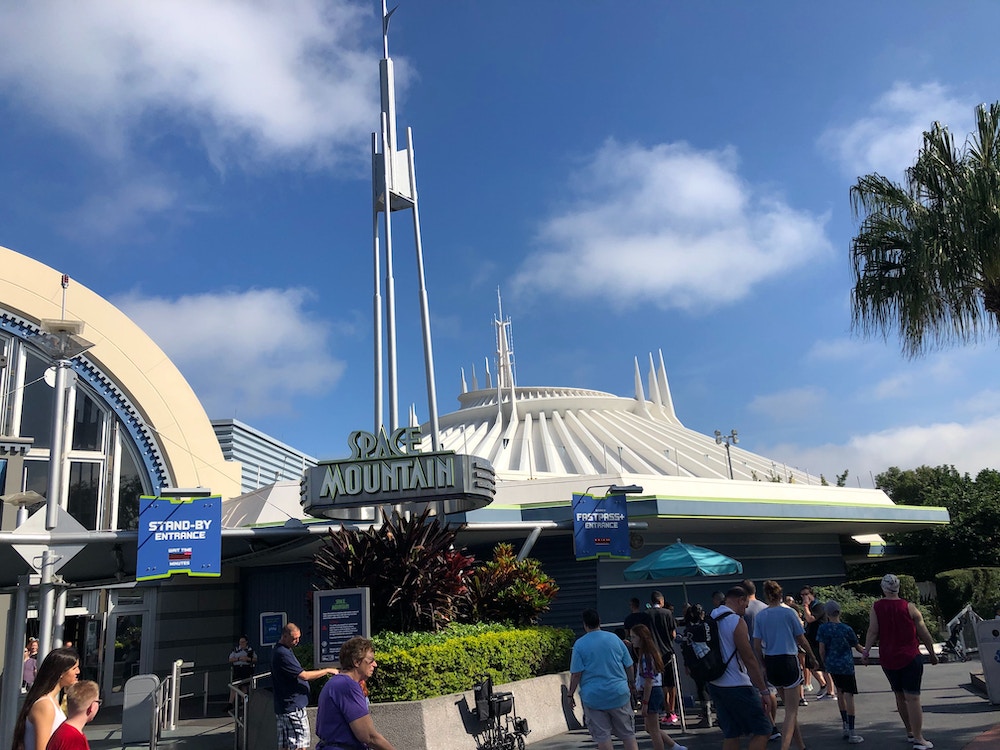 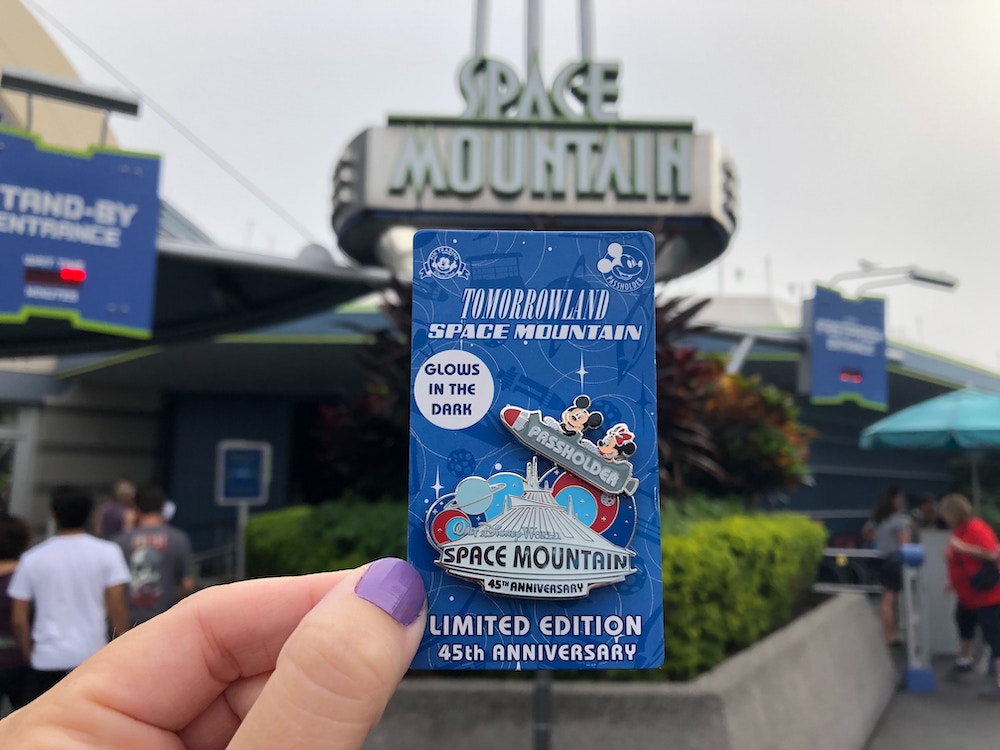 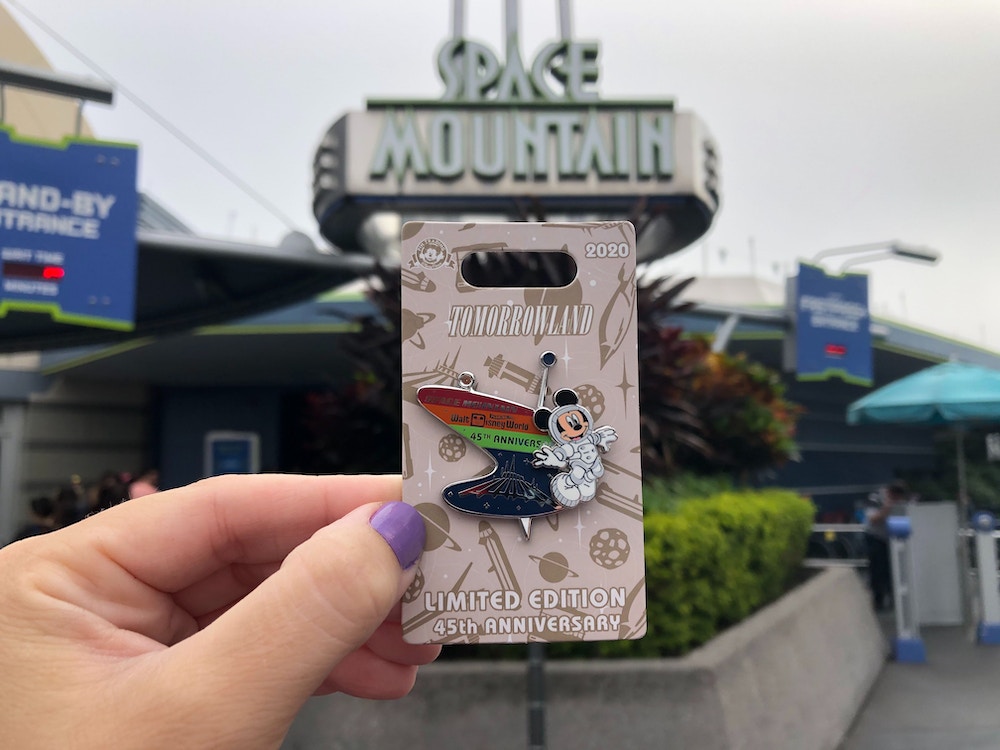 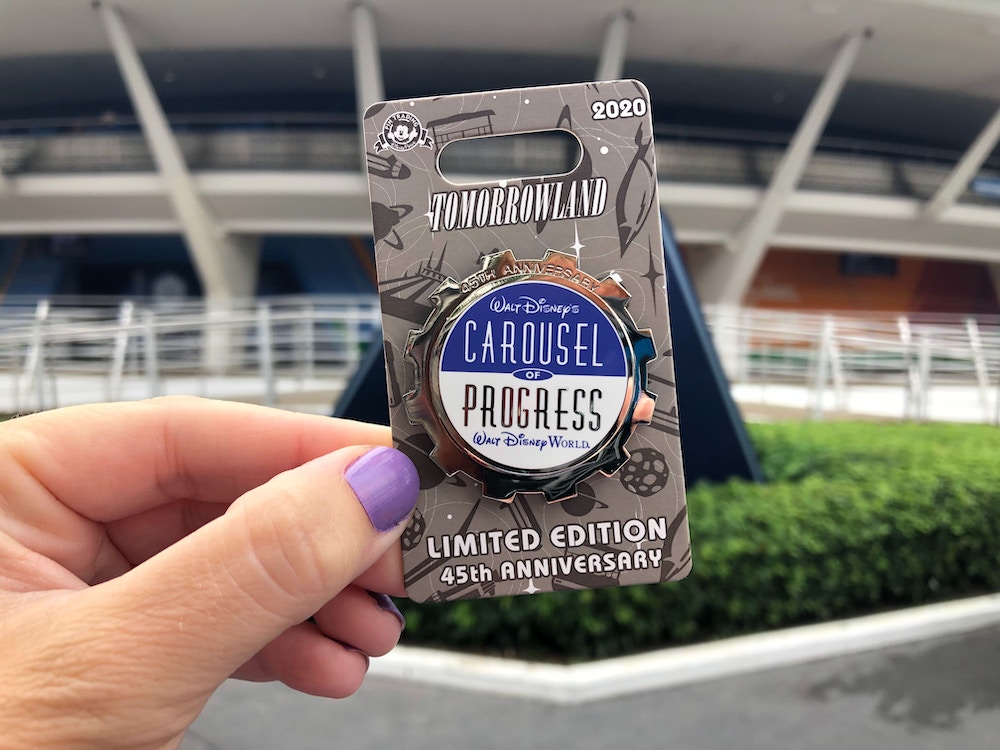 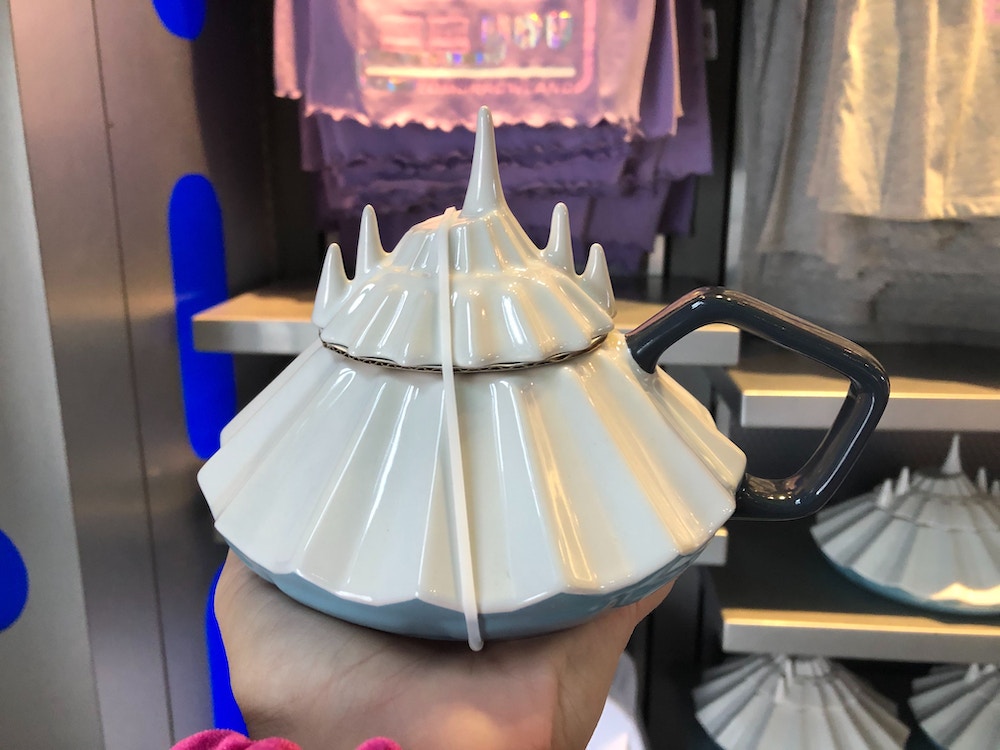 New items include hats, apparel and even a Space Mountain mug. Some of these items, like the pins, are limited edition and sure to sell out quickly. Check out the full collection of merchandise, with prices, here. 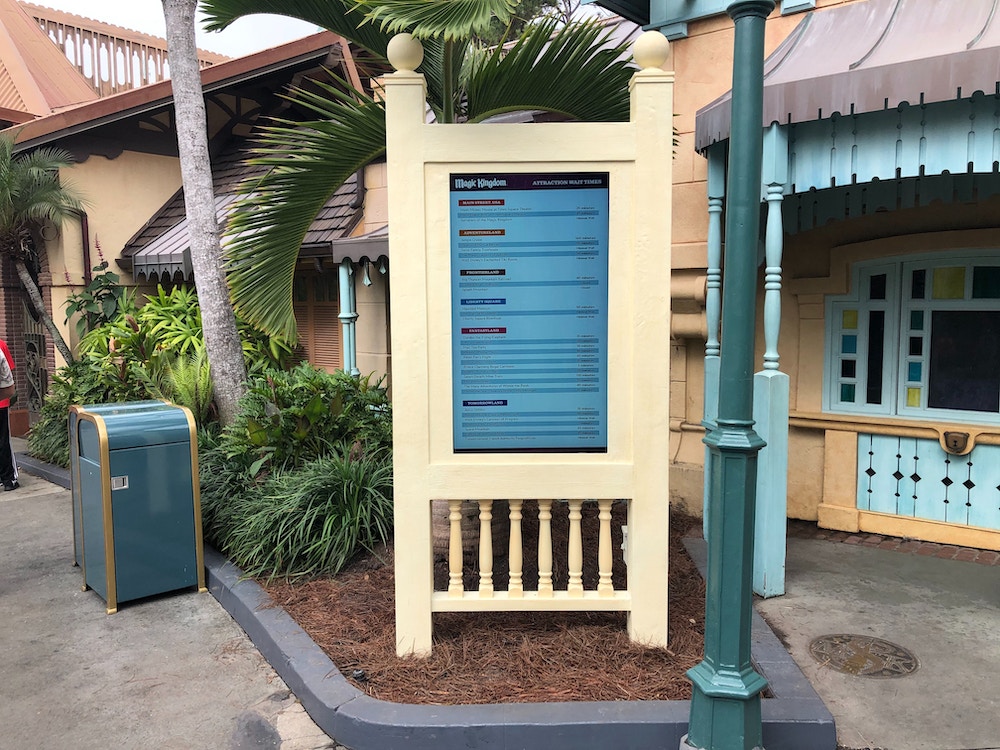 Over in Adventureland, a new digital tip board has gone up to fit in with the surrounding area. Now, if only we could get one of these in Tomorrowland, we’ll be all set. 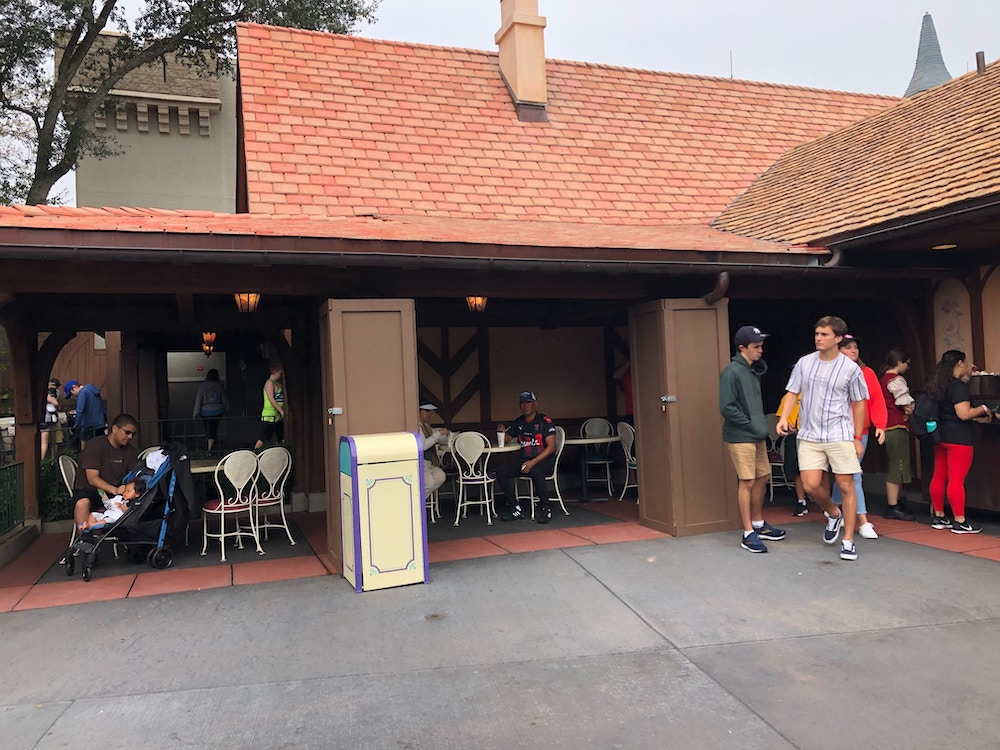 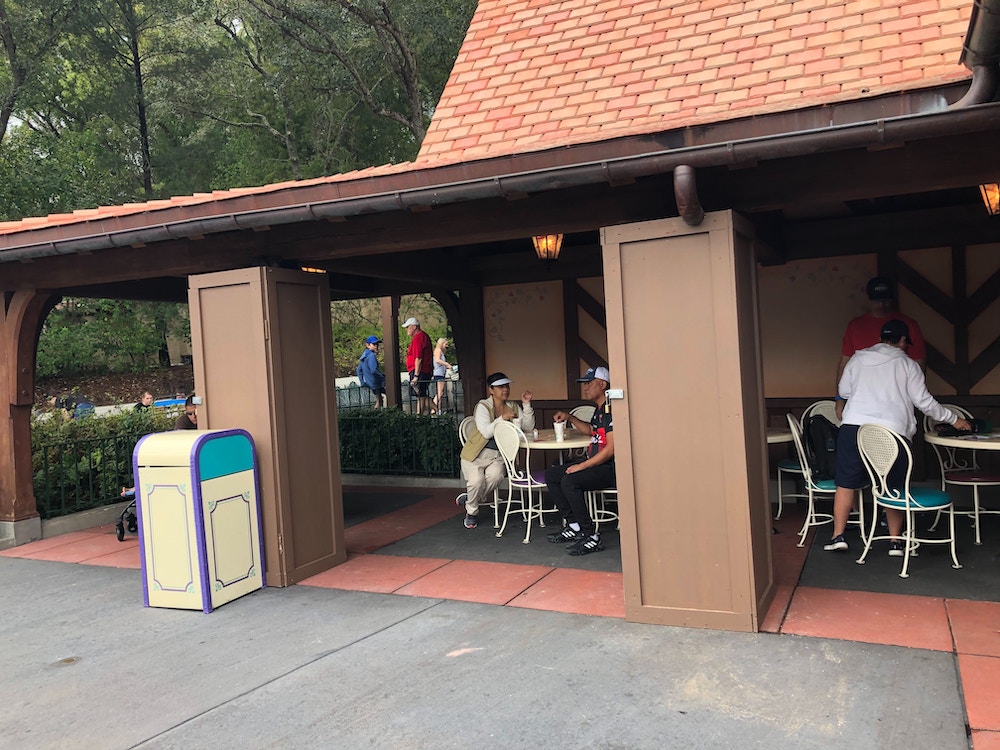 Some work appears to be happening outside of the Cheshire Cat Cafe on some poles. 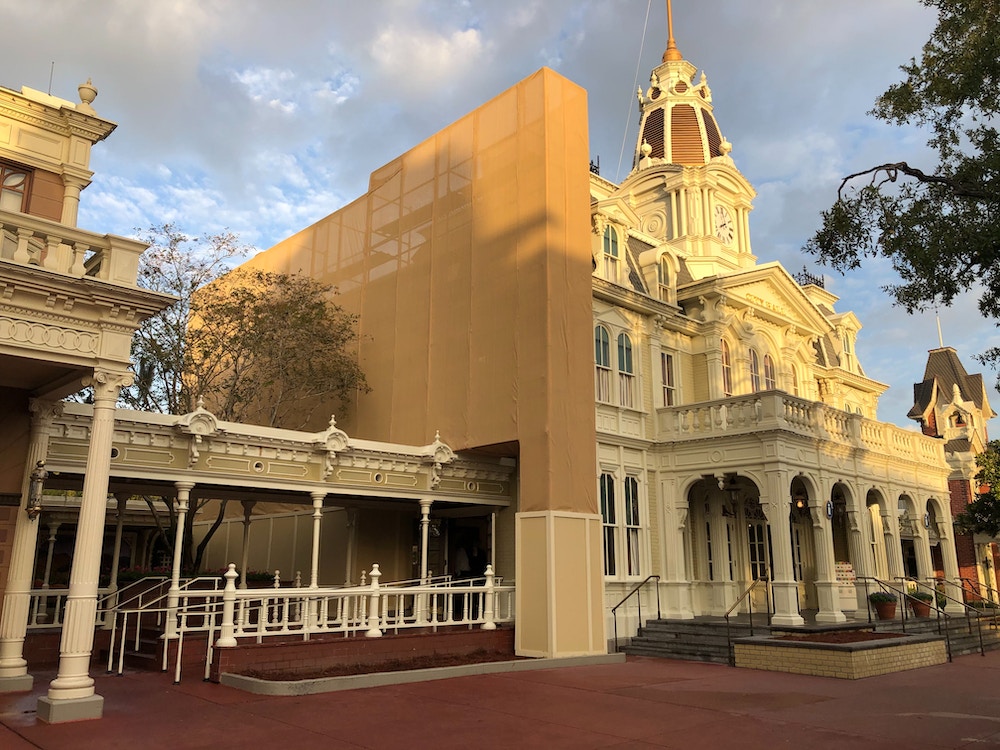 There’s also scrims up around City Hall on Main Street, U.S.A. It’s still open, but it looks like they’re doing some minor touch-ups. 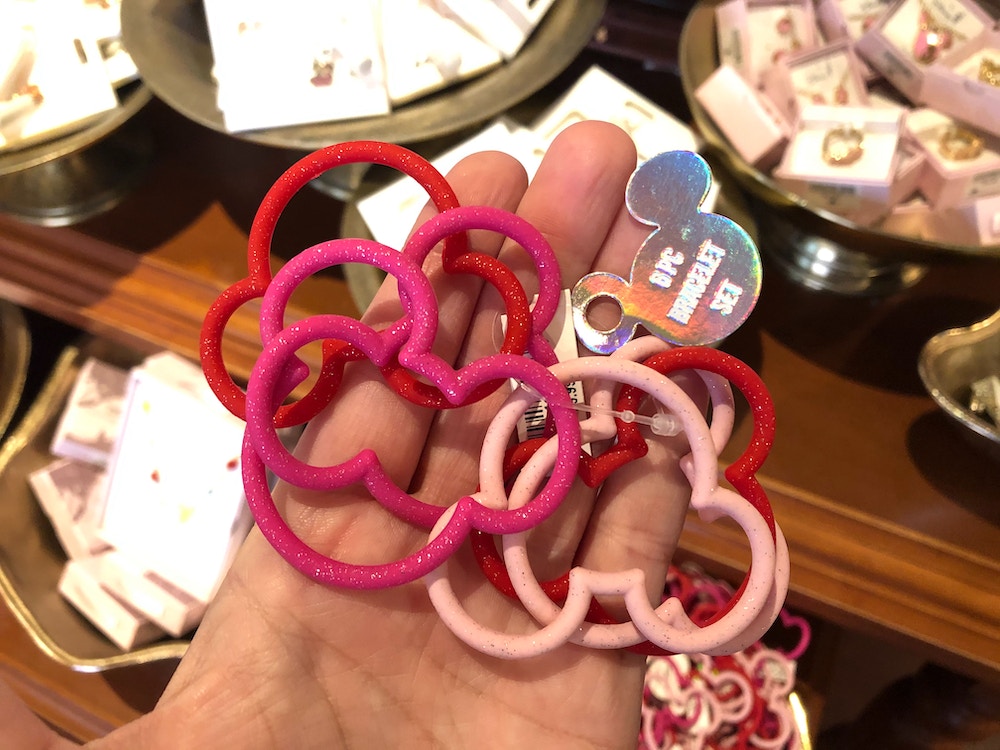 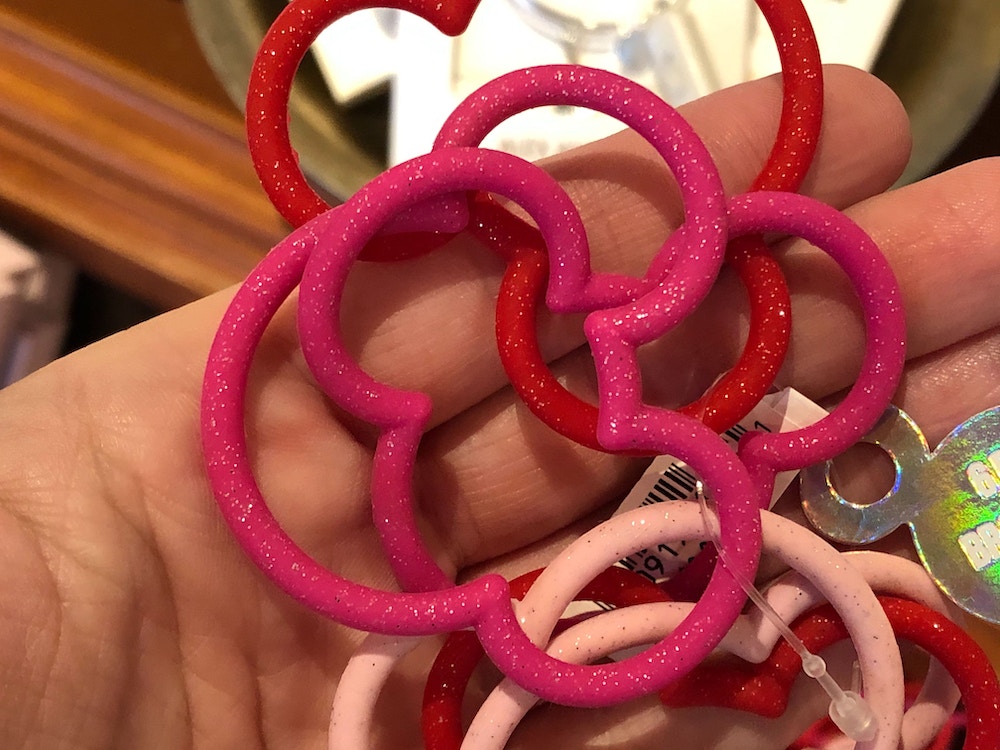 It looks like character shaped rubber band bracelets are coming back in style. You can find these Mickey bracelets in a six-pack for $9.99 in the Emporium. 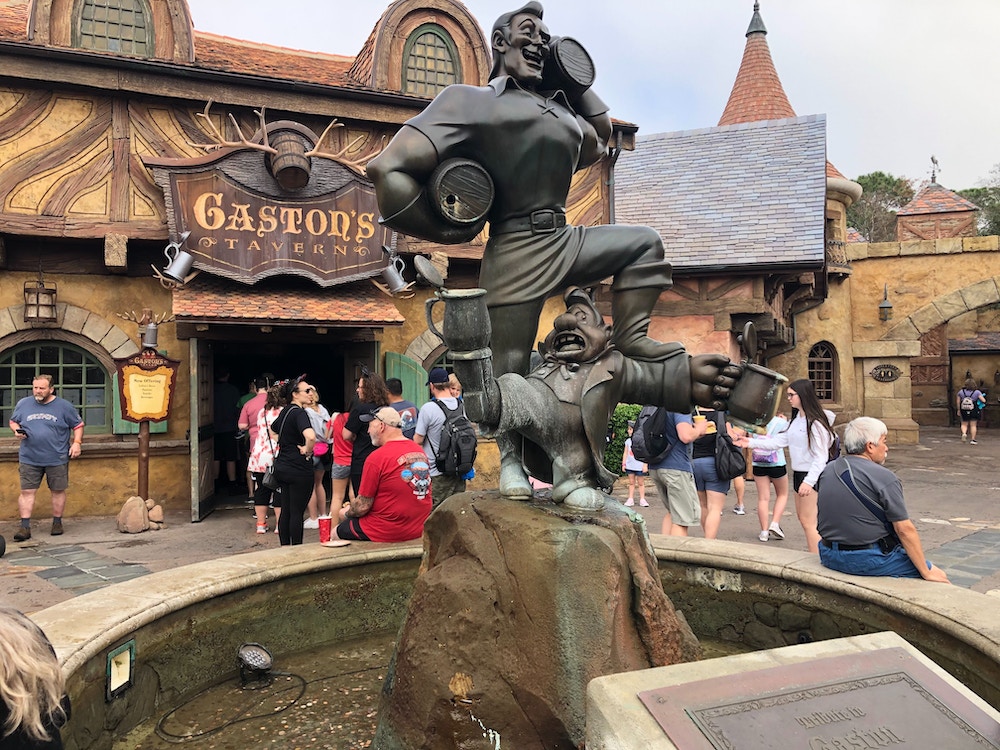 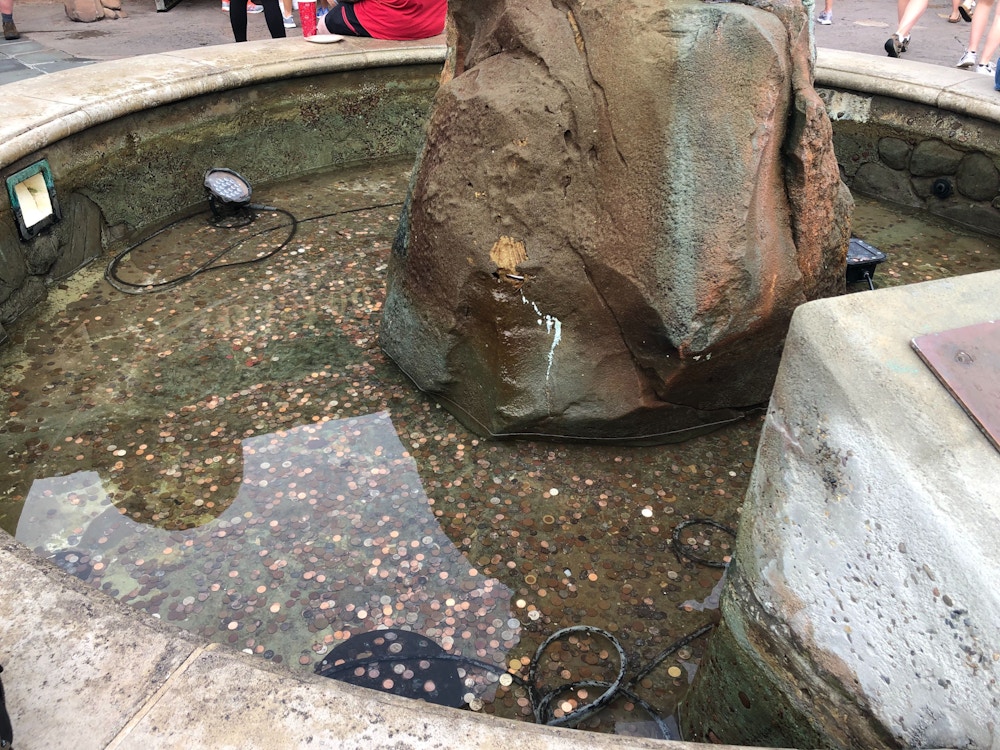 The fountain was off this morning outside of Gaston’s Tavern. 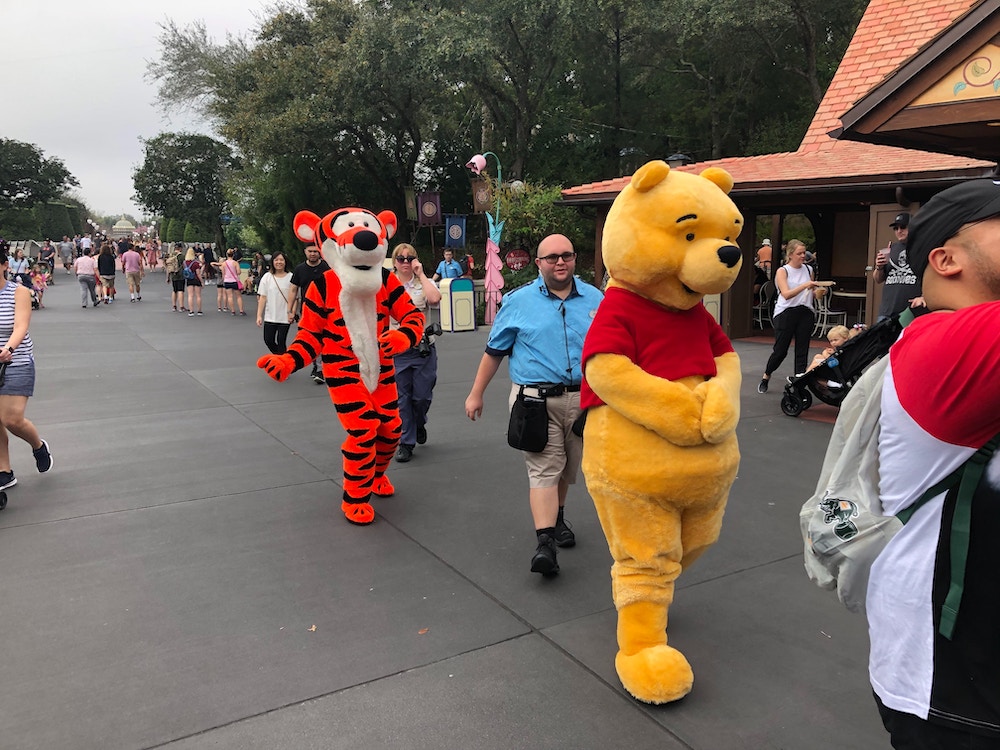 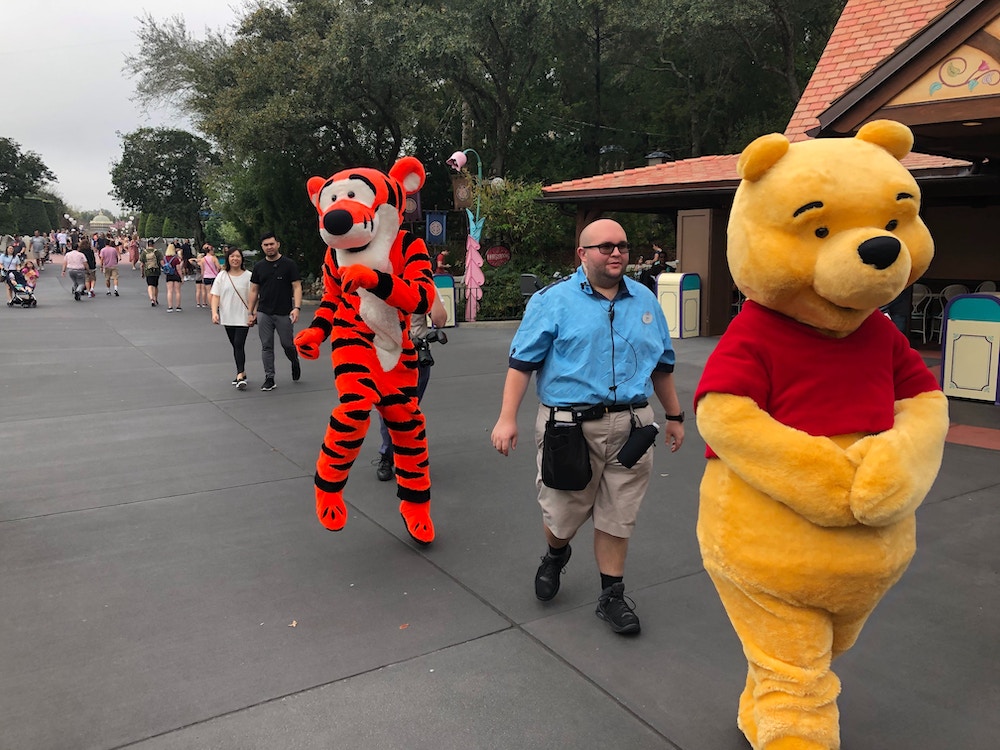 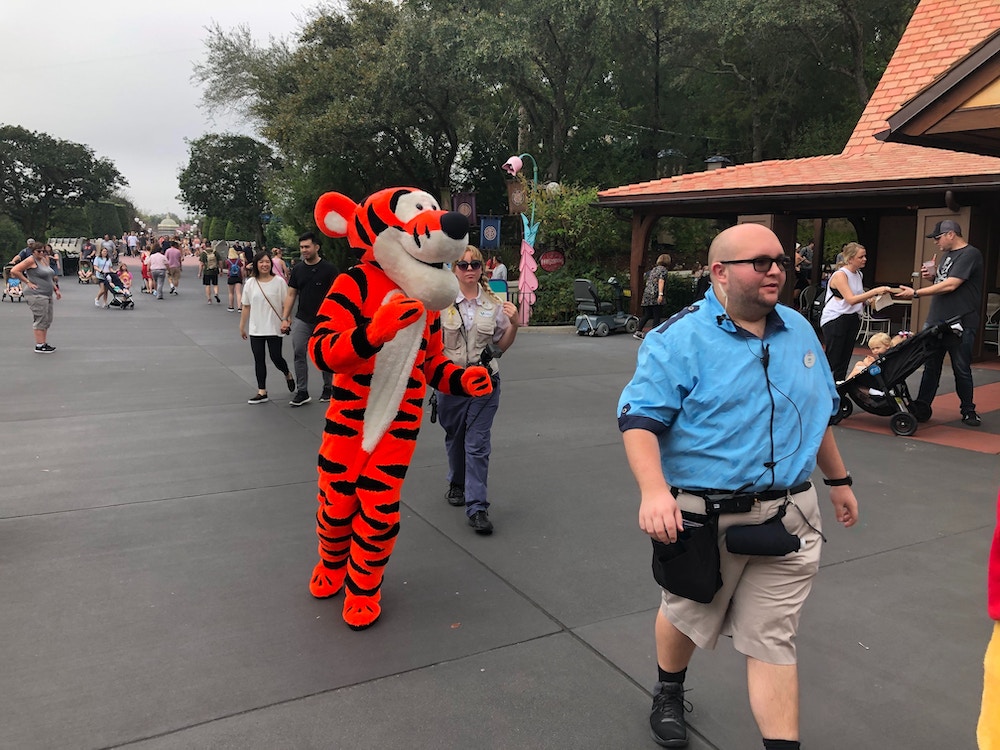 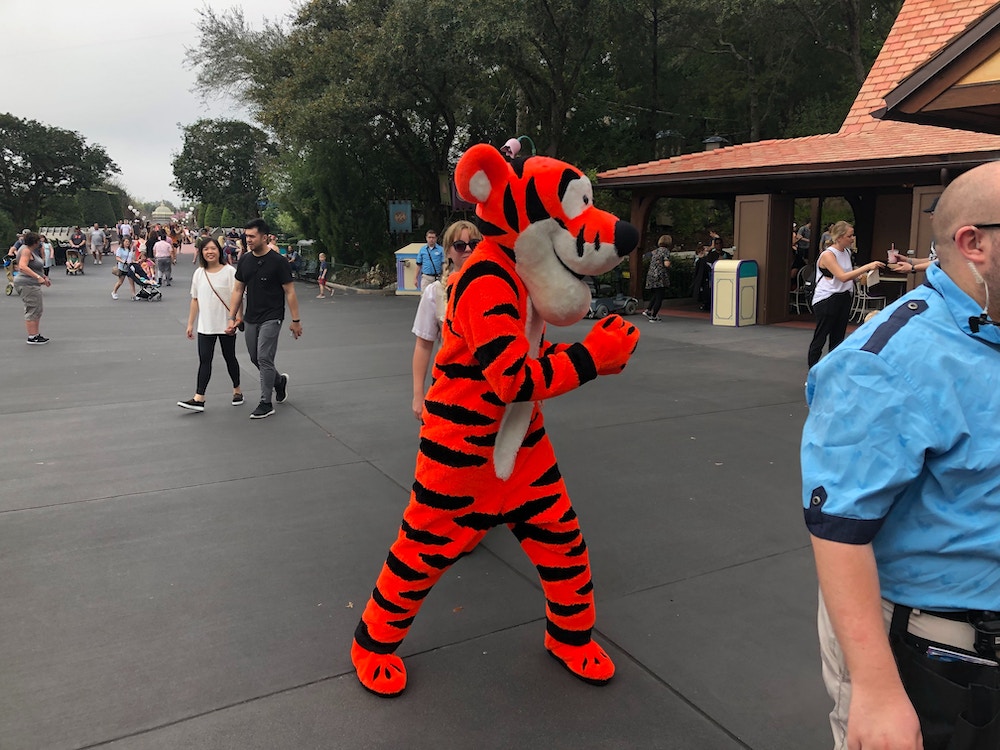 Tigger was bouncing excitedly on his way to meet guests. 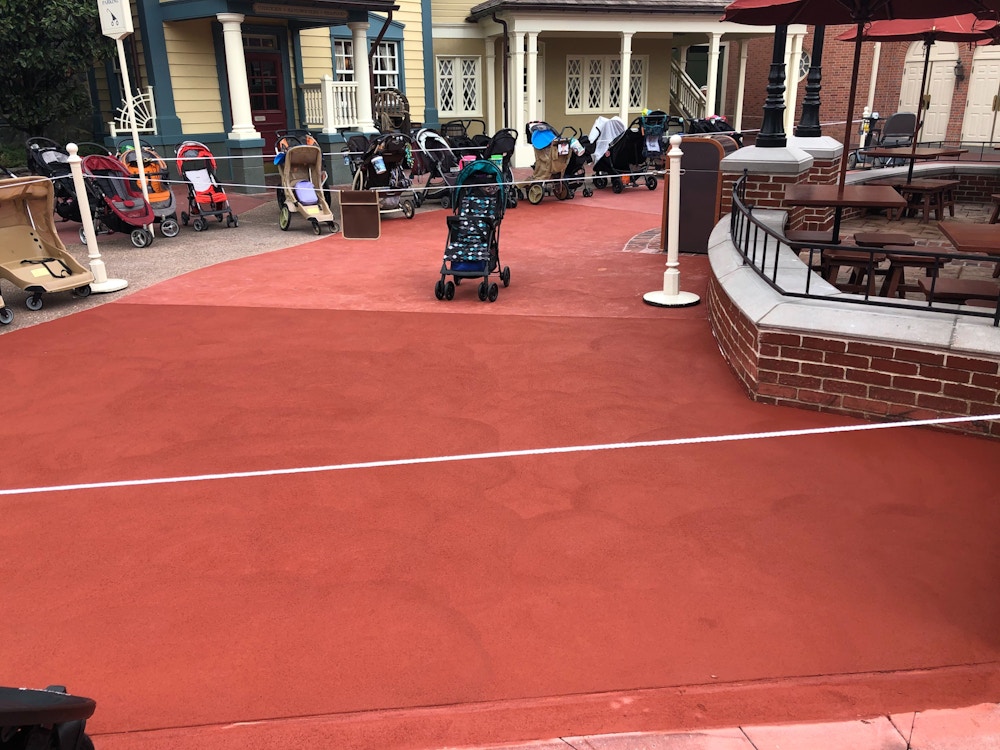 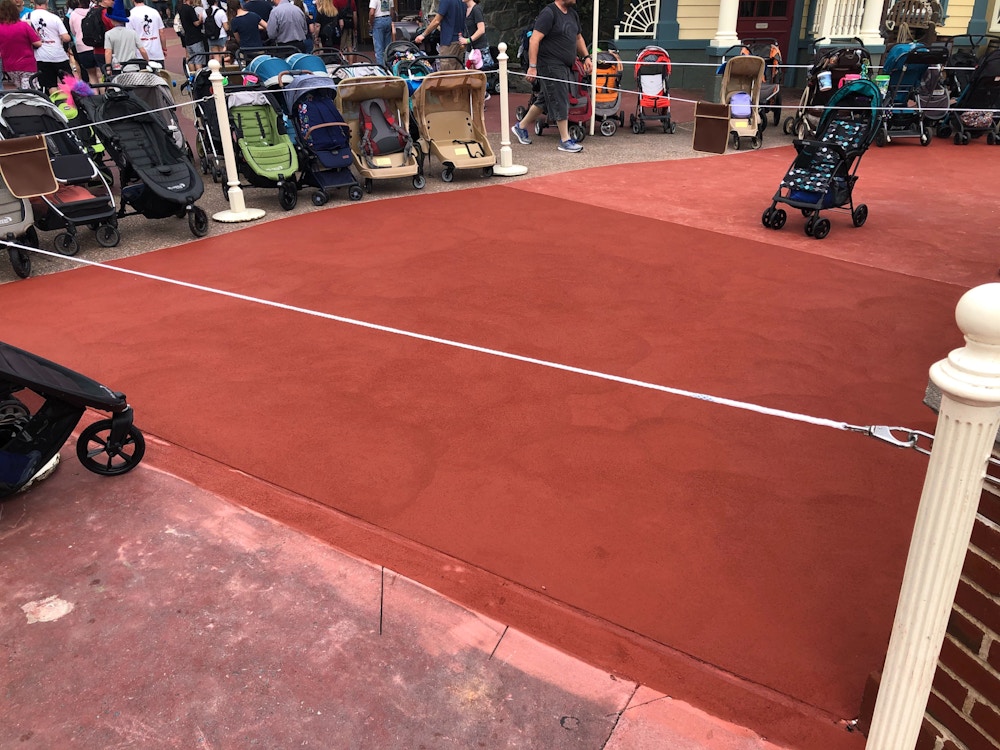 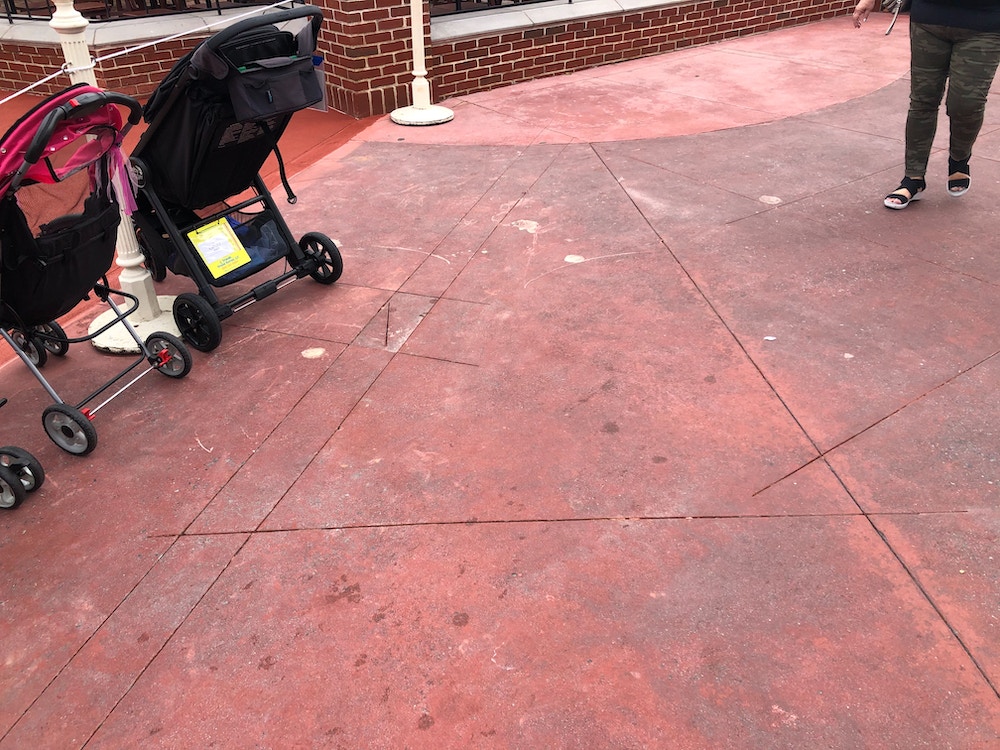 There are sections of new pavement around the Liberty Square Market, and other segments are scored for removal. 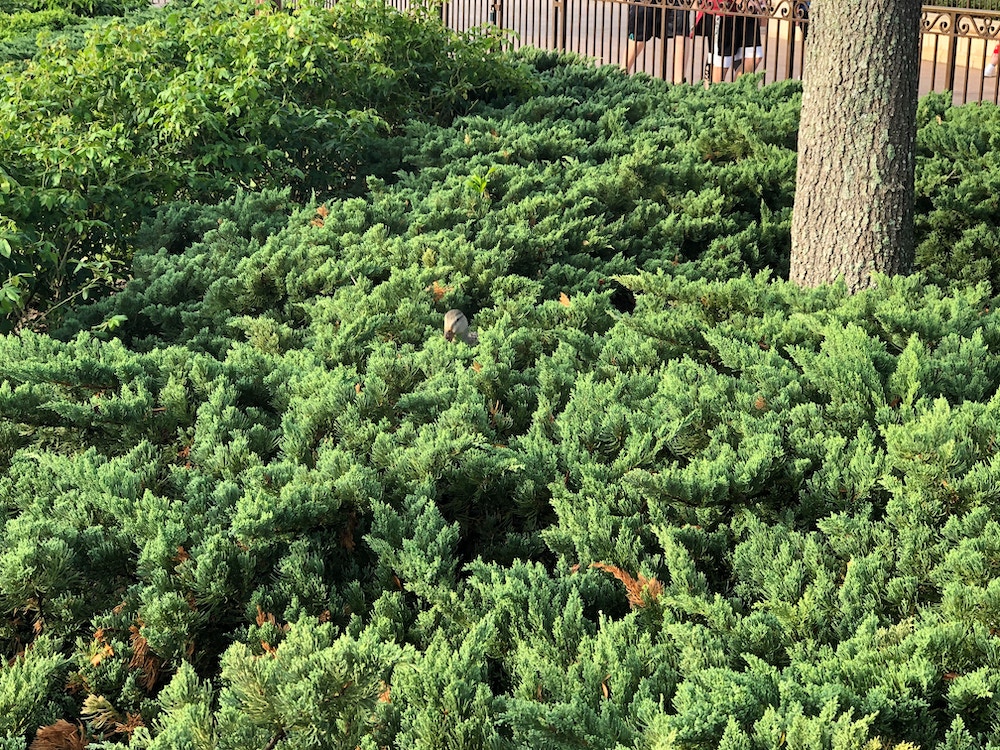 Somebody is watching us from the bushes. 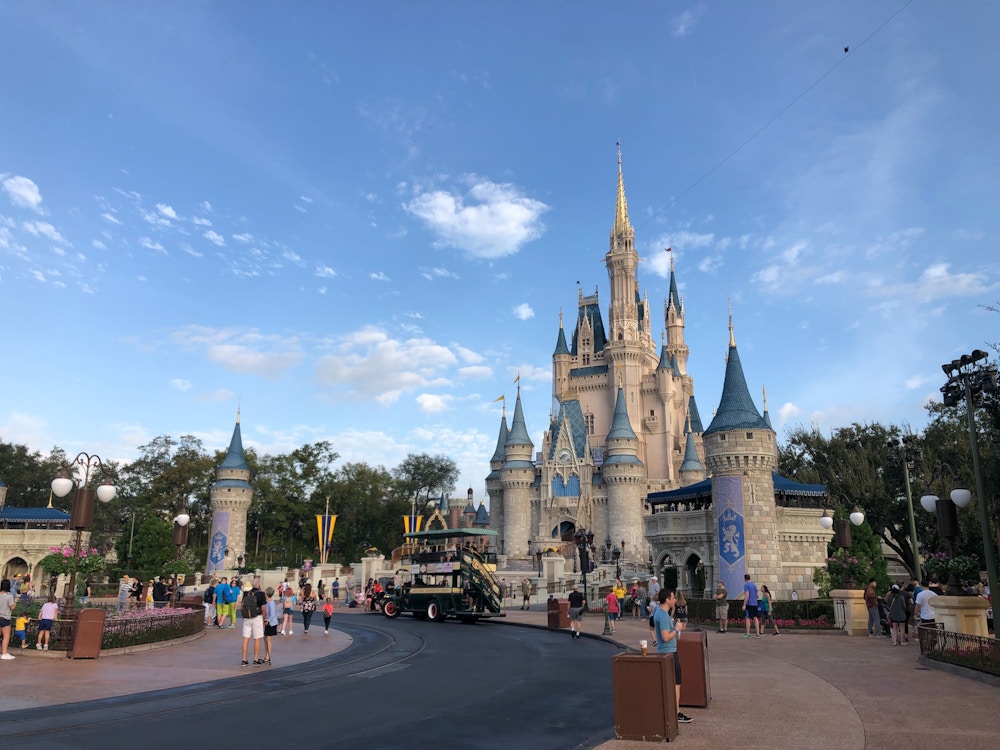 Thanks for joining us at the Magic Kingdom today. Be sure to keep following for more updates from around Walt Disney World and beyond!