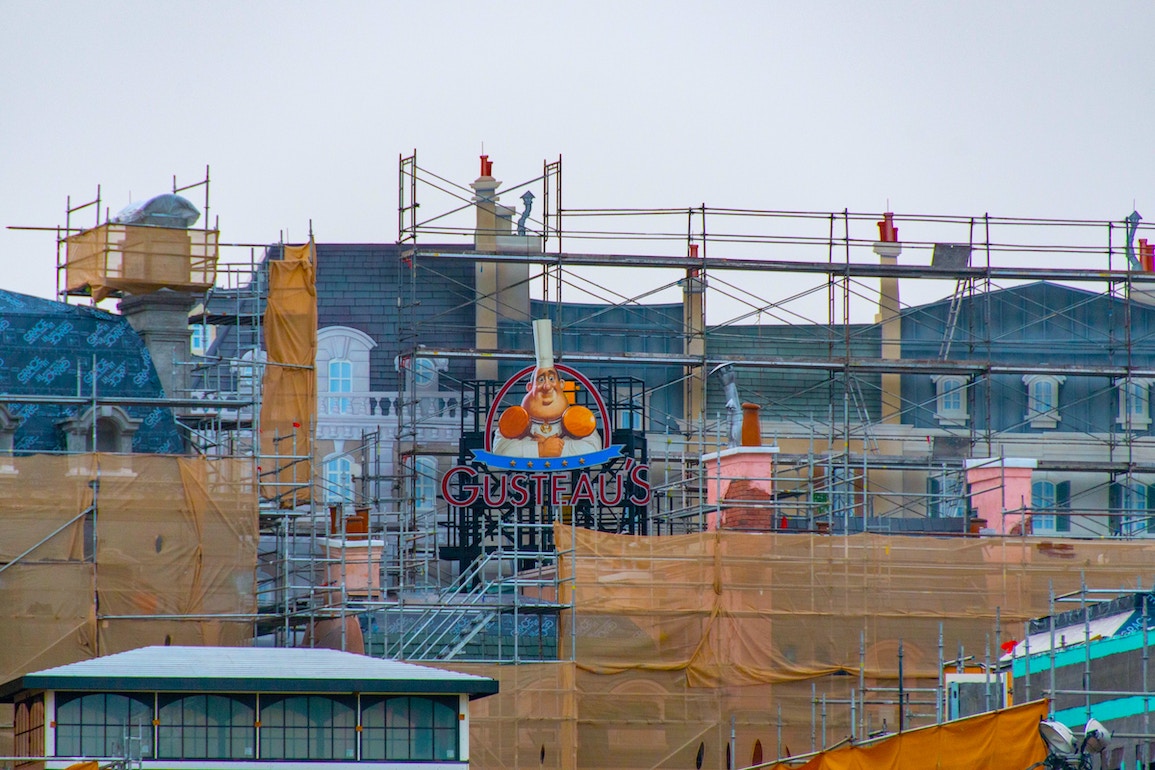 Last night, Imagineering surprised us with a special reveal of the all-new Gusteau’s Restaurant sign that was added to the top of the new building that will soon host Remy’s Ratatouille Adventure at the France Pavilion in EPCOT. They said we could see the sign all the way up from the Disney Skyliner, so we ventured out early this morning in hopes of catching a glimpse. 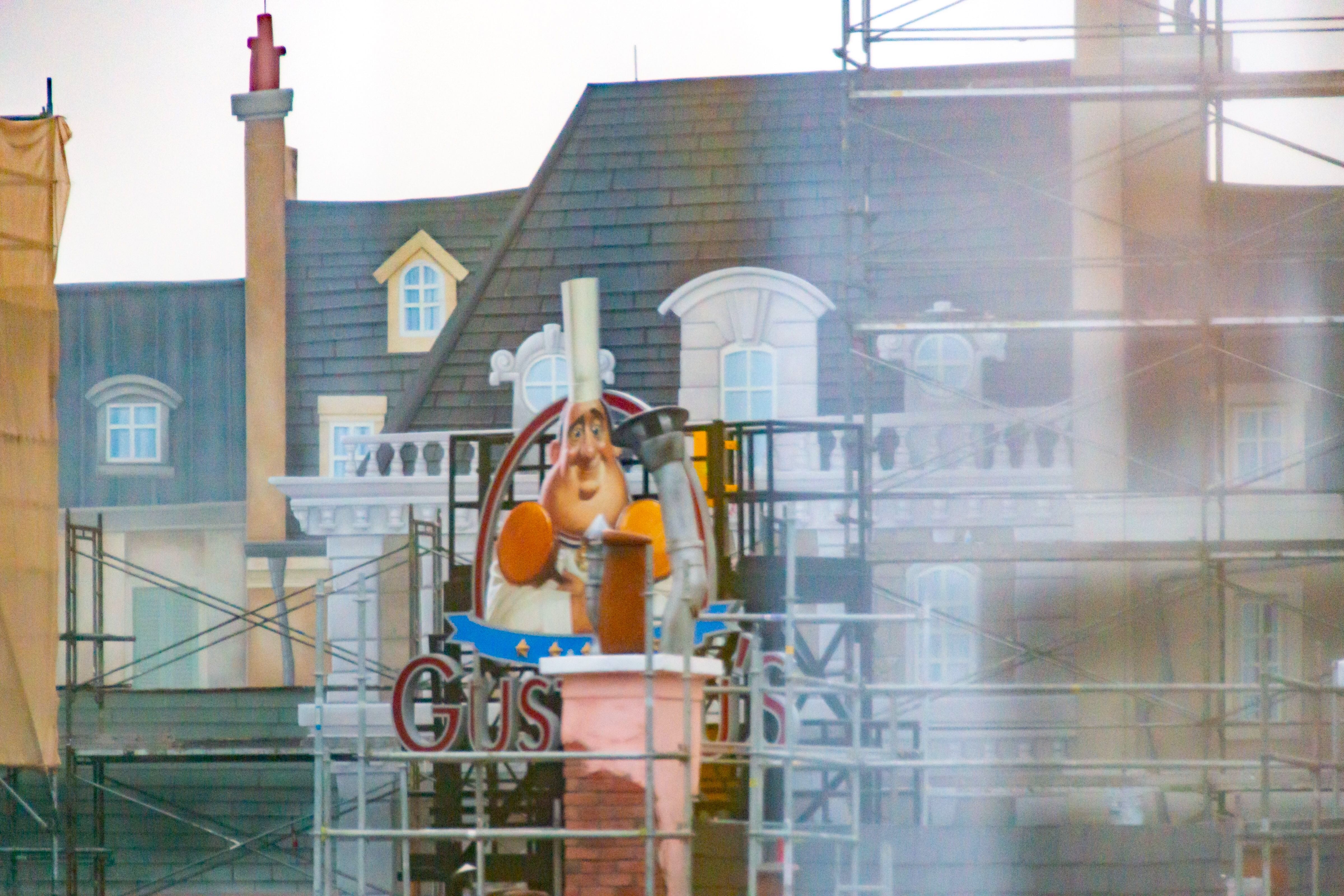 The sign is only visible from the EPCOT International Gateway line as you depart or arrive, but the jolly Gusteau is a sight to behold! Your mileage will vary depending on current weather conditions. Today’s foggy morning led to high condensation build-up inside the Skyliner gondolas, making it hard to get any crisp views. Thankfully, you can also see the chef from the ground! The chef is seen just as he is in the Ratatouille film, painted to his exact likeness and wielding two copper pots. Beneath him is a ribbon showing five gold stars––as was awarded to Gusteau’s restaurant, thanks to its sumptuous vegetarian special: ratatouille! Beneath it, “Gusteau’s” is written out in bold red lettering. 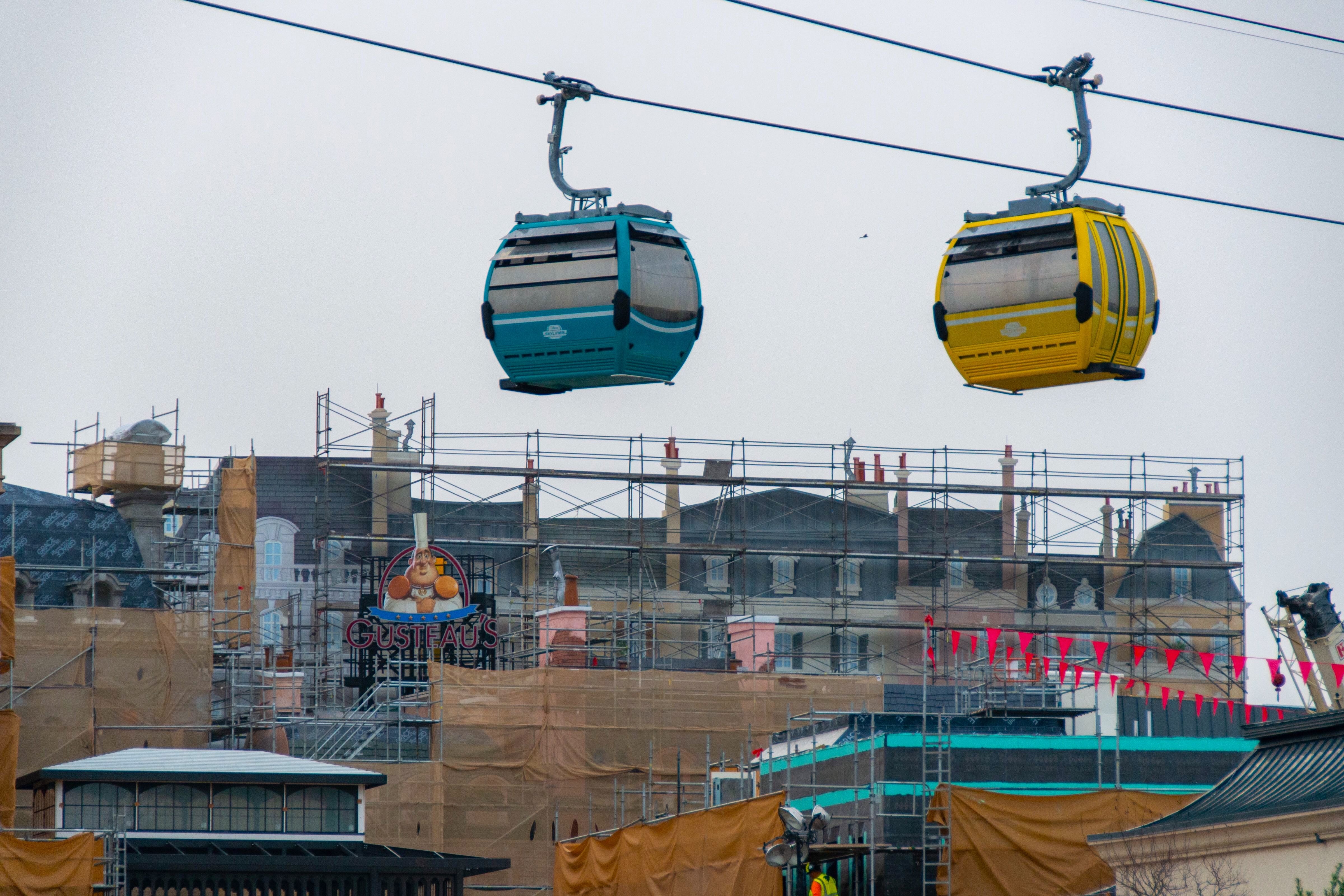 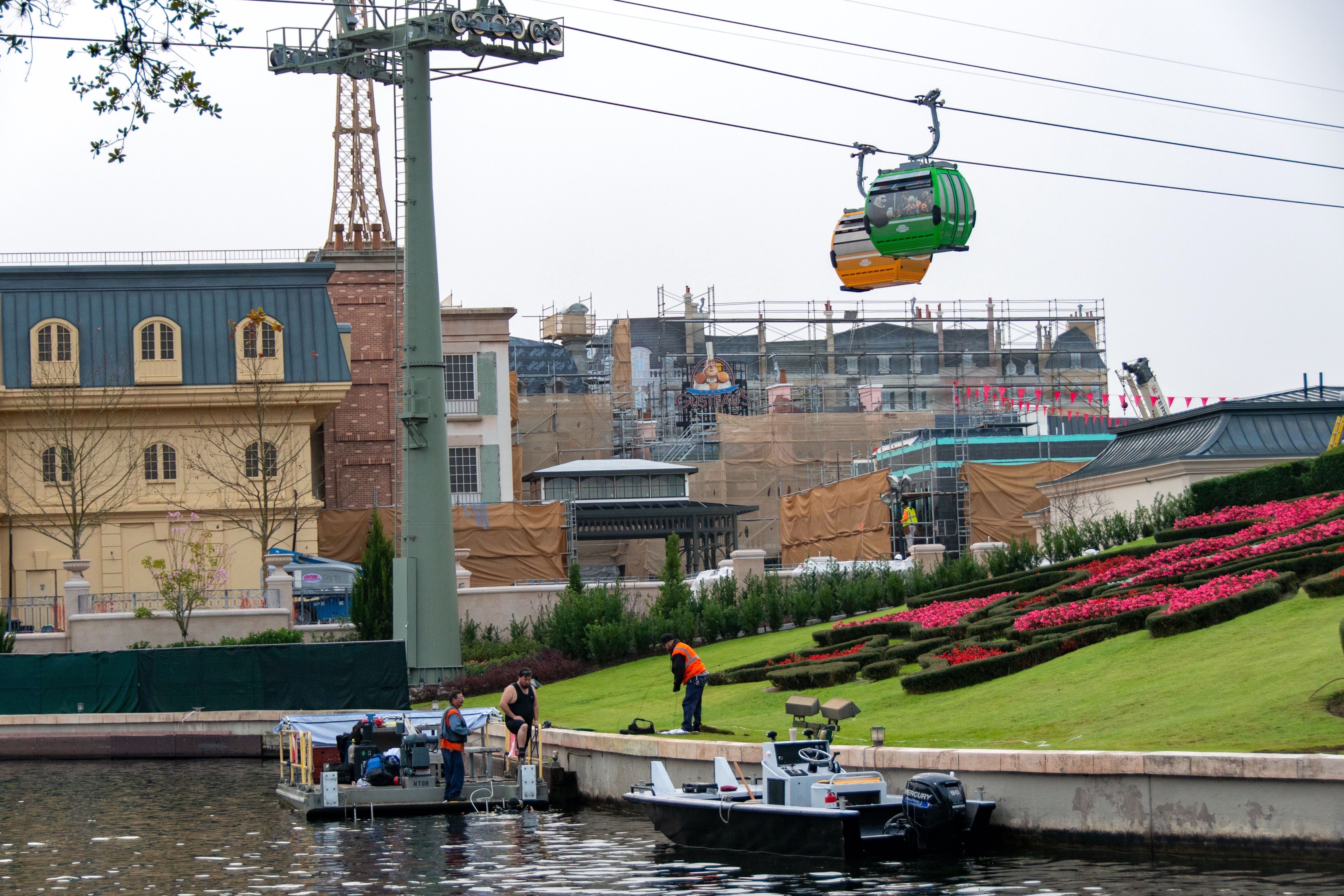 Previous
PHOTOS: New Commemorative Merchandise Debuting for 45th Anniversary of Space Mountain and Carousel of Progress at the Magic Kingdom