If you’re a fan of all things progress and retro-futurism, you’ll love this new Limited Release MagicBand to just arrive at Walt Disney World. With Space Mountain and Walt Disney’s Carousel of Progress celebrating their 45th Anniversary on January 15th, it’s a big week for the land of tomorrow, so if you’re a turn-right-at-the-hub person, it’s time to show your Tomorrowland pride. 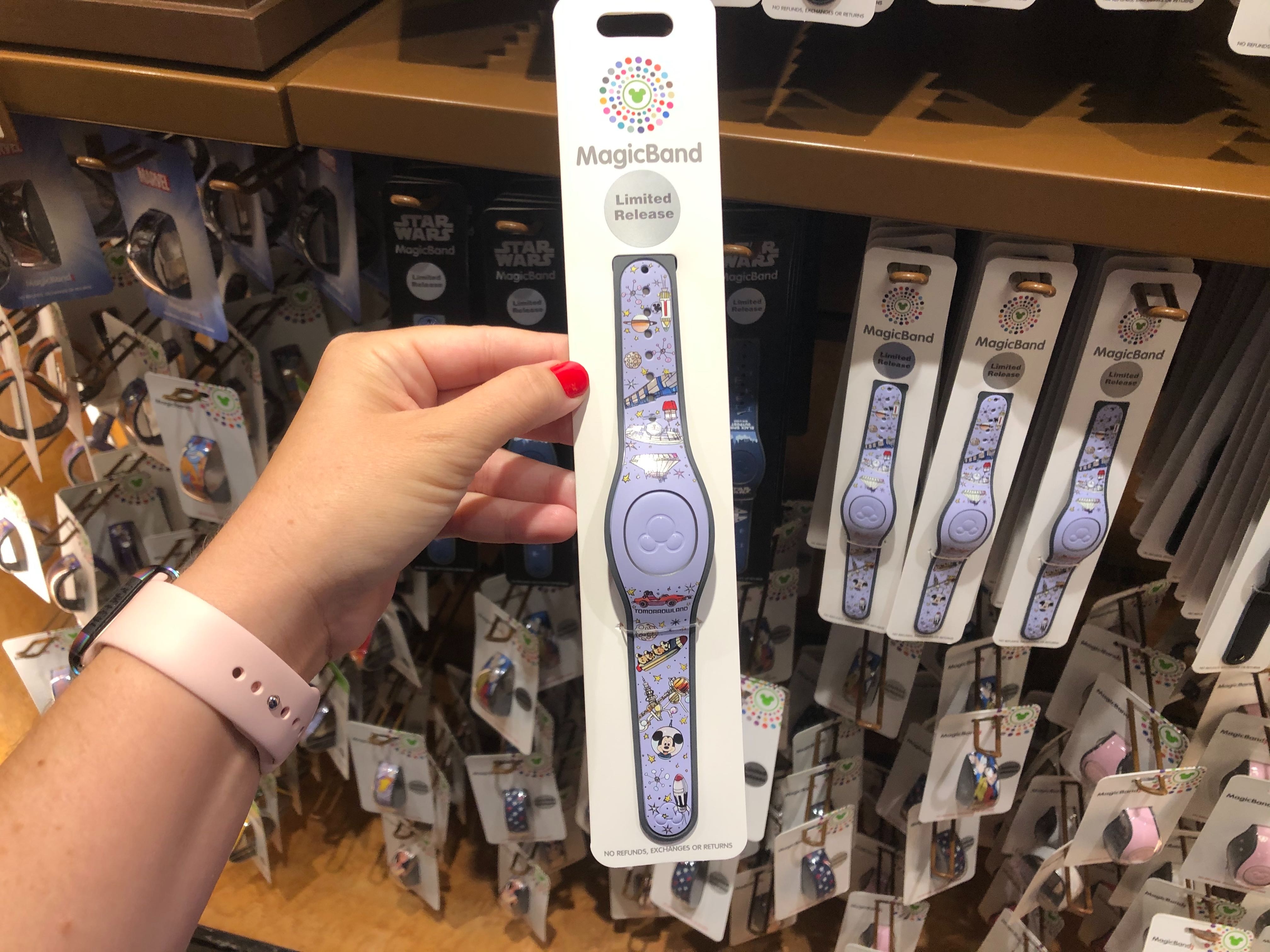 I love the mix and match of current trends with classics shown on this band, with the background color being a distinct Purple Wall periwinkle color dotted with sketch drawings of classic Tomorrowland sights and attractions. The band features a Tomorrowland Speedway car on one end, plus a Space Mountain rocket, and the Astro Orbiter. There’s even a vintage astronaut Mickey and a rocket ship. 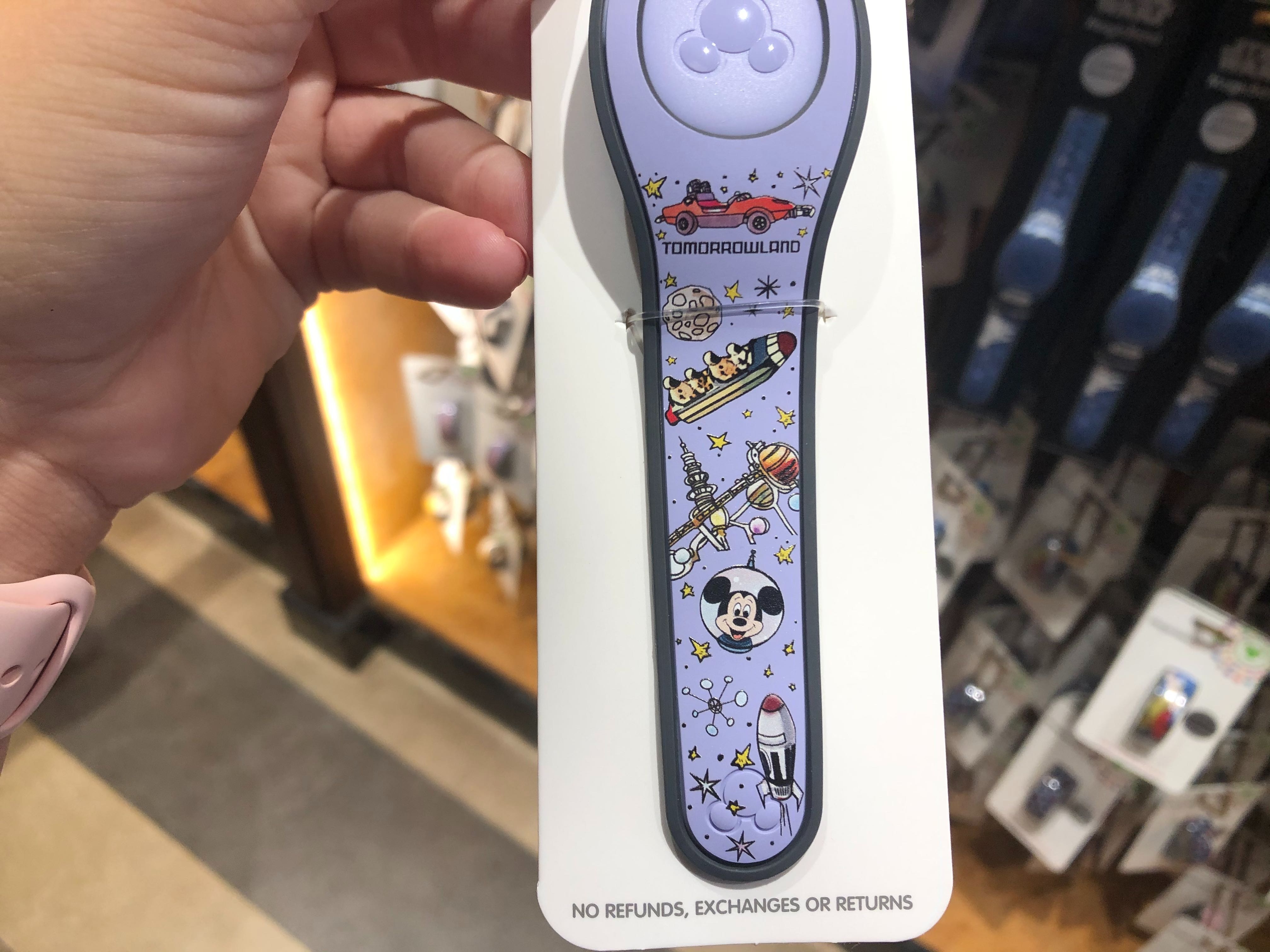 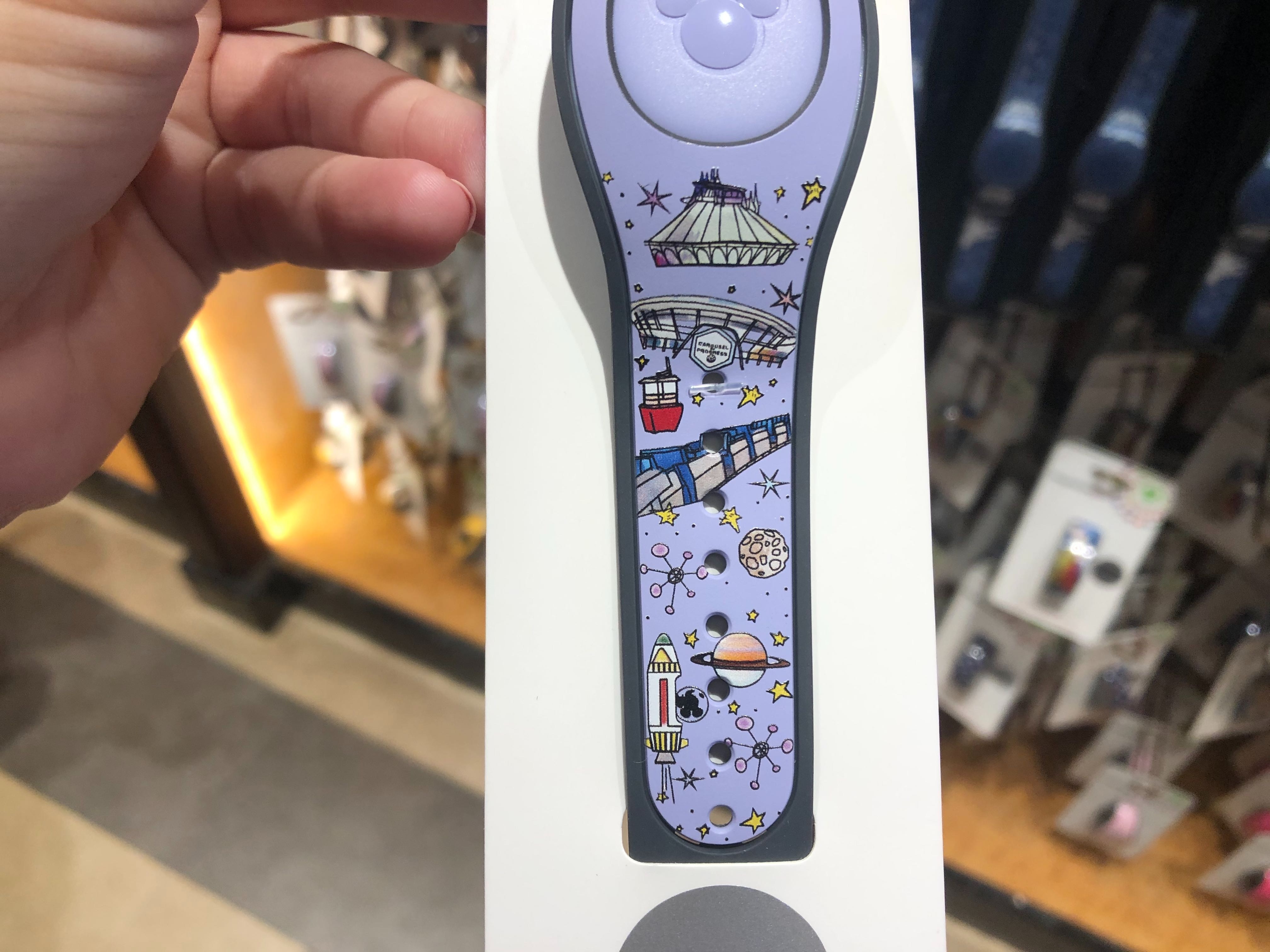 On the other side, you have the exterior of Space Mountain, the Carousel of Progress, a tiny Skyway gondola cabin, and a long row of Tomorrowland Transit Authority PeopleMover cars. Down on the bottom, you have stars, moons, and planets, and Mickey hitching a ride on an Astro Orbiter rocket.

We found this band at The Darkroom in Disney’s Hollywood Studios and at The Emporium in the Magic Kingdom, so you have options if you’re seeking it out. As a Limited Release, it retails for $29.99.

Next
2020 Oscar Nominations and the Shocking Omission of “Frozen 2”