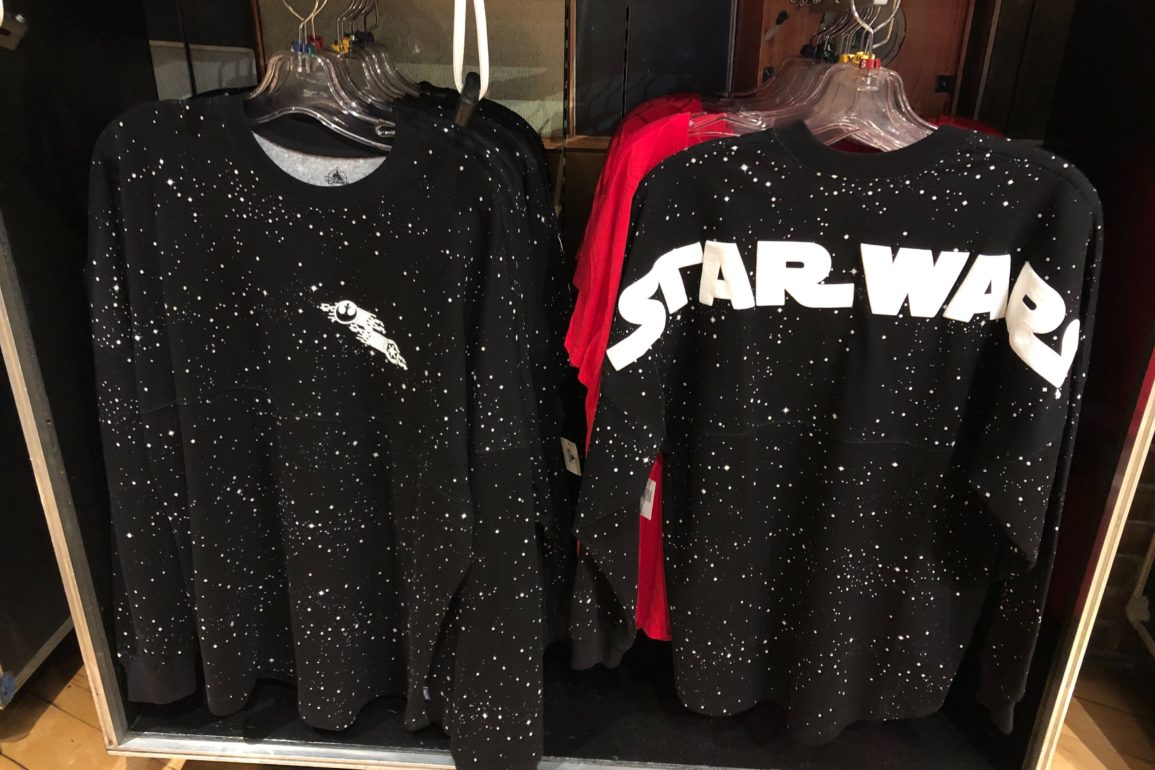 Now that the dust has settled around Star Wars: The Rise of Skywalker, I find myself revisiting the classics: A New Hope, The Empire Strikes Back, and Return of the Jedi. And if you’re a fan of the original trilogy like me, you might enjoy this new spirit jersey that evokes the memories of Luke Skywalker, Han Solo, Princess Leia, and Darth Vader. But you don’t have to head to “a galaxy far, far away” to get it; you just have to go to Disney Springs or Disney’s Hollywood Studios! 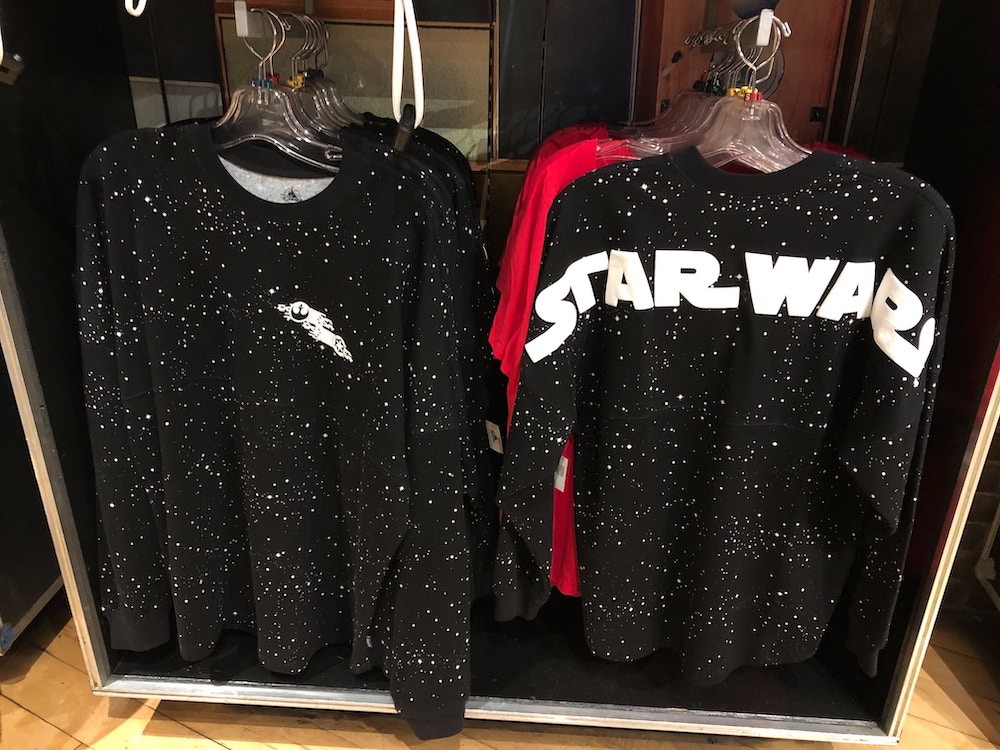 Featuring a starry pattern on a black spirit jersey, the back features the franchise logo on white, while the front features the symbols of the Rebel Alliance and the Galactic Empire. 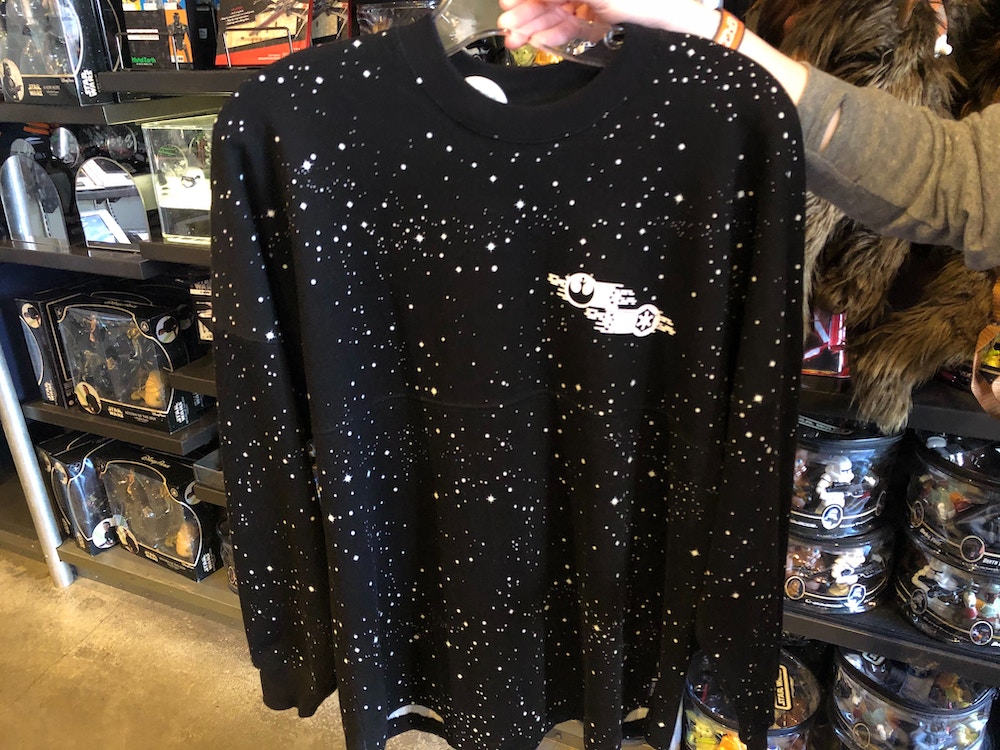 After hearing so much about the Resistance and the First Order, it is nice to be reminded about the trilogy that made me fall in love with Star Wars in the first place. 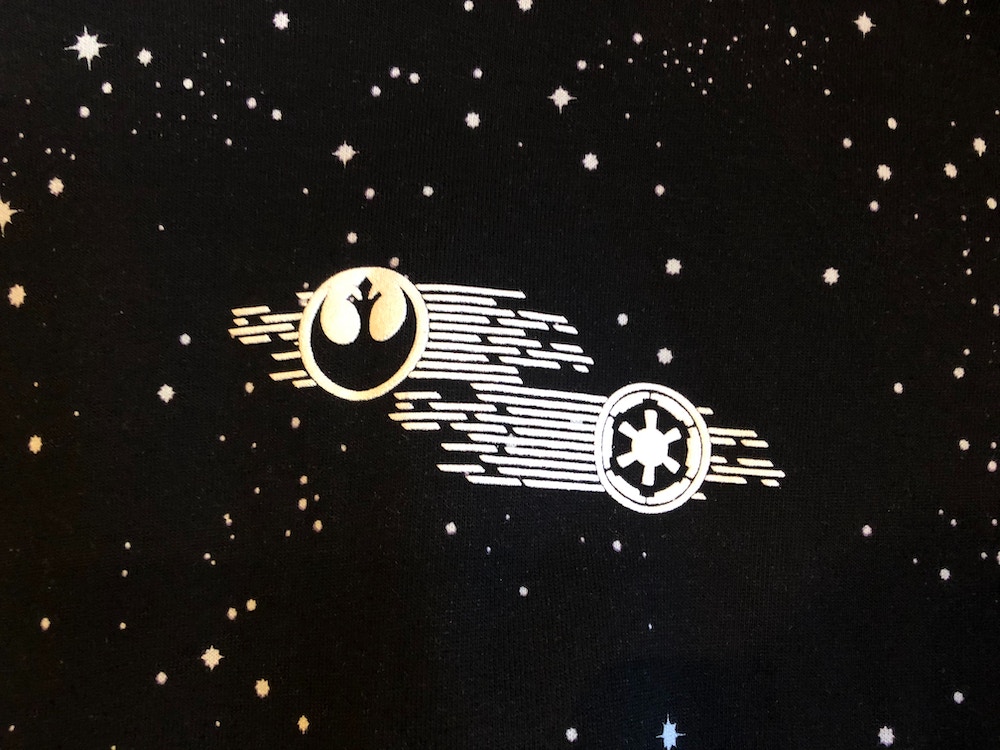 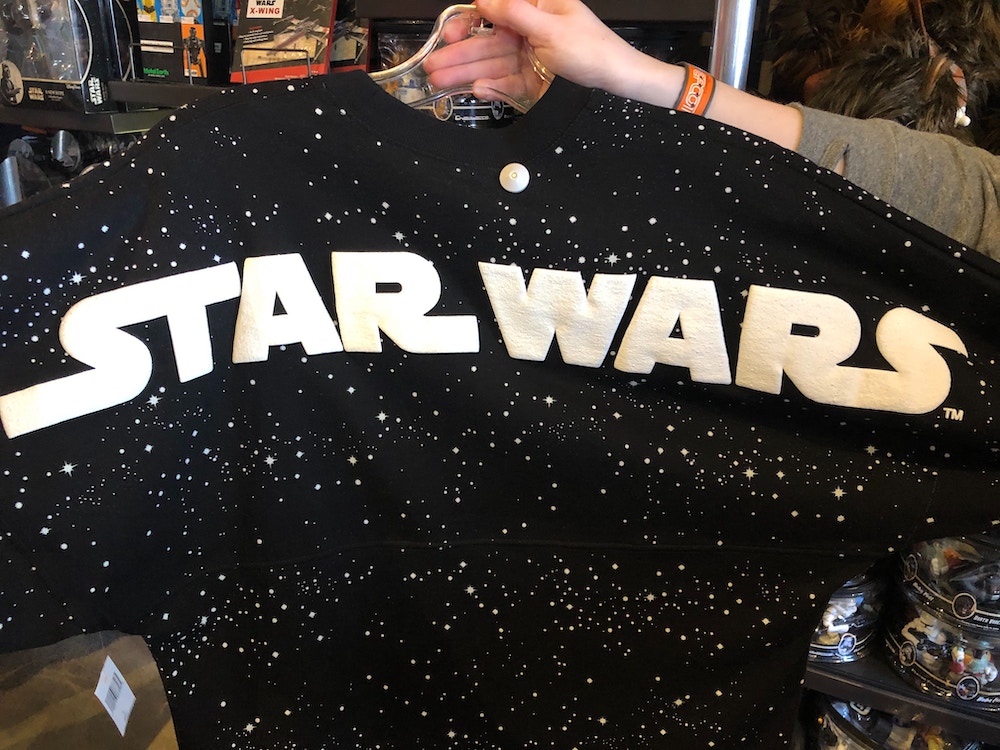 (Honestly, just seeing that cues up John Williams’ iconic theme in my head.) 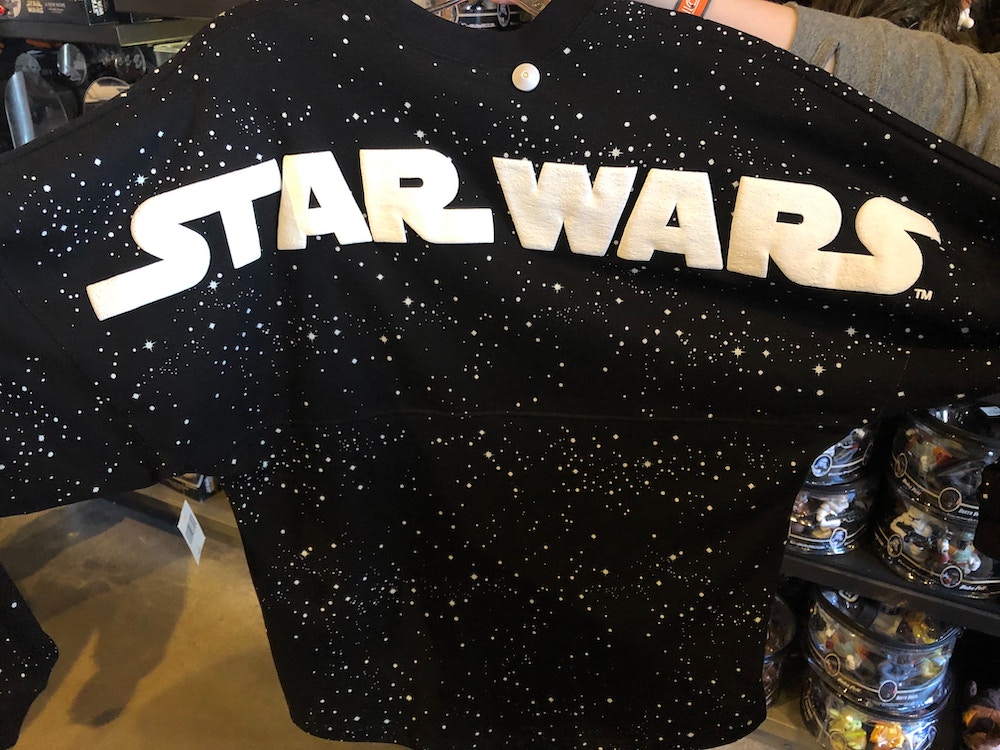 The spirit jersey retails for $64.99. We found this both at Star Wars Galactic Outpost at Disney Springs, and at Rock Around the Shop at Disney’s Hollywood Studios.