Get ready to recharge all day and party all night with this new DJ Rex tee inspired by the former Star Tours pilot turned Oga’s Cantina DJ himself. 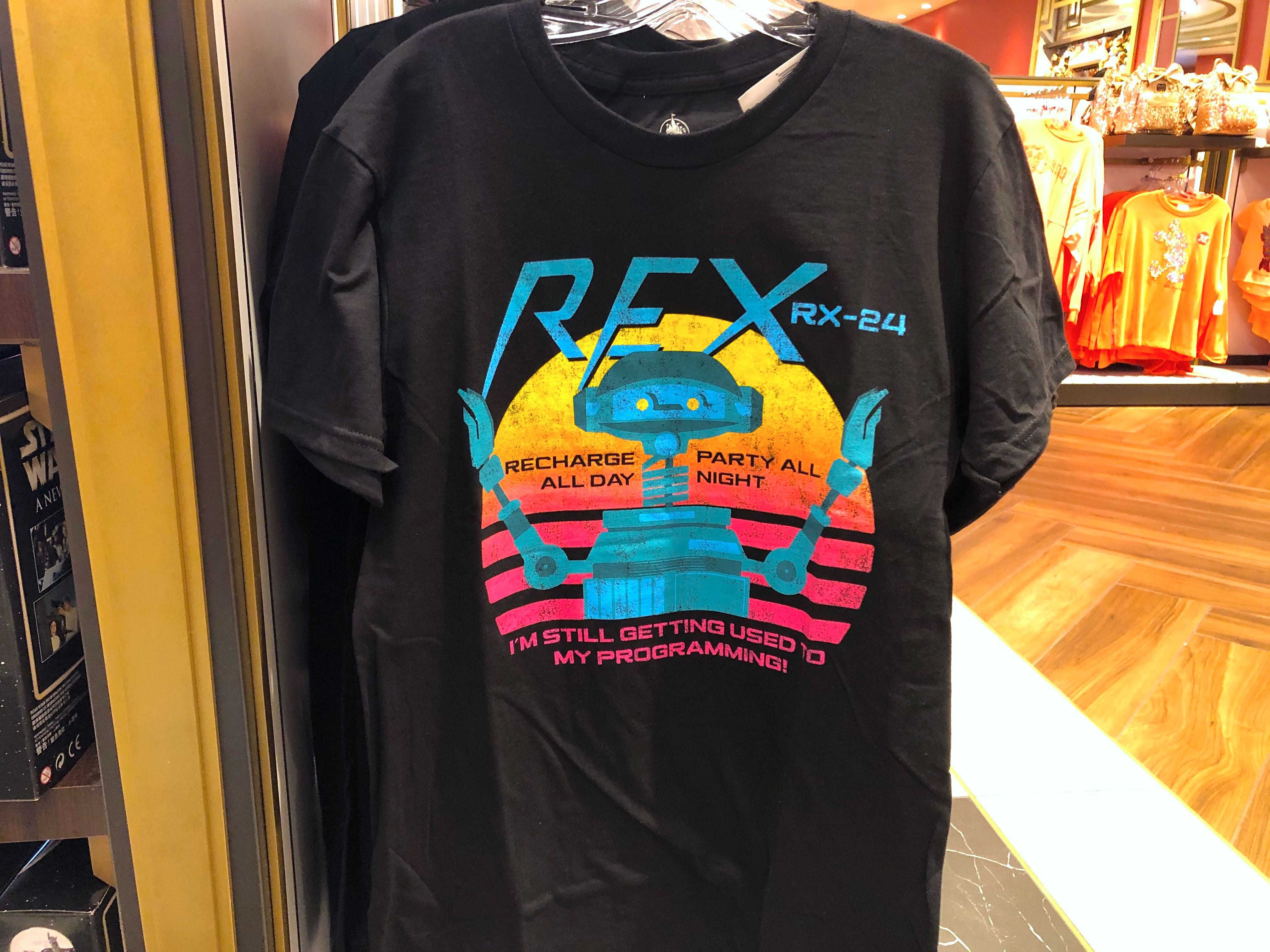 The ’80s style tee shows DJ Rex, formerly known as RX-24. He started out piloting StarSpeeders, but at some point, Rex crash landed on Batuu, where he was reprogrammed into a DJ by Mubo at the Droid Depot. Thereafter, Mubo gave the droid to Oga Garra to pay off a debt, and DJ Rex started providing the musical entertainment inside Oga’s Cantina. He occasionally powers down, but hey, he’s still getting used to his programming. You can find the new tee inside Mickey’s of Hollywood in Disney’s Hollywood Studios for $24.99… just make sure you have your drinks secured and your seats in the upright and rock position, because we are about to hit some turbulence!