While strolling through Pixar Pier, we found a special pork belly egg roll at Lamplight Lounge, created for the 2020 Lunar New Year.  Described as having tender pork, a spicy mango glaze, pickled carrots, lettuce, cucumber, and pork rinds, this egg roll sounds like a perfect addition to the festival. 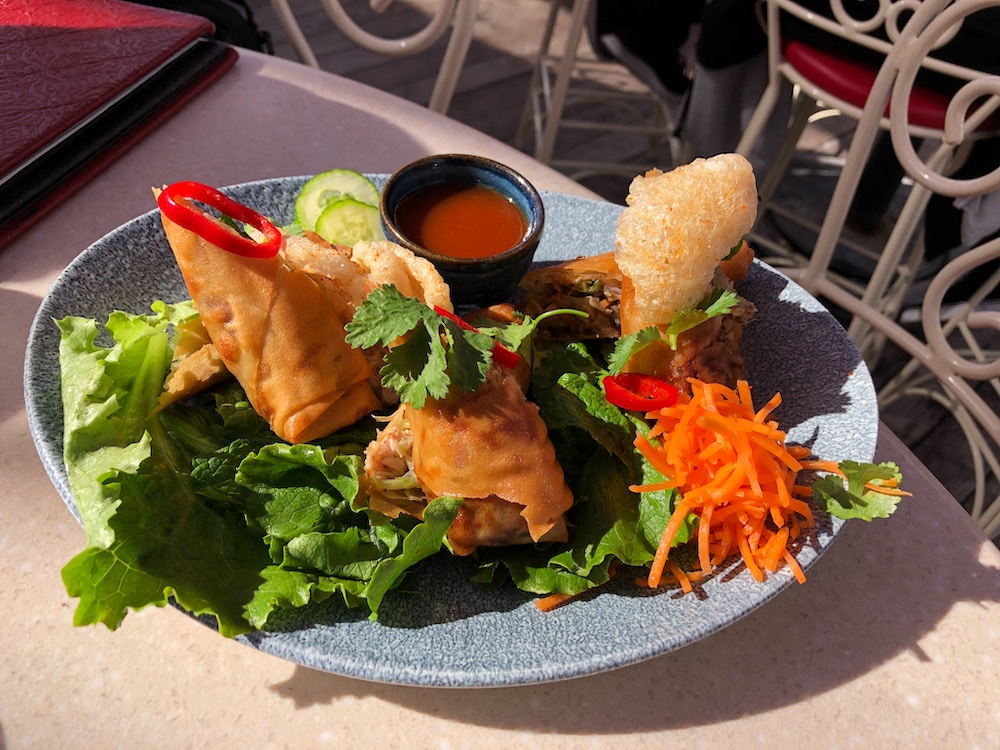 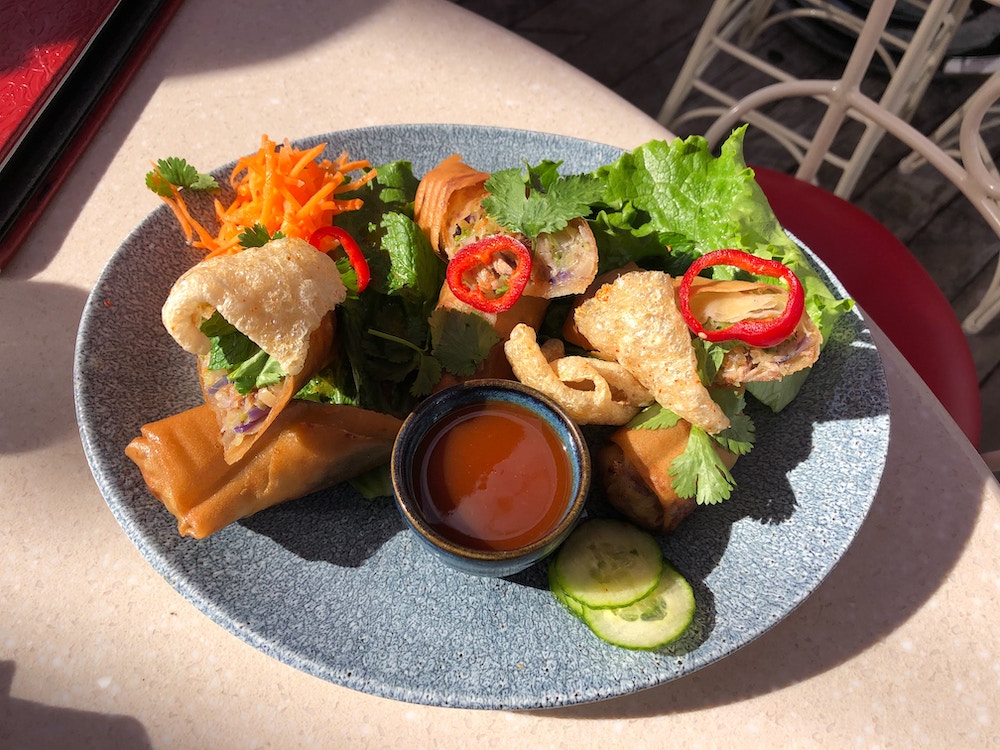 The first thing to know about these is that they aren’t listed on the menu, but they are availble. You’ll likely have to request them by name. 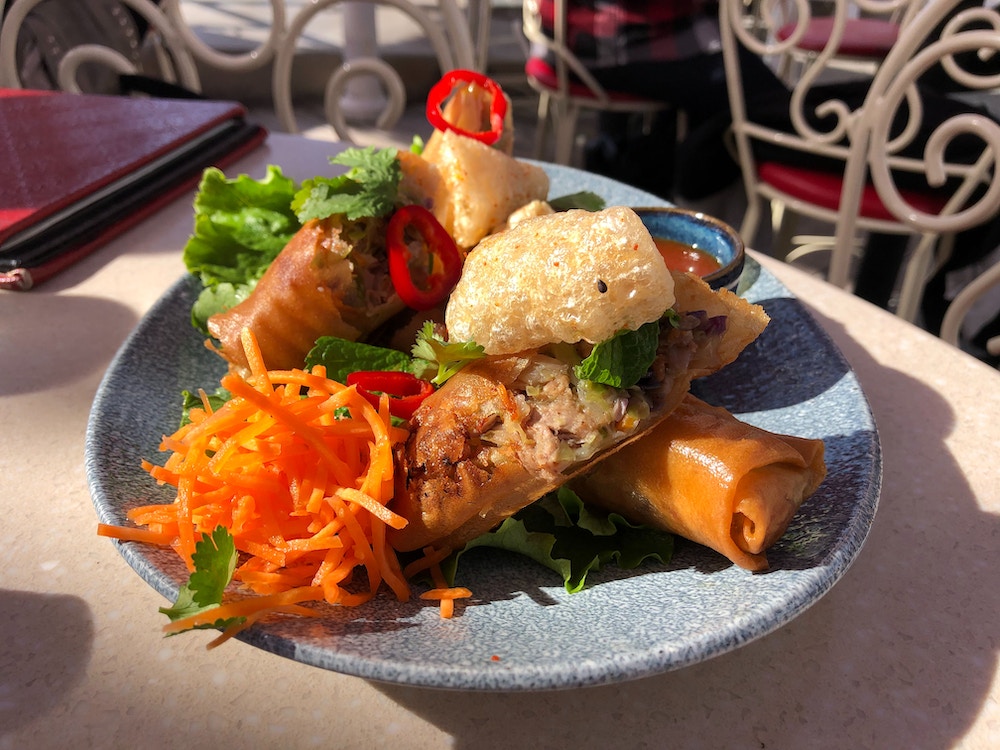 Getting into the food itself, grease is definitely the word on these. These were good, but also super greasy. The plate was greasy, the wrapping was greasy, and without the sauce, it tasted greasy. 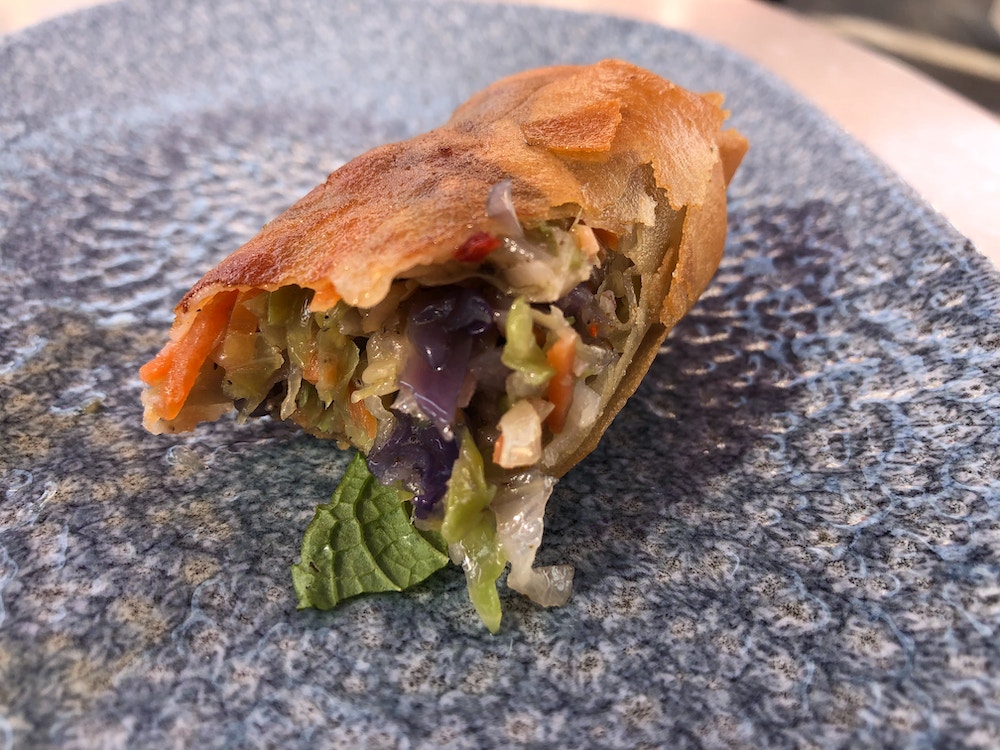 The egg roll wrapper was crispy, but this was where the grease was coming from. 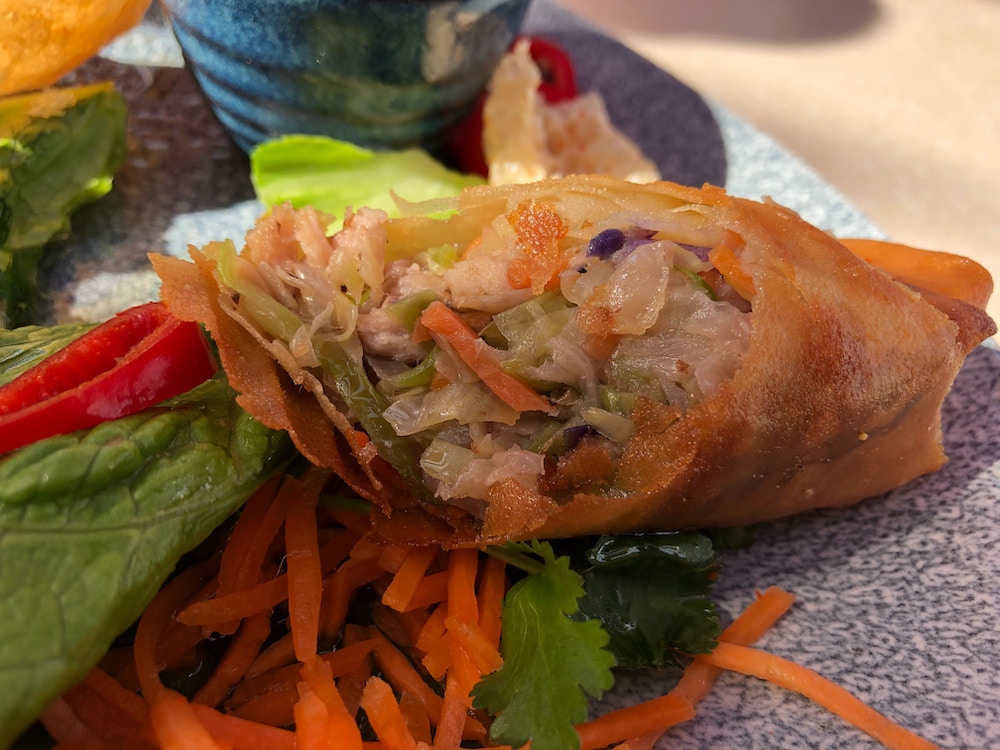 The ratio of pork belly to veggies was about 95% veggies to 5% pork. Not a lot of balance there. The veggies (cabbage and carrots) were sauteed and not very flavorful without the dipping sauce. 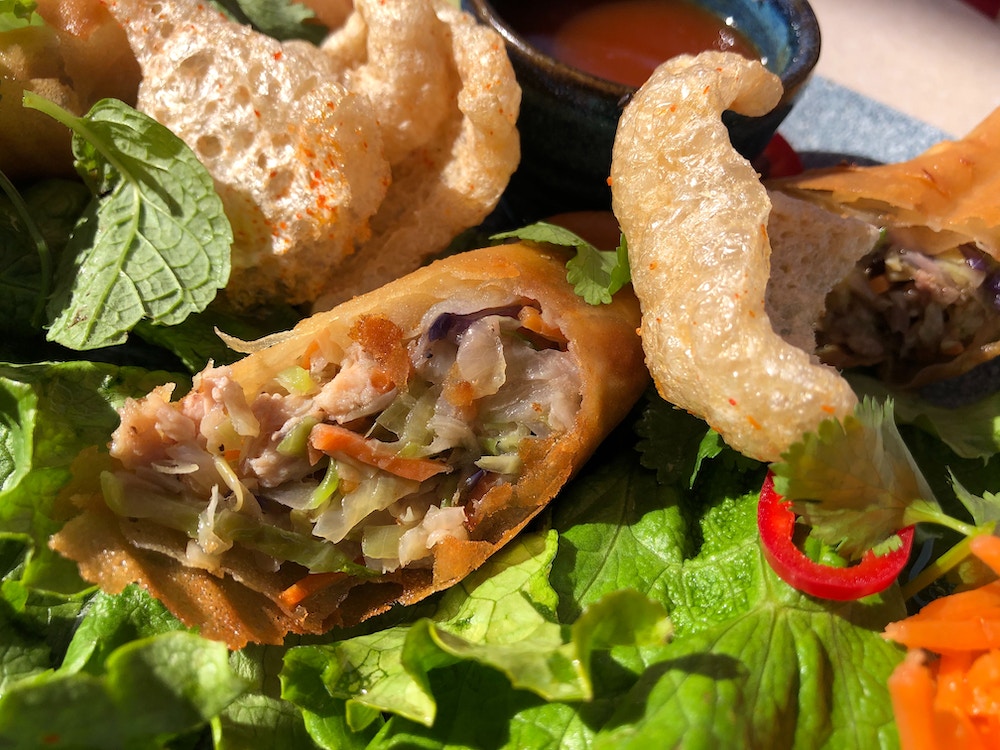 The few bites of pork were good. The dipping sauce was like a sweet chili sauce with a touch of heat, which this dish needed. 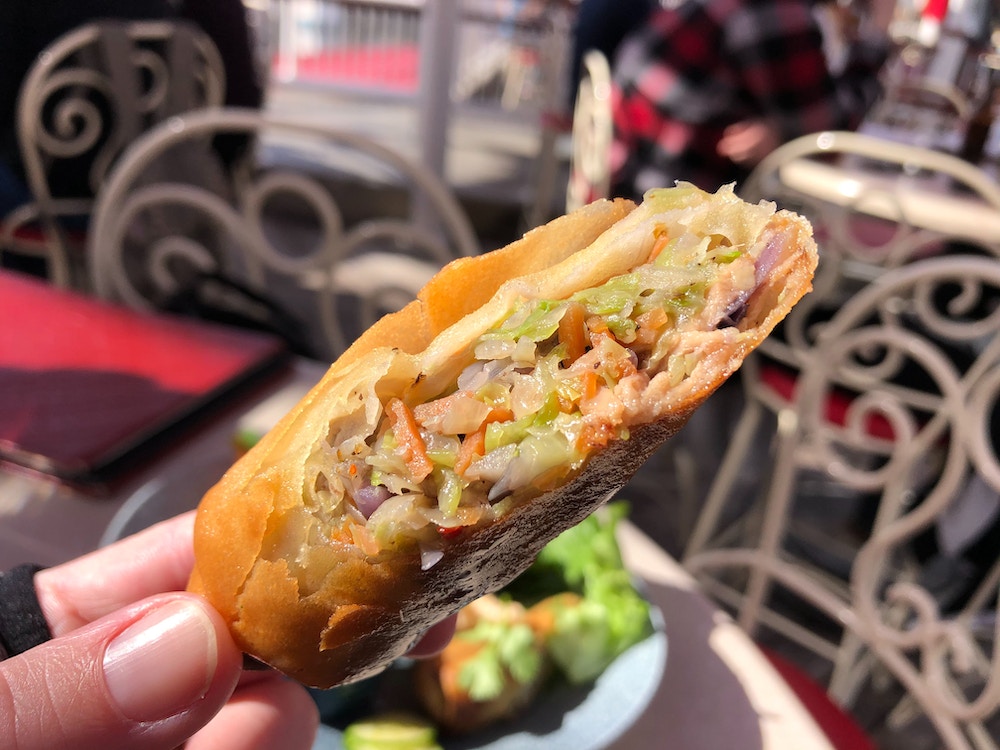 The portion was 3 whole egg rolls cut in half, so it’s pretty sizable and great for sharing. 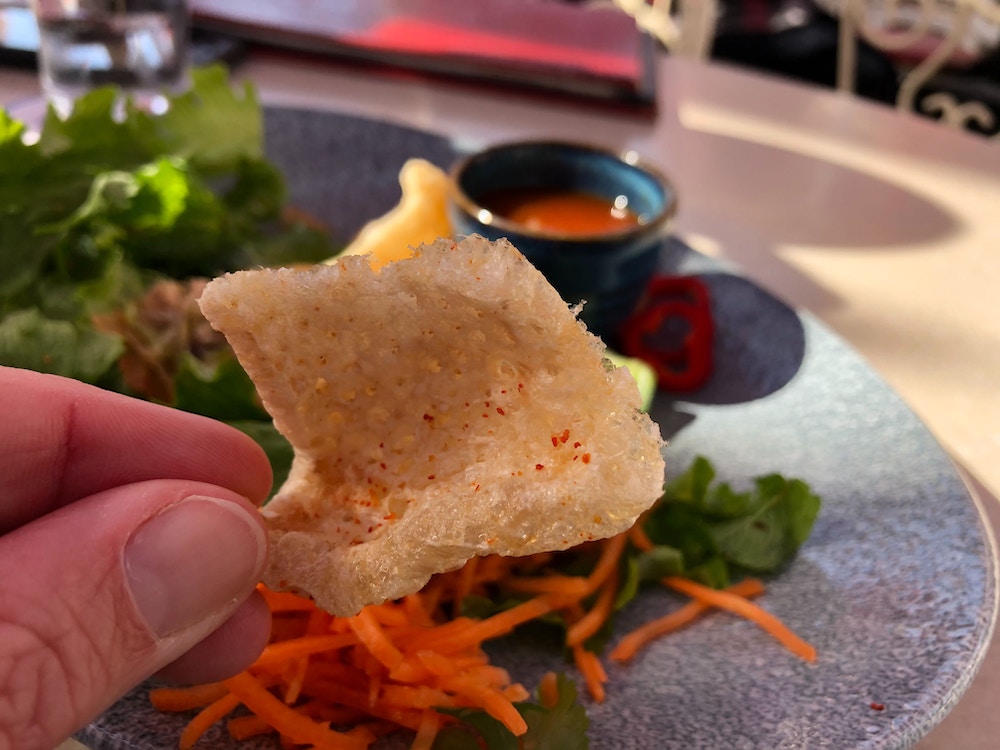 There were pickled veggies on the side for some freshness, as well as some crispy pork rinds which were were actually fresh, which you don’t see often in pork rinds. 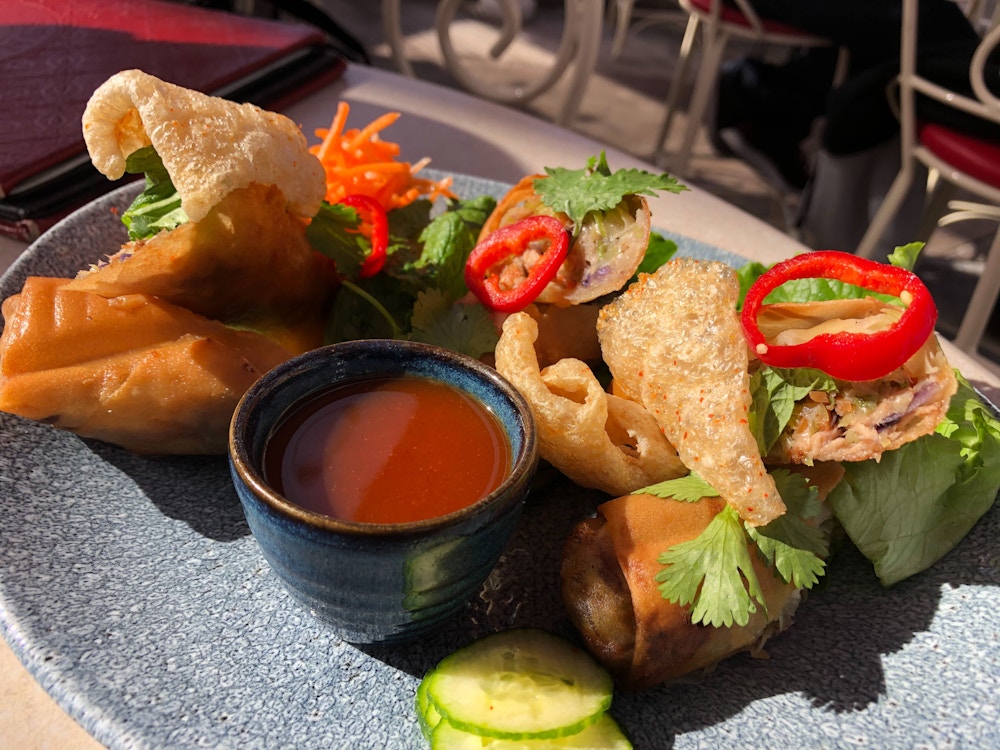 Overall, this is a super fresh dish, and worth dealing with the grease for. I wouldn’t come just for these, but if I found myself at Lamplight Lounge, I would order them again.

This special pork belly egg roll will only be around from January 17th to February 9th, 2020, so get it while it’s still here!

Next
PHOTOS: Every Piece of Lunar New Year 2020 Merchandise (with Prices) at Disney California Adventure