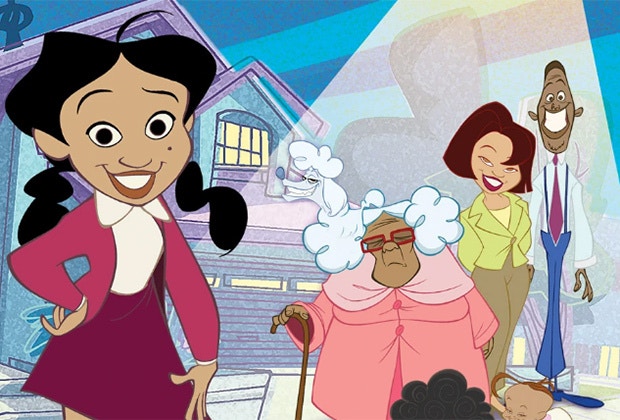 The initial debut of Disney+ left out a number of iconic childhood classics from the Disney Channel, one of the biggest ones being “The Proud Family.” If the opening theme song was one of your favorite Destiny’s Child songs growing up and you have fond memories of watching the show on Saturday mornings, it’s time to curl up on the couch with some Proud Snax, because the series is finally on Disney+!

TRUDY! 🗣 Seasons 1 and 2 of #TheProudFamily are now streaming on #DisneyPlus! pic.twitter.com/PjhkifulO8

While both seasons of the series are now available to stream, a third season for the series is reportedly in production, with the voice of Suga Mama, Jo Marie Payton, confirming that “Suga Mama will be doing some new episodes come February” during a GMA3 interview hosted by Keke Palmer.

The award-winning show, which featured guest stars such as Gabrielle Union, Kobe Bryant, and Mariah Carey, was created by Bruce W. Smith and was one of very few animated series created at the time that centered around an African American family.