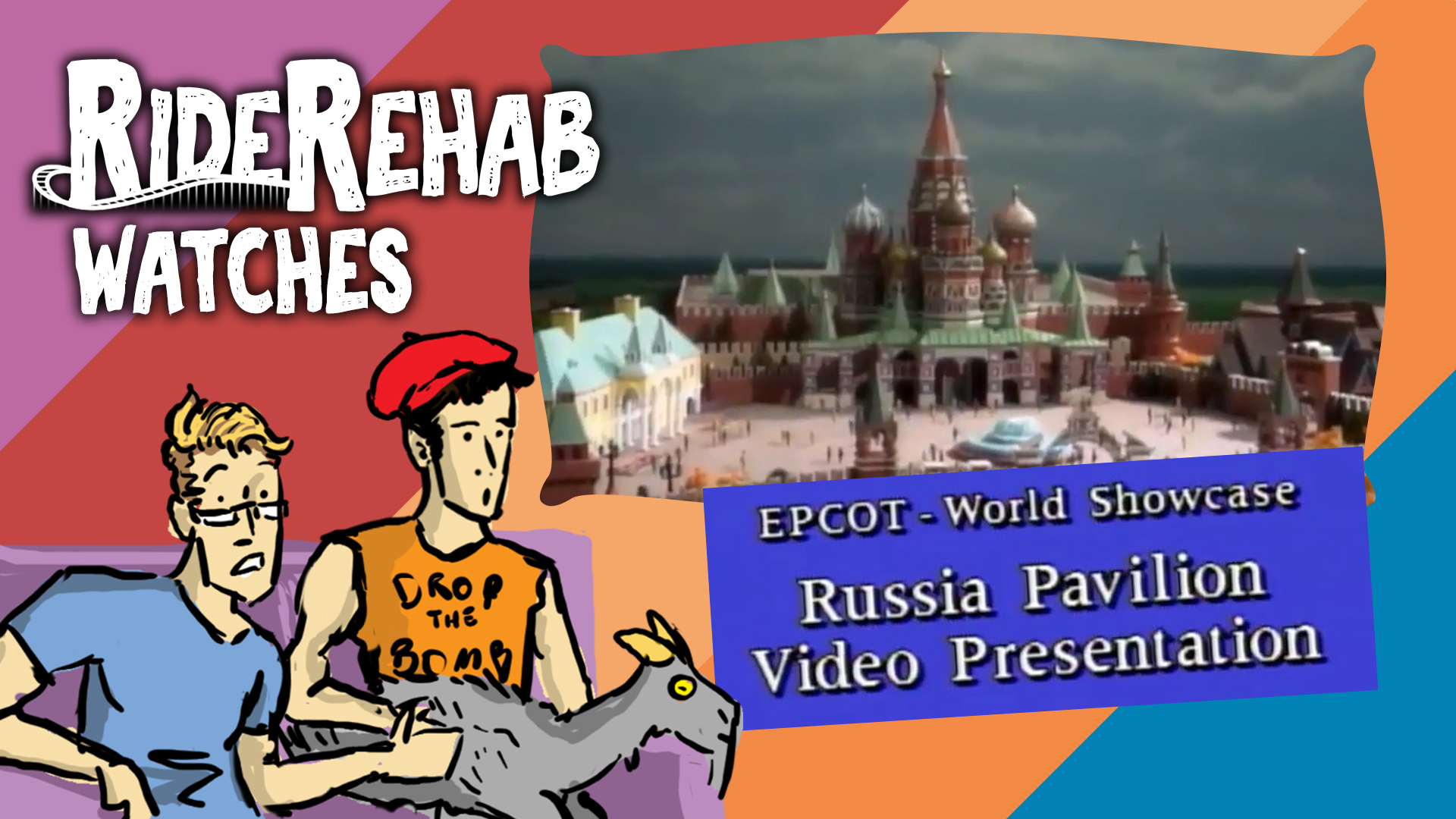 On each episode of Ride Rehab Watches, Tyler and Thomas sit down to watch an old Disney Parks video. This time, it’s the Epcot World Showcase ‘Russia Pavilion Video Presentation.’ With first time live commentary by the duo, think of it as watching a video with your friends and laughing along with all the awkward or outdated material for this proposed World Showcase Pavilion. The video is available on the WDWNT YouTube channel! Watch below!

According to information online about the proposed Epcot Pavilion:

Despite the frosty relations between the US and the Soviet Union, plans were drawn up in the early 1990s for a Russia Pavilion. The concept artwork shows that it would have been dominated by a recreation of St. Basil’s Cathedral. The central attraction would have been “Russia – The Bells of Change”, a show that would combine audio-animatronics, movie footage and live actors to bring the history of the country to life. The proposed area had two rides: a sled journey through the Russian scenery, and a ride-through attraction based on Russia’s famous folk tale The Fool and the Fish (Ivan and the Magic Pike). The story is about Ivan, a young fool who spares the life of a fish, specifically a pike. It just so happens that the pike is magical, and in return, Ivan is granted wishes from the pike.

Ride Rehab is the WDWNT Podcast of ridiculously re-skinning rides at Walt Disney World. Each episode, Tyler and Thomas put themselves into the shoes of Imagineers to see what they would do with infinite time and money. New episodes of the show are released the 7th of every month, and more comedy videos come each month as well! For our content all the time, check out our YouTube, Twitter, Facebook, Instagram and Store.