The Many Faces of Wanda from “WandaVision” 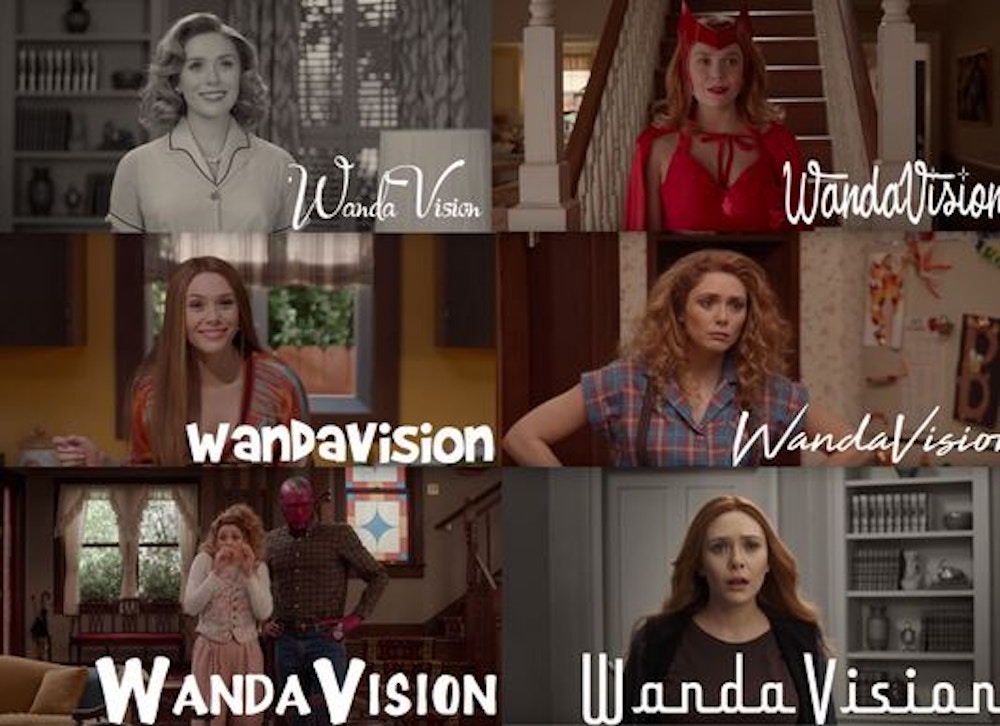 We got our first look at “WandaVision” when Disney+ debuted their Big Game advertisement during this years Superbowl. One thing that definitely stood out was the different versions of Wanda that appeared.

We don’t know exactly what will go on during the series, but it appears it will pay homage to some classic sitcoms like “I Love Lucy,” “Bewitched,” “The Brady Bunch,” “Roseanne” and “Full House.” Check out the images above.

First Look at the U.S. Agent from “The Falcon and the Winter Soldier” 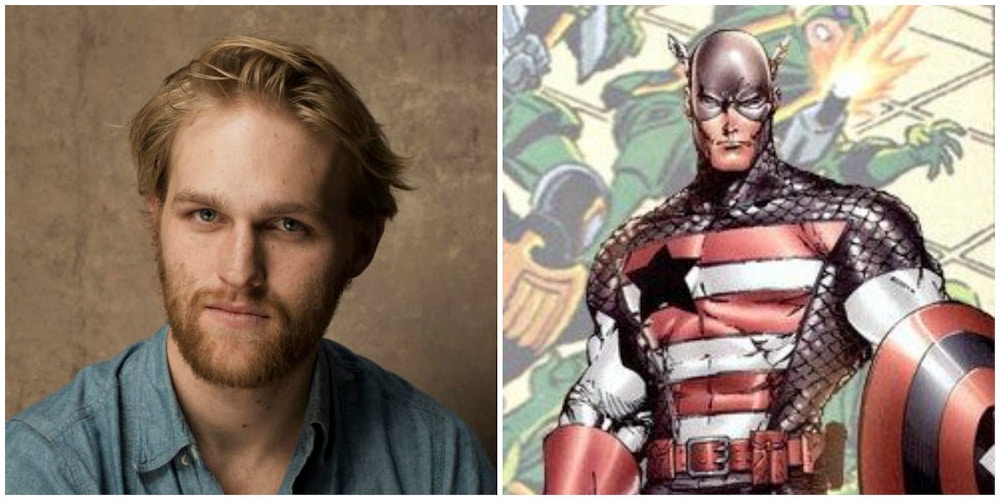 “The New York Post” gave us our first look at Wyatt Russell as U.S. Agent, and he looks fantastic. Check out the images! 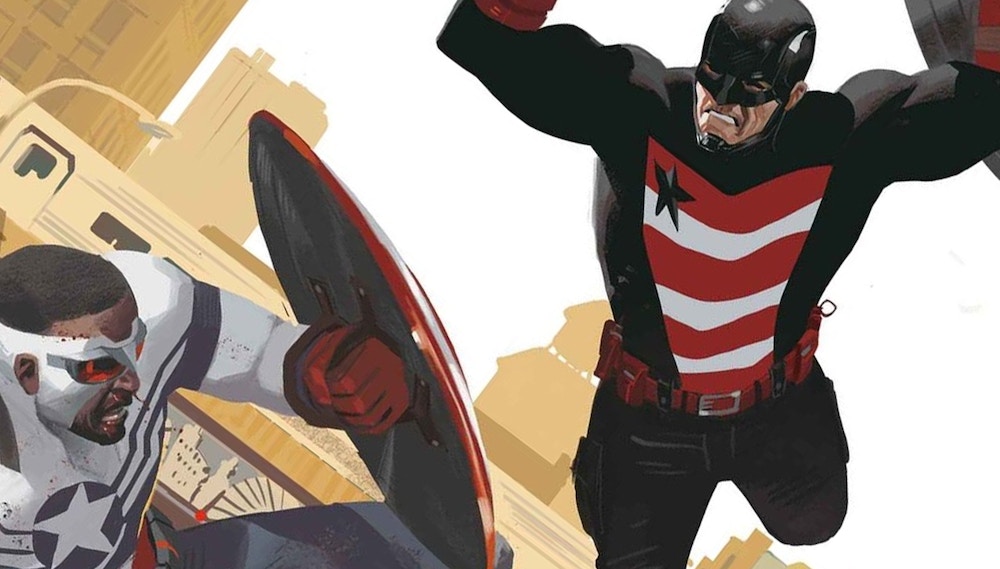 So who is the U.S. Agent? John Walker was originally the Super Patriot, but eventually took over the role of Captain America after Cap resigned due to his disagreement with the Commission on Superhero Activities. 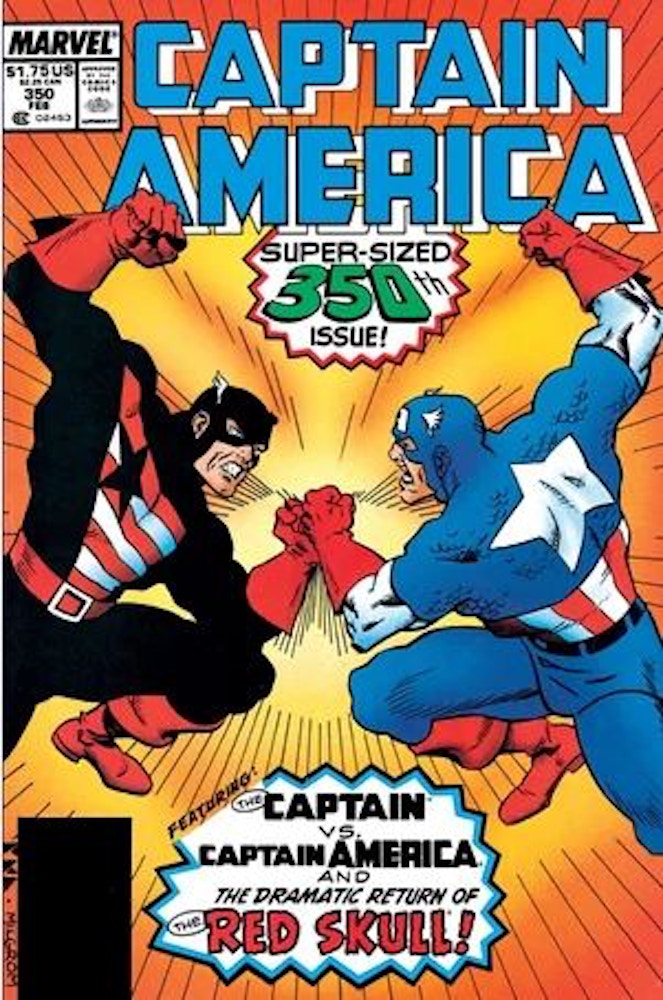 So, where was Steve Rogers during this time? Steve took the new moniker of the Captain. He donned a similar looking costume to the one he wore as Captain America but gone was the classic red, white and blue look. The two finally came to blows and the winner became the new Captain America. Steve was victorious and John Walker went on to become the U.S. Agent, now wearing the costume of the Captain.

The MCU’s First R-Rated Movie Could be “Deadpool 3” 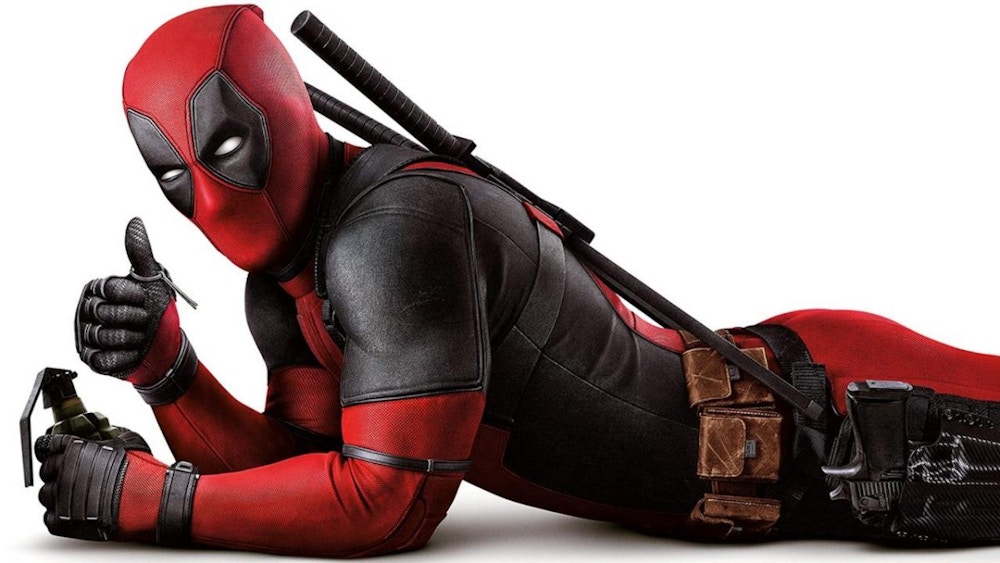 So, will we see Deadpool make his debut in the MCU, or will he still be under the Fox banner when “Deadpool 3” is released? According to the writer Rhett Reese, “Deadpool 3” will receive another R rating, as he doubts the merc with a mouth will make the cut for the MCU.

Question: We know that Deadpool 3 is happening. In your opinion, do you think that it’s possible to do a “Deadpool 3” that could be rated R under the Disney banner?

But don’t count Deadpool and the MCU out just yet. Ryan Reynolds recently said he is working with Marvel on the next Deadpool movie. Bob Iger also stated that Disney will continue to make R-rated movies when it makes sense for the studio. 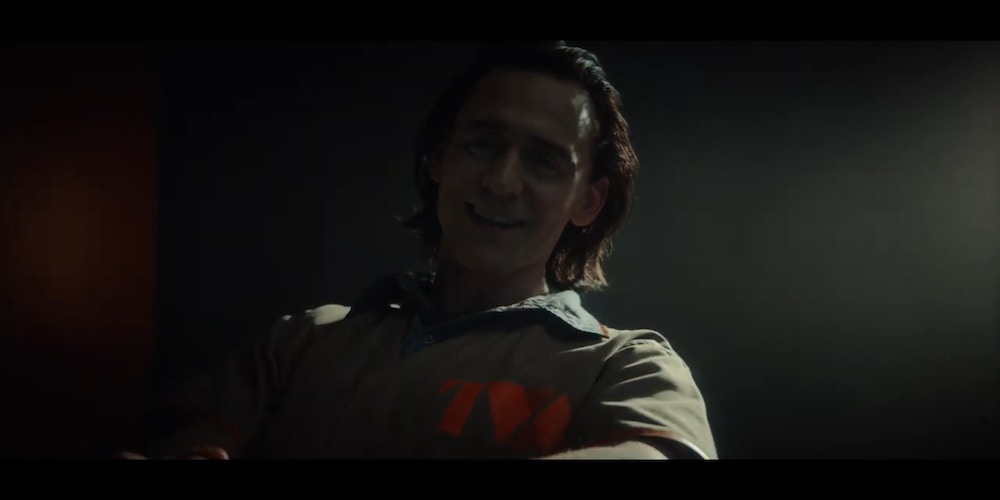 Tom Hiddleston is getting ready for “Loki,” and he recently shared some video of him swinging into action for the upcoming Disney+ series. Check it out below!

Actor @twhiddleston has shared this video from his stuntwork preparation for the #Loki @disneyplus series with the caption: "Prep is going really well." pic.twitter.com/LGR9EvEfLi 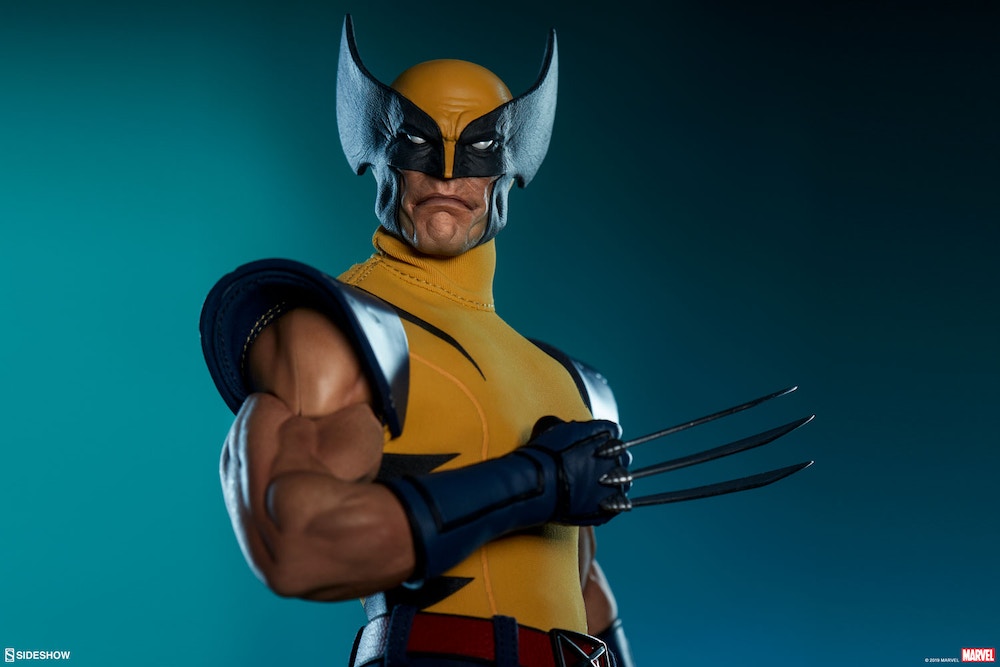 I love classic Wolverine, and this sixth scale figure from SideShow looks incredible. Only thing missing for me is Wolvie’s hairy arms. Come on, guys! 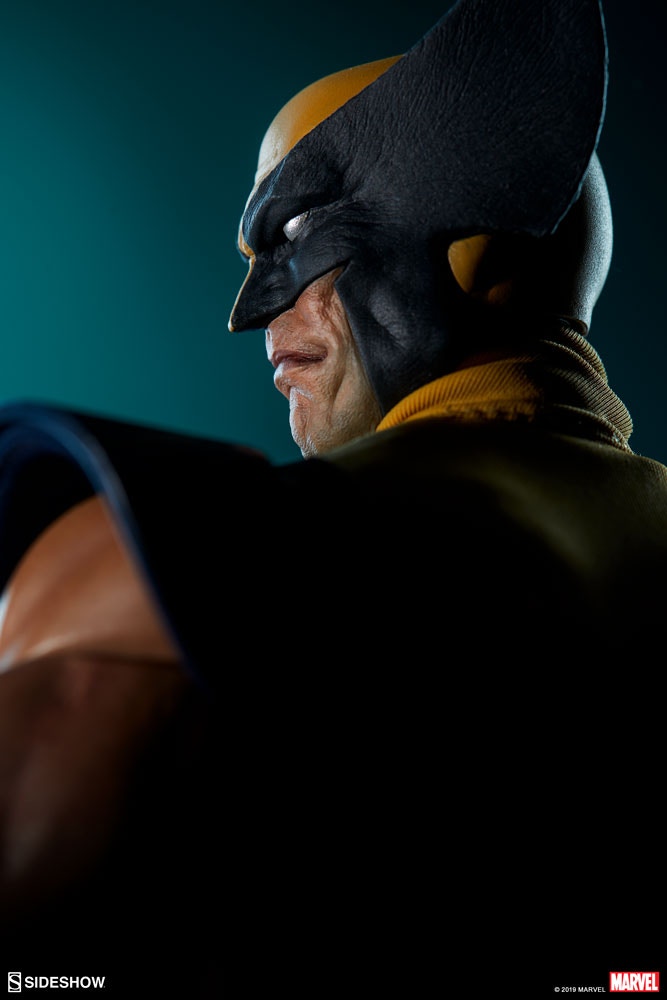 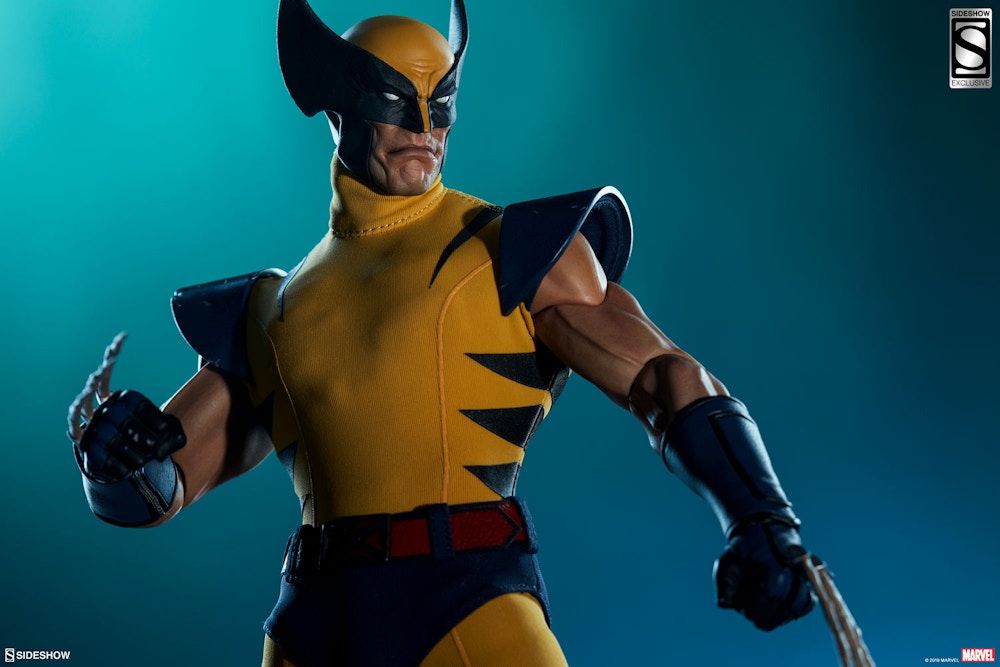 The Wolverine Sixth Scale Figure features a comic-inspired head sculpt of everyone’s favorite feral mutant, with a stern expression beneath his yellow and black finned cowl. Wolverine’s costume includes a yellow fabric bodysuit with black stripes, a set of blue fabric briefs, and a red fabric belt with an “X” buckle. His classic costume also has sculpted elements like distressed blue shoulder armor, as well as blue and black gauntlets and two-part boots. 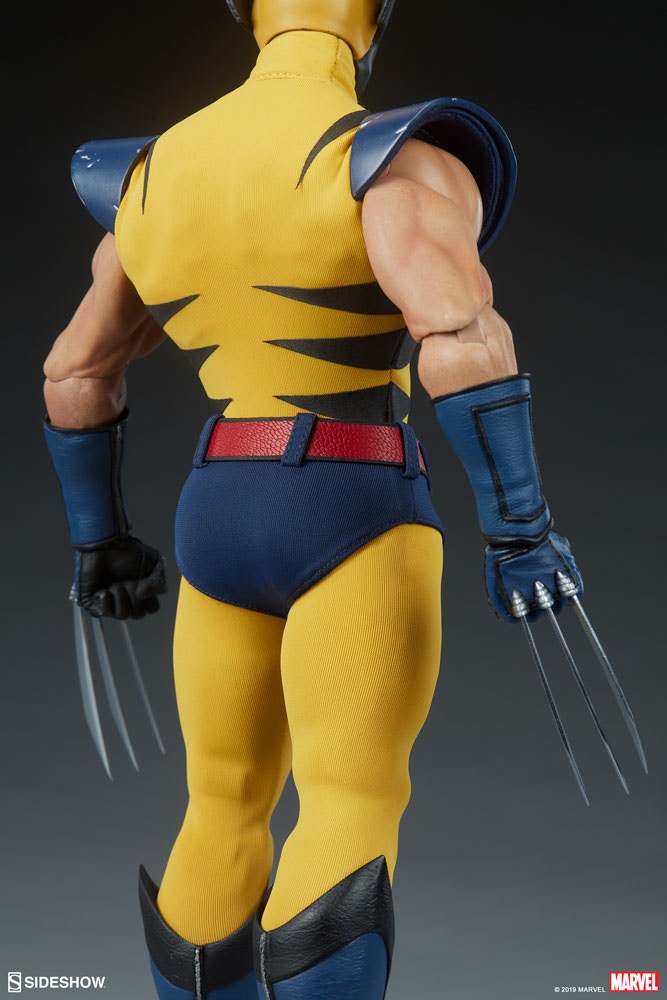 The Wolverine Sixth Scale Figure features a number of swap-out elements allowing you to perfect his powerful pose in your Marvel collection. Logan comes with a pair of fists and a pair of action hands, which can both be fitted with the swappable hand plate with his Adamantium claws and the hand plate without claws. For further configurations, the Wolverine Sixth Scale Figure includes three sets of muscular, swappable arms: a pair of articulated arms, a pair of non-articulated bent arms and a pair of non-articulated straight arms. Unleash this iconic Marvel hero’s full fury with this variety of vicious accessories and display options. 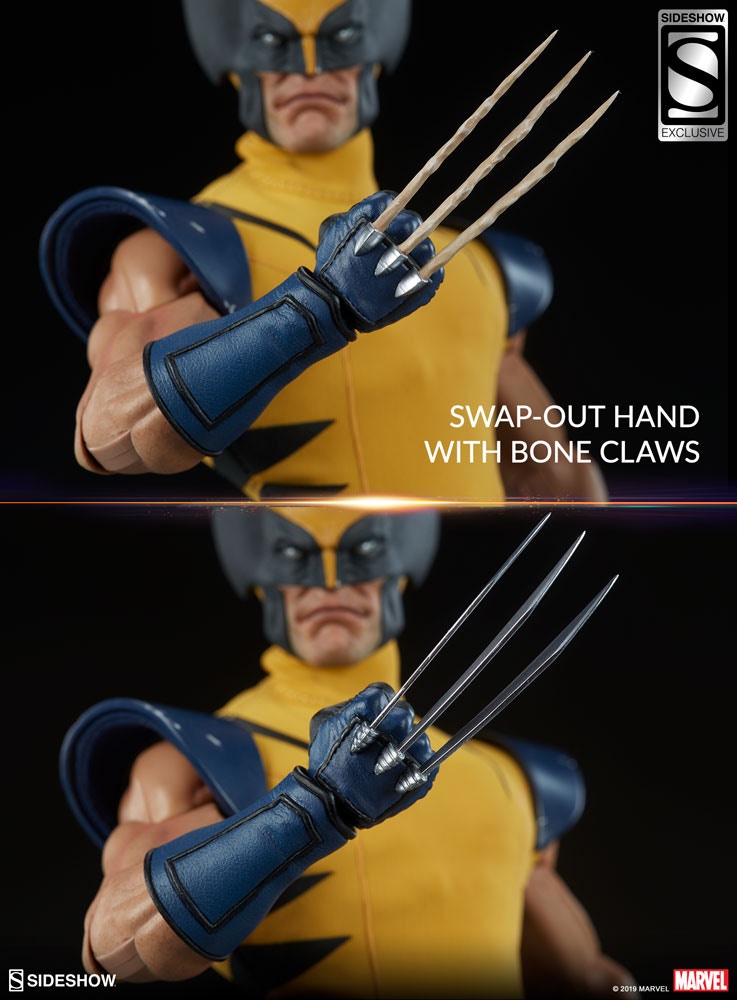