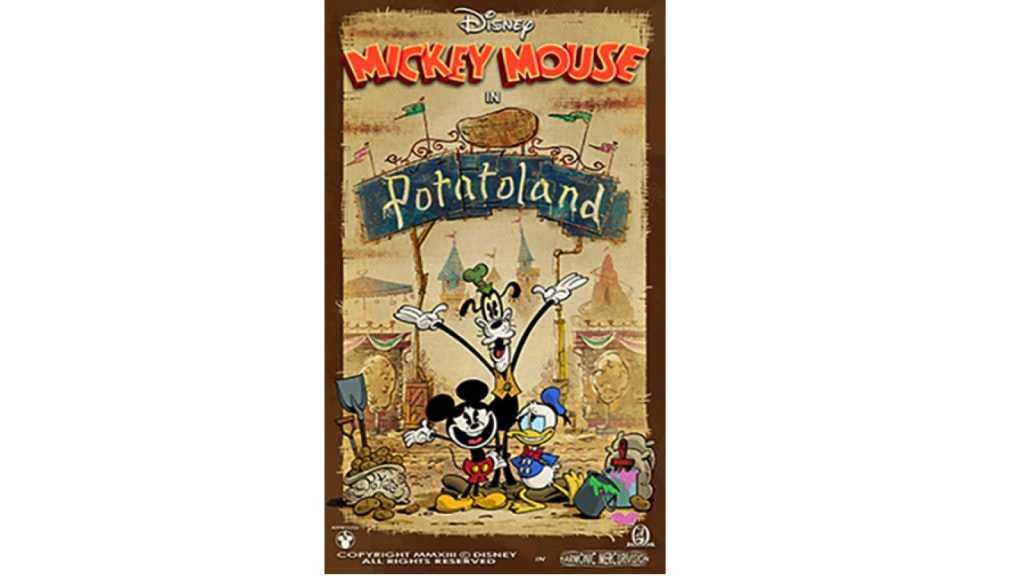 As you can see, the new “Potatoland” poster features Mickey Mouse, Goofy and Donald Duck at the entrance of a one-of-a-kind theme park! In the video short, Mickey and Donald try to make Goofy’s dream come true by building a surprise theme park of potatoes! 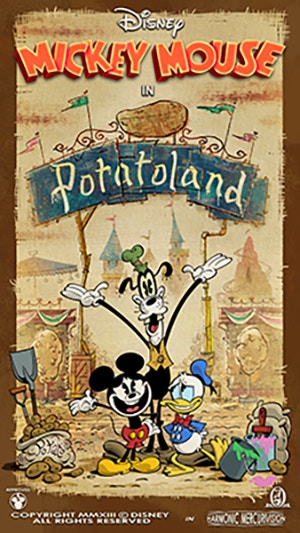 You’ll soon be able to experience the surprises of Mickey’s cartoon universe like never before at Mickey & Minnie’s Runaway Railway.  During each adventure, you’ll enter the NEW Mickey Mouse cartoon short “Perfect Picnic” for an one-of-a-kind adventure where anything can happen. Why? Because here, mouse rules apply!

Be sure to check out the “Potatoland” short for a look inside an amazing cartoon universe you’ll be able to enjoy at Mickey & Minnie’s Runaway Railway beginning March 4, 2020, at Disney’s Hollywood Studios and later at Disneyland park in 2022.

Next
PHOTOS: New “MADE by You” T-Shirt Customization Kiosk Debuts at Disney Springs