As part of EPCOT’s ongoing transformation, construction at the former home of Mouse Gear is in high gear. Today, we got a good look at changes that have already come to the site, including massive demolition work and the removal of the former Pin Central canopies. 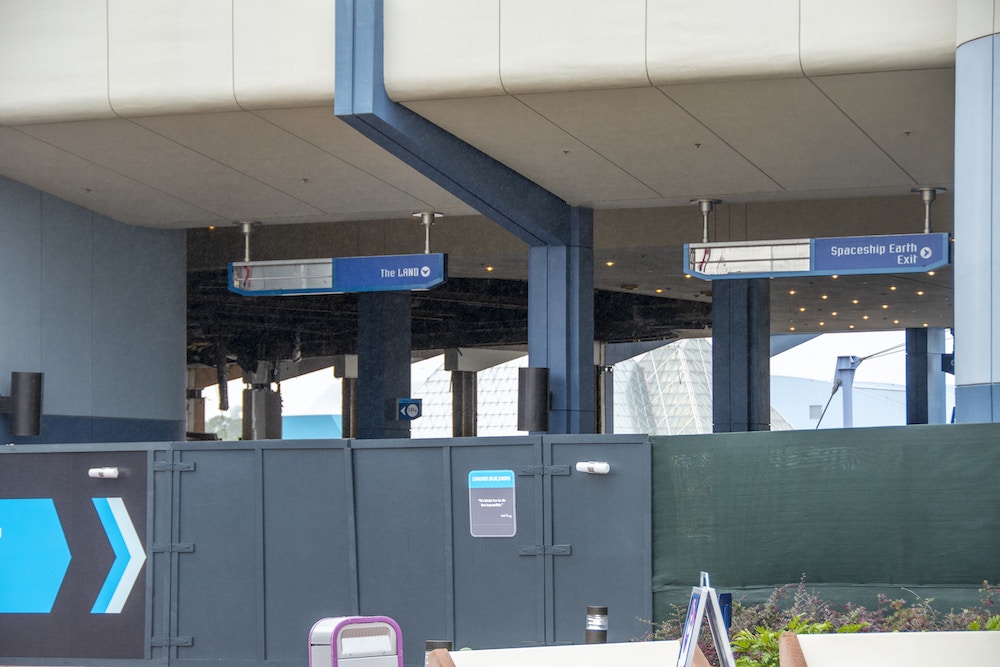 As guests walk into the temporary Mouse Gear, they’re greeted by the sight of a completely gutted former Mouse Gear. 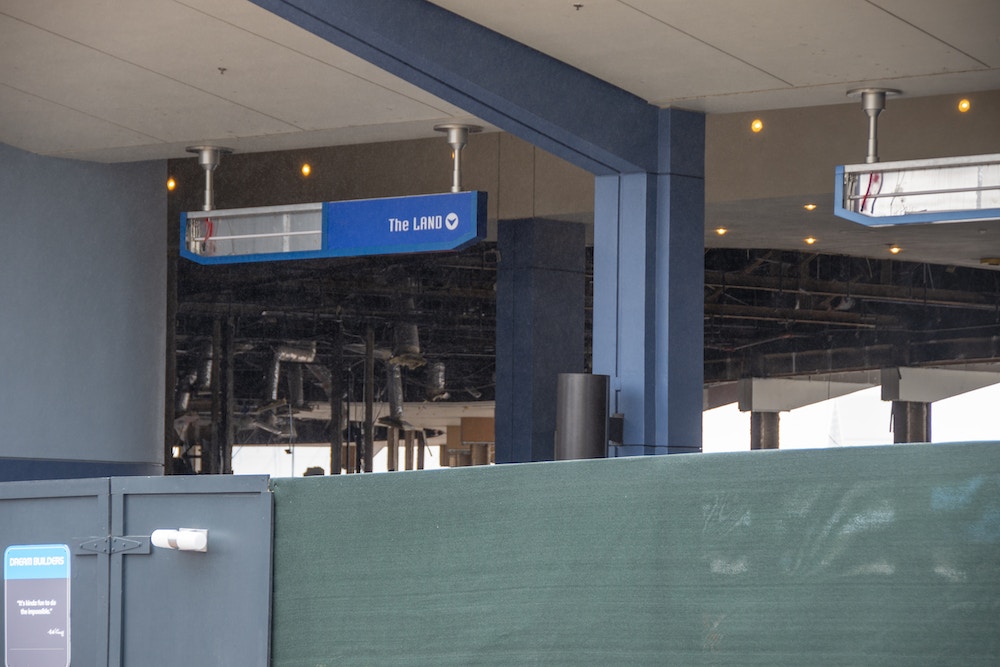 Large sections of roofing have been removed, leaving duct work and framing exposed. 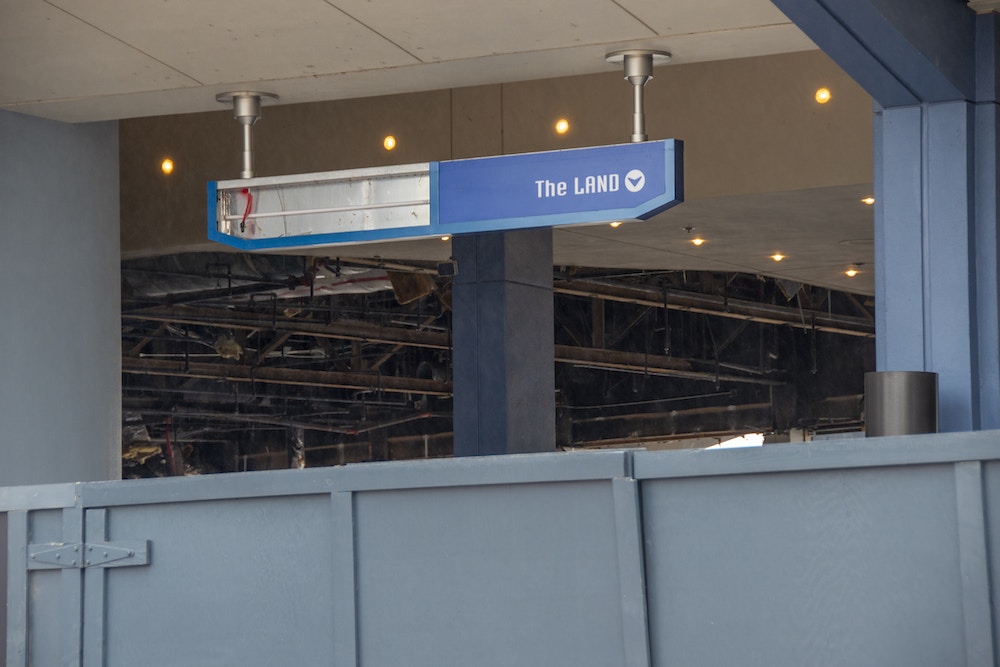 Additionally, directional signage has also been disassembled in the breezeway. 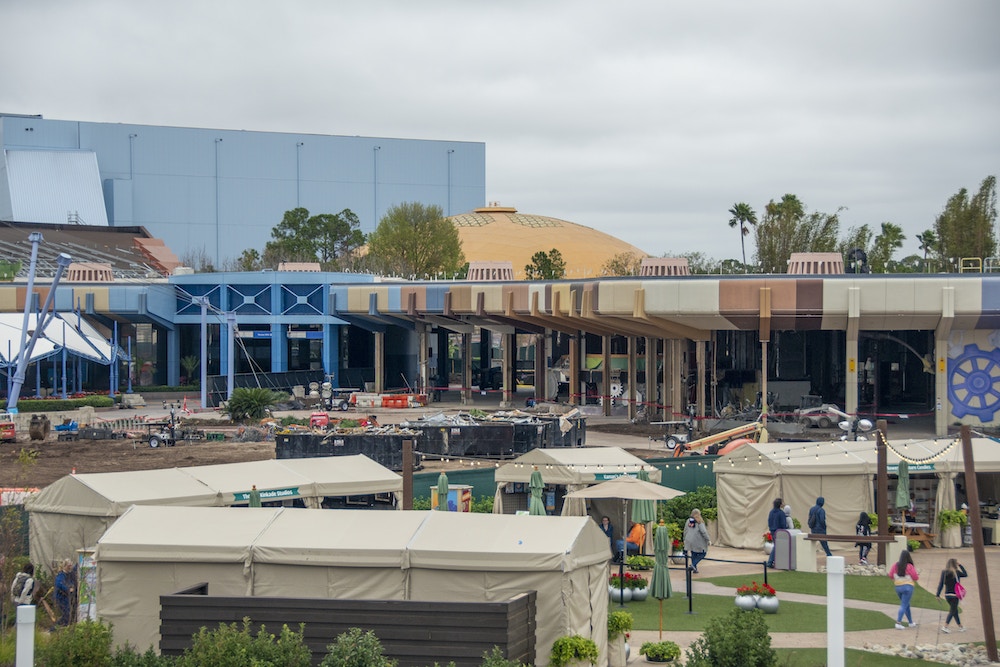 From the Monorail, we can see the entire western side of the building has been blown out and removed. 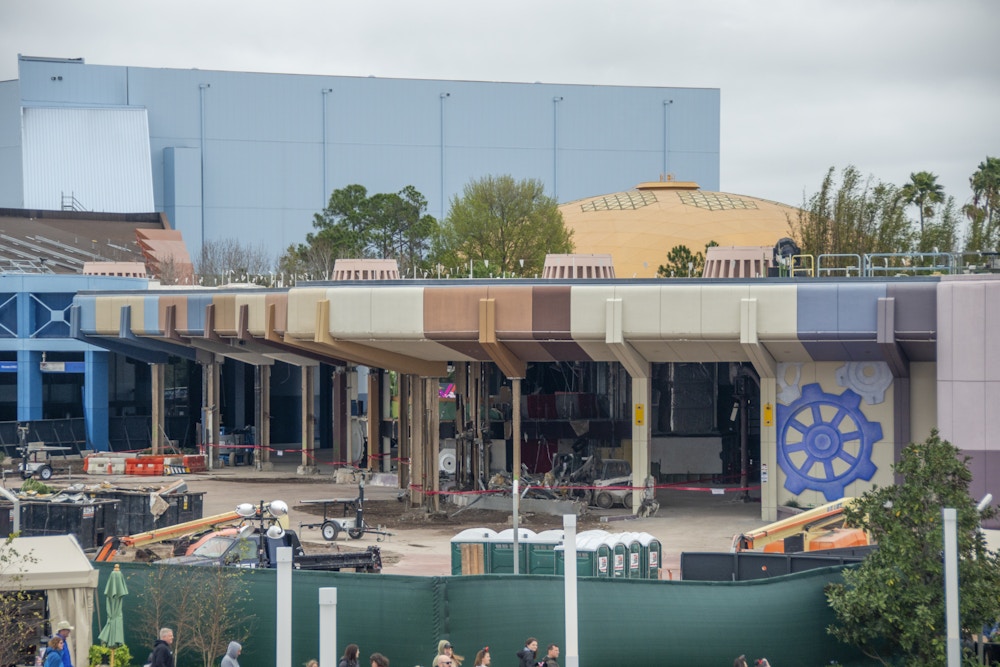 A look into the exposed building shows where the majority of the decorative elements inside the former store are all gone. 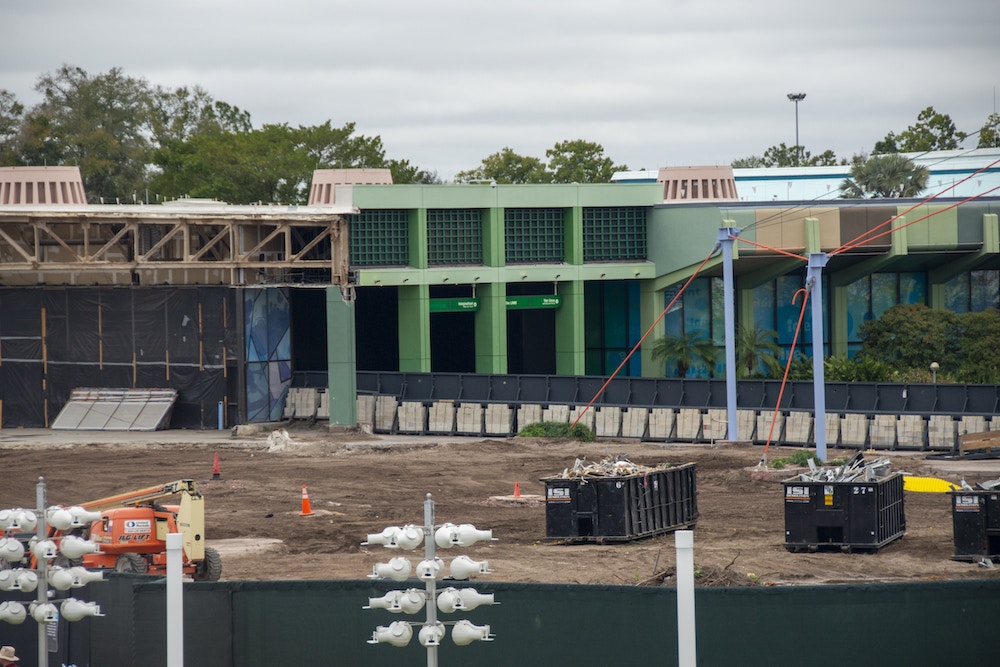 Outside the store, large dumpsters hold the guts of the former EPCOT staple that have been removed. 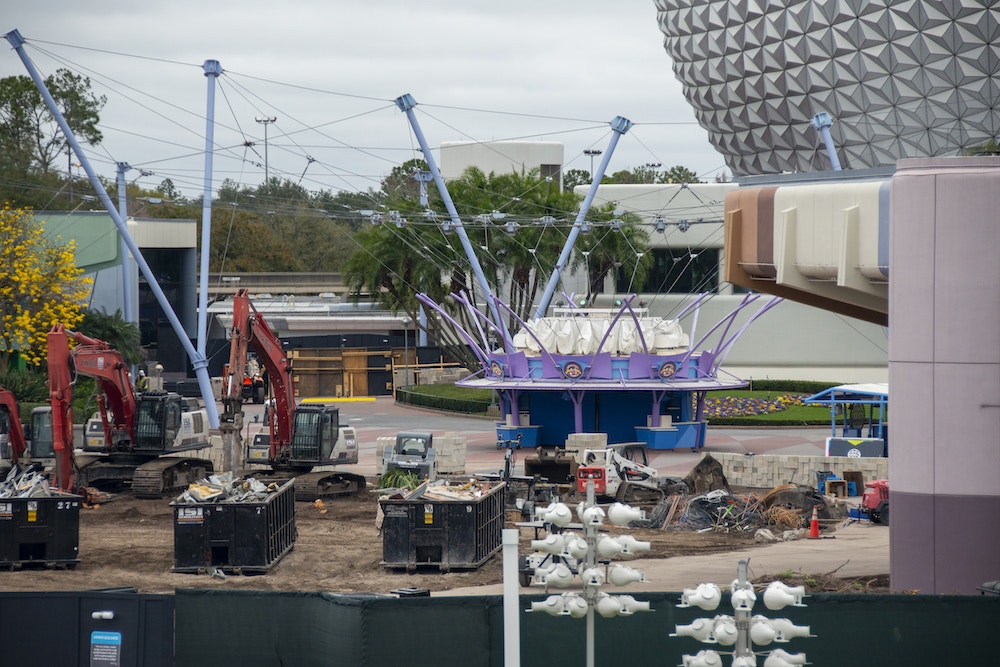 Additionally, all of the material panels that inhabited the large web of cables emanating from the former Pin Central store and Electric Umbrella have all been removed.