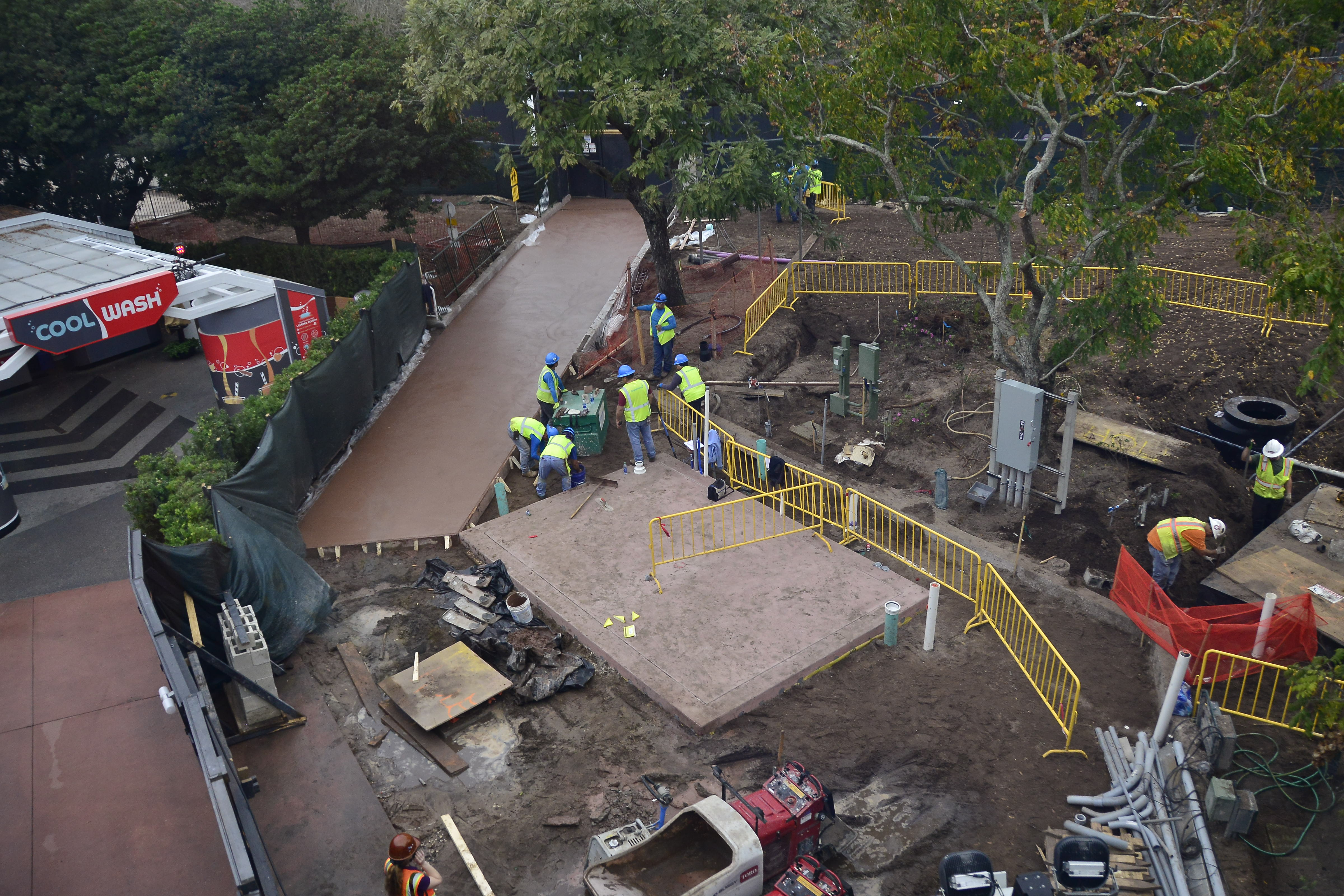 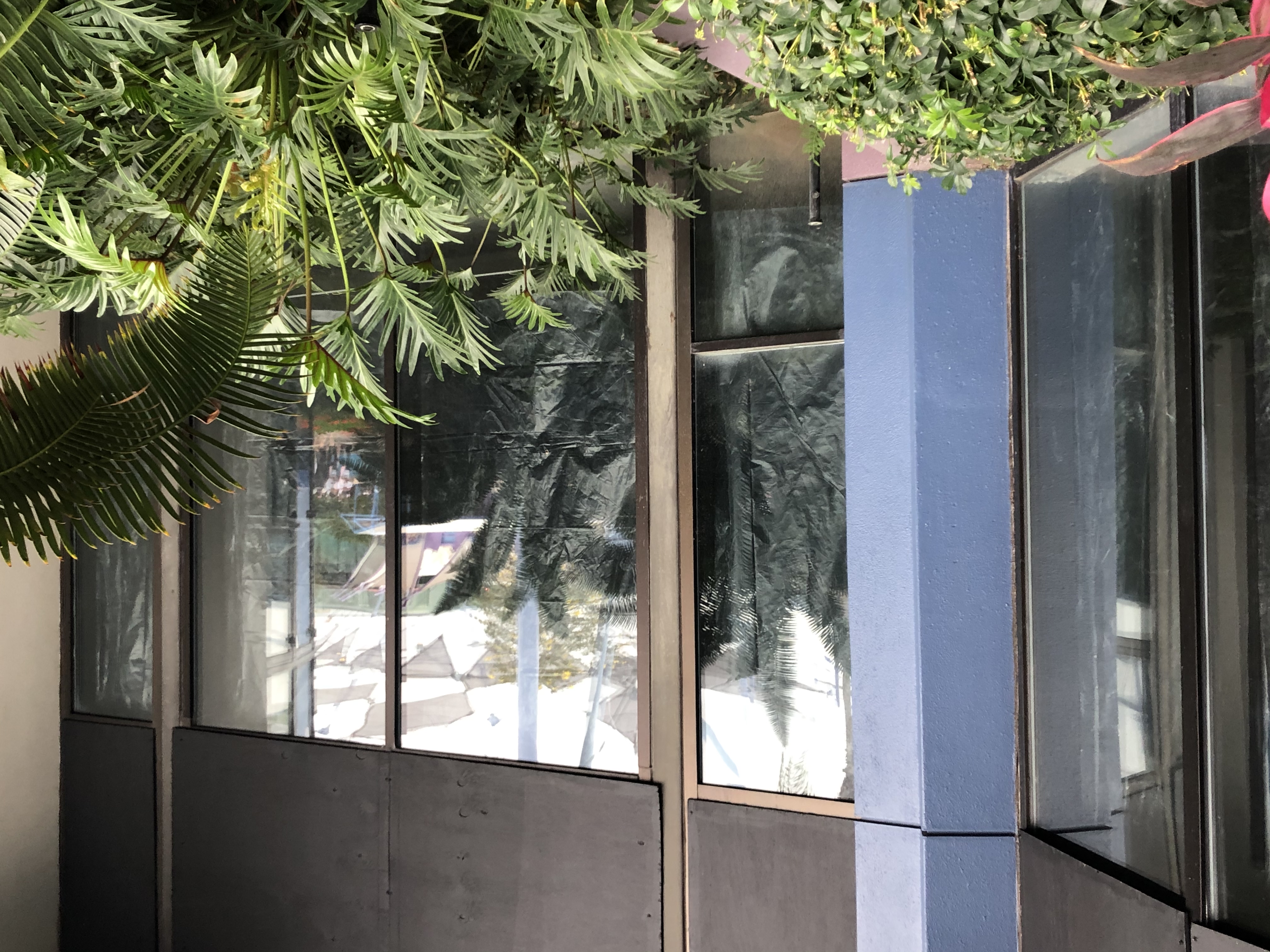 At the old Mouse Gear location, the final visible signs of the past are gone after the last decorative gear character window display was removed. Now, all guests see are black tarps.

Next to the Taste Track site, new pavement has been poured for the sidewalk that will connect the old rear exit of Mouse Gear to the Test Track Simporium and Cool Wash. 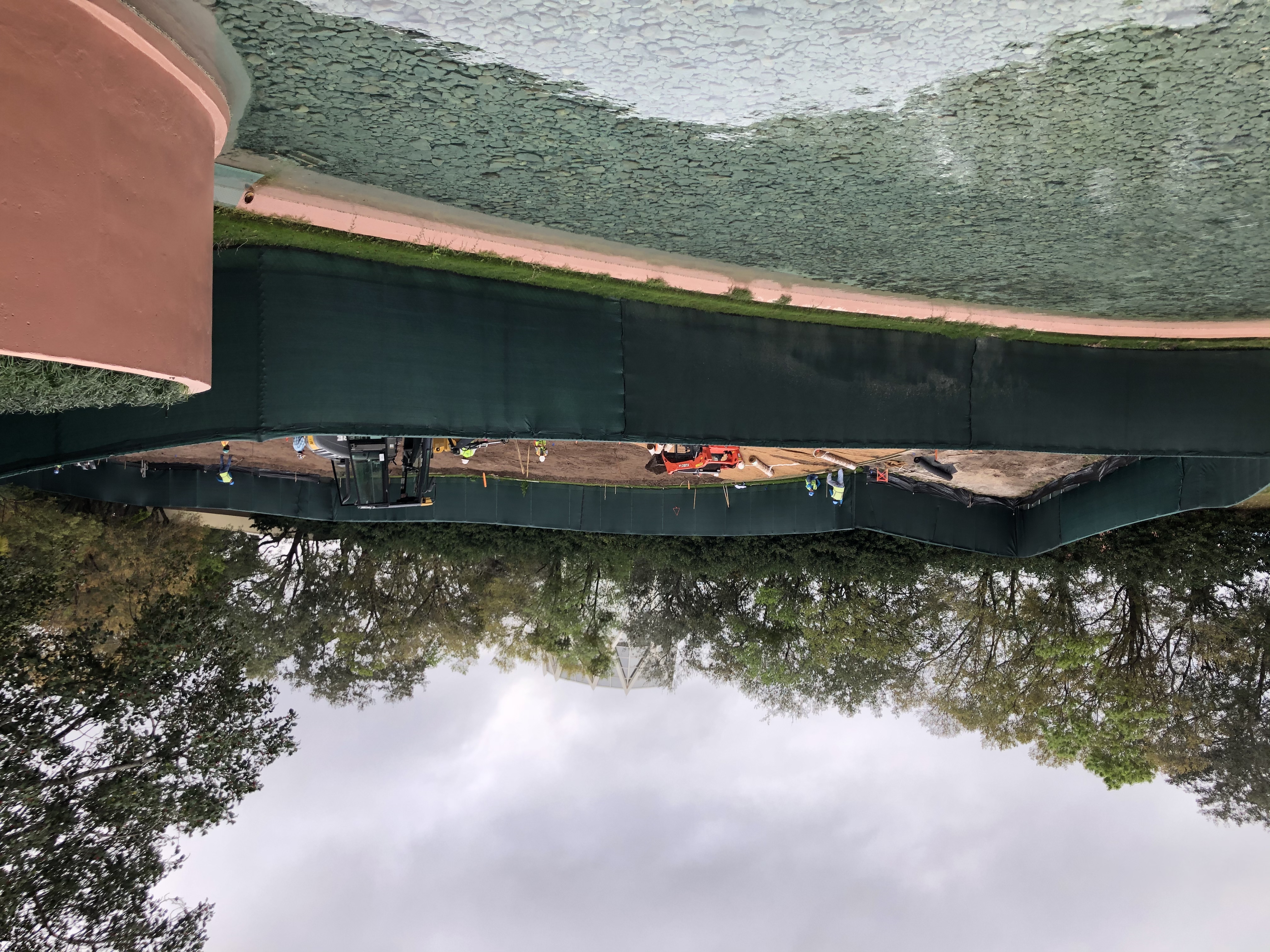 Over between The Land and Imagination!, the mystery construction site was abuzz with activity. 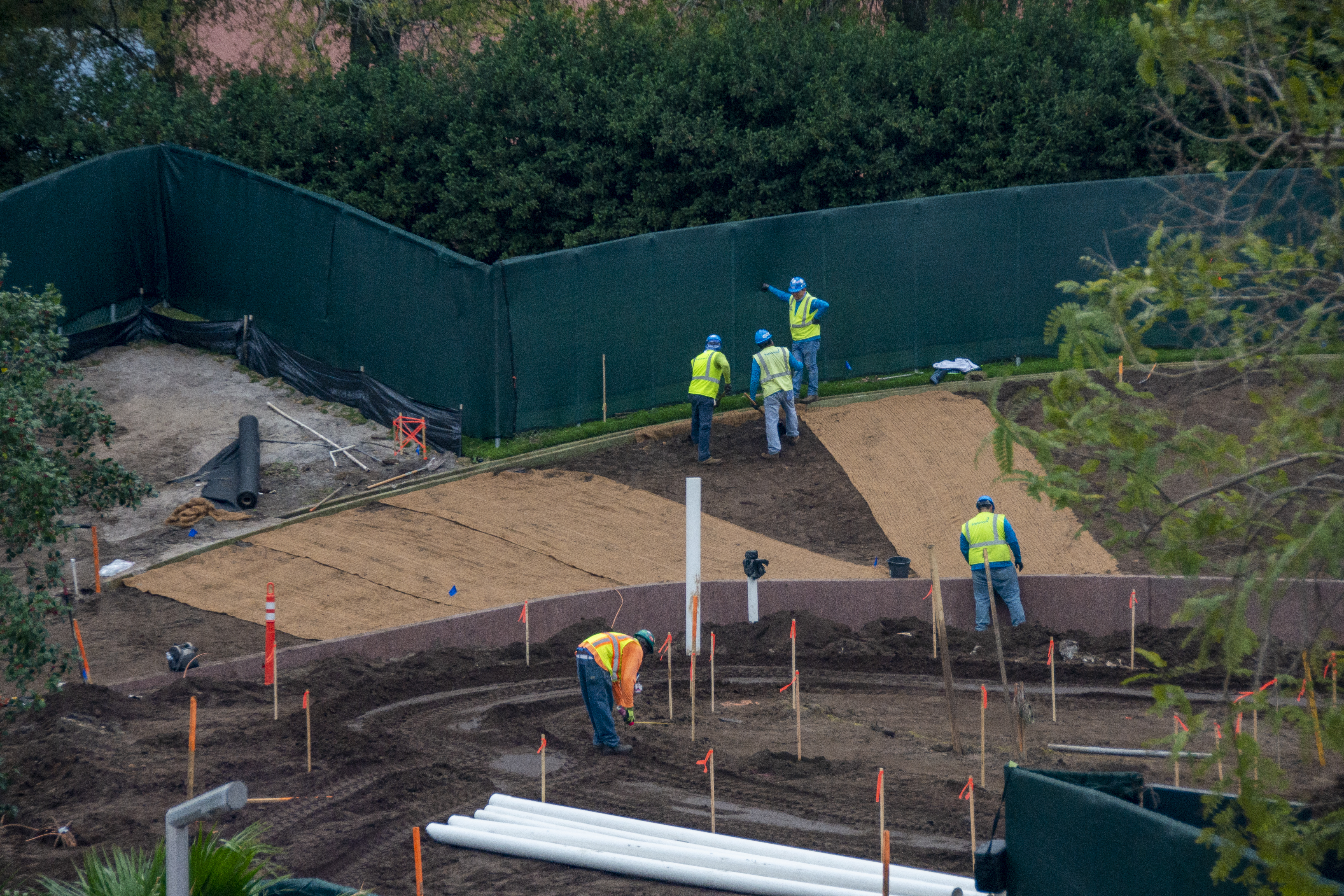 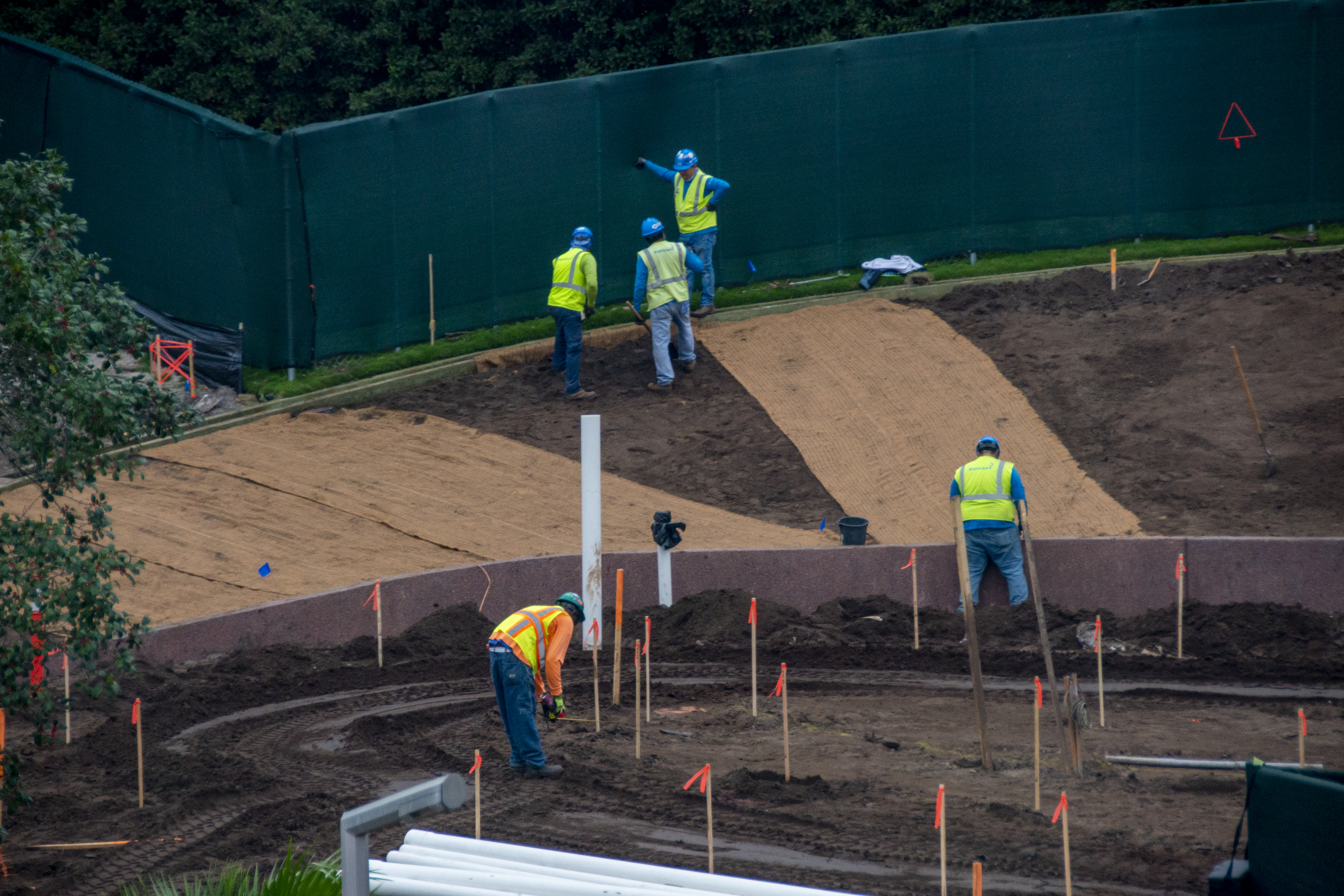 From above, the dirt behind the newly poured retaining wall was being prepped for new sod to be laid down. 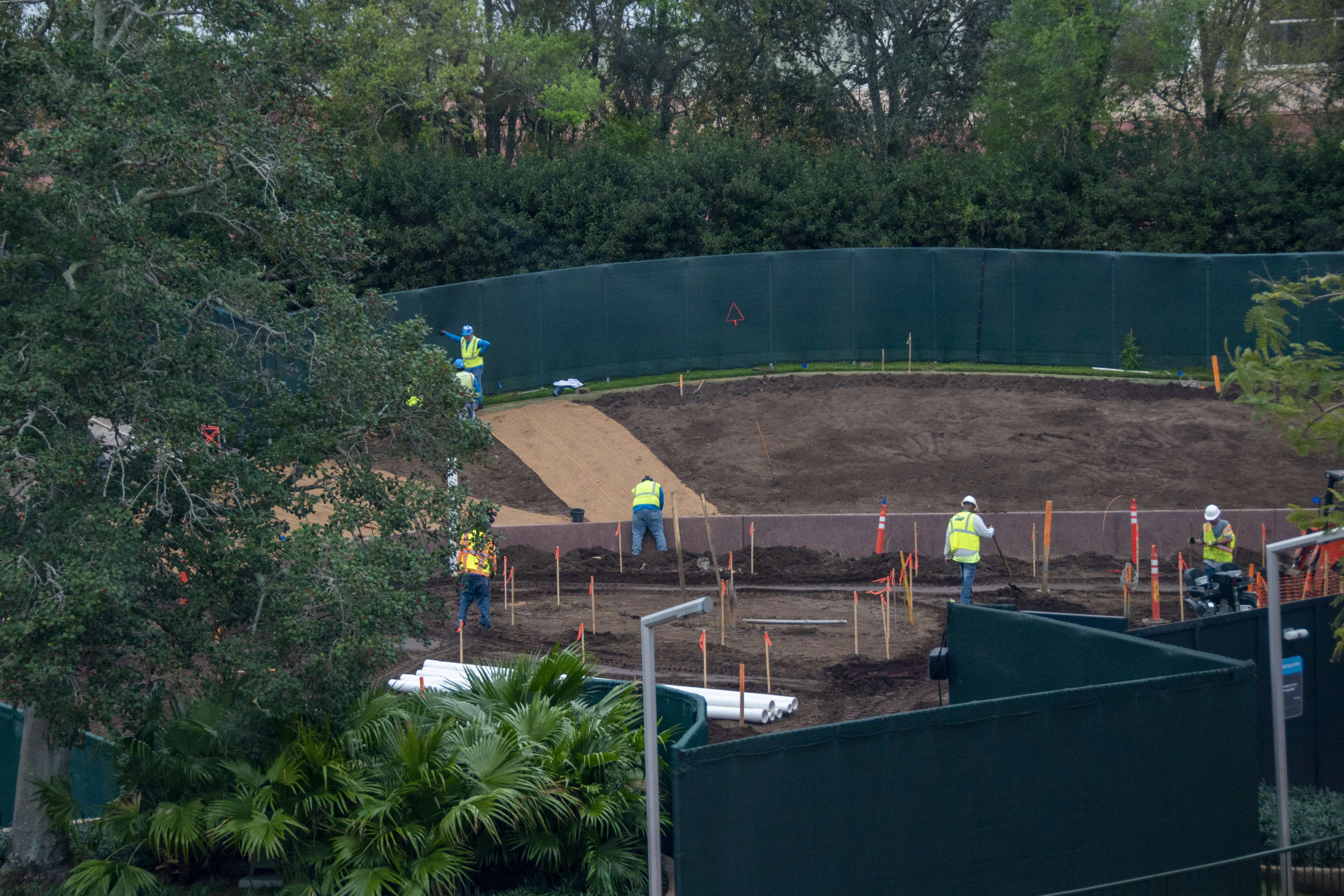 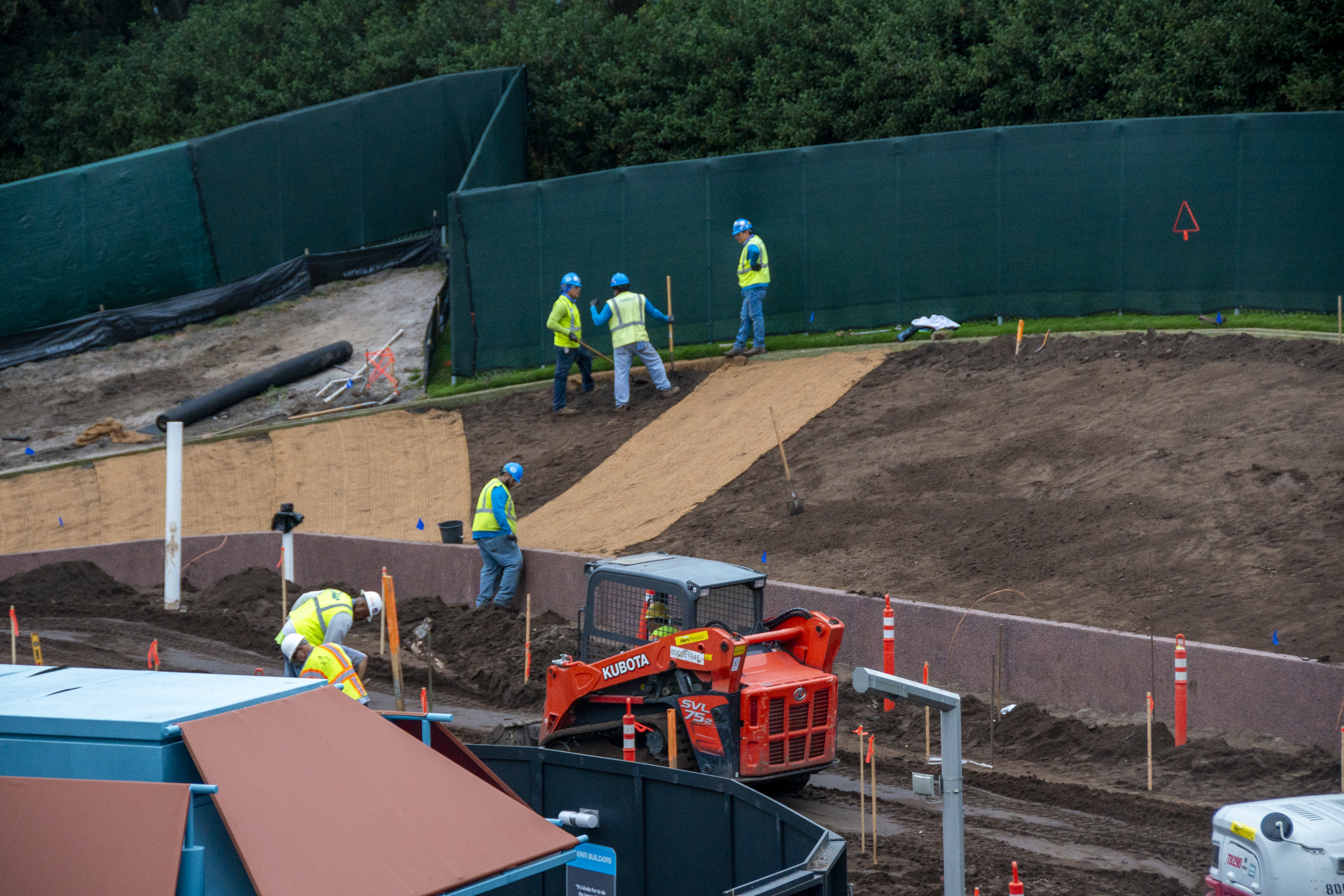 Meanwhile, heavy machinery continued to move dirt around the site. 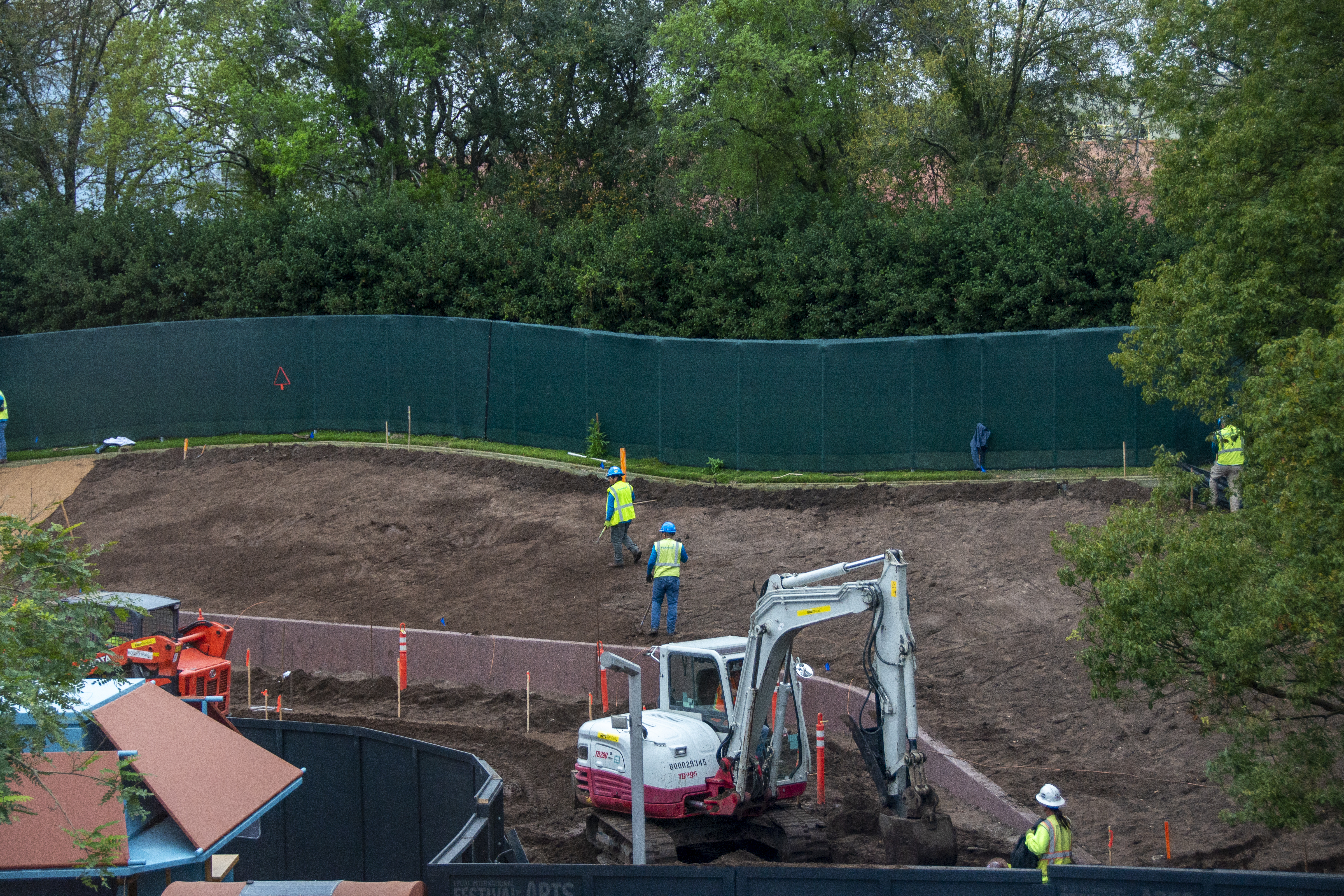 Several markers remain in place for potential pathway paving in the area.

Stay tuned to WDWNT as we keep you updated on this and other construction projects from around the Disney parks.