In Hollywood, makeovers are common. For Hollywood Land at Disney California Adventure, the same is true, and the staple sky backdrop is currently receiving a fresh coat of paint to freshen up the look of the area. Since we first reported on the project, scrim has been added to cover the scaffolding which currently stands at the end of Hollywood Boulevard. 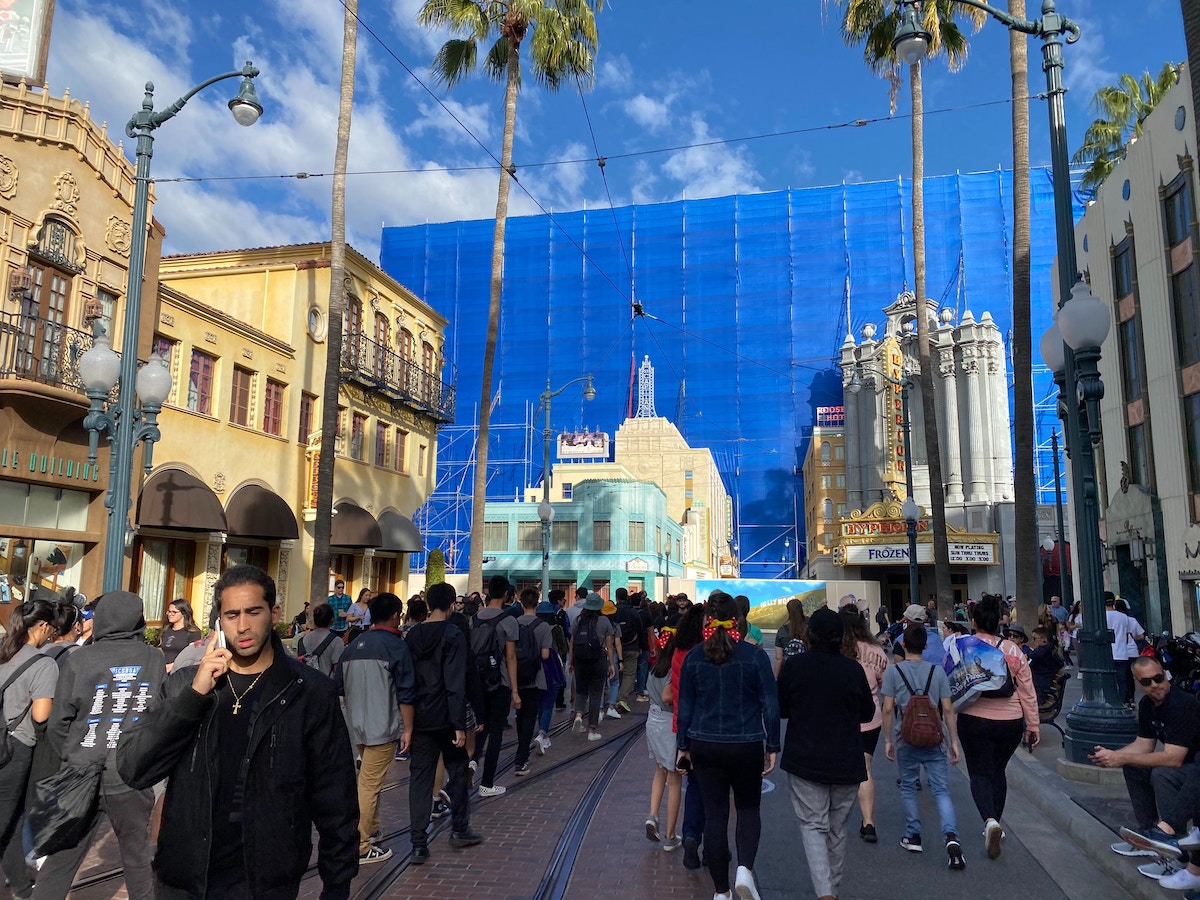 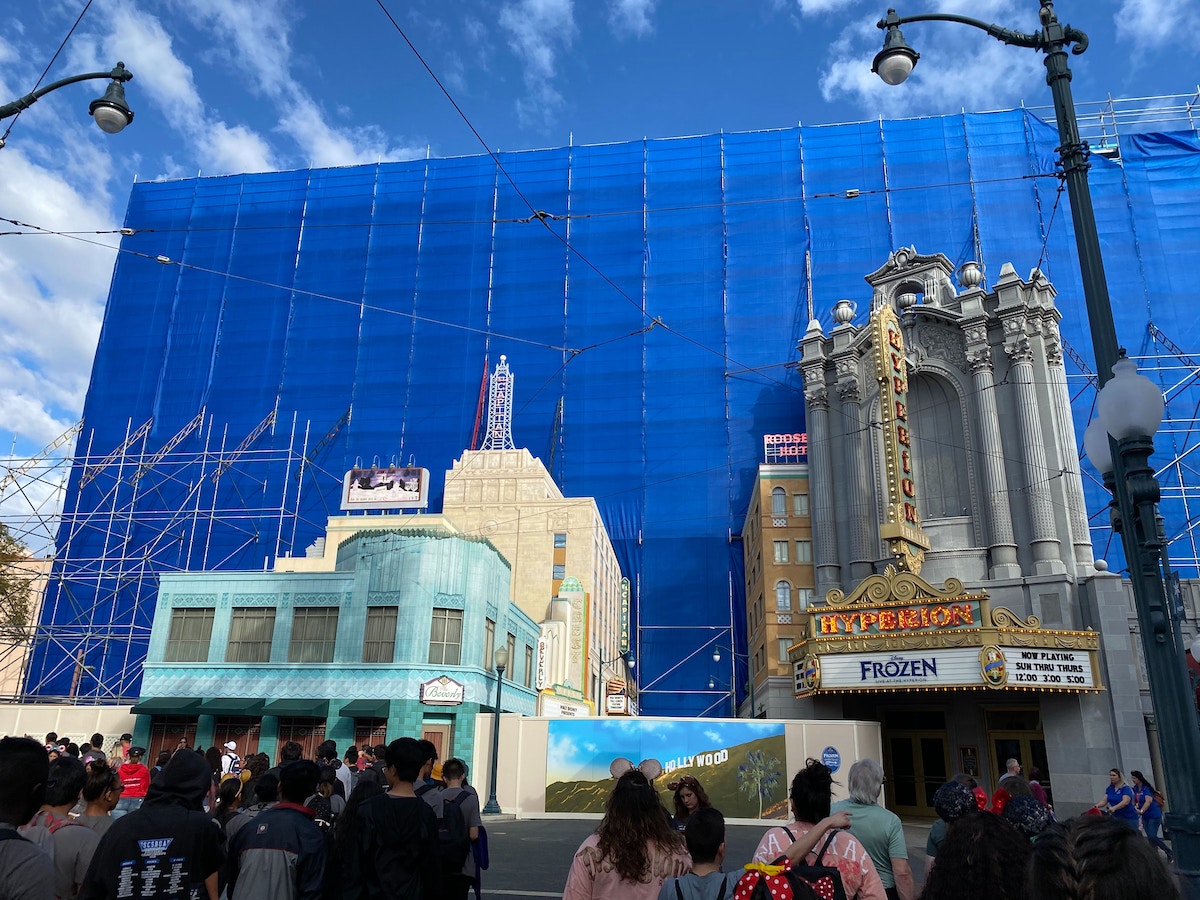 Earlier this week, scaffolding was erected to allow workers to repaint the signature backdrop. Now, blue scrim has been installed onto the scaffolding, creating a less distracting look for the land. 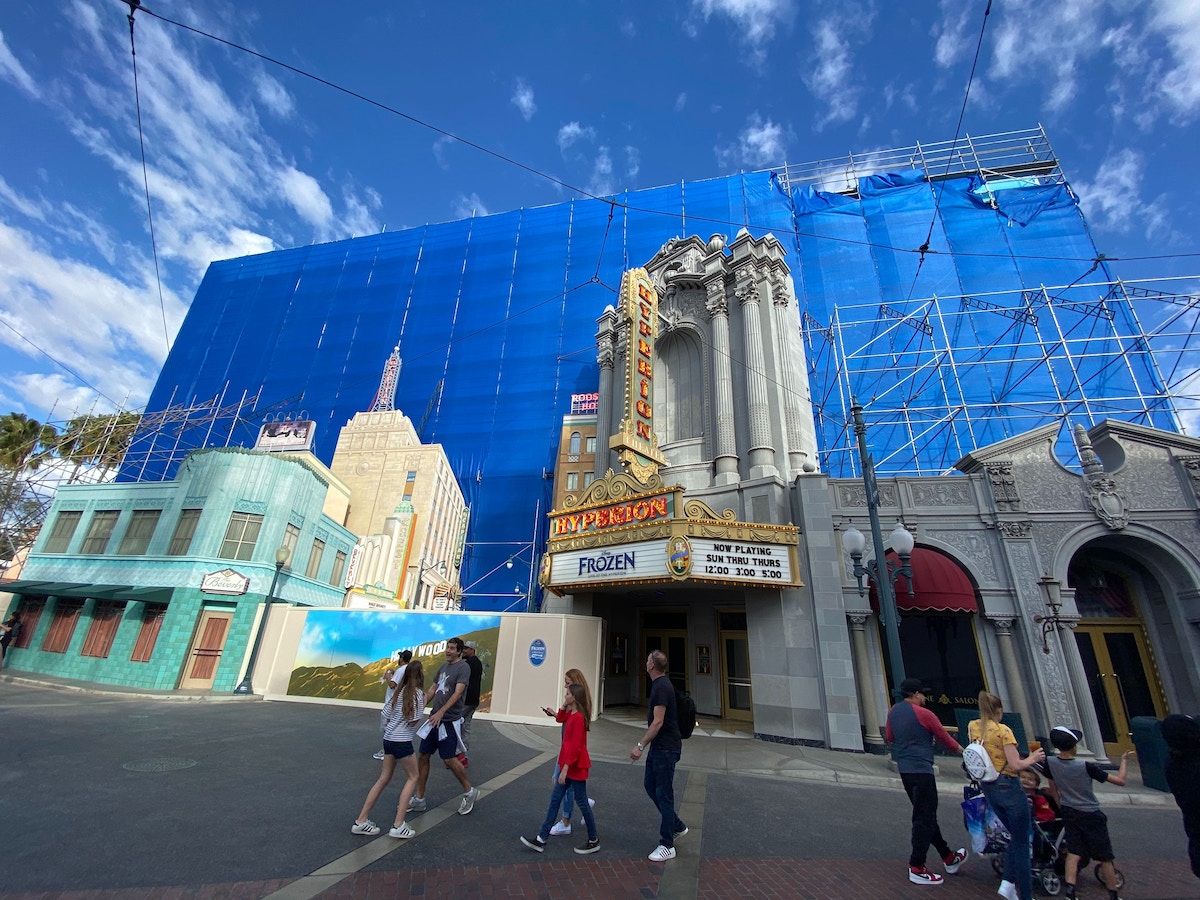 Though the scaffolding is hidden, the deep blue color is no substitute for the more natural look of the painted backdrop. 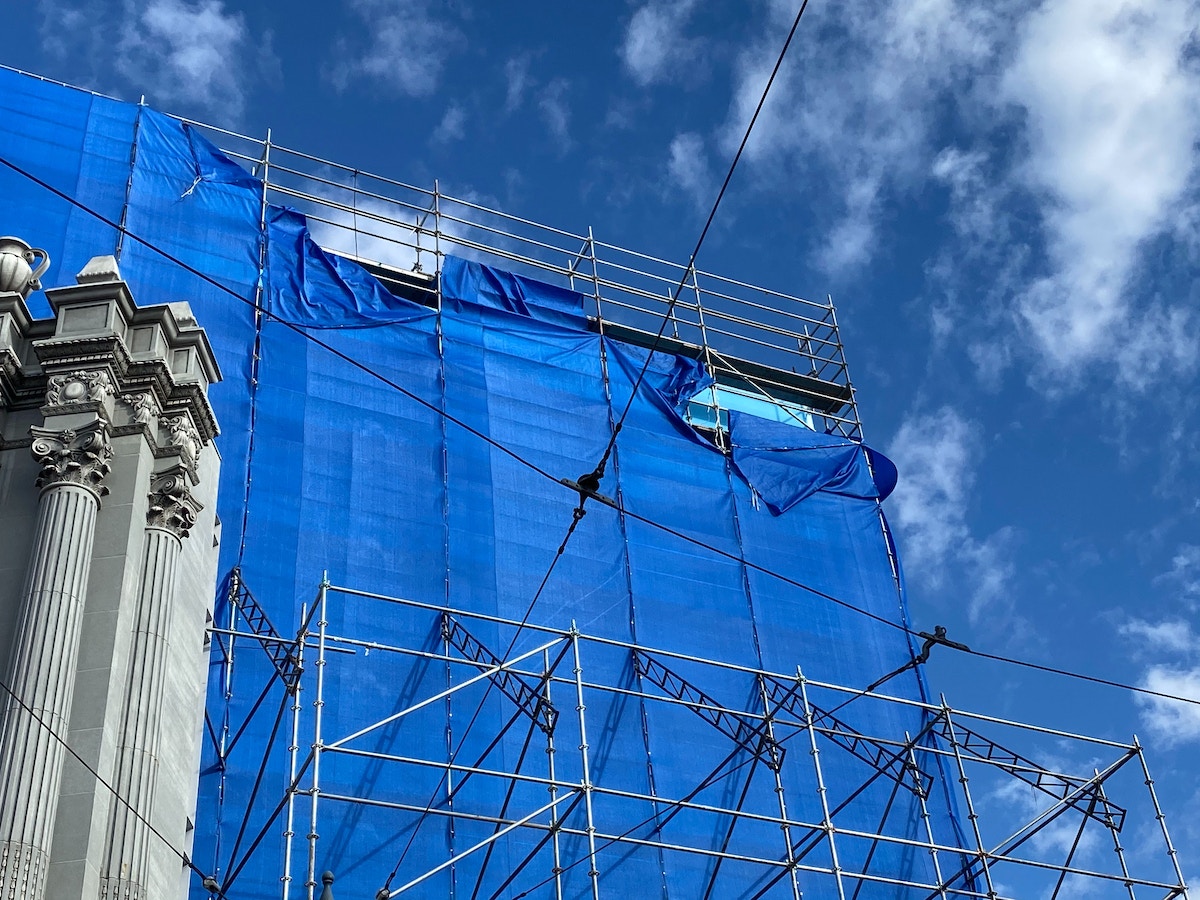 Nearly all of the scaffolds are covered with the scrim, however a small section at the top of the wall is not fully hidden just yet. 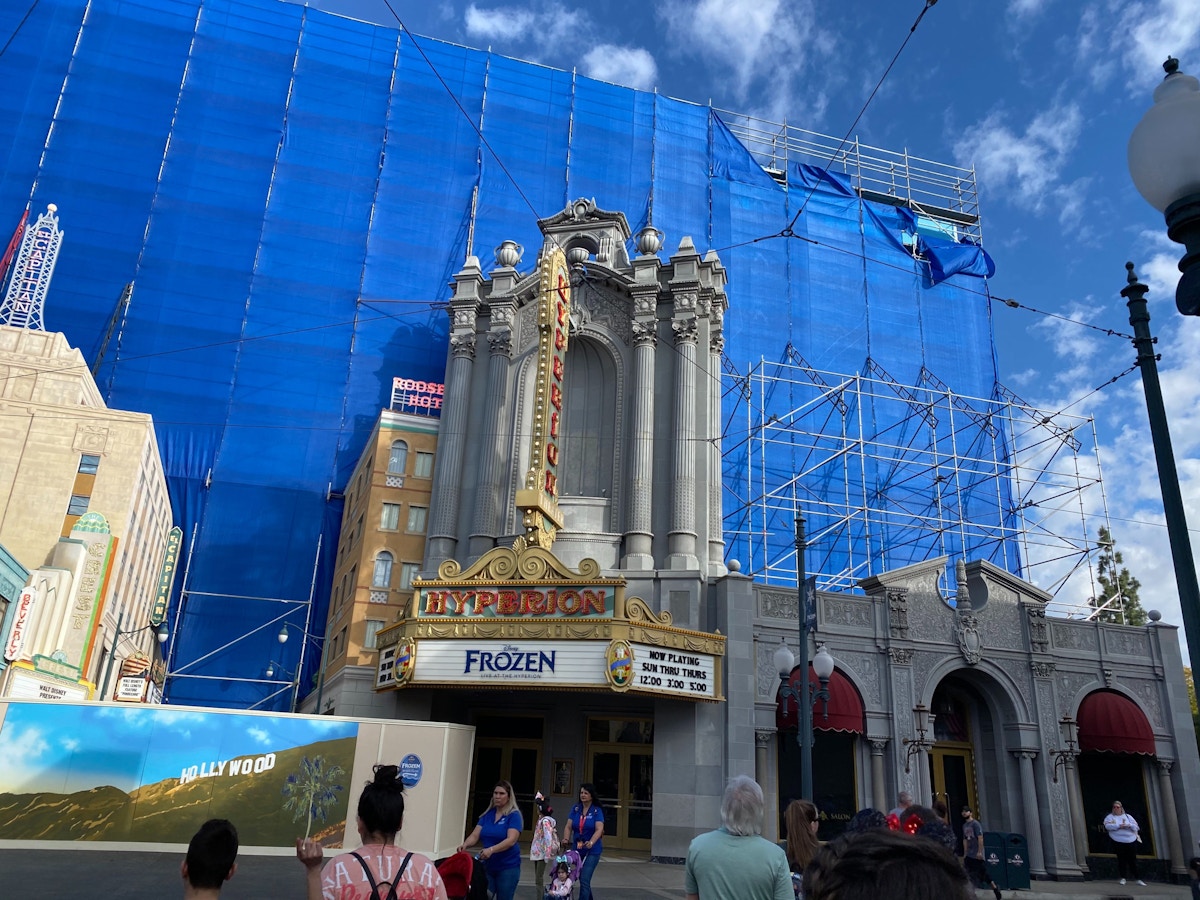 Some of the framework used to stabilize the taller scaffolding also remains visible in front of the newly installed blue panels. 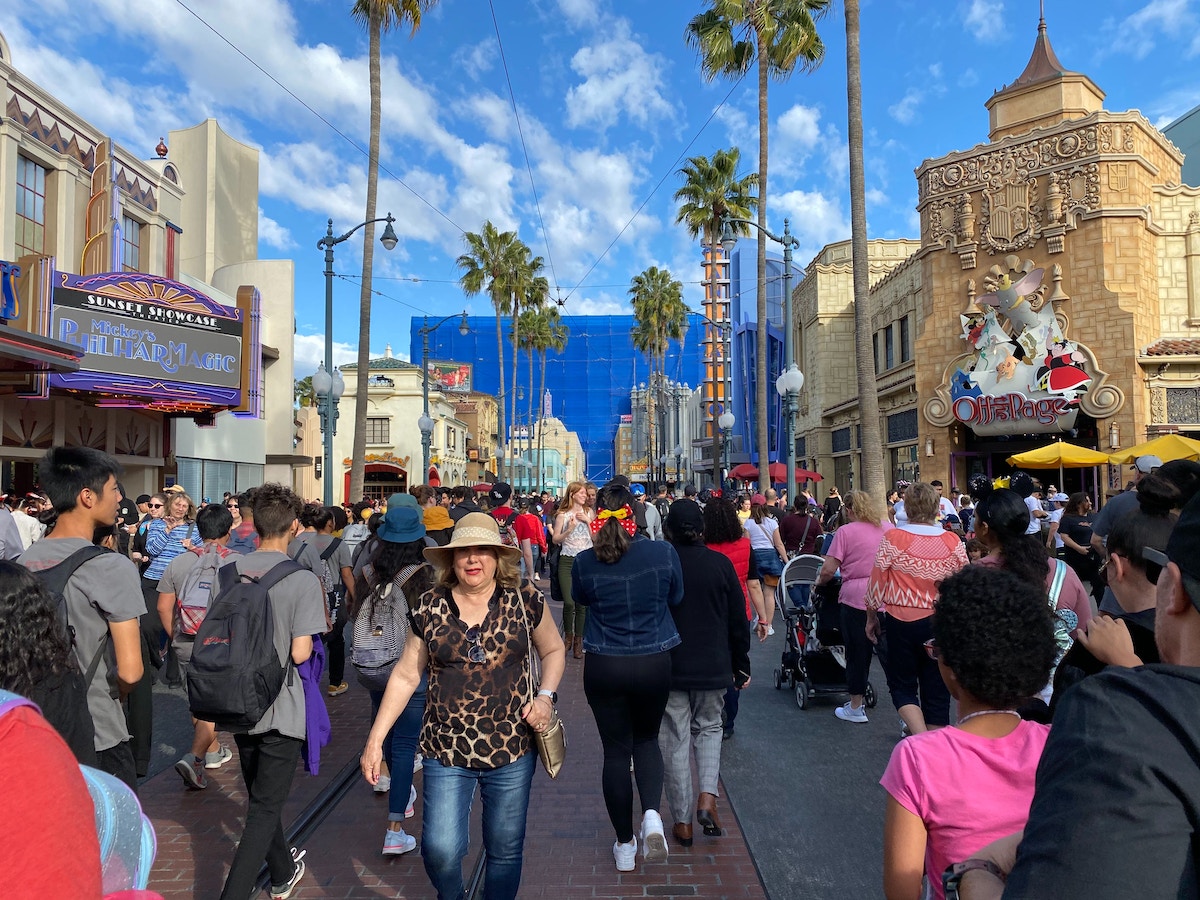 We’re hopeful this touch-up of the backdrop will be a relatively quick process, and the more natural blue sky mural we are used to seeing at the end of Hollywood Boulevard will return to its usual unobtrusive state.

Stay tuned to WDWNT and Disneyland News Today for ongoing updates on this project and everything new at the Disneyland Resort!