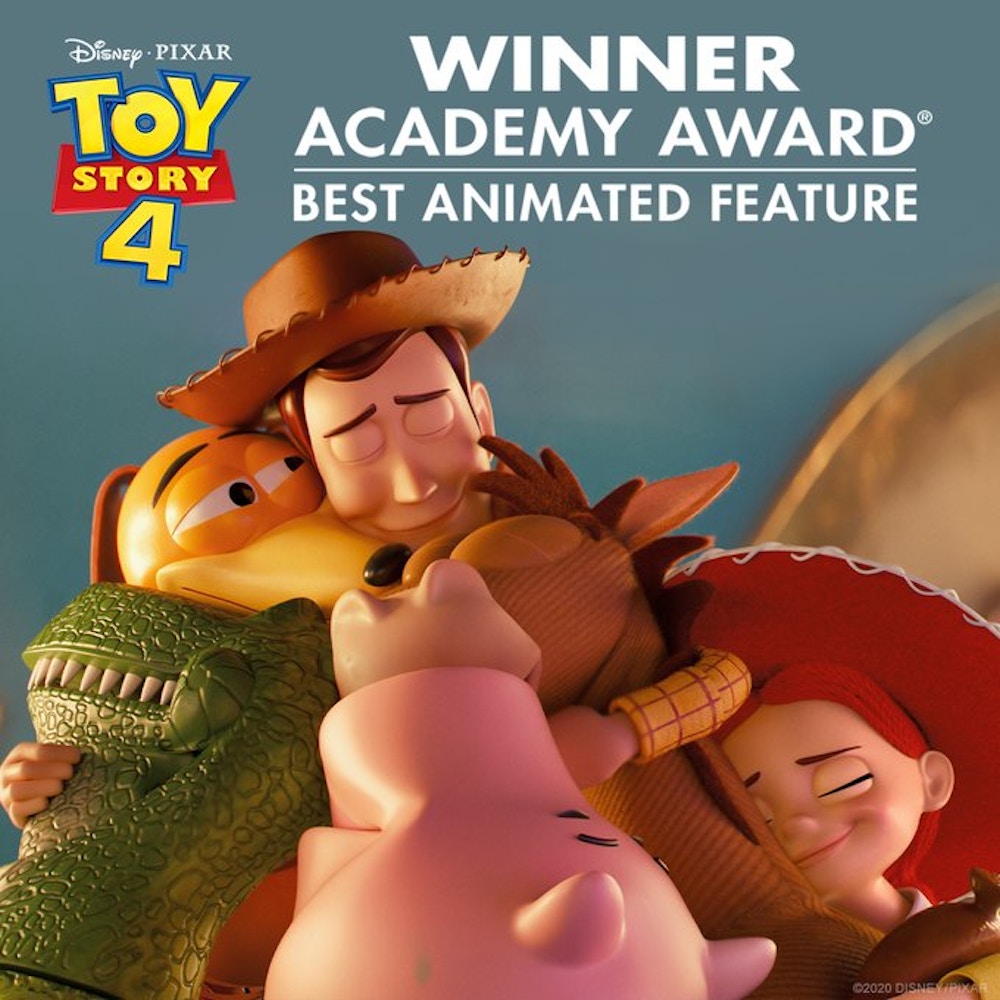 The fourth movie in the Toy Story franchise had to compete against the other Oscar contenders for Best Animated Feature, which included “How To Train Your Dragon: The Hidden World”, “I Lost My Body”, “Klaus” and “Missing Link”.

Disney congratulated Woody, Buzz and the gang on Twitter and shared a celebratory hug with the gang. 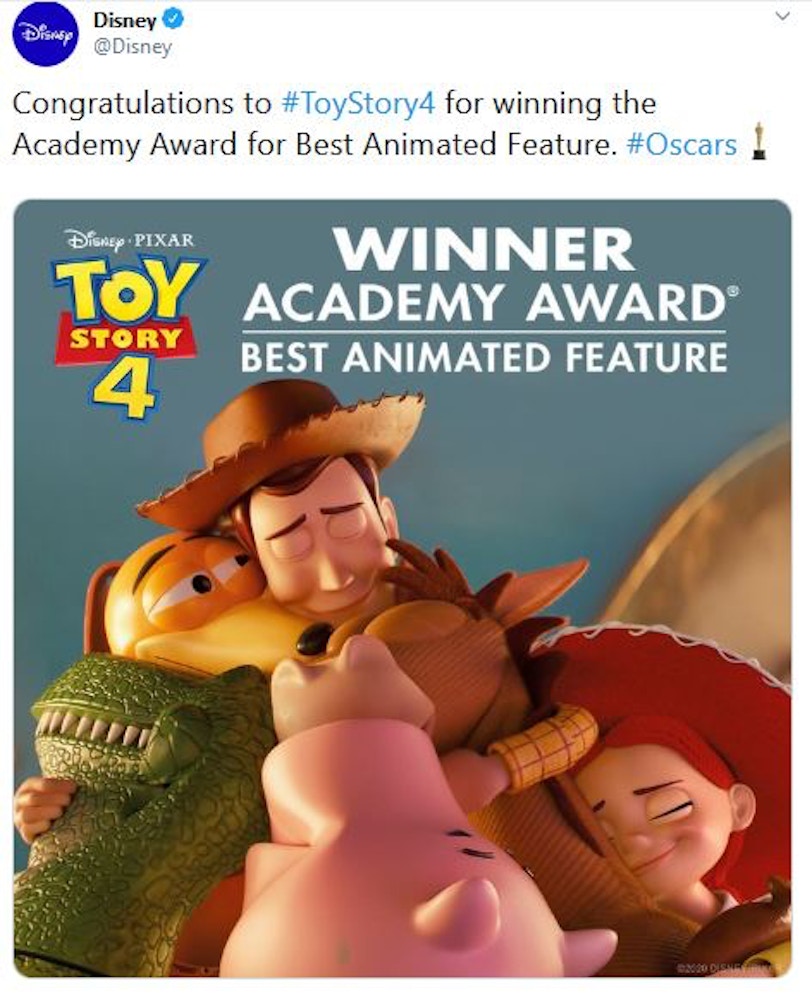