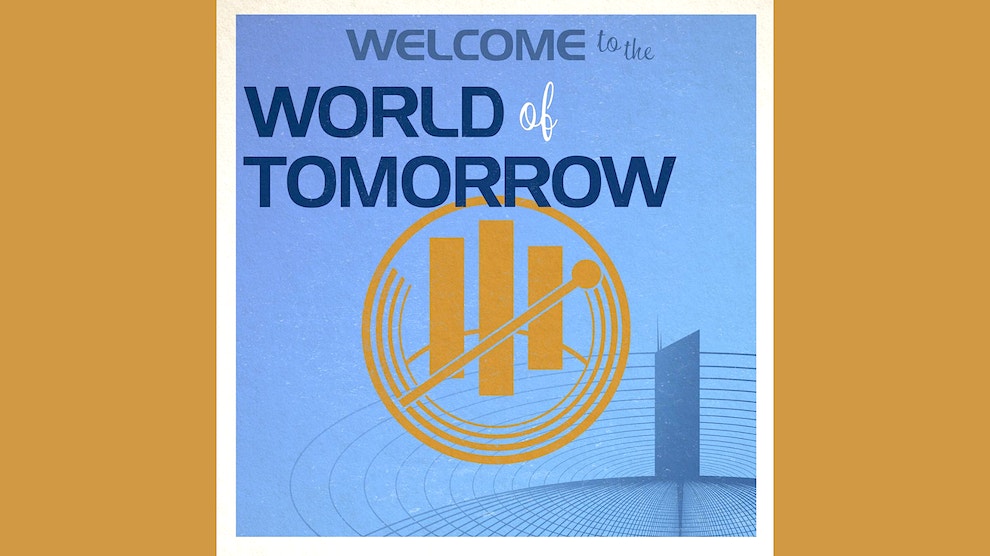 The first episode of a new audio series, titled “World of Tomorrow” from writer/director Benjamin Lancaster, known for “The Further Adventures of Walt’s Frozen Head”, (@waltsfrzenhead), dropped earlier this month. The description of the series imagines a future where the Experimental Prototype City of the Future was actually built.

“Imagine that west of Kissimmee, a mile or so north of the border between Osceola and Orange county, there’s a city called Progress. In this domed metropolis, fifty thousand temporary residents selected from the pinnacle of American Industry live and work. It’s truly an Experimental Prototype City Of the Future.”

The series, which is available on all major podcasting platforms, including Apple Podcast, Google Play, Stitcher, Spotify, and more, and also on YouTube, follows the life of Tim E. Less. A self-styled private eye, Tim E. Less (do you get it?) is on a search to uncover who killed one of Progress City’s most prominent citizens. With a podcast, the typical style is casual talking or long form storytelling, and this will be the latter.

“We had a hard time deciding exactly what to call it,” said Benjamin Lancaster, creator and showrunner. “When people think of podcast, they imagine a few guys sitting around talking about movies. This is something different. It’s an audio drama, but one that is going to work more like TV. You’ll have to tune in each week to get the next chapter.”

According to Lancaster, the project has become quite the large-scale operation. Currently 20 people are involved with the show’s production.

“Currently, five 30 to 45 minute chapters in the series’ first adventure “Murder in Progress” have been recorded and will be released over the next several months. Lancaster is currently writing the second set of episodes, which will follow the same format.”

For fans of the original, The Further Adventures of Walt’s Frozen Head, some of those actors will be returning including Ron Schneider who played Walt Disney’s frozen head. The series lead of Tim E. Less will be played by Brian Ballace, and Callie Willis will play the female protagonist Eve R. Moore. Other cast members include John Saccheri, known by his YouTube handle BigFatPanda; How Bowers, one quarter of the Retro Walt Disney World podcast; and Jerry Skids, creator and host of Mouse Rants.