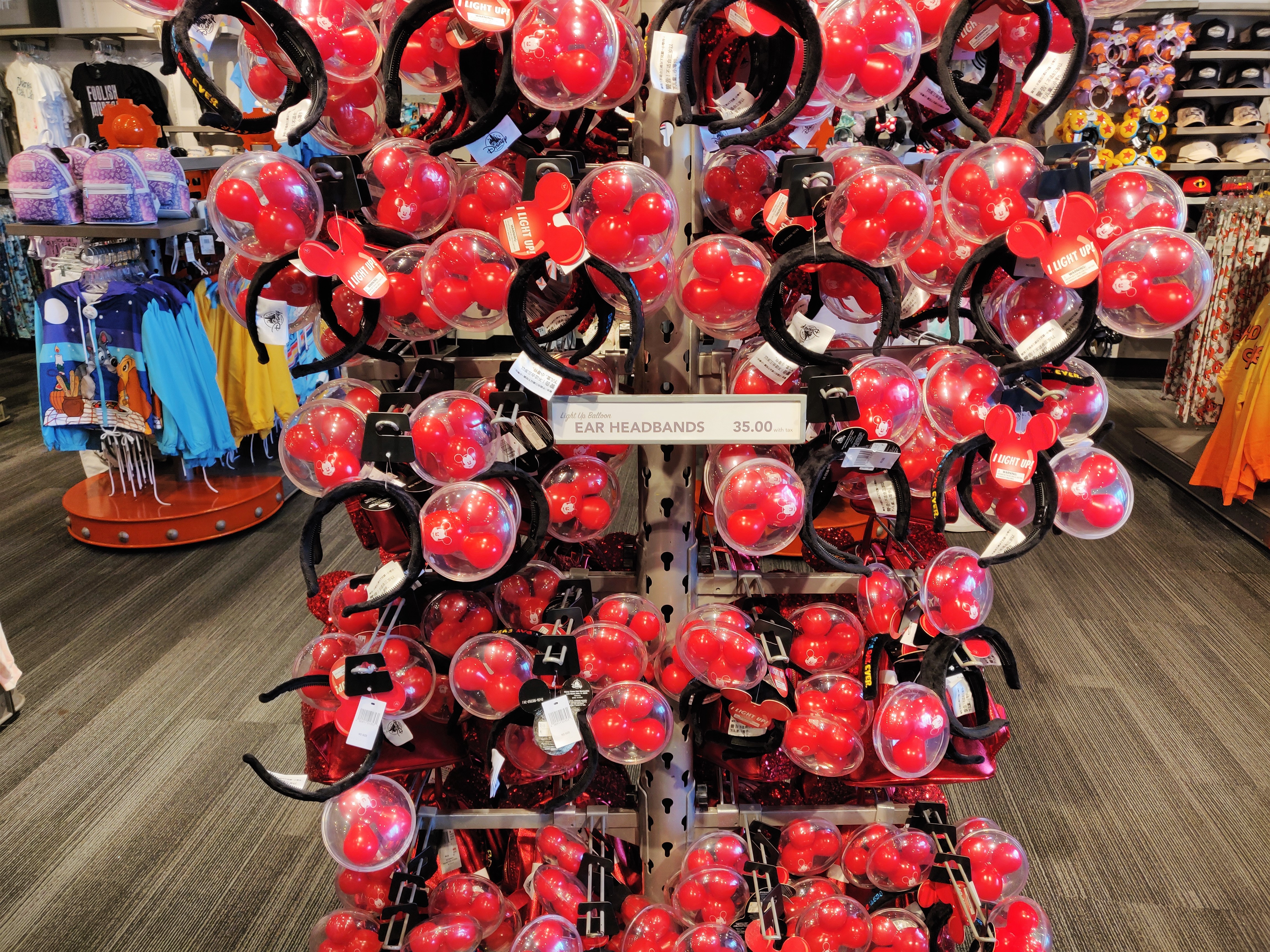 Hei hei (Norwegian for hello) from EPCOT! It’s a lovely winter day at Walt Disney World as cool temperatures and sunshine abound. EPCOT also has construction in abundance, but we’ve gathered up photos covering updates from all elements of the park. 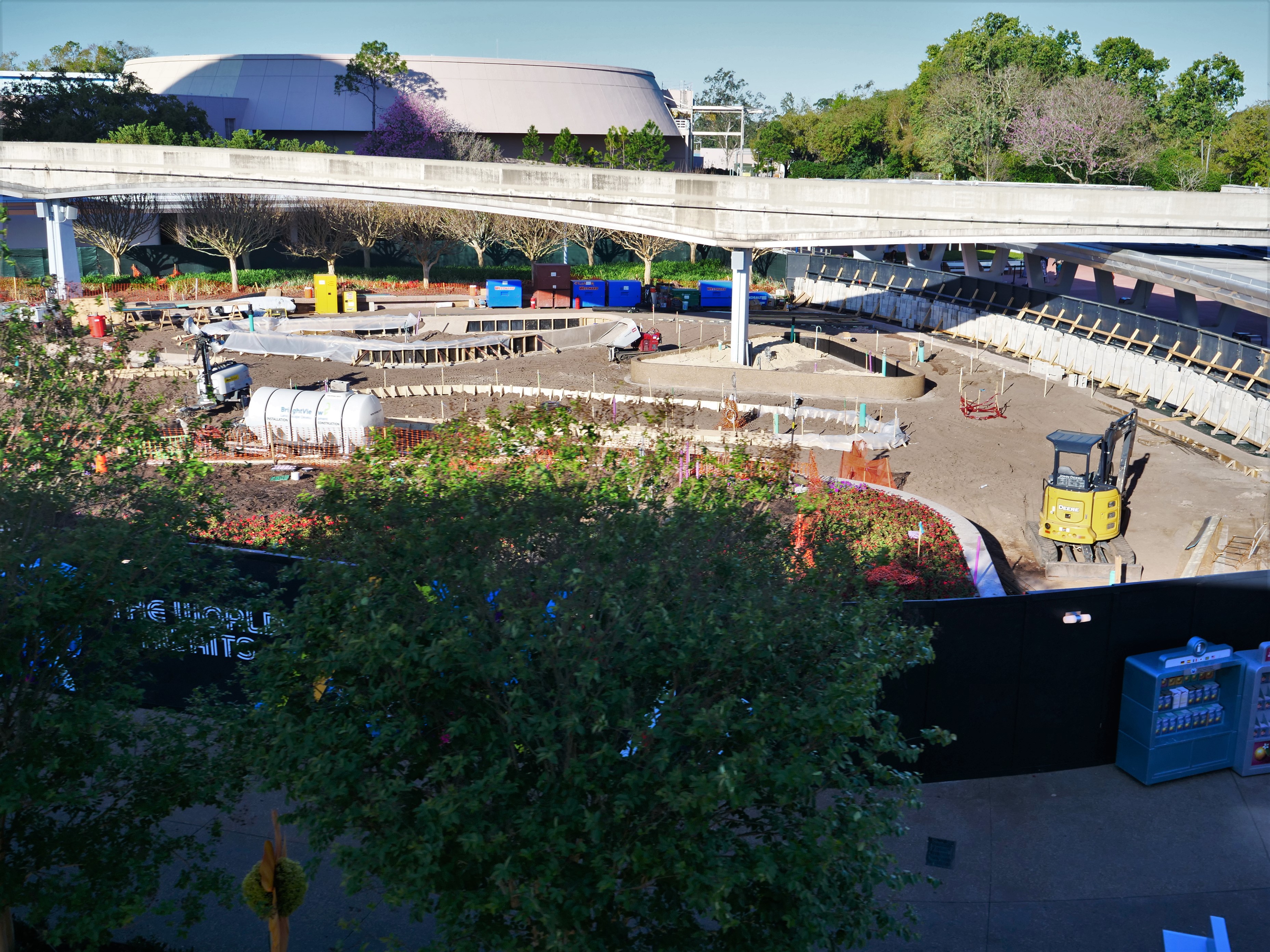 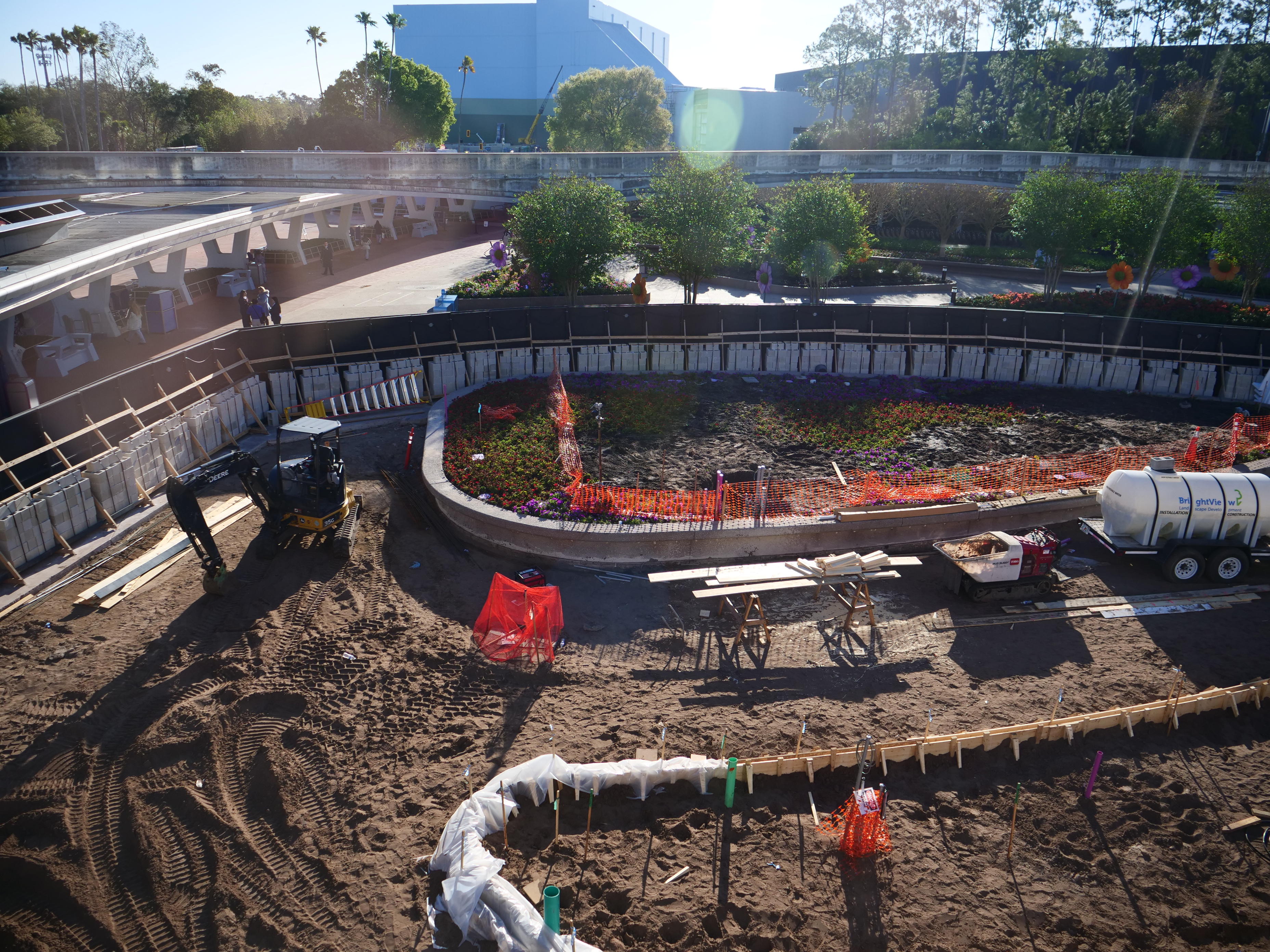 Yes, we did say not everything will be construction, but that is pretty much all you’ll see when first entering the park. On the bright side, progress is being made – new planters are being created in this area, such as the one around the monorail beam post which was poured in just the last few days. 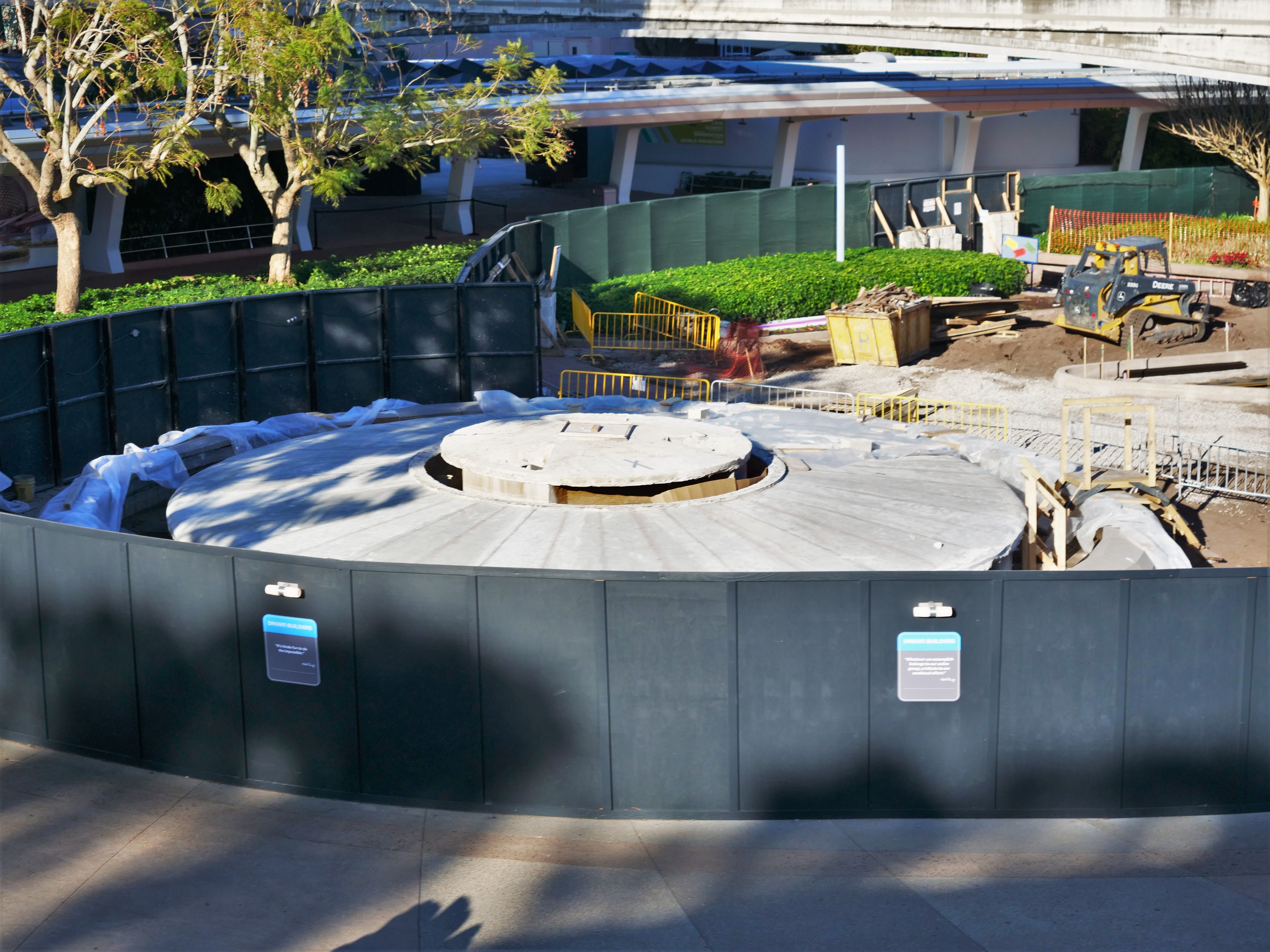 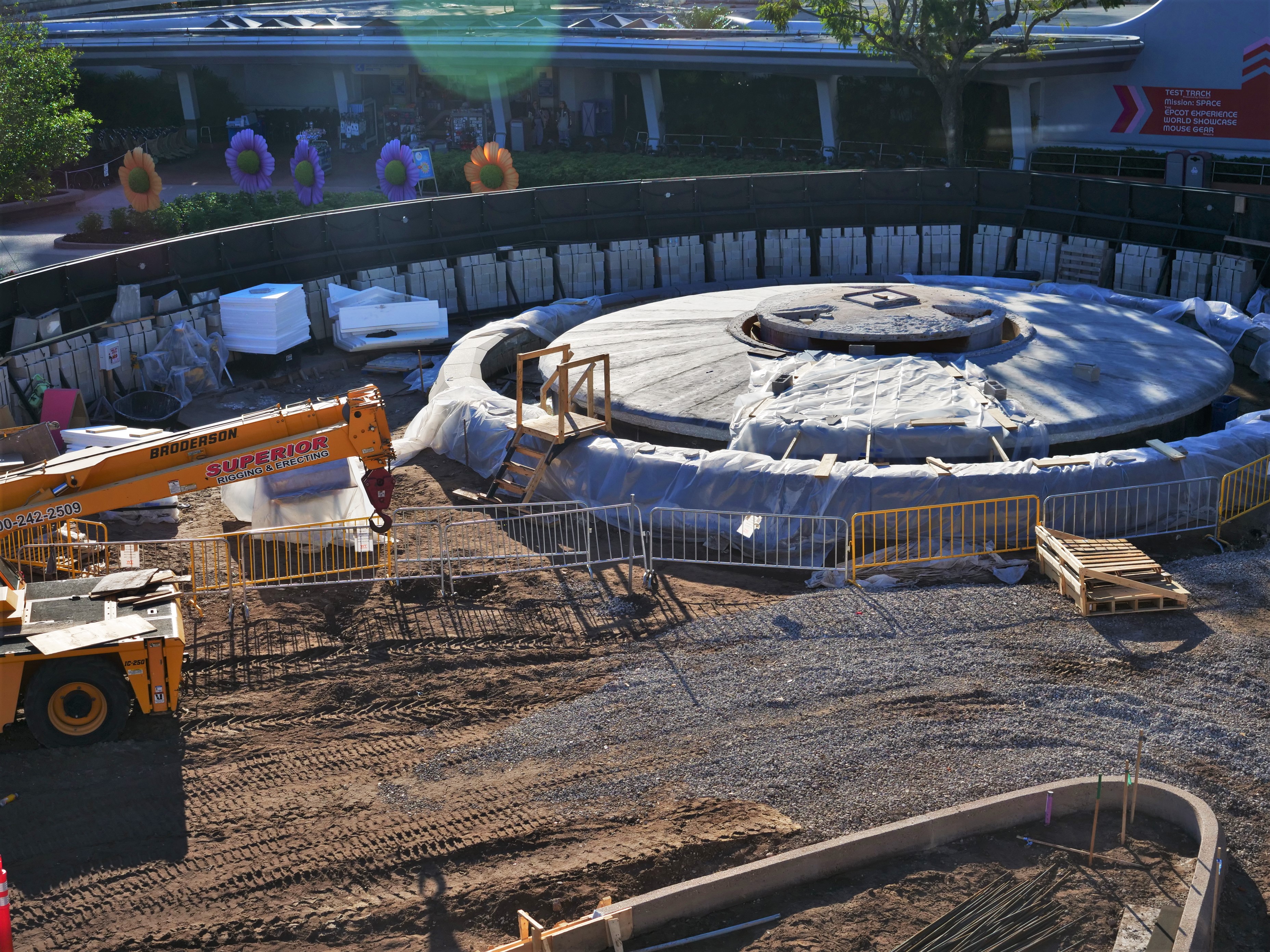 Work continues on the fountain as well, though since some accent pieces were added to the base earlier in the week, there hasn’t been much visible progress. 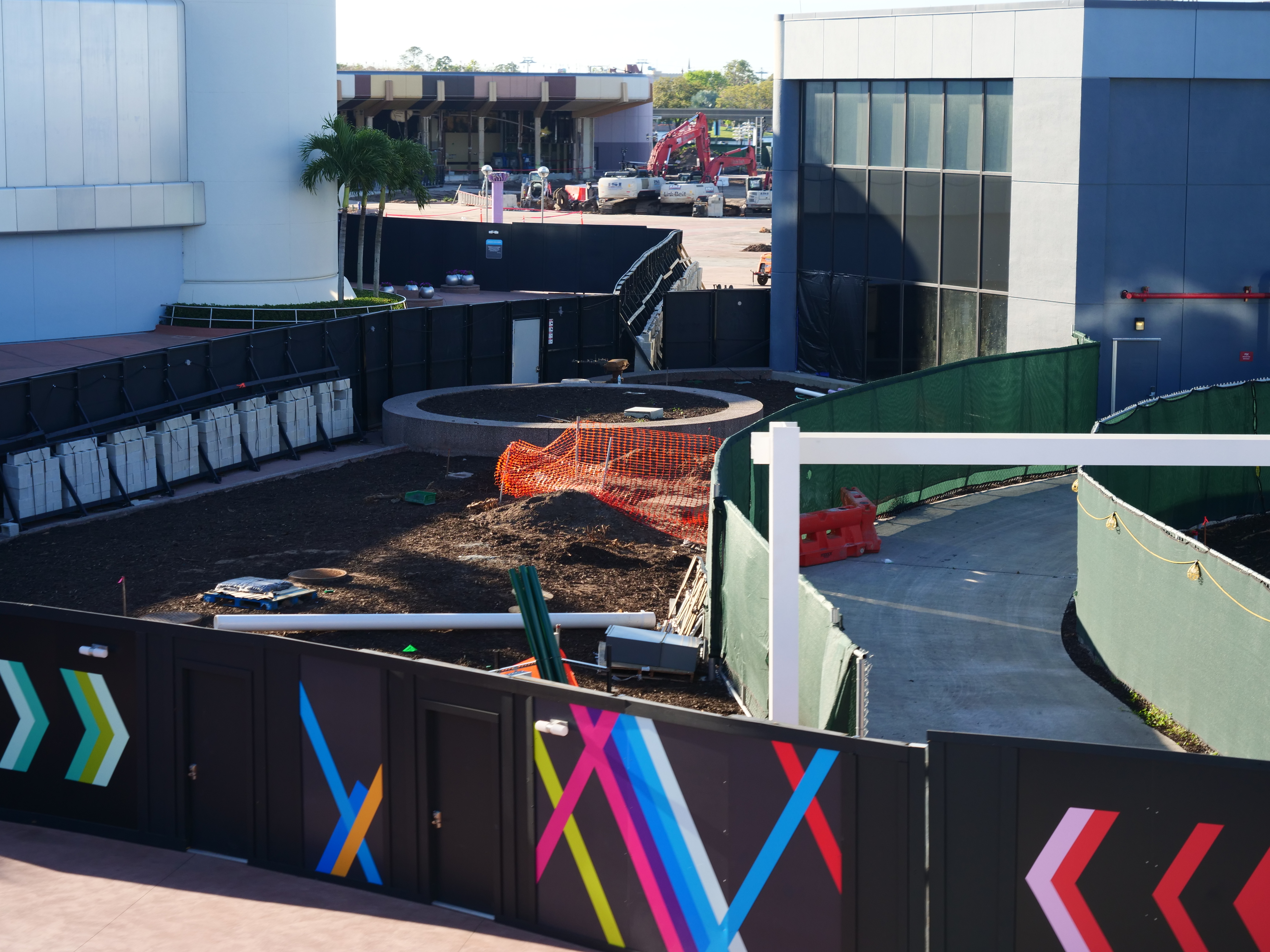 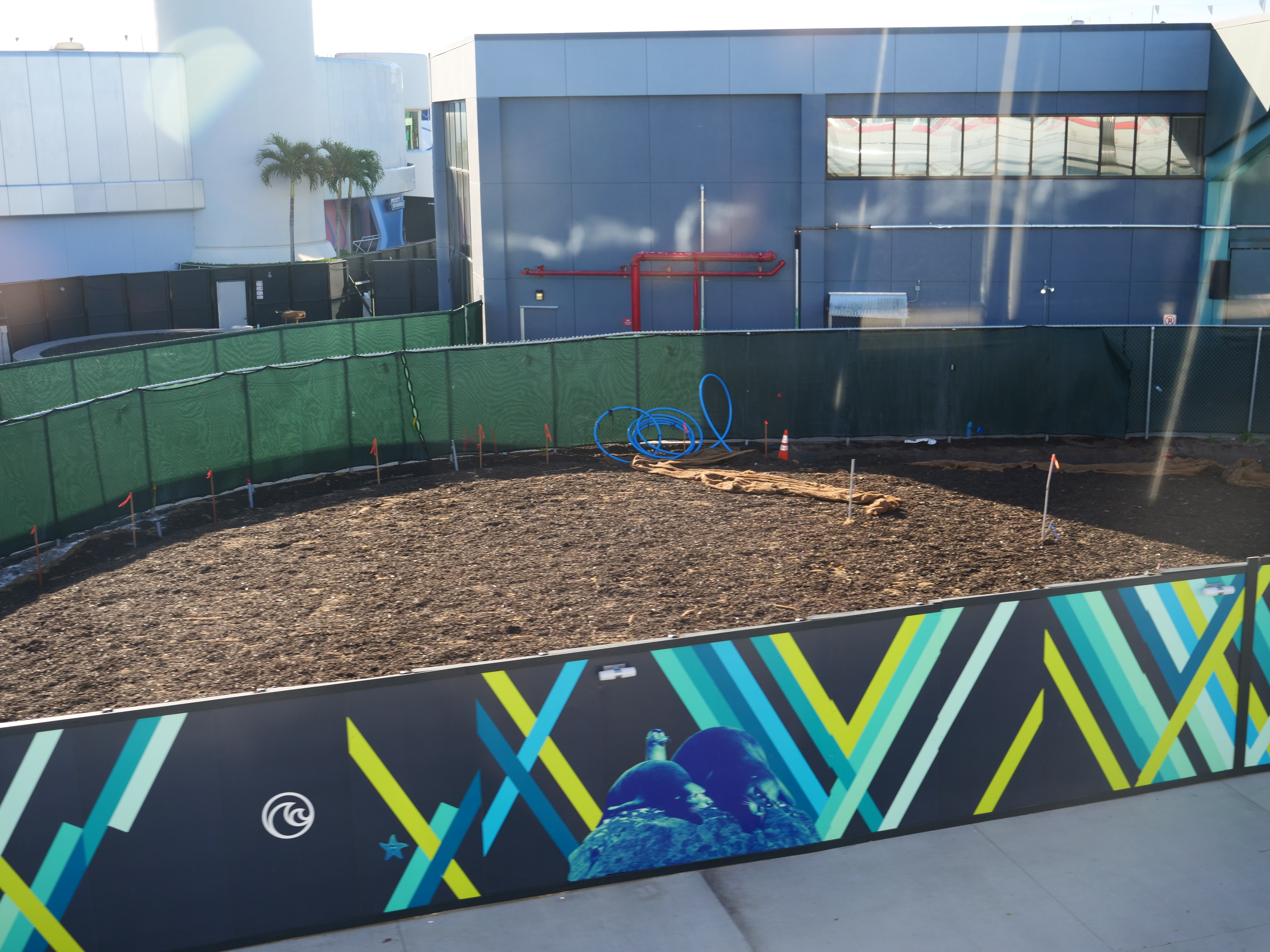 Further back, on the west side of Spaceship Earth, ground has been mostly cleared and a couple small elements installed (such as a round planter). 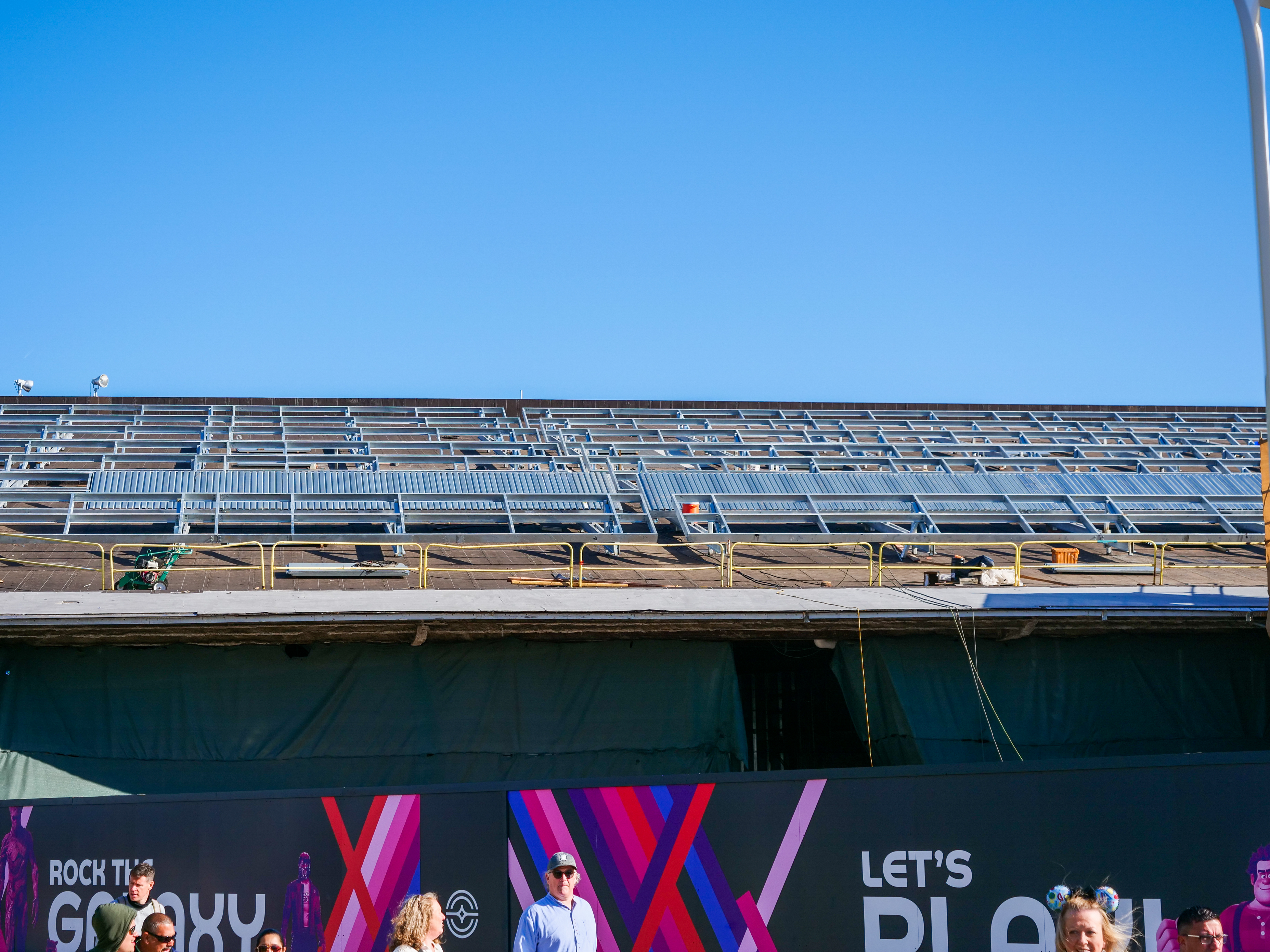 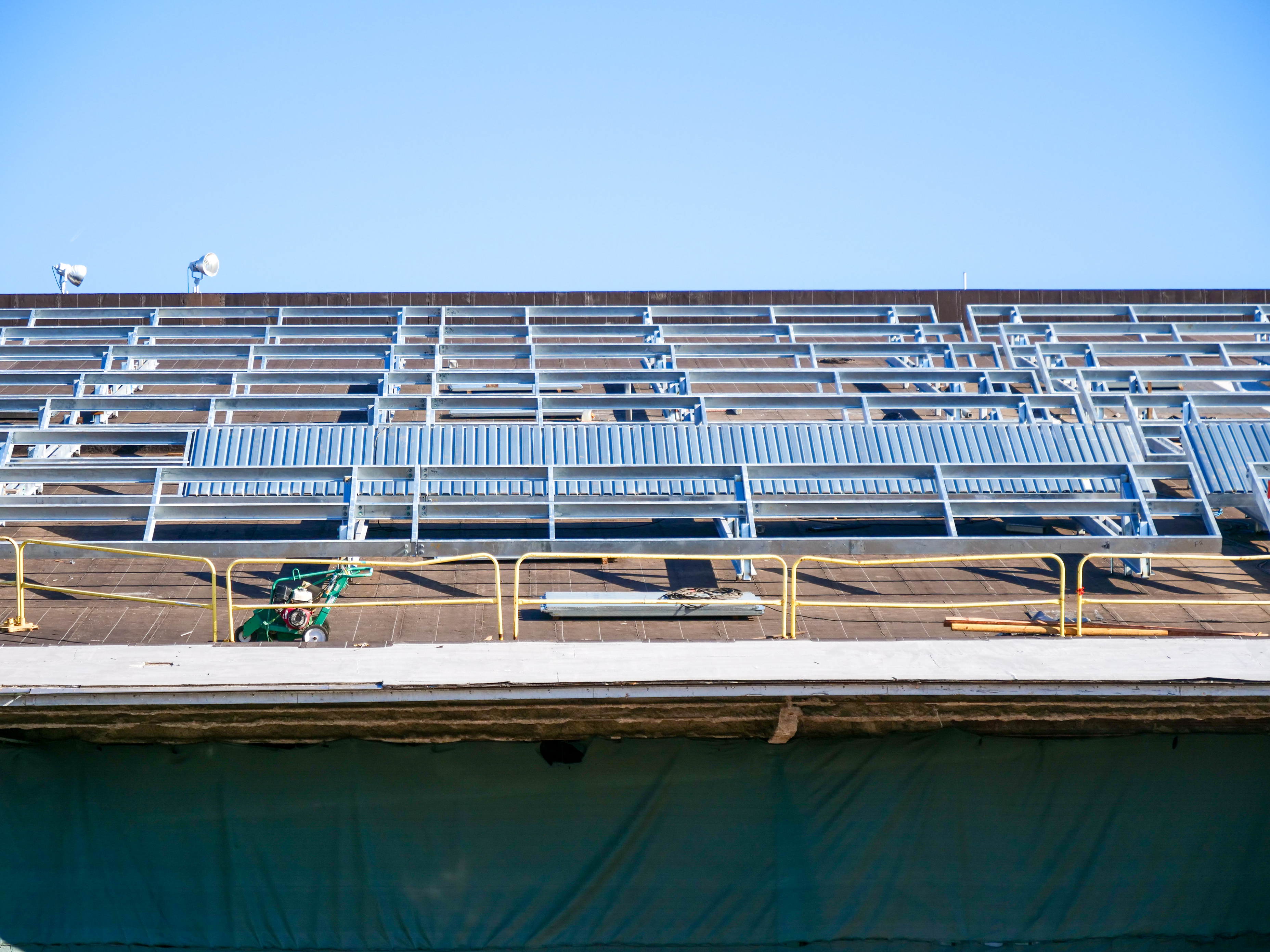 To the east, Guardians of the Galaxy: Cosmic Rewind has had additional panels added to these frames on the roof. While these are not the solar panels themselves, these could be the precursor to the installation of those panels. 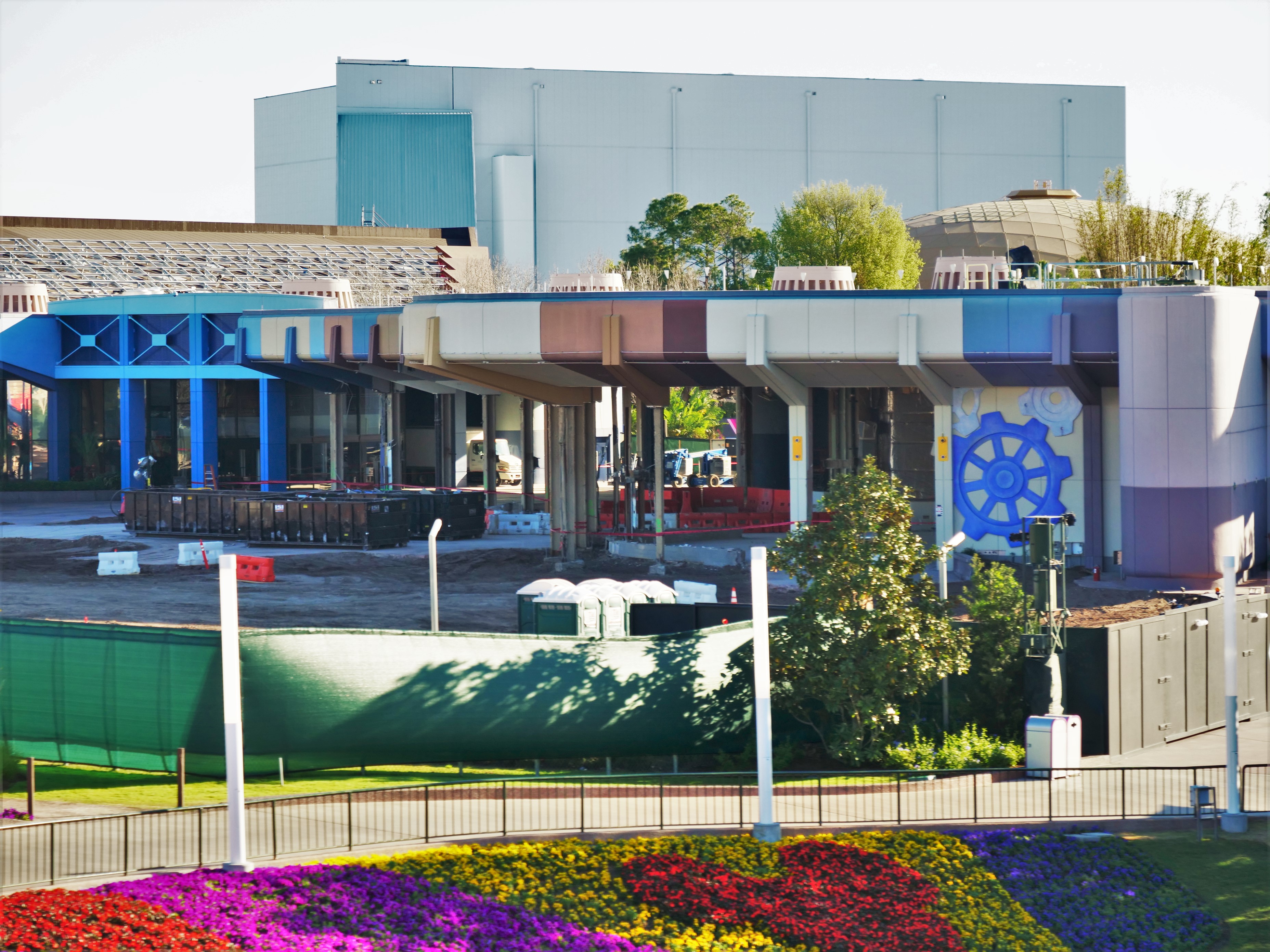 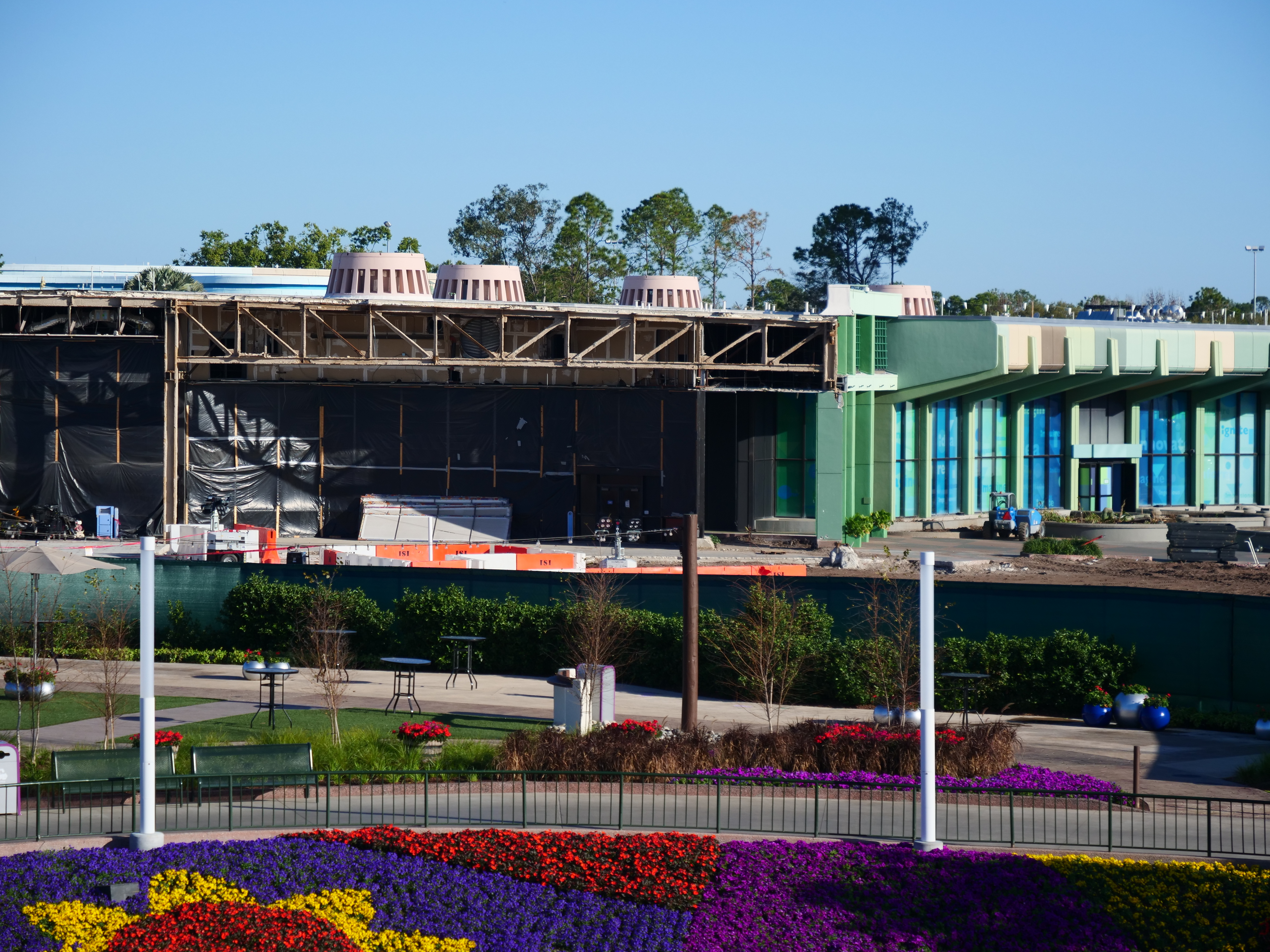 Future World Central, for all of its demolition, actually seems a bit clean and calm. With so little remaining in the area, we’d dare say this area is a bit quaint. 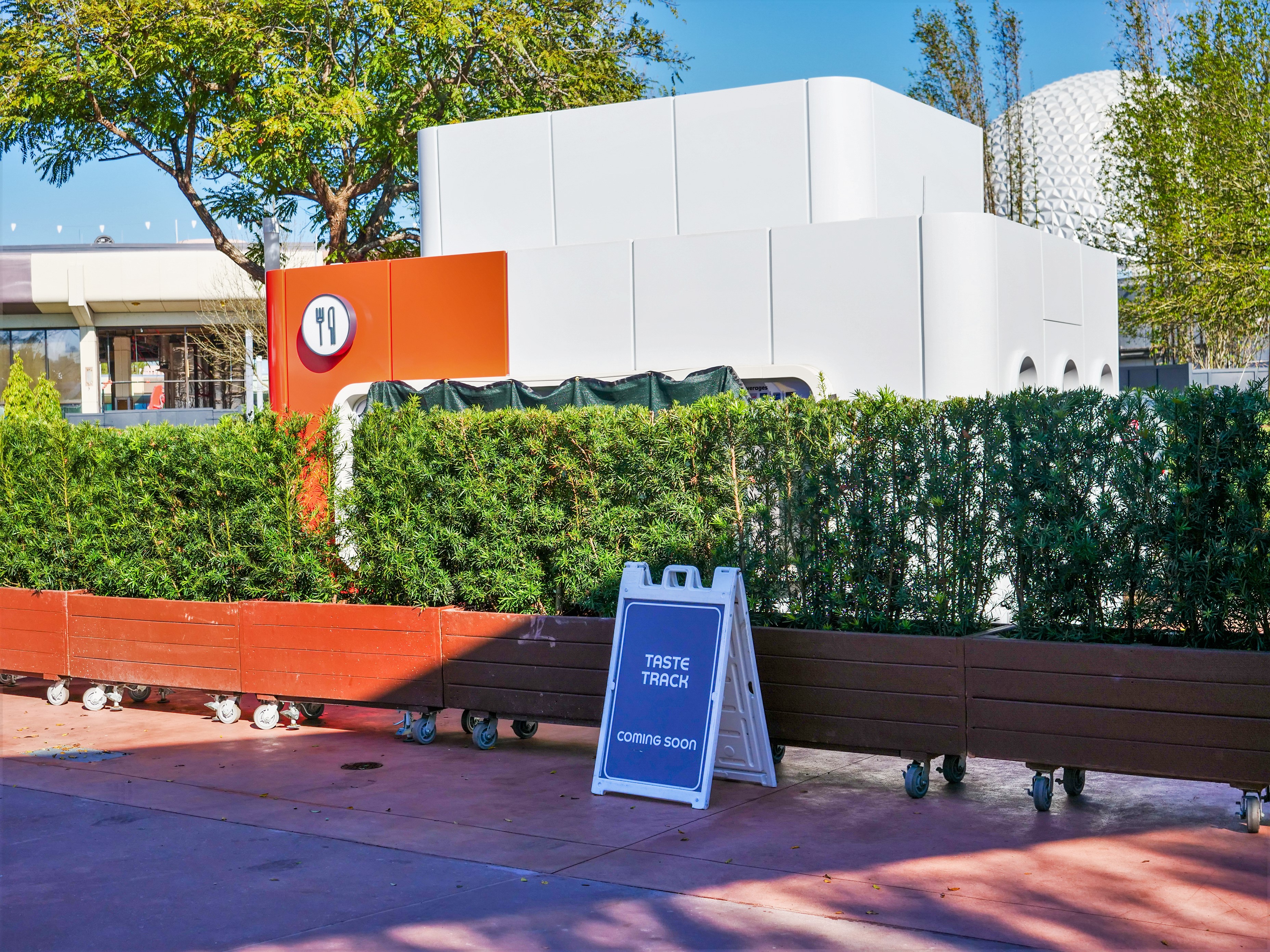 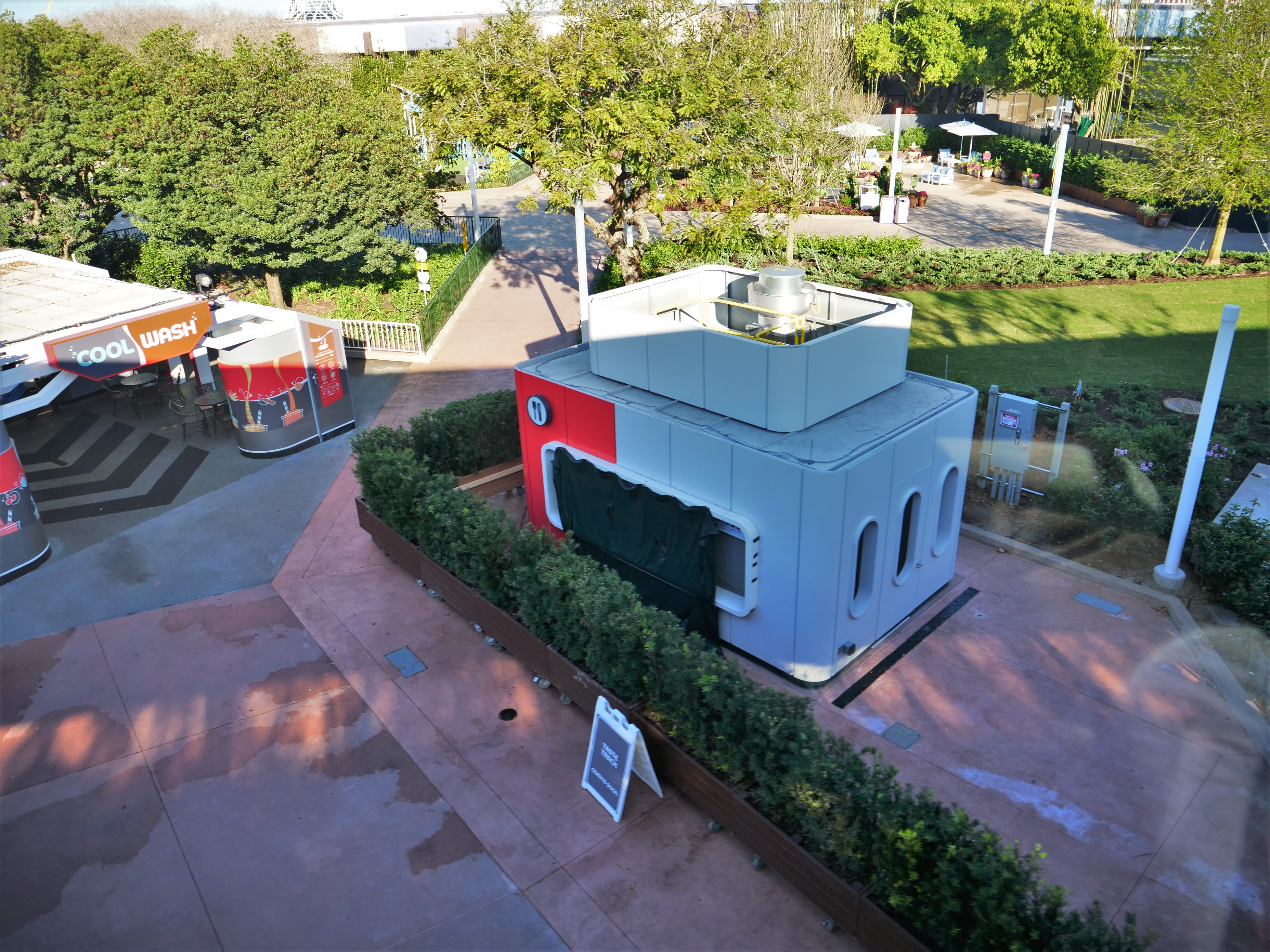 One construction project that seems to have been complete for several days now is Taste Track. Normally when walls are removed, the building that the walls were hiding opens for business the next day, or shortly thereafter. That has not been the case for Taste Track, which has been hidden only by rolling shrubs for about a week.

Let’s step away from construction for a minute and talk balloons. These Mickey Balloon Ear Headbands, which we first discovered at Walt Disney World only two days ago, are now available at MouseGear. They must be expecting them to sell well, because they are very well stocked. 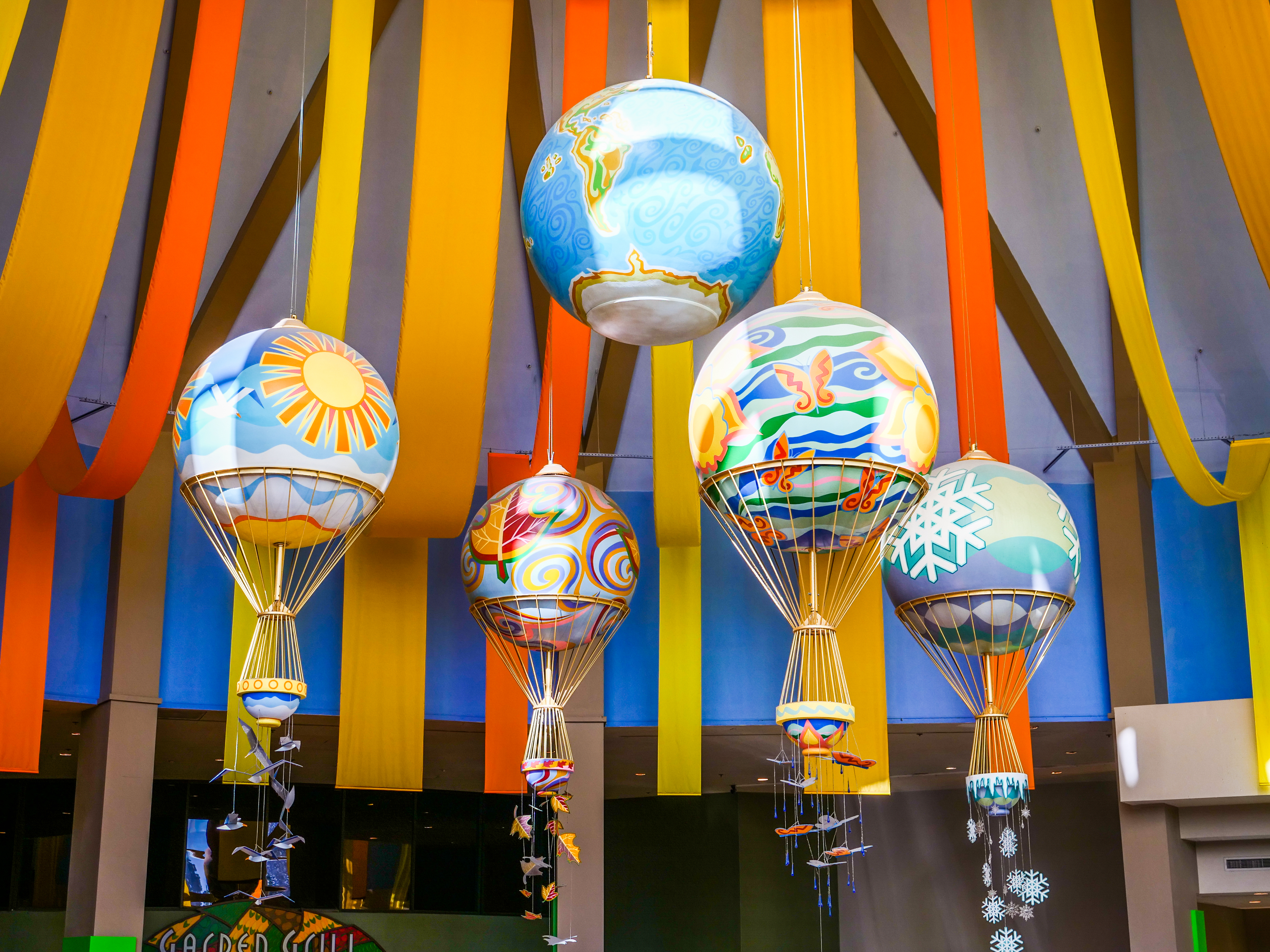 Sticking to the topic of balloons, it can be easy to miss (or not fully appreciate) these balloons in The Land Pavilion. They each represent one of the four seasons as they hover around a globe. 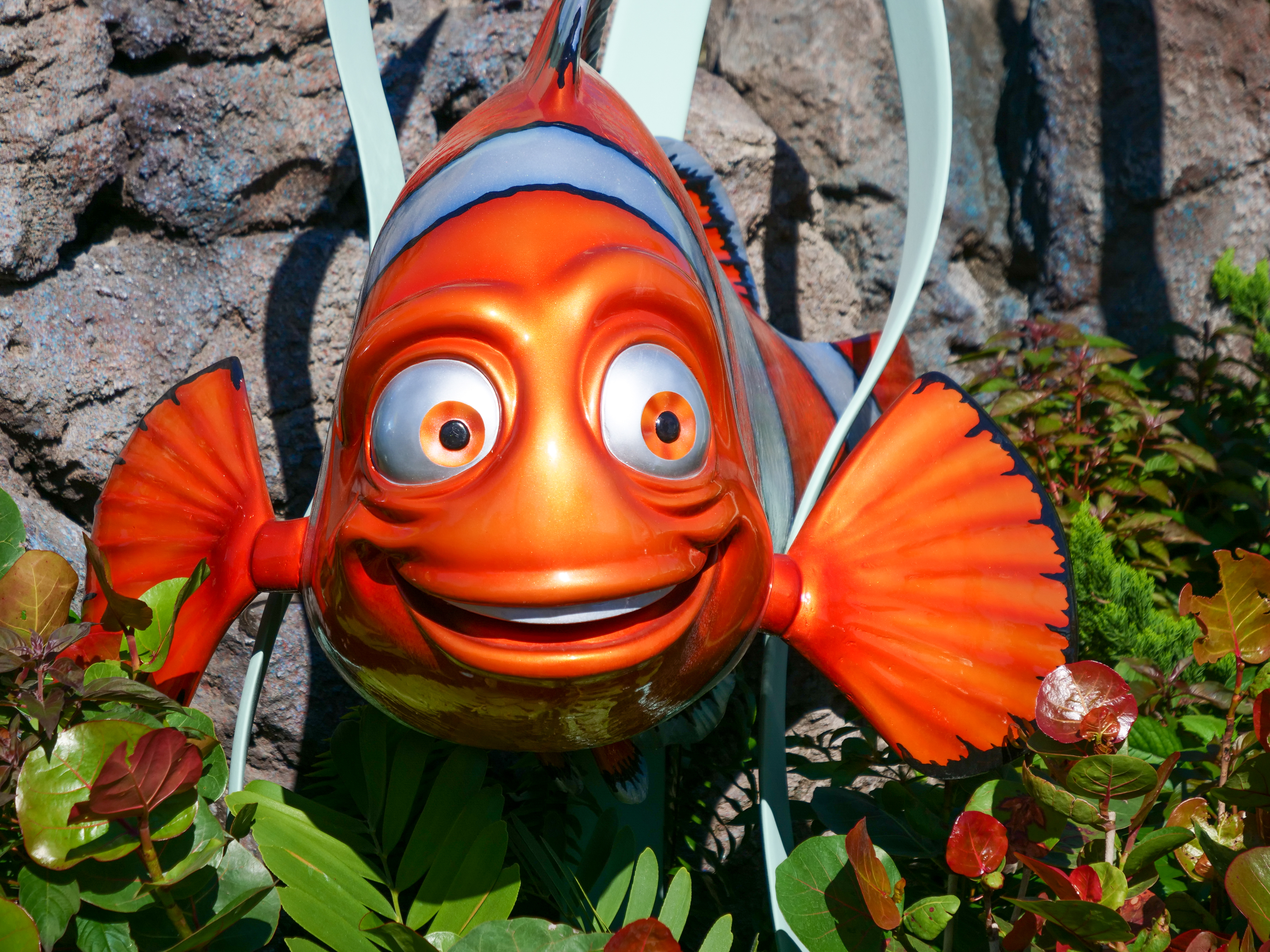 This model of Marlin, found outside The Seas Pavilion, is… intense. 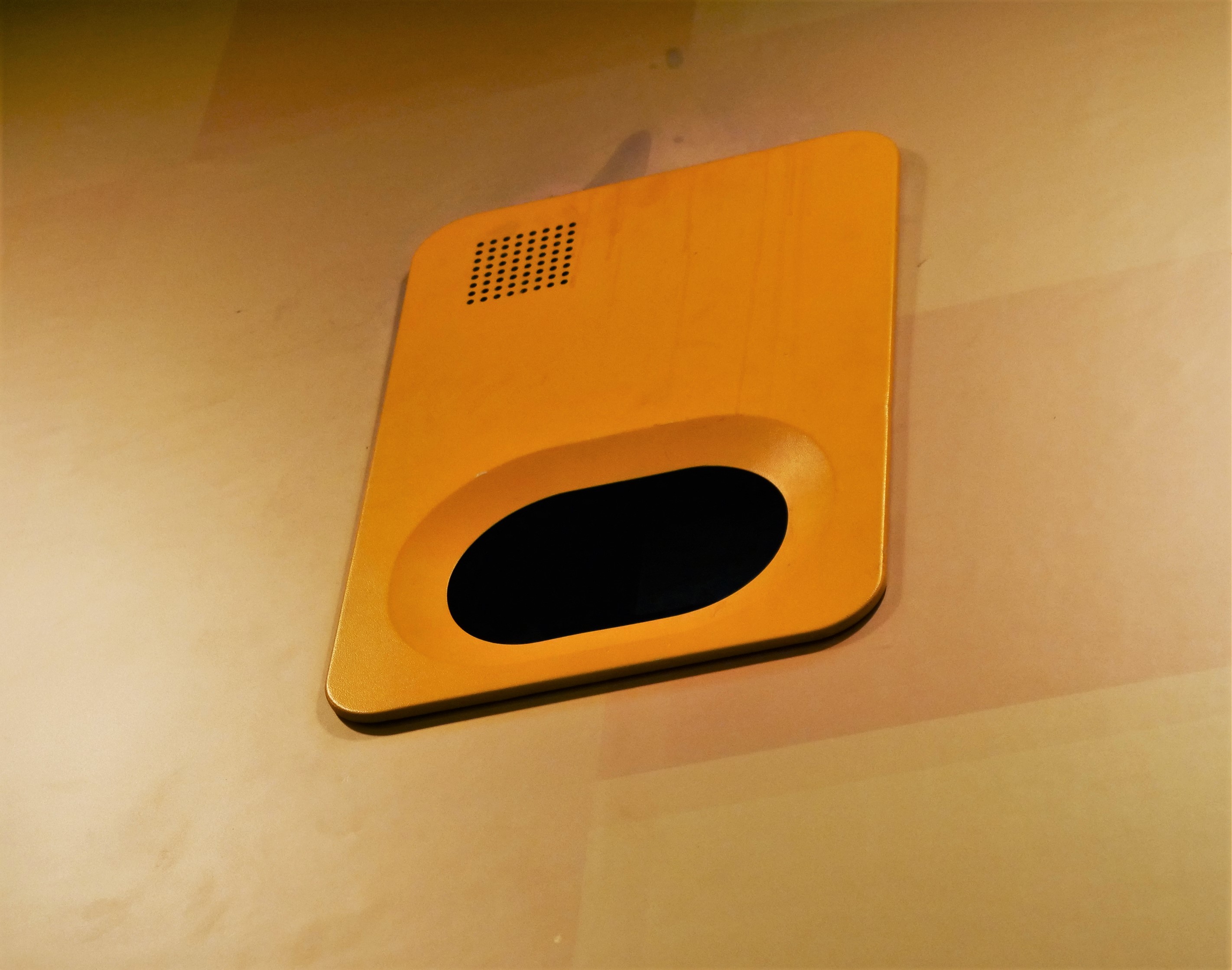 A harder to find detail, this item is mounted above the entrance (on the inside) to Journey Into Imagination with Figment, and we’re told its representative of an old Kodak camera. Kodak sponsored the Imagination Pavilion until 2010. 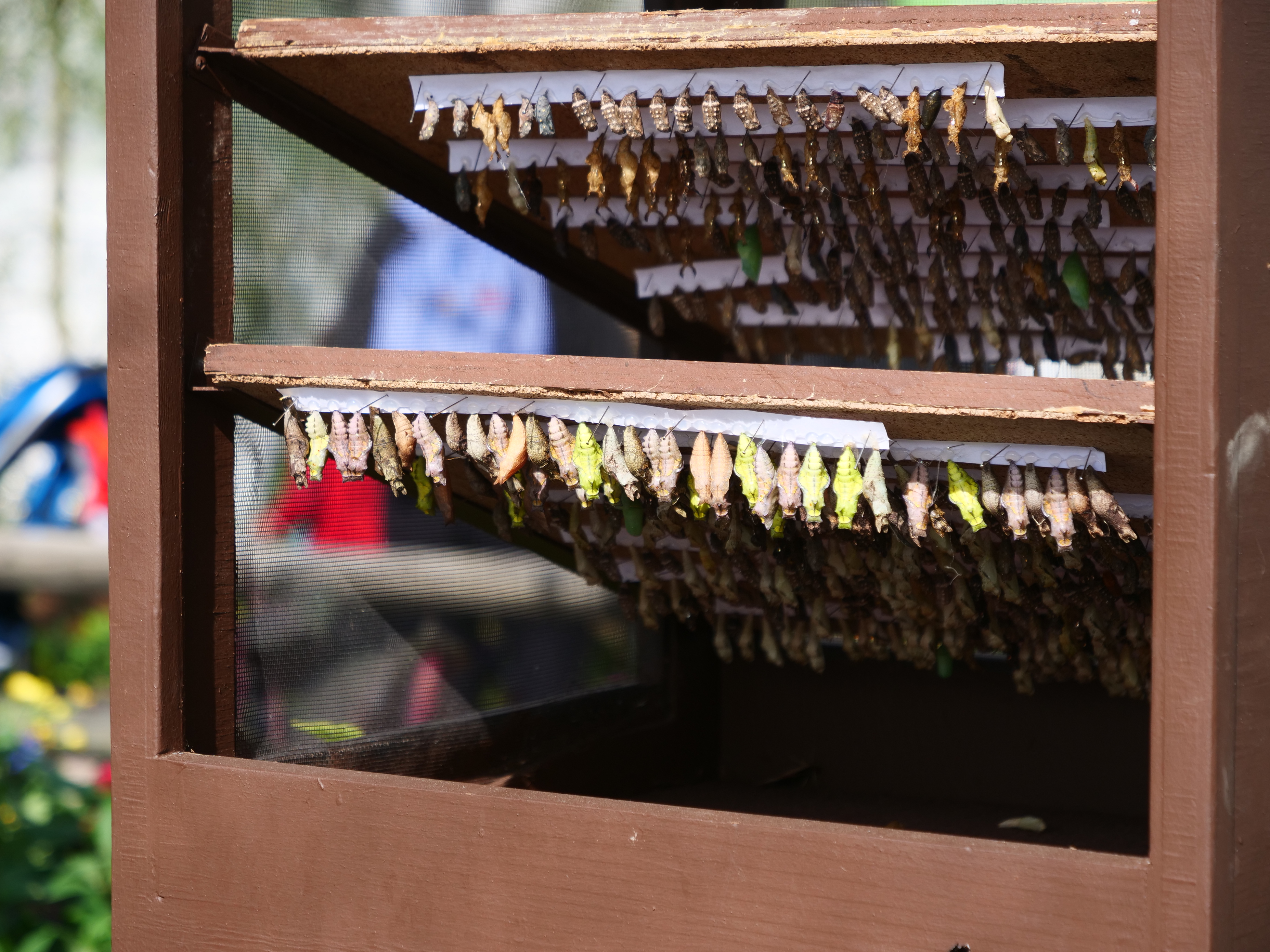 Nearby the Imagination Pavilion in its new location, The Goodness Garden Butterfly House is home to many butterflies, as well as caterpillars that are on their way to becoming butterflies. 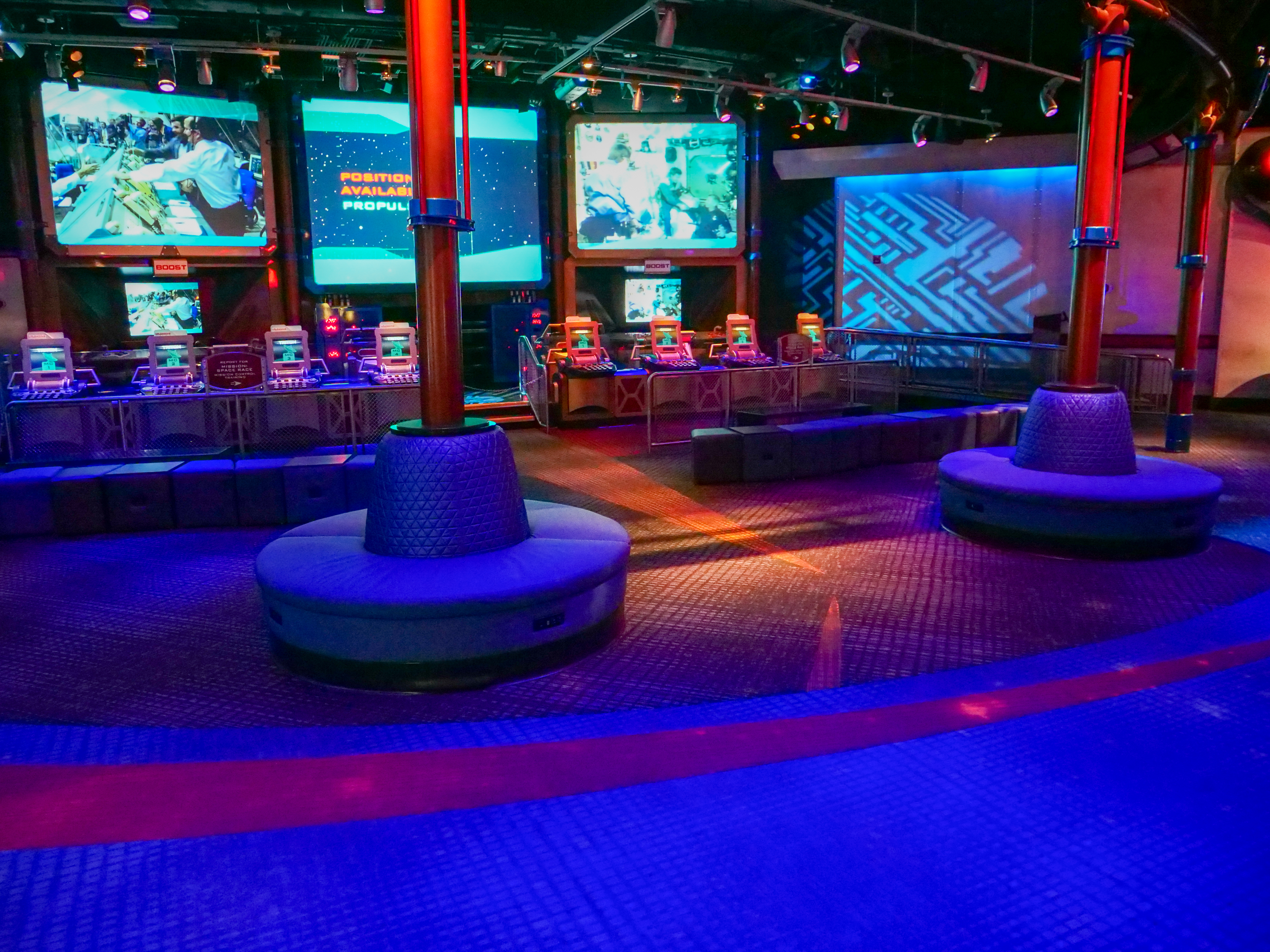 In the Advanced Training Lab, on your way out of Mission: SPACE, new seats with USB charging ports have been added. 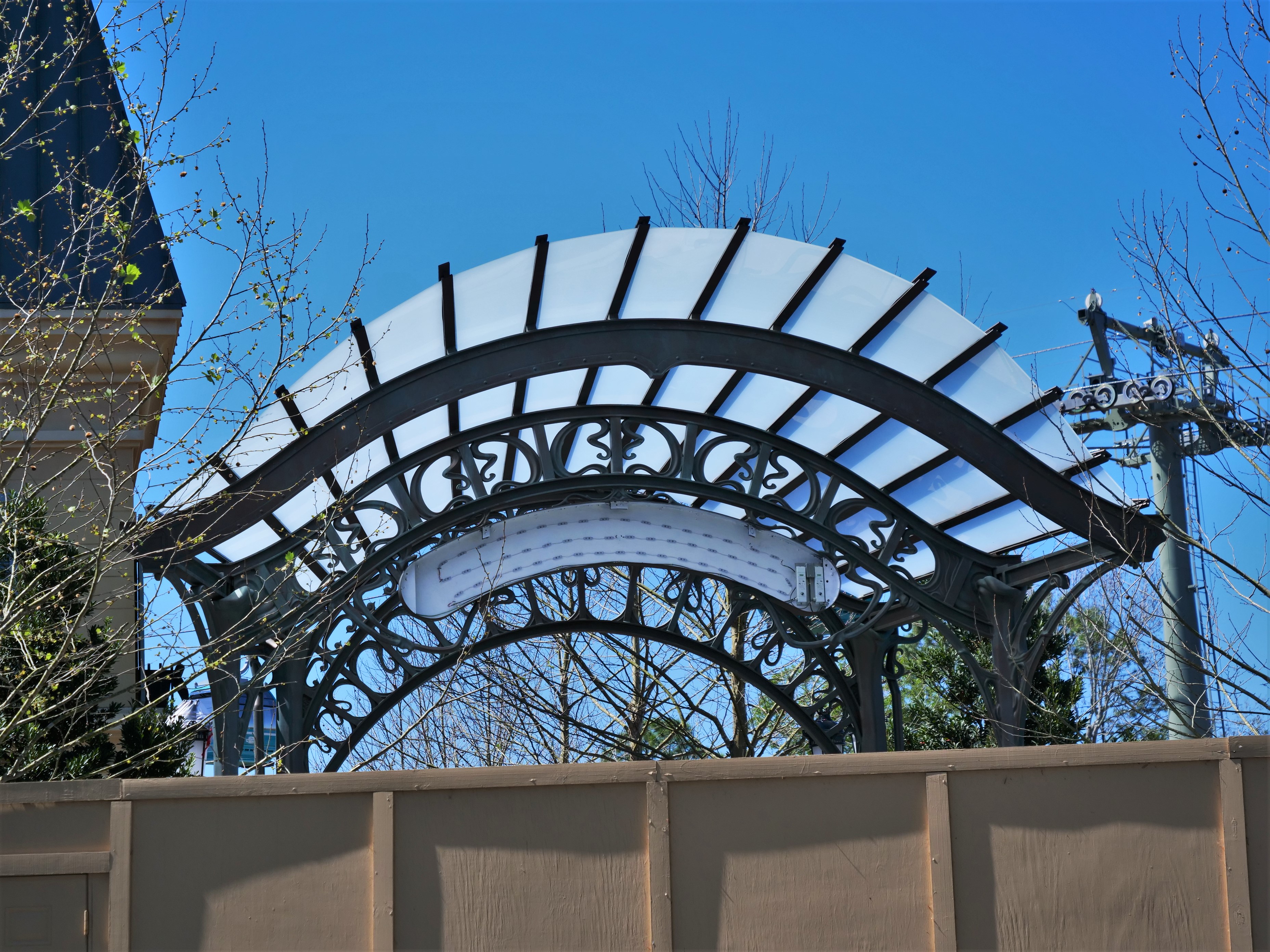 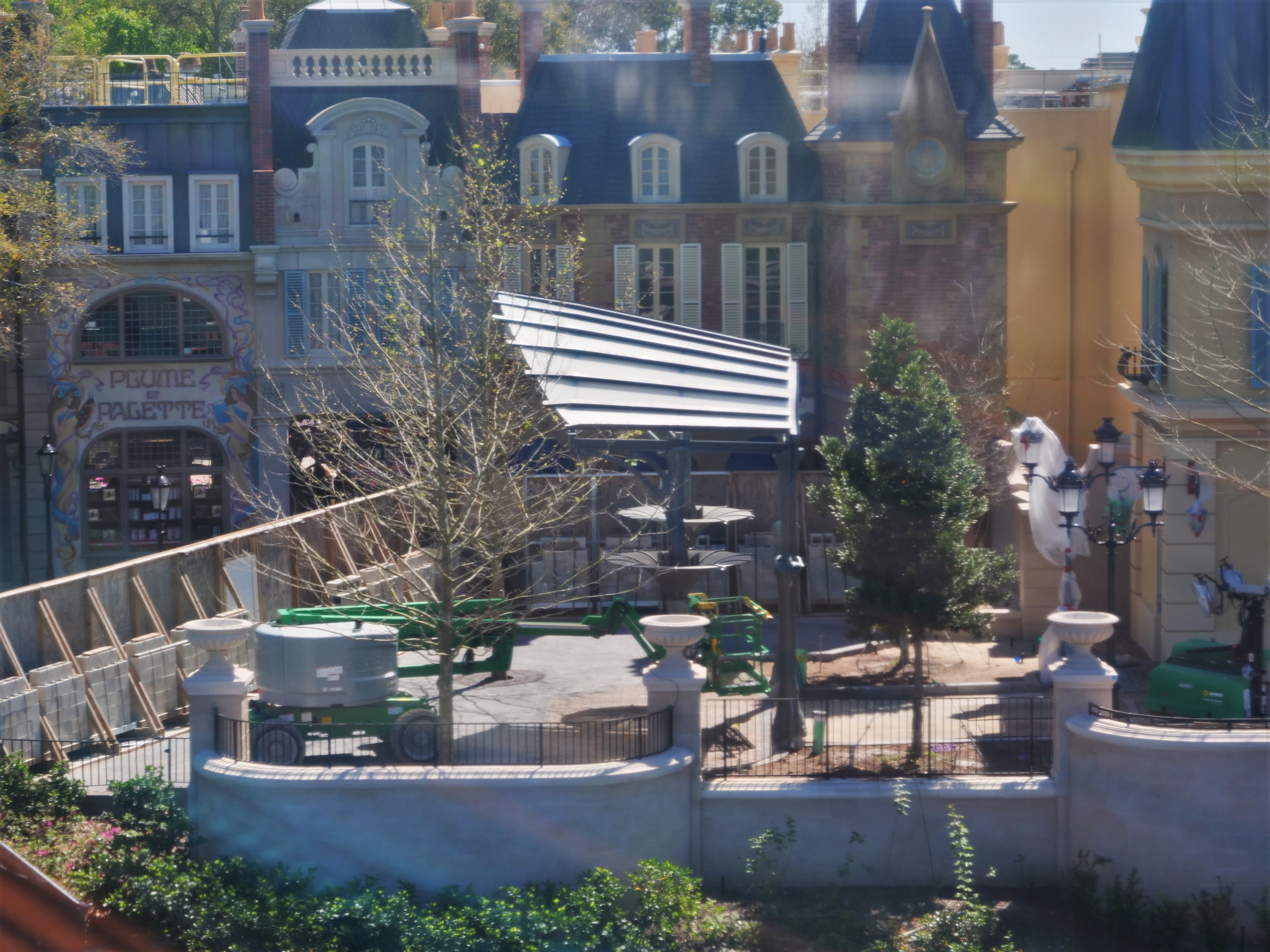 Back on Earth, specifically in World Showcase, this archway in the France Pavilion expansion looks to be complete aside from the signage that has yet to be installed. 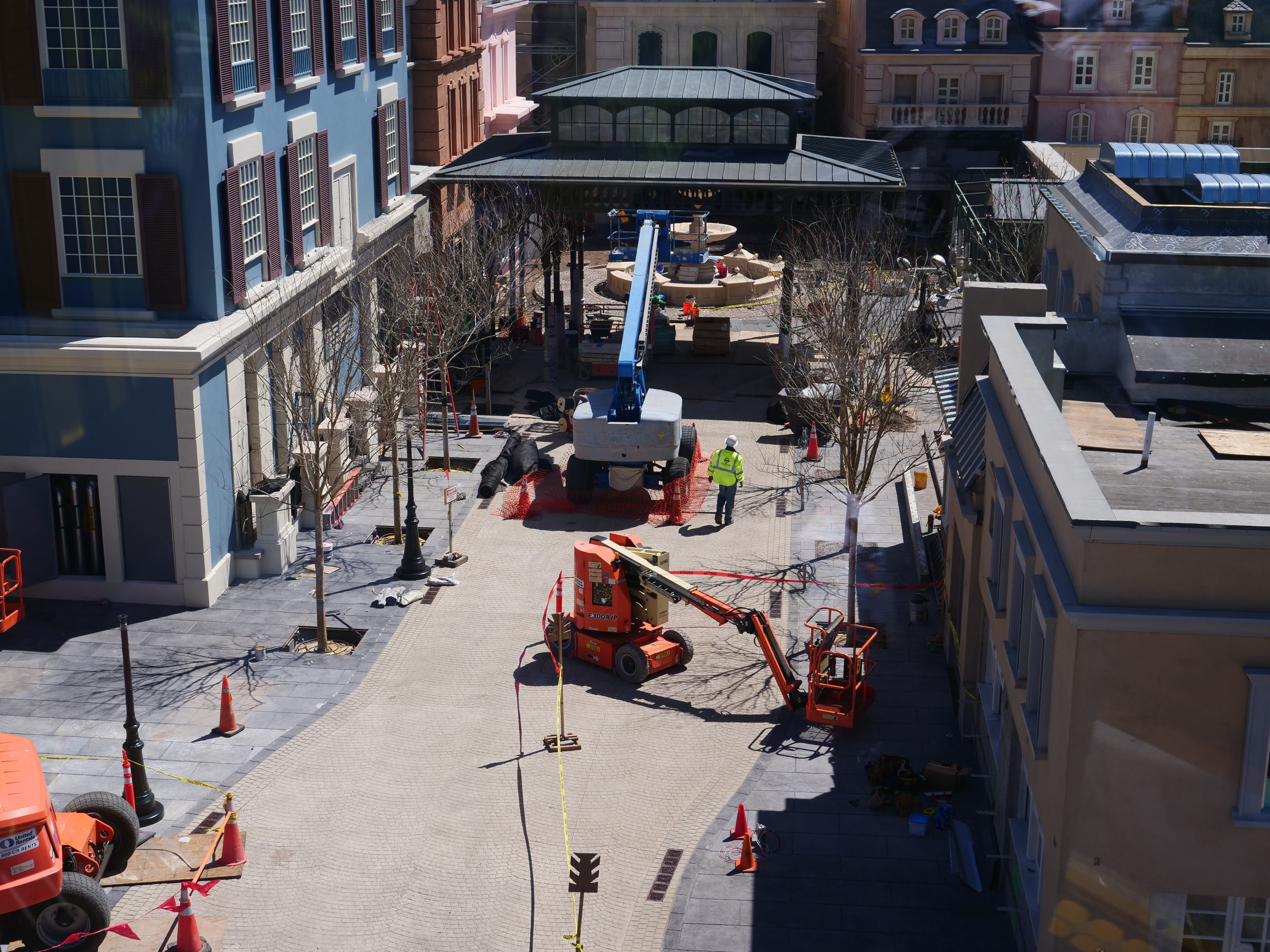 Further inside the area that houses Remy’s Ratatouille Adventure, construction has suddenly started looking as though it’s nearly complete. Trenches were filled and pavers added this week, and we now have an almost fully finished Parisian street. 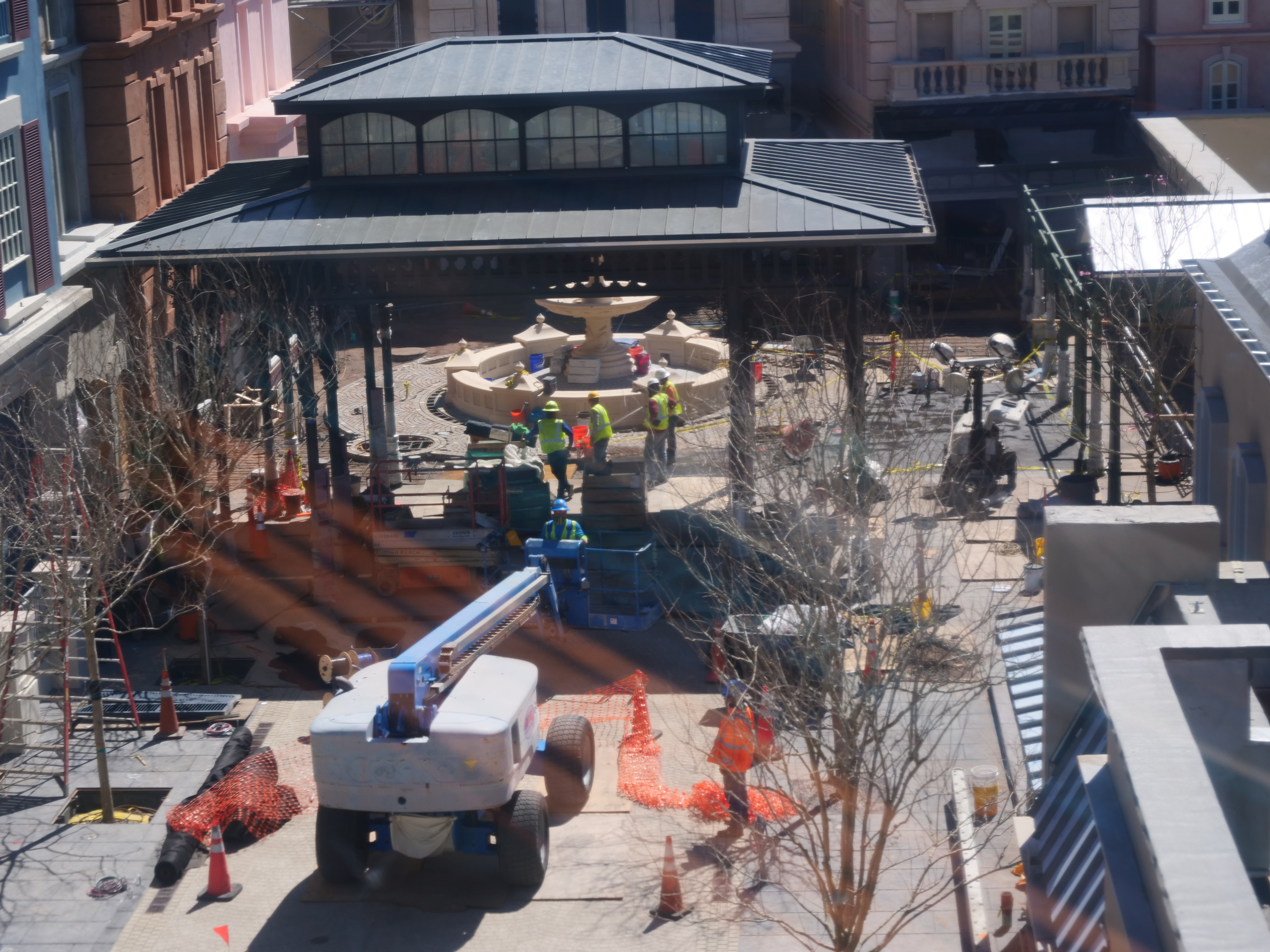 Down that street, near the fountain, we do see there is additional paving to be done. It looks like rebar is in place, though, which means that paving won’t be far behind. 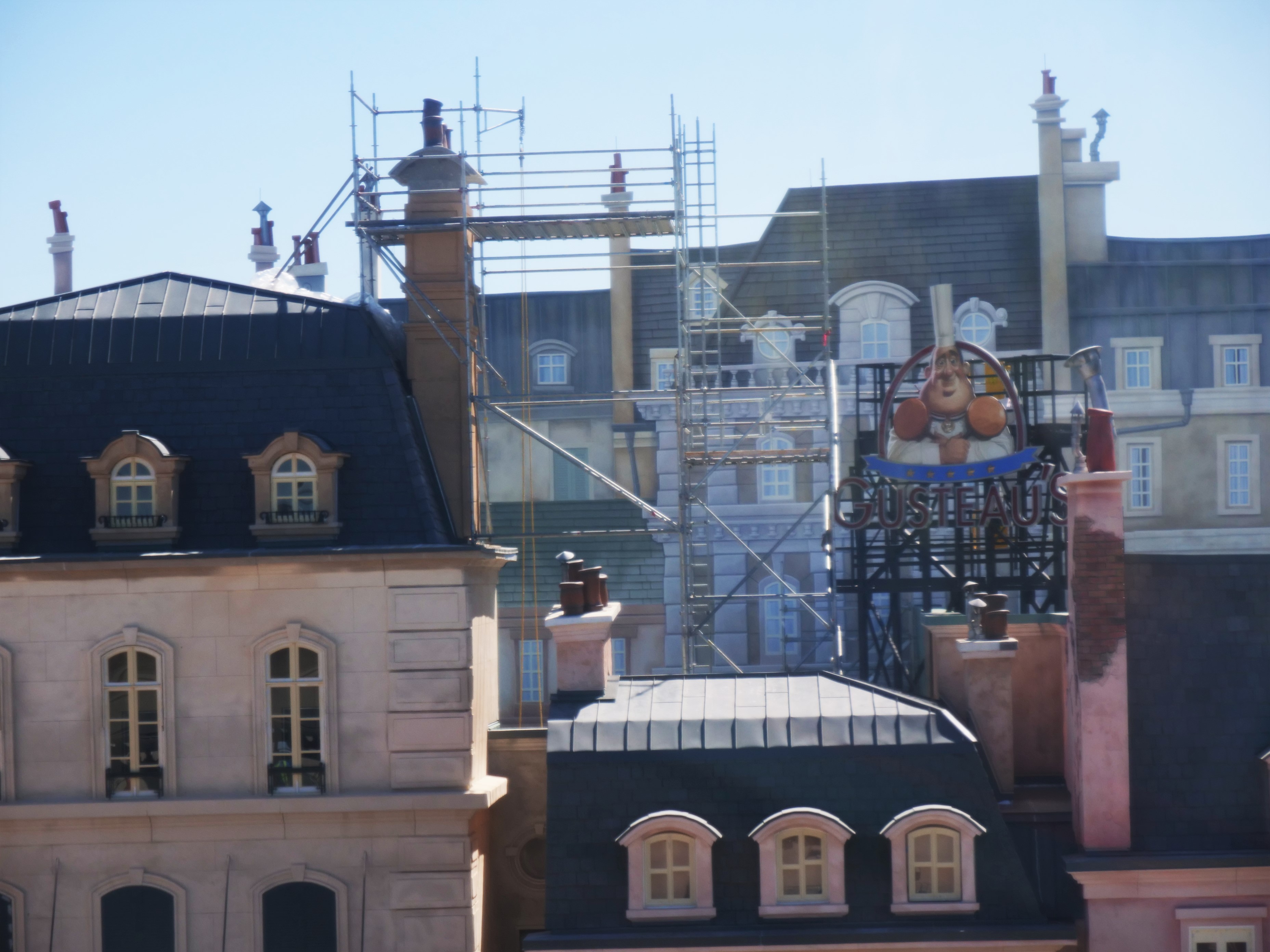 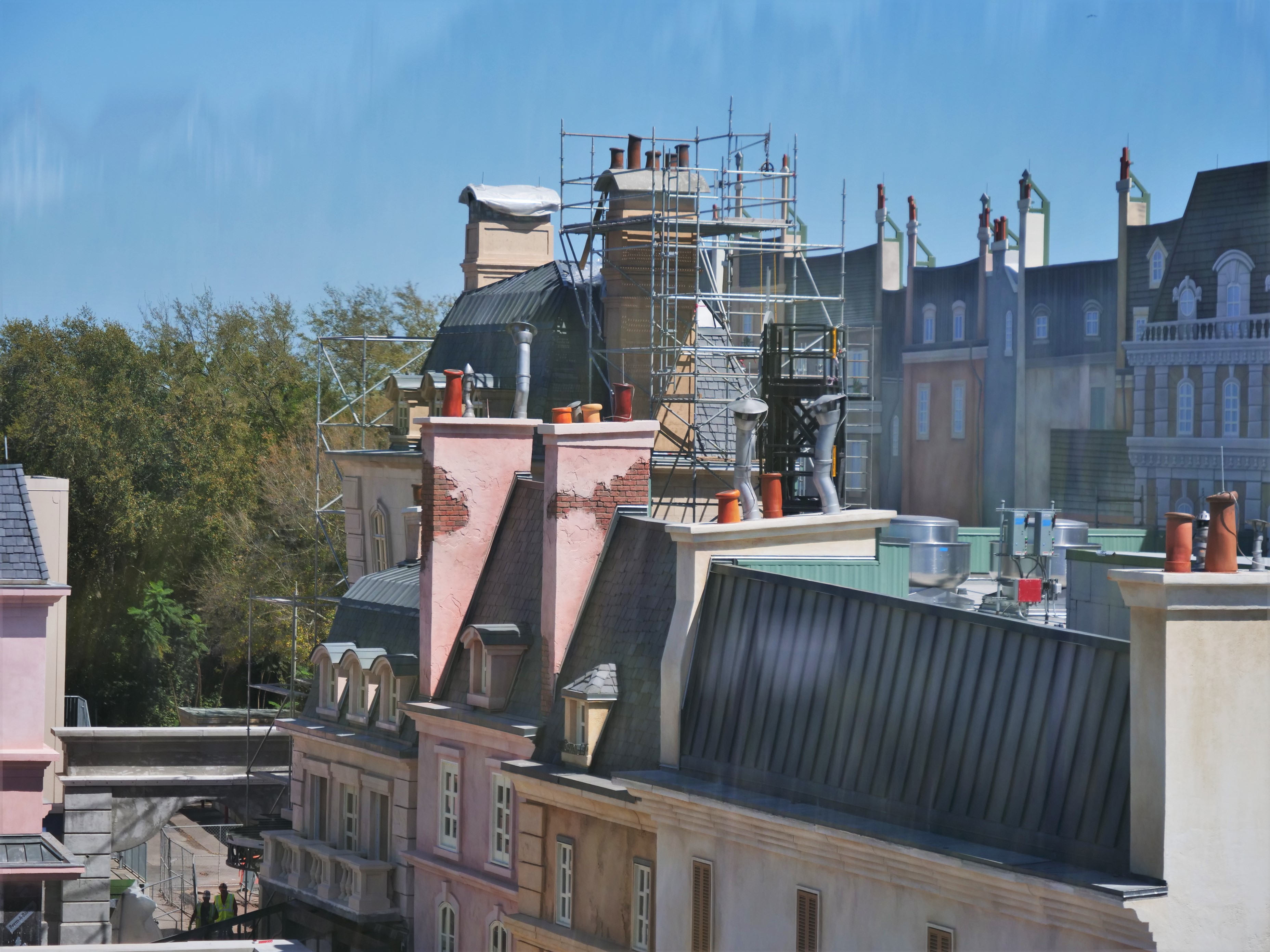 Final bits of detail work are still being added to the building housing Gusteau’s, the restaurant where Remy’s Ratatouille Adventure takes place. 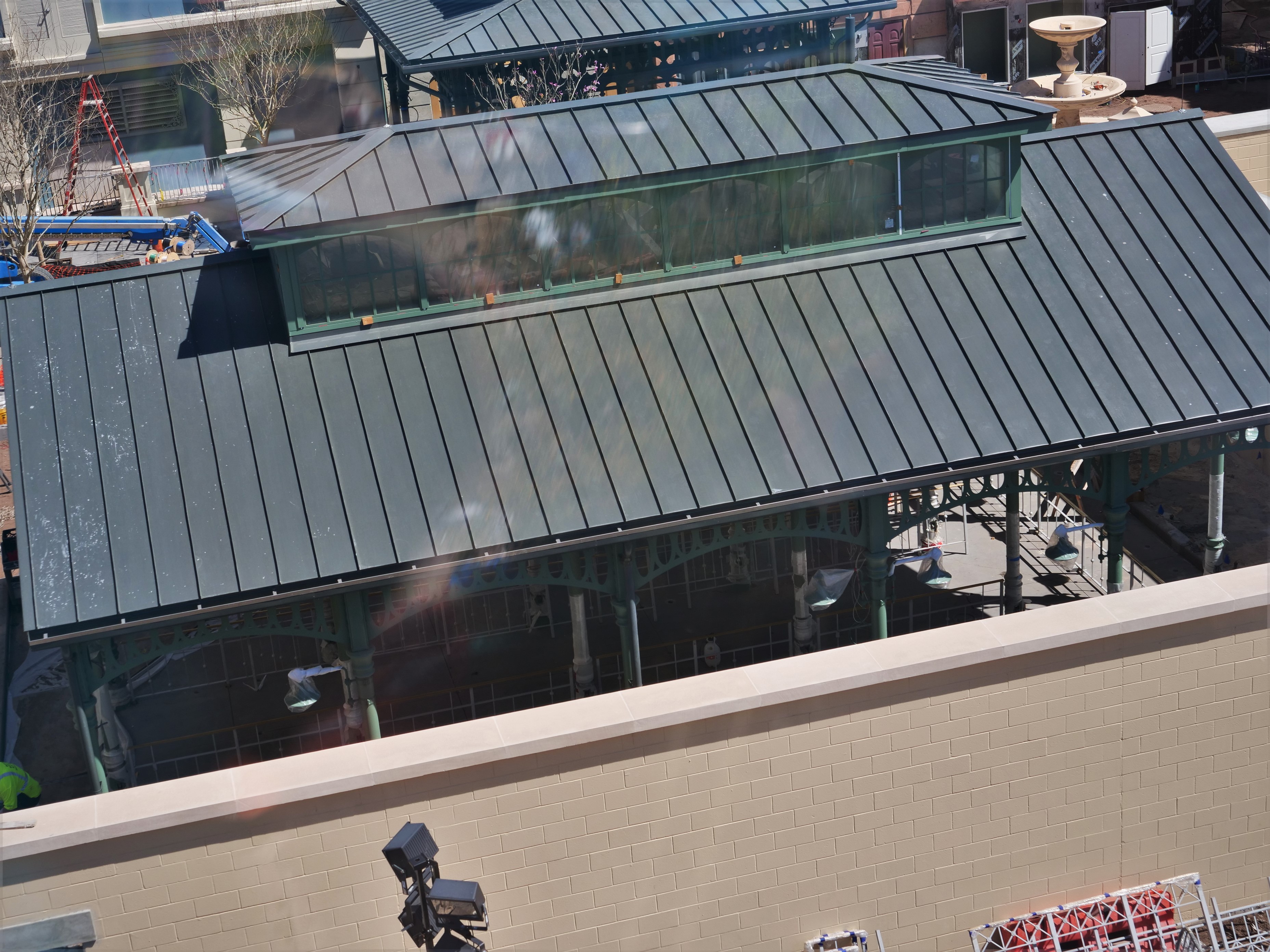 This covered queue space is also receiving the finishing touches, with its roof apparently completed. 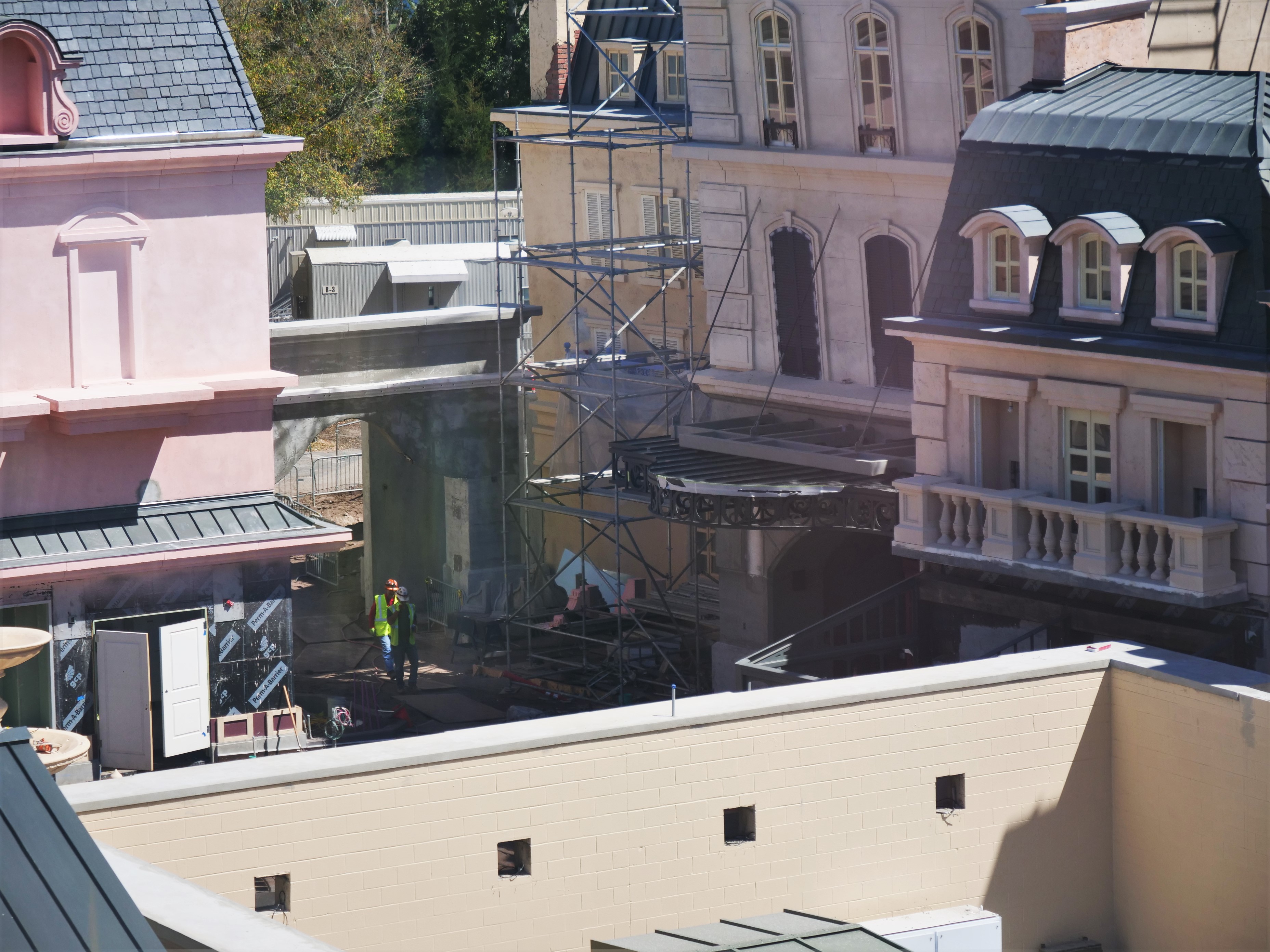 In this back corner of the area, we can see there are still a handful of elements to be completed – walls, walkways, and the overhang above the entrance to the attraction all need a bit of attention. Considering the size of the expansion, however, these are relatively small amounts of work. 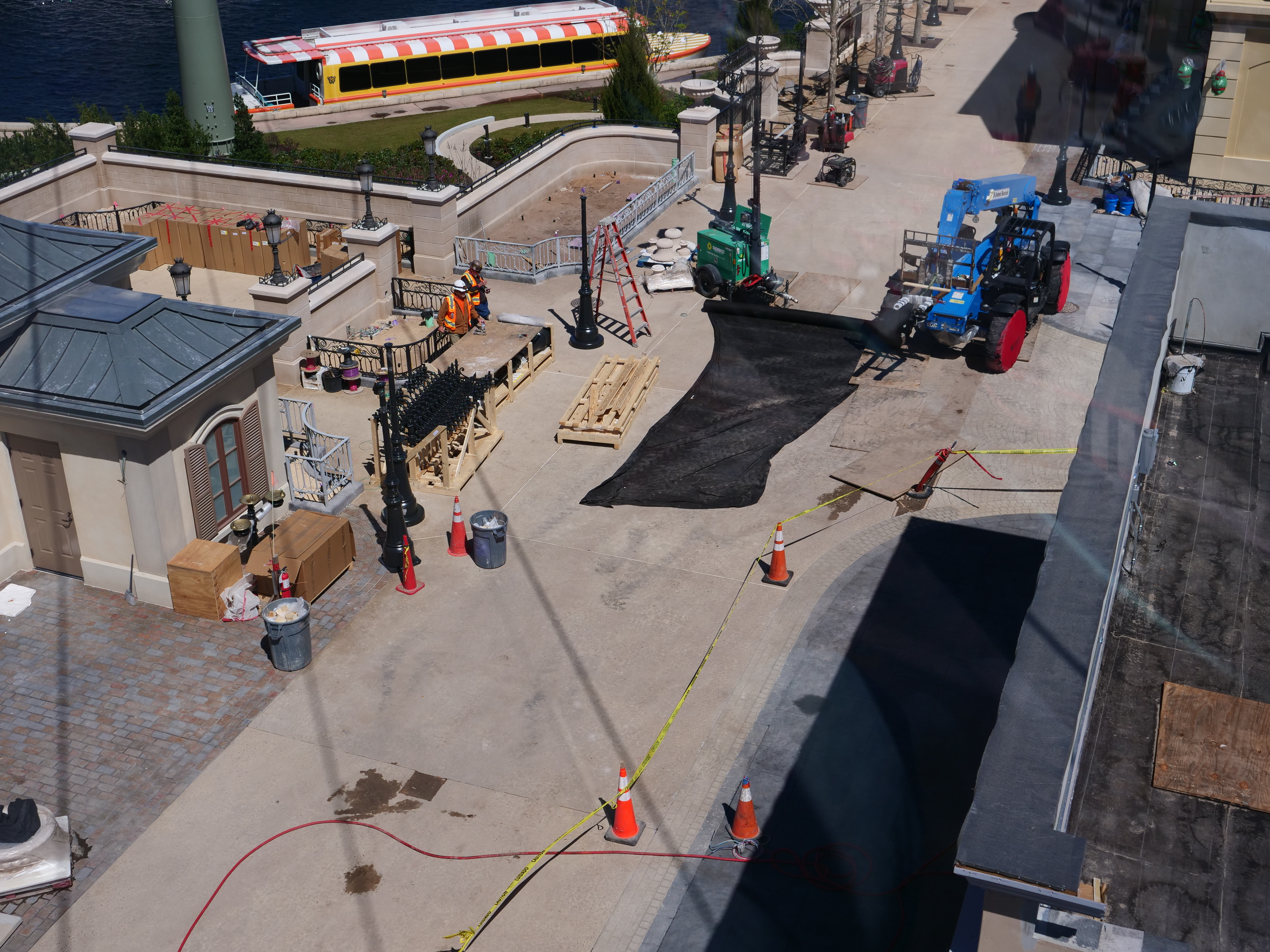 Closer to the waterway, we again see that the major elements are in place. Small details such as flowers, light posts, and a little bit of roof work remain. 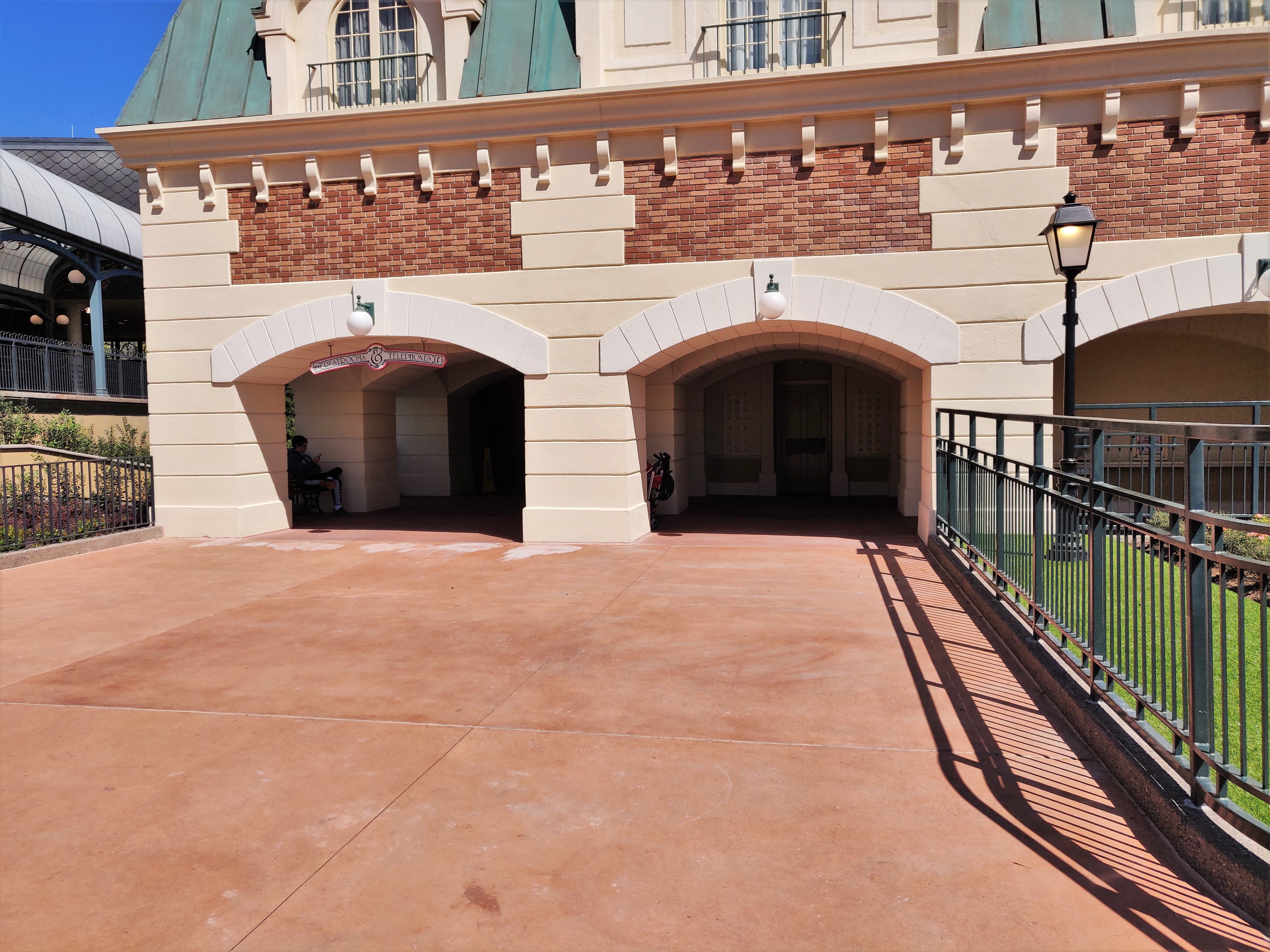 Finally, across the water from the expansion, these restrooms in the International Gateway area next to the Skyliner station were previously only half operational. Women were directed to use what is usually the men’s side, and a sign directed men to use the restrooms in the United Kingdom Pavilion. 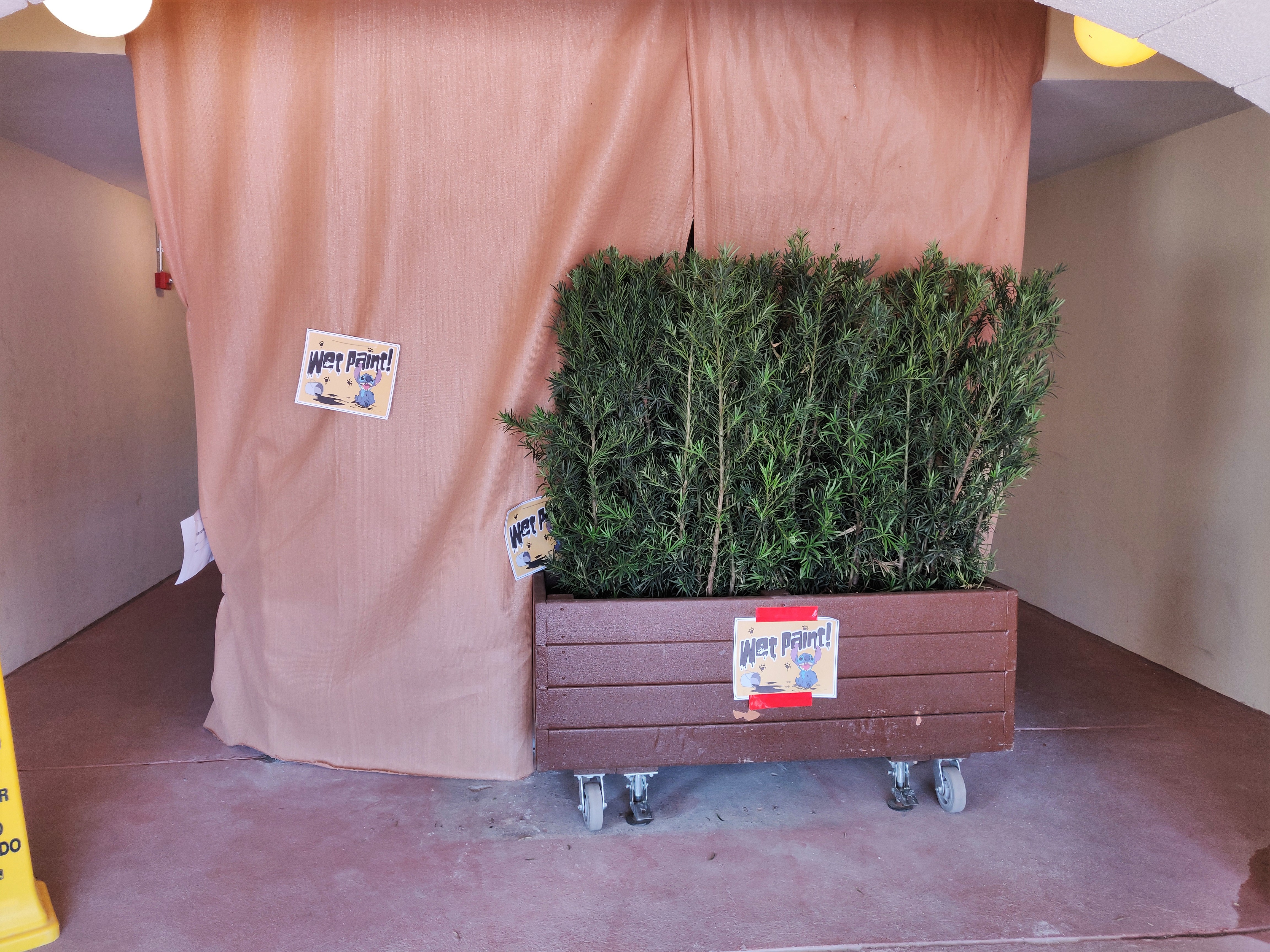 Both restrooms are now open, though it doesn’t seem that either had any major updates done to them. Work is still going on between the two restrooms, as the scrim, rolling shrub, and wet paint signs would indicate.

We hope you enjoyed our construction-heavy update from EPCOT. If you’d like to stay up to date on everything new at Walt Disney World, from construction to merchandise to food, click here and follow @WDWNT on Twitter.

Next
EDITORIAL: Where (and When) To Catch Some Zzz’s While You’re on the Move at Disney Parks