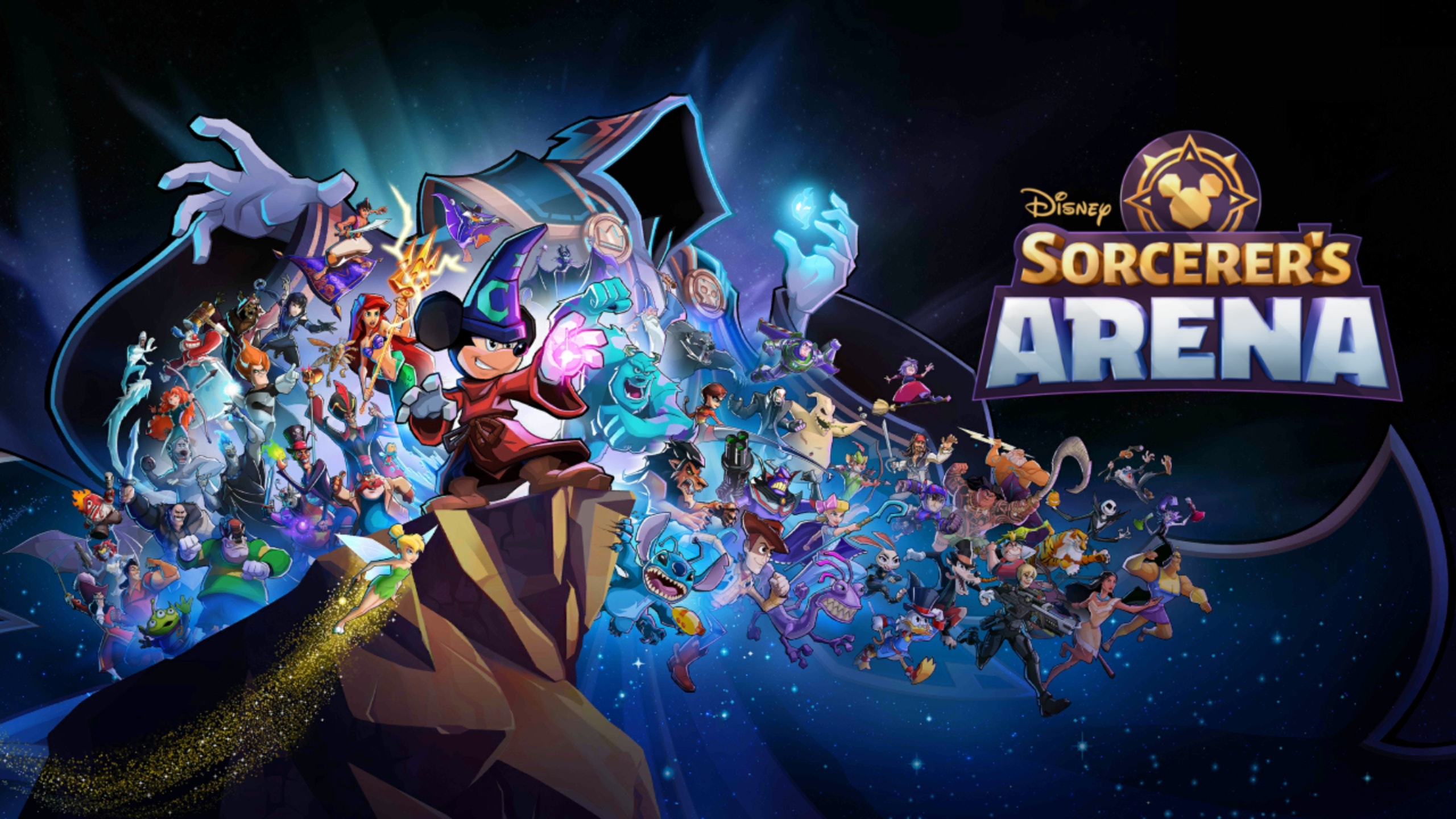 Glu released a pretty epic trailer for the release. Unfortunately, it doesn’t really show you much in terms of gameplay:

What makes Disney Sorcerer’s Arena an interesting addition to the current lineup is that it could be considered a competitor to Disney Heroes: Battle Mode being that they have an overlap of many of the same characters. There definitely are differences between the two, where Sorcerer’s Arena takes a more card-based and turn-based approach, whereas Battle Mode focuses on being more of an auto-brawler. 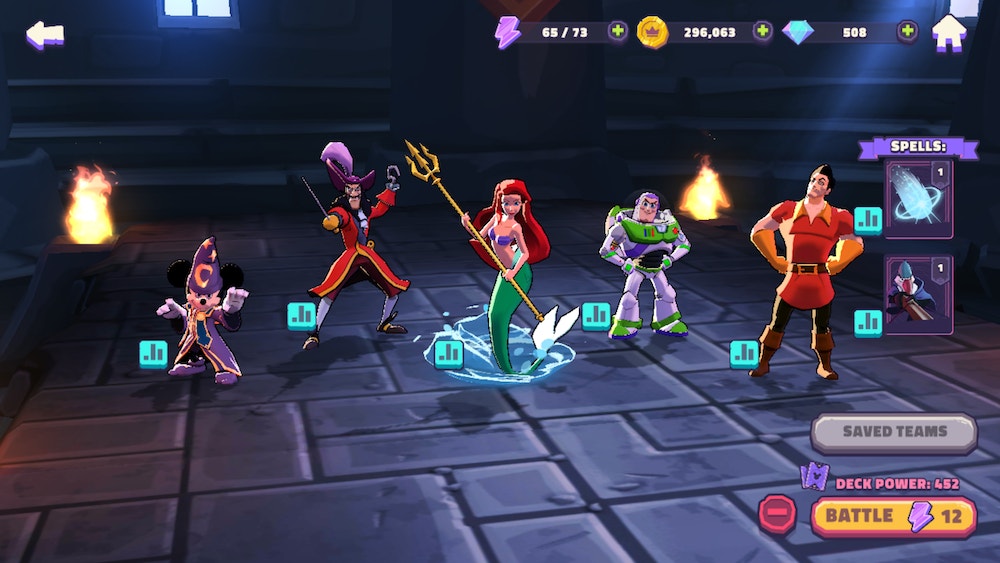 Sorcerer’s Arena starts out with semi-lengthy tutorial, taking you all the way to about level 6 before you are able to partially start exploring the game yourself. After that, there are some more tutorials that teach you more about the game as you reach new levels or unlock certain features. 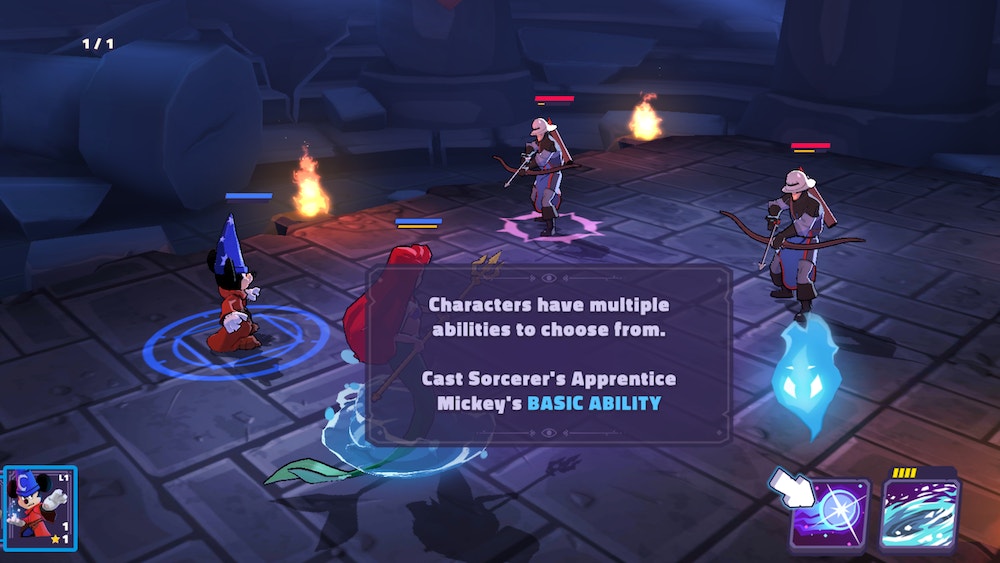 The gameplay is very similar to Galaxy of Heroes, and boasts about 66 characters that are able to be unlocked right now. There is a welcoming array of characters from movies all across the Disney and Pixar universes! You may find yourself fighting the Rhino Guards from Robin Hood on one level, and some of Captain Hook’s crew alongside Kakamora from Moana in the next. 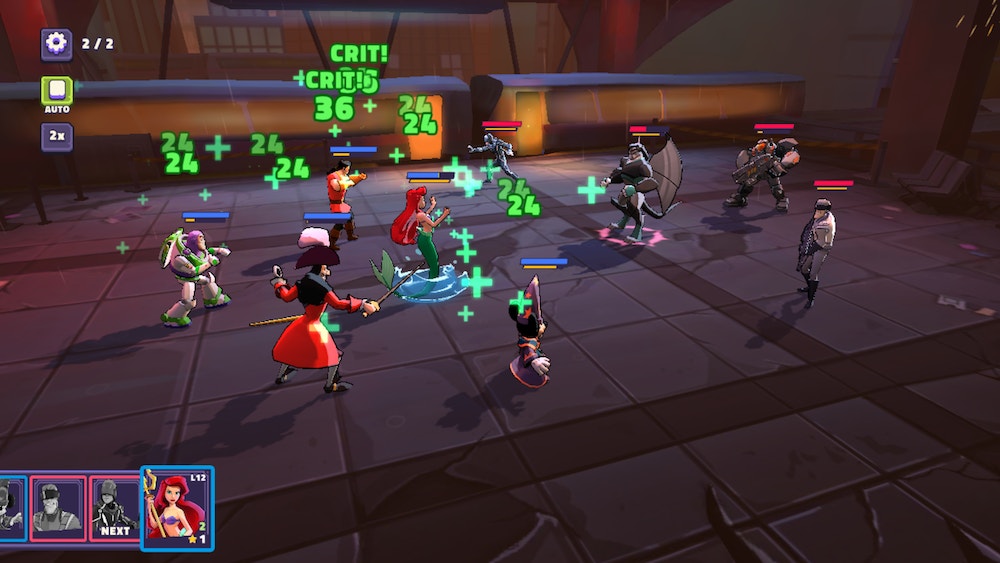 Characters take on traditional RPG roles, such as support, damage, and tank. Most of the characters try to follow their anticipated roles. Aladdin takes on a damage role, focusing on doing quick, fast damage while Gaston is naturally a tank, taking every chance he can to get into the limelight! 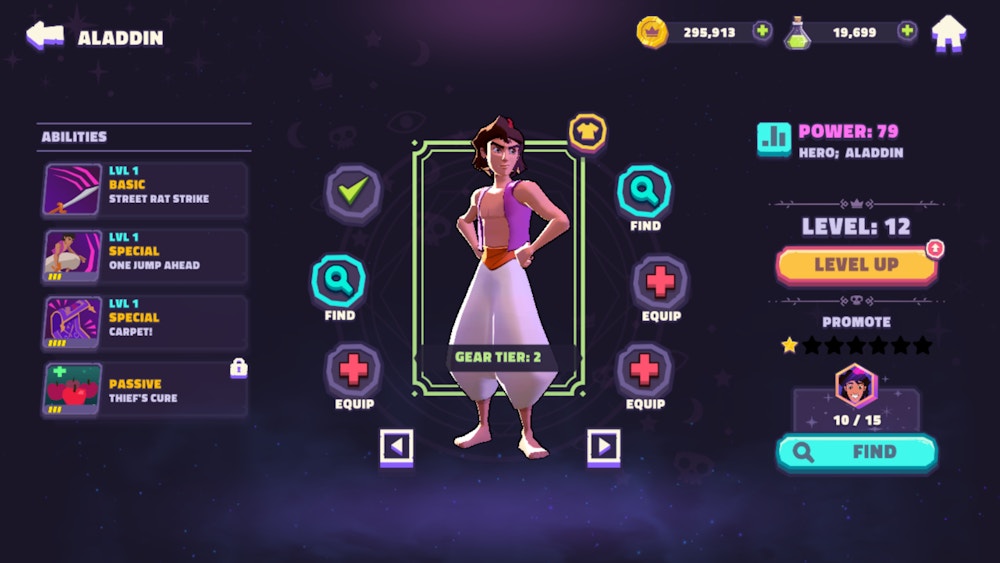 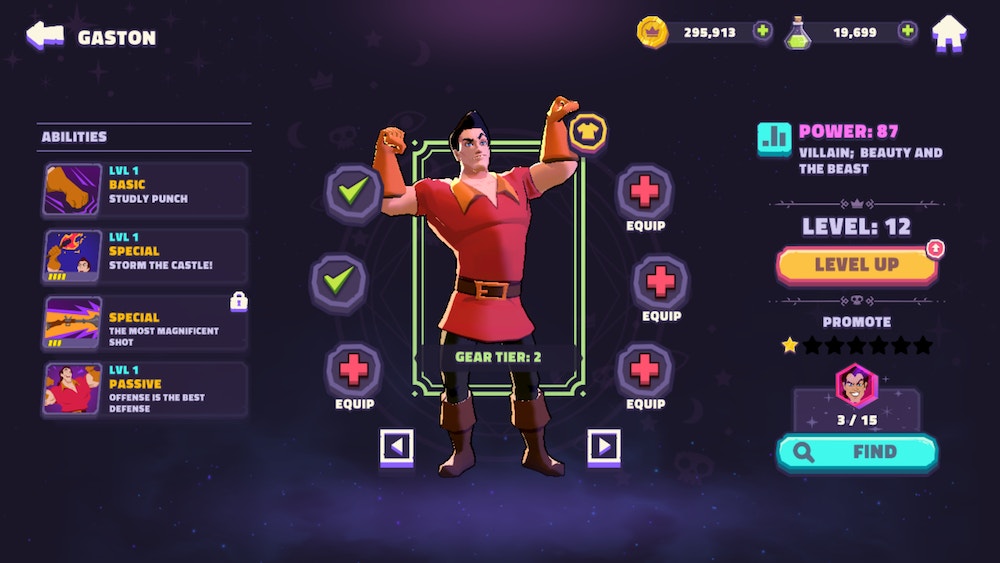 In addition to characters, Sorcerer’s Arena introduces spells, which are powered up and used throughout the battle. These spells may range from one-time attacks, to bringing your good friend Trigger on your side to fight with you! 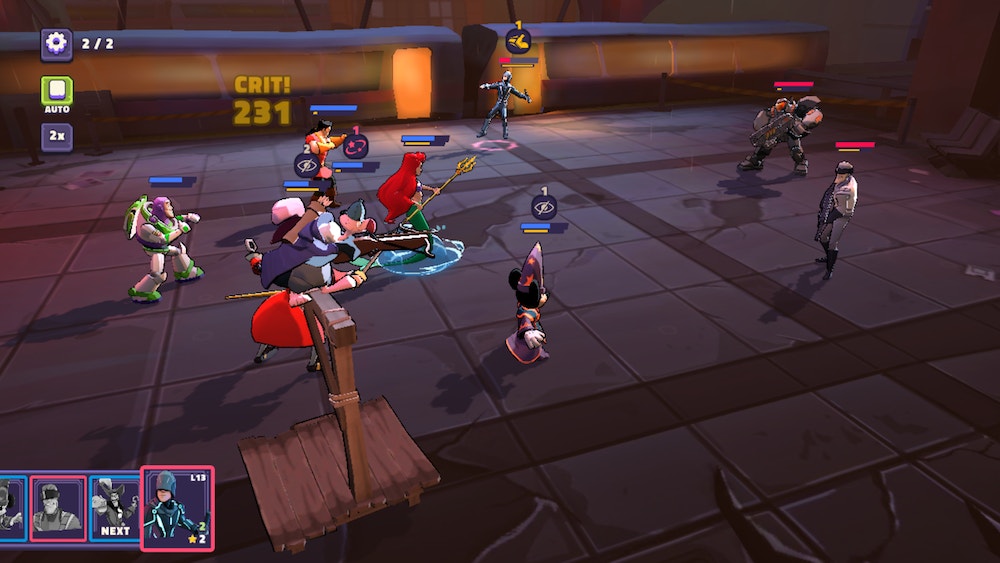 Another area that seemed refreshing was the option to change the clothing on some of your characters. This seems to be limited to one costume right now for some characters, but definitely has the potential to be expanded upon at a later date. 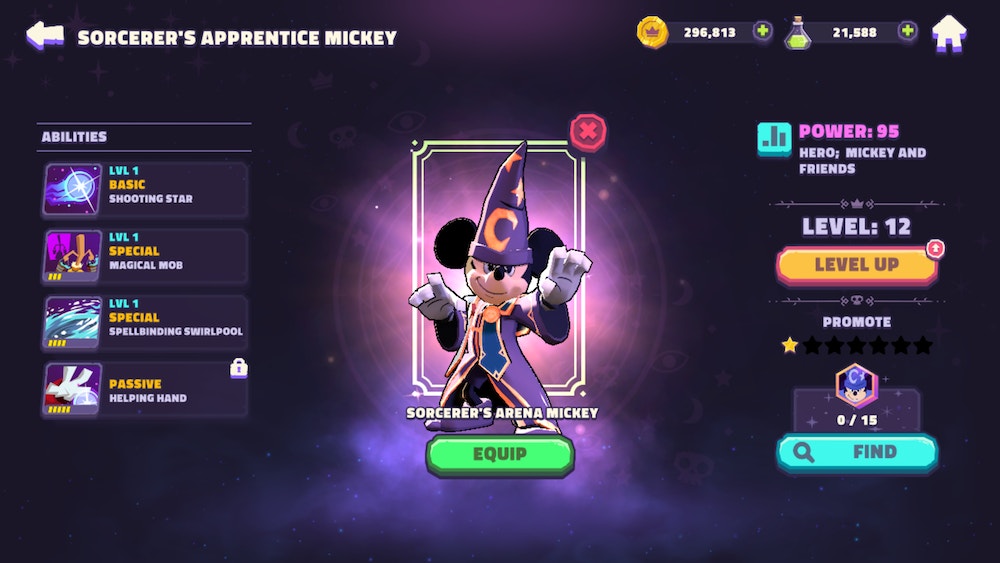 Overall, the game does seem very much like a repeat of many other similar games in the market, but its selection of characters and nostalgia are a welcoming sight! 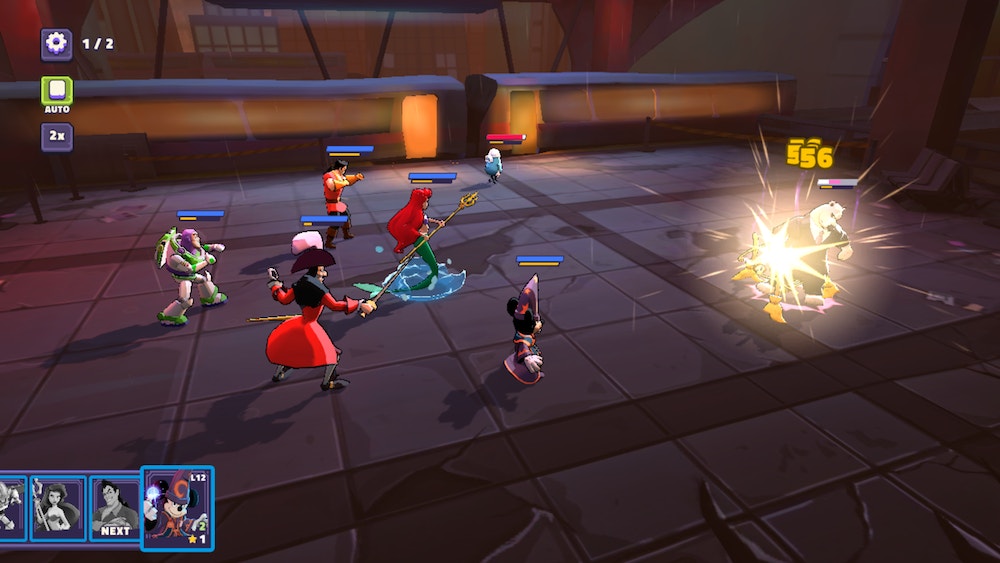 If you’re interested in playing, you can play on iOS or Android. If you have a PC, you can download Bluestacks, an Android emulator. While the game is free, you have the option to pay for extras.

Previous
Dreamfinders Podcast – Catch Up With Some of Our Best Interviews!