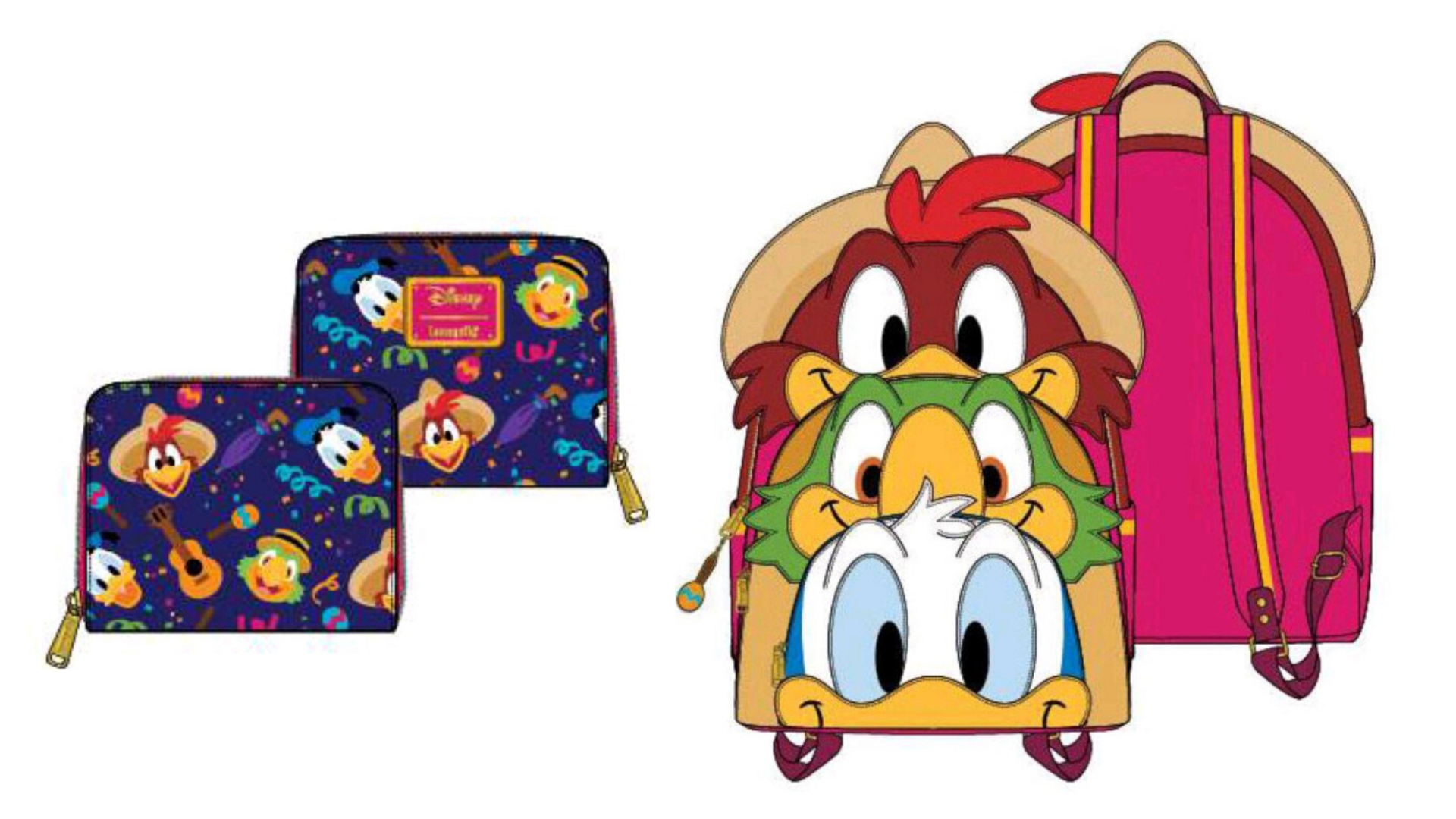 They sing and they samba, they shout, “Ay, caramba!”, and soon, they’ll be added to the Loungefly merchandise family. That’s right, The Three Caballeros are getting their very own Loungefly mini backpack and wallet!

The new bag features Donald Duck, José Carioca, and Panchito Pistoles prominently displayed on a magenta faux leather bag. You can also spot a maraca doubling as a zipper pull.

The zip-around wallet, while also featuring these birds of a feather, instead has a deep purple background complete with a collage of instruments and confetti. Both the wallet and backpack feature an elaborately themed lining with sombreros and the Three Caballeros logo.

This merchandise comes on the tail end of the film’s 75th anniversary. The Three Caballeros first premiered in Mexico on December 21st, 1944, making its US debut on February 3, 1945! If you wanted in on the nostalgia, you can pre-order both the backpack and wallet on EntertainmentEarth.com or otherwise keep an eye on the Loungefly website to check when they land! The backpack rings in at $80.00 (and currently has free shipping), and the companion wallet will cost you $40.00.

So, amigos… will you be adding this to your collection? Let us know in the comments below!