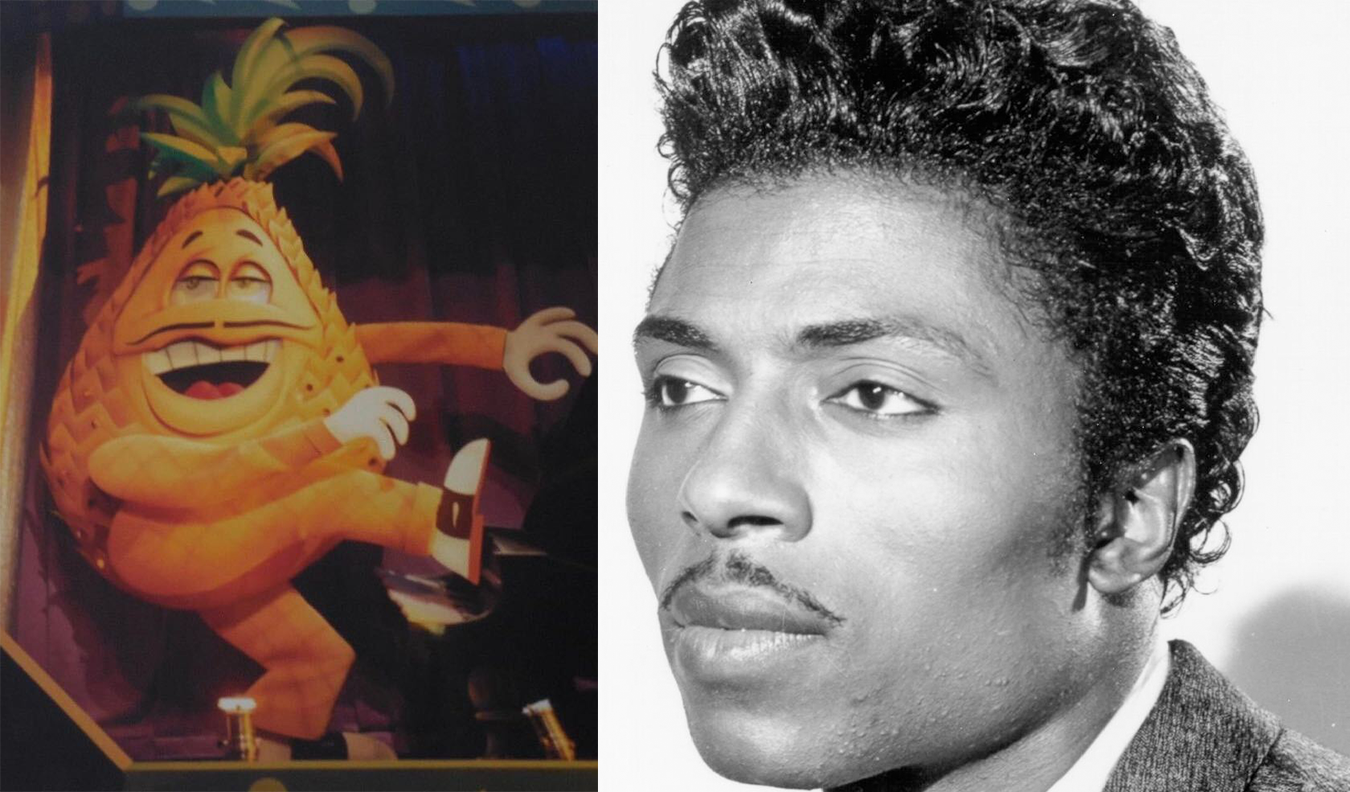 Little Richard,  “The Innovator, The Originator, and the Architect of Rock and Roll” has reportedly passed away at the age of 87, the cause of death currently unknown. Little Richard is the man behind famous hits “Tutti Fruitti” and “Good Golly Miss Molly” and served as an inspiration for many legendary artists.

Little Richard was no stranger to Disney, as “Tutti Fruitti” was used in the Brave Little Toaster and the DTV television series. He also appeared as himself in the film Mystery, Alaska and played Orvis Goodnight in Down and Out in Beverly Hills. And, let’s not forget that he also appeared in Muppets Tonight.

Perhaps what Disney Parks fans will remember Little Richard for is his role in Food Rocks, a show once located inside The Land pavilion at EPCOT. In the show, Little Richard played a pineapple where the song “Tutti Frutti” was parodied. You can watch a performance of that right here!

The world has lost a wonderful and influential musician today. What are your memories of Little Richard? Leave a comment below.