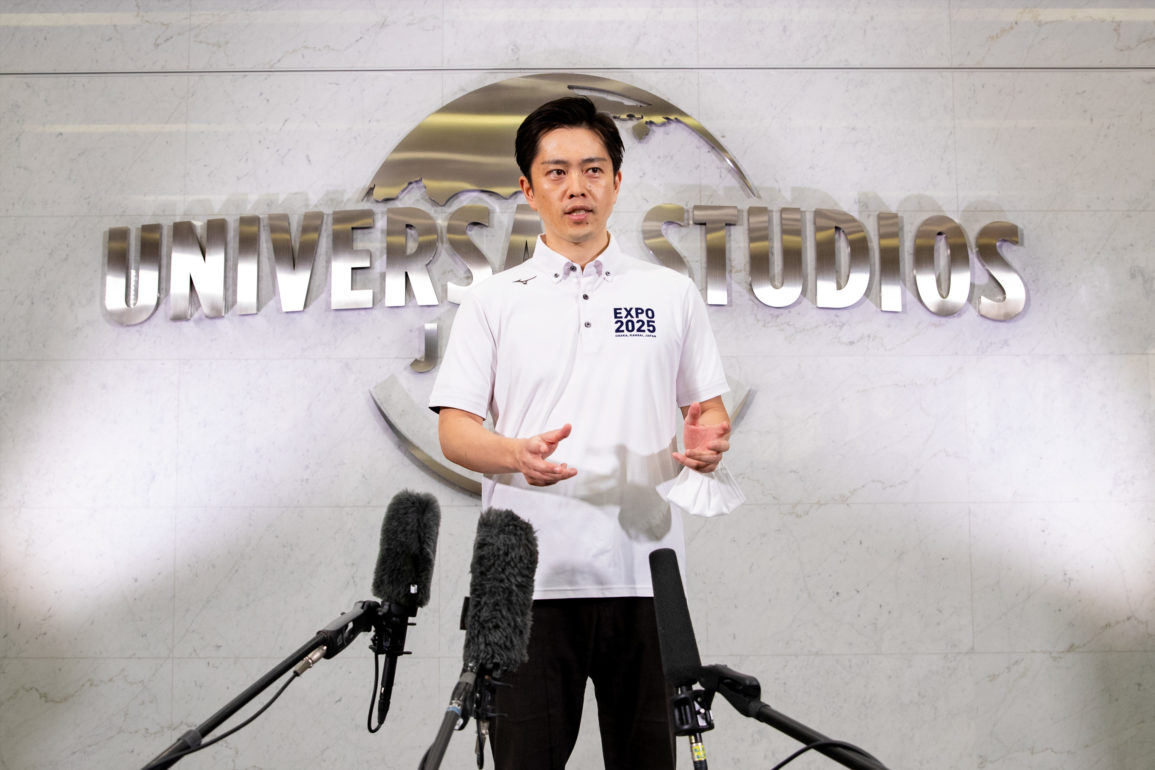 Universal Studios Japan has exited its soft-open phase, and the governor of Osaka Prefecture visited to mark the occasion!

Governor Hirofumi Yoshimura visited Universal Studios Japan on its last day of soft opening, June 18th, to talk about the safety measures in place and to commend the park for a successful and safe soft open. He particularly praised the Osaka Coronavirus Tracking System, used as a method of contact tracing across Osaka, including at the park. As we reported shortly before the park reopened, Guests are asked to register for the system at the park’s entrance. Pamphlets are available at the entrance, as well as at restaurants.

At the Beverly Hills Boulangerie in Hollywood, the Governor demonstrated the process for registering for the Osaka Coronavirus Tracking System.

At a Q&A session after, the Governor offered the following statement:

Universal Studios Japan exits its soft opening phase on June 19th, reopening to the general public living in the Kansai area of Japan.