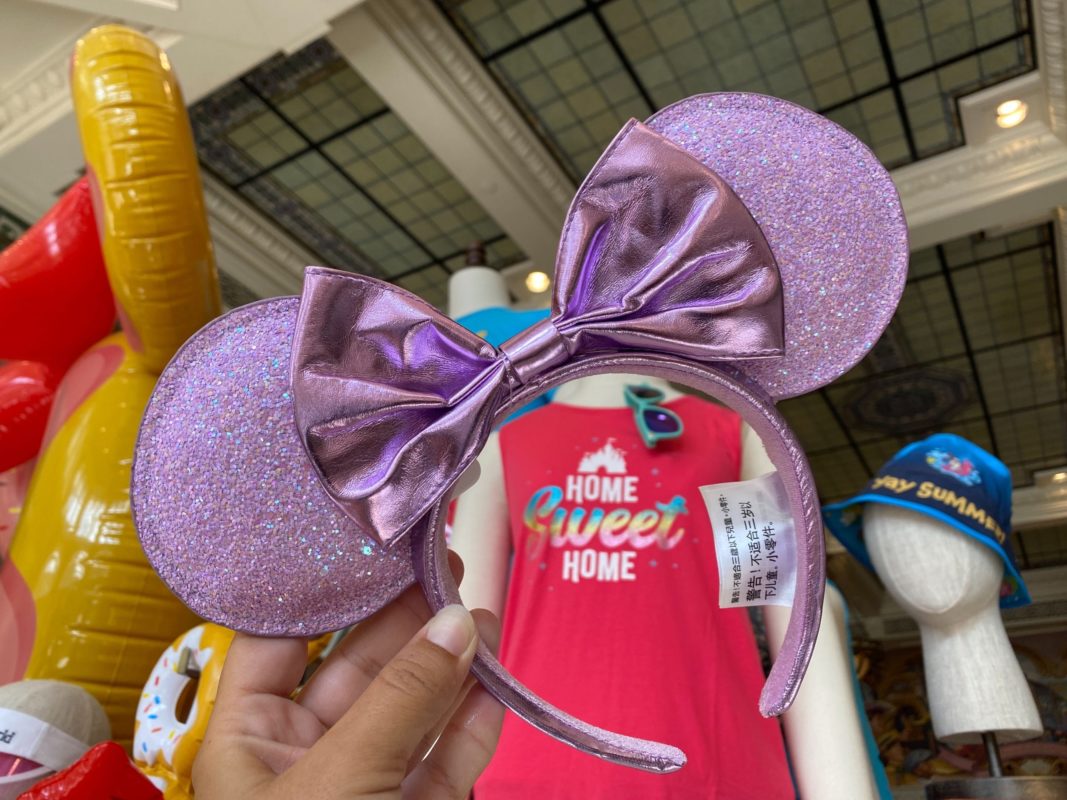 A new pair of lovely lavender Minnie ears have made their way to Walt Disney World!

The ears sparkle with a blue-green glitter that makes them look glamorous.

Meanwhile, the bow is made of a shiny leather-like fabric.

The shine continues to the metallic purple headband, completing the lavish lavender look.

And for those who don’t wear leather, you’re in luck. These are made of imitation leather, so they’re wearable by all! The ears retail for $29.99. We found these at the Emporium at the Magic Kingdom, but be sure to keep a look out all around the Walt Disney World Resort for them.

If you’re all ears for Minnie ears, be sure to check out some of the other recent releases, including a black velvet pair themed to The Haunted Mansion, a Parisian macaron pair part of a new merchandise line at the France Pavilion in EPCOT, and eerie ears themed to the bellhop uniforms at The Twilight Zone Tower of Terror in Disney’s Hollywood Studios!