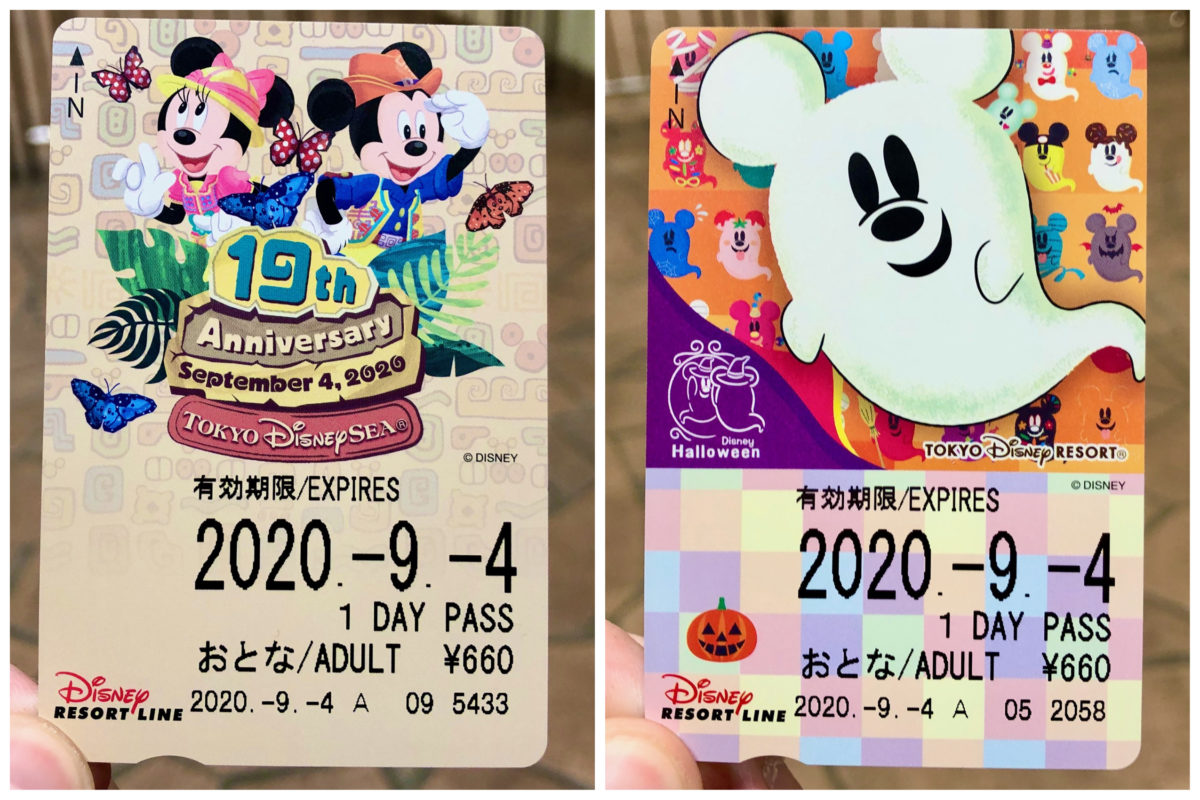 They say cloud has a silver lining. For example, even though the monorails on Tokyo Disney Resort’s Disney Resort Line charge fares, the resort makes up for it with unique day passes to celebrate recent occasions and special events! The last time we saw a new pass was in April, so we’re pleased to show off the new free passes to commemorate the 19th anniversary of Tokyo DisneySea, and a spooky (but adorable) ghost pass for Halloween, now available on the Disney Resort Line!

Featuring Mickey and Minnie in their Mickey & Friends Greeting Trails outfits, the theme of the 19th anniversary is Lost River Delta. We introduced you to a similar merchandise line last week, now on sale across the resort. The DisneySea 19th Anniversary pass will be available “while supplies last”. This is actually the first time that a non-major anniversary has been commemorated with a monorail pass in recent memory. Most years outside of 0 and 5 years don’t get commemorative designs, so hopefully this is the start of a new trend!

The advertising poster features designs of the totem poles found at the greeting trails, including characters like Huey, Dewey, and Louie, Goofy, and Daisy!

Even though Disney Halloween festivities at the parks were cancelled this year, the resort still offers a special pass featuring various ghost Mickeys, also commemorated on this year’s slim Halloween merchandise release. This pass has a fixed end-of-sale date of November 1st.

On the poster, we find more pumpkins, cobwebs, and a final ghost Mickey, among other designs, to celebrate spooky season this year!

These passes are available at all four Disney Resort Line stations starting at ¥660 for one day. The Tokyo DisneySea 19th Anniversary pass is available while supplies last, while the Disney Halloween pass is only available through November 1st! Which of these two passes is your favorite? Let us know below or on social media!