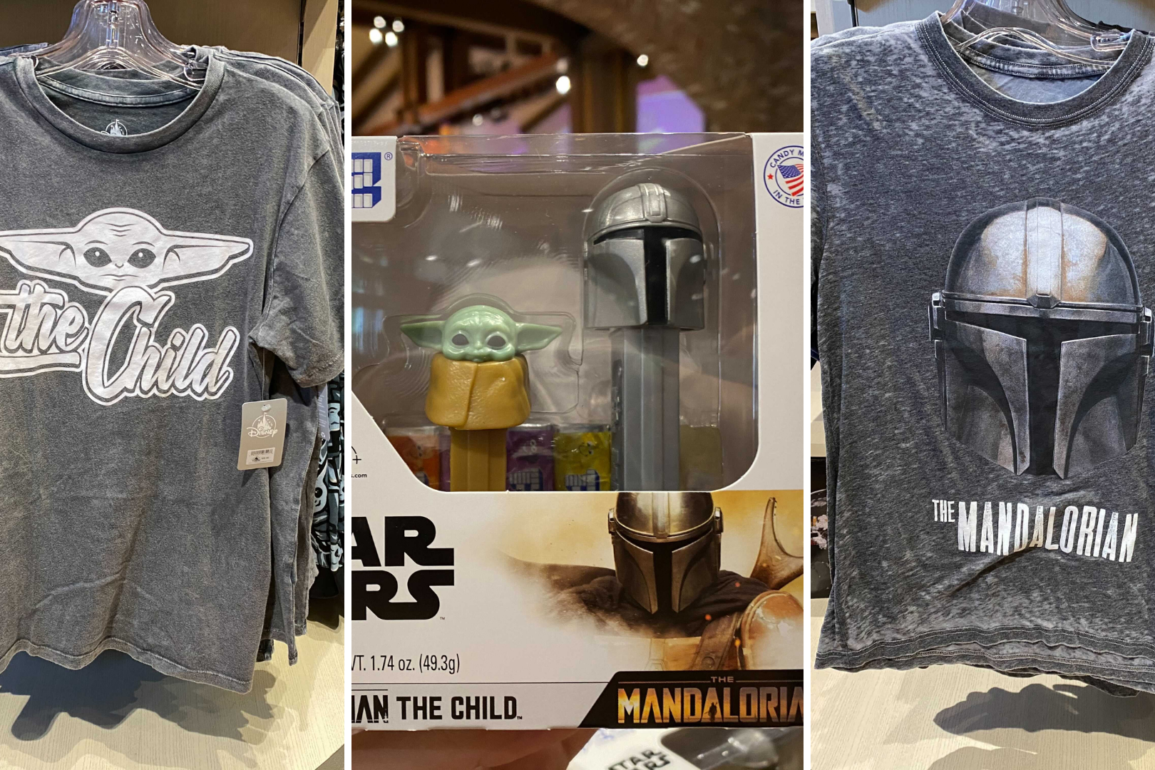 As we get ready for another round of adventure with season two of The Mandalorian on Disney+, even more merchandise featuring the show’s breakout stars has arrived at the Disneyland Resort… and objectively, it’s pretty sweet.

First up is this super-adorable PEZ dispenser set featuring both The Mandalorian and “The Child.”

The inseparable pair join the ranks of Star Wars characters to get the PEZ treatment, which includes Luke Skywalker, Princess Leia, C-3PO, R2-D2, Chewbacca, and Yoda. Six rolls of PEZ are included with the set.

It’s also a low-calorie treat, as one roll of PEZ is just 35 calories.

Next up is a t-shirt that just screams, “Don’t call me Baby Yoda!”

“The Child” is featured in a stylized design on this grey t-shirt. And no matter how you draw him, he is the most precious Force-sensitive creature in the galaxy.

Meanwhile, the show’s title character gets a t-shirt of his own, which shows off his trademark helmet on a weathered dark grey background.

Just remember: once you put the t-shirt on, you may never take it off. (Of course, I’m kidding… unless you’re a Mandalorian. This is the way.)

The PEZ dispenser set retails for $8.99, while the t-shirts sell for $36.99 each. We found all of these items at World of Disney in the Downtown Disney District.

Are you willing to plunk down your beskar for any of these? Sound off in the comments below!

Previous
PHOTOS: Take a Closer Look Inside “The Happy Ride with Baymax” at Tokyo Disneyland