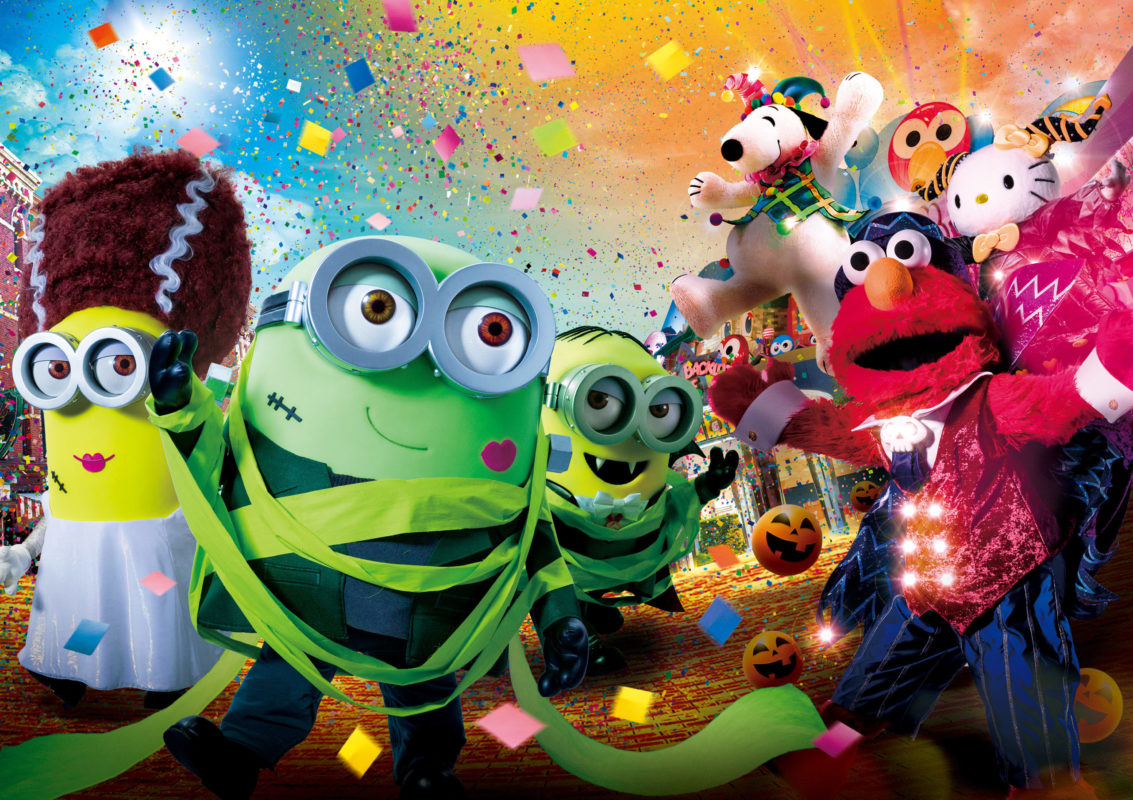 As the spooky season ramps up around the world, Universal Studios Japan has announced its plans for its Halloween event this year! Due to COVID-19, things will be a little bit different this year compared to previous years, with no, unfortunately, Horror Nights or Universal Surprise Halloween. But there’s some spooky streetmosphere and character greetings on the way. Let’s take a look!

This year’s Halloween will be a little bit different due to COVID-19. There will be no Festa de Parade, Street Zombies, Universal Surprise Halloween, or Horror Nights maze, like normal years. Instead, the park will be decorated top-to-bottom in Halloween decor, spooky background music will fill the air, and characters will welcome Guests in unique, spooky outfits. There’s also some new streetmosphere shows just for the season! The program has been designed to fit the new normal of COVID-19 as the park and Japan endures and recovers from the pandemic.

Around the park, the Minions will greet Guests in various monstrous forms! In the above picture we can see zombie, vampire, and Frankenstein’s bride Minions, and there’s bound to be a few goofs and funny moments. They are Minions, after all!

In Universal Wonderland, a special version of Wonderland Season’s Joy for Halloween is on the docket, featuring characters from Sesame Street, Peanuts, and Hello Kitty in their special spooky costumes! And just for the little ones, a special trick or treat program is available where young ones can get original Universal Studios Japan treats by chanting a secret password to Crew Members with pochettes.

Additionally, characters from the Universal Monsters family, like Dracula, Beetlejuice, and Frankenstein will break free from the Universal Monsters Live Rock n’ Roll Show and take to the streets, complete with a special streetmosphere show, Monster de Dance, where Guests can dance along with a special “Rat-tat-tat Dance” for the season! Another show, Zombeats, is brand new for this year and will deliver powerful a cappella songs perfect for losing yourself in the rhythm.

The Rat-Tat-Tat song, first popularized last year and performed by the J-Pop group Sandaime J Soul Brothers from Exile Tribe has been remixed for a special socially-distanced version. The entire entertainment slate is designed to ensure Guest peace of mind and safety in the times of COVID-19.

Universal Studios Japan noted that they are taking extra precautions to prevent infections as much as possible and creating original, scaled-down events for Halloween and Christmas as the COVID-19 pandemic continues. As mentioned previously, Universal Halloween Surprise and Horror Nights are suspended for this year. The Christmas program will also be on a similar scaled-down level as this, according to the park.

Also a note from the park that the Super Nintendo World opening date still has not been decided, but will be announced once it is.