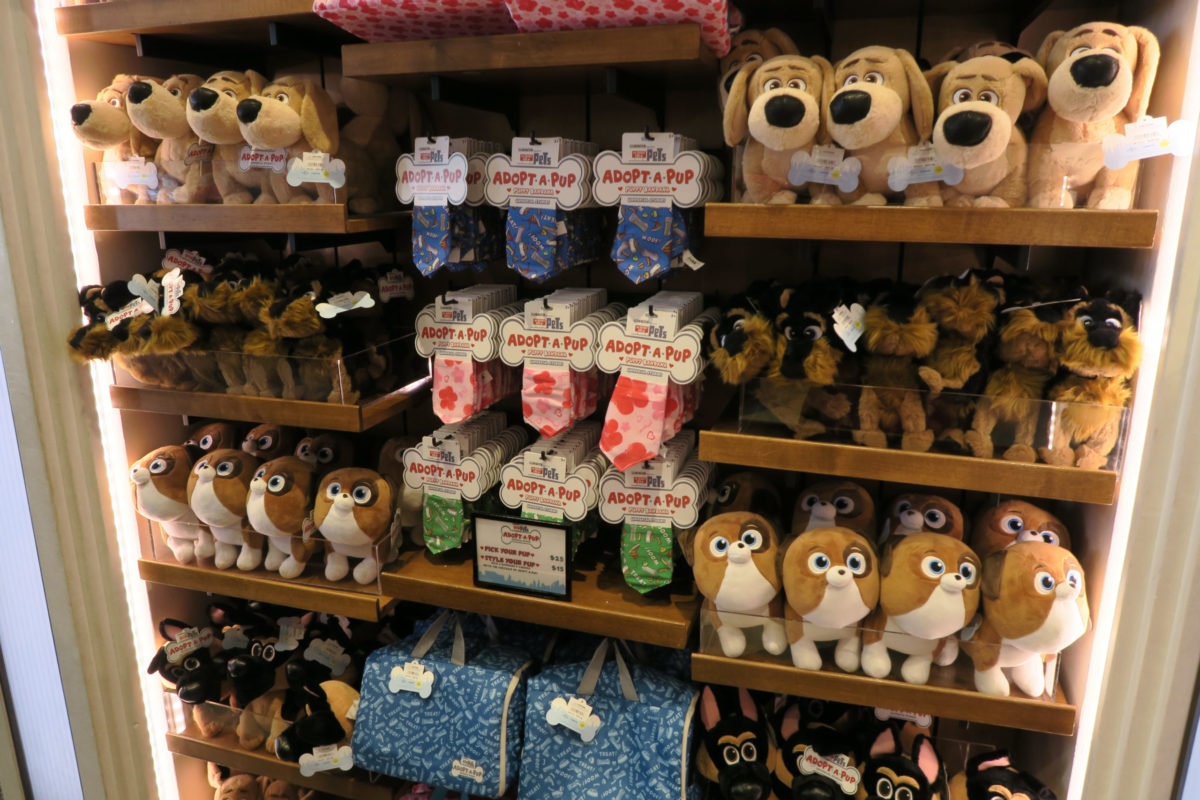 “The Secret Life of Pets: Off the Leash” is a new immersive ride that was set to open last Spring at Universal Studios Hollywood. Due to the pandemic, the park closed in mid-March and the ride, unfortunately, had not opened to the public yet. And while we can see glimpses of the facade from outside the gates, we still can’t go in and run around “off the leash” with the characters from the film, but you can bring some of this fun home with you. This new display was spotted in The Studio Store at Universal CityWalk Hollywood. And it looks like it may have been intended for the ride’s gift shop.

Shoppers can “Adopt-A-Pup” of their very own. There are four styles of dog to choose from, each one more adorable than the last. Then their new owner can pick out a bandanna for them and get a carrier to take them home in.

Look at that face!

What’s not to love?

There are three styles of bandanna — one pink with flowers and hearts, one green with a dog’s favorite things, and one blue with the same print as the green bandanna.

Each of the dogs can come in its own carrier in either blue or pink.

The carrier has handles on top and one side opens. The velcro closures release to open the carrier and allow your pup inside for easy carrying to the park, vet or anywhere you want to take your stuffed friend.

You can adopt your very own pup for $25 and style them out with a bandanna and carrier of your choice for an additional $15. These are available now at The Studio Store in Universal CityWalk Hollywood.

Are you going to Adopt-A-Pup before the park reopens and the ride debuts? Let us know in the comments below. For more like this, take a look at what else we saw at Universal CityWalk Hollywood, or see some more new merch from Universal Orlando Resort.