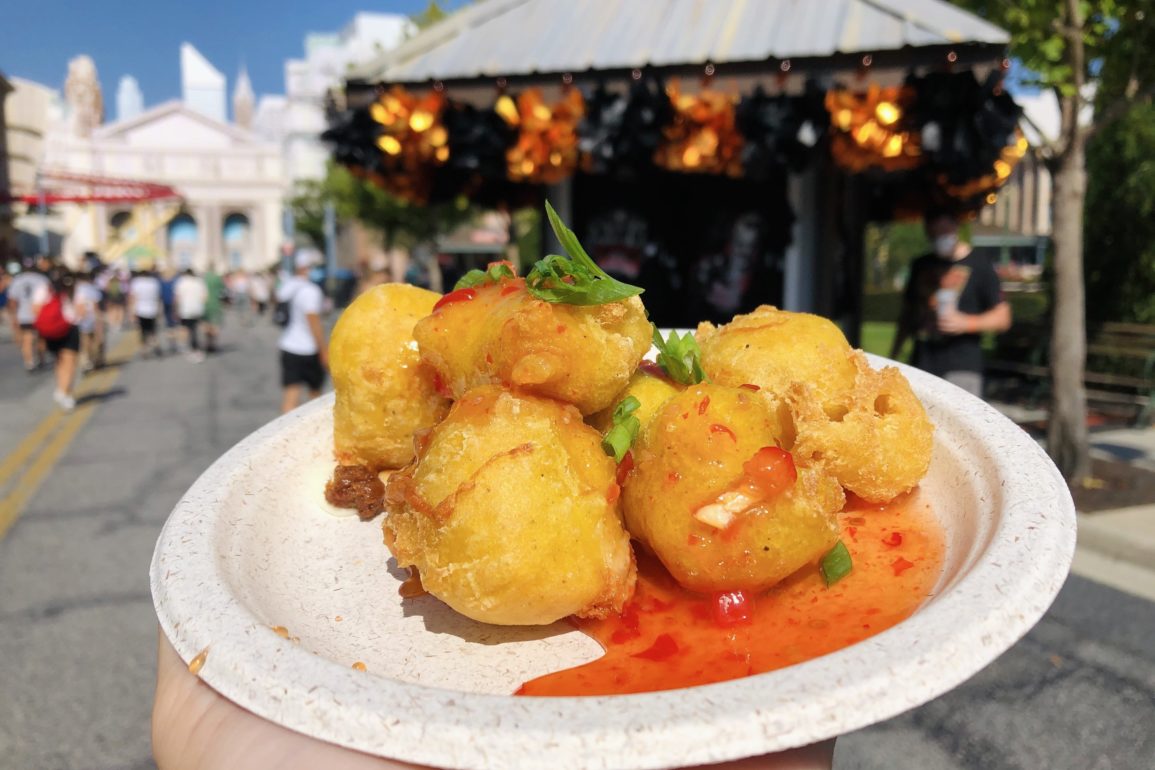 The menu at one of Universal Studios Florida’s Halloween food trucks has changed slightly, removing the pork rinds that we weren’t fans of in favor of Cheese Curd Brains.

According to the chef, they will be changing up the menu sometimes to see what people like best.

We ordered some cheese curds, but unfortunately our first plate was undercooked. We took them back and the team was happy to get us a new batch that had been cooked longer, and we’re glad, because these cheese curds are amazing!

It looks like a small portion, but we probably could have split it between two people. The curds are huge!

The last one we ate didn’t have any cheese in it, but that just meant it was like a hush puppy. It was still delicious, just missing the nice cheesy pull we got from the others.

The sweet Thai chili sauce isn’t overpowering. It has a light kick to it without being too intense. It adds the right pop of sweetness to the curds.

The breading has a fantastic flavor to it. It was almost like a buttery, cornbread-type of coating. It’s very dense, but the sauce helps soften it and give it an even sweeter flavor.

There’s not as much cheese in them as we expected, but we would order them again and they’re a much better option than the pork rinds.

Will you be trying these Cheese Curd Brains at Universal Studios Florida’s food trucks? Let us know in the comments.

Next
PHOTOS: Kringla Bakeri Og Kafe Reopens with a Limited Menu (and School Bread) in the Norway Pavilion at EPCOT