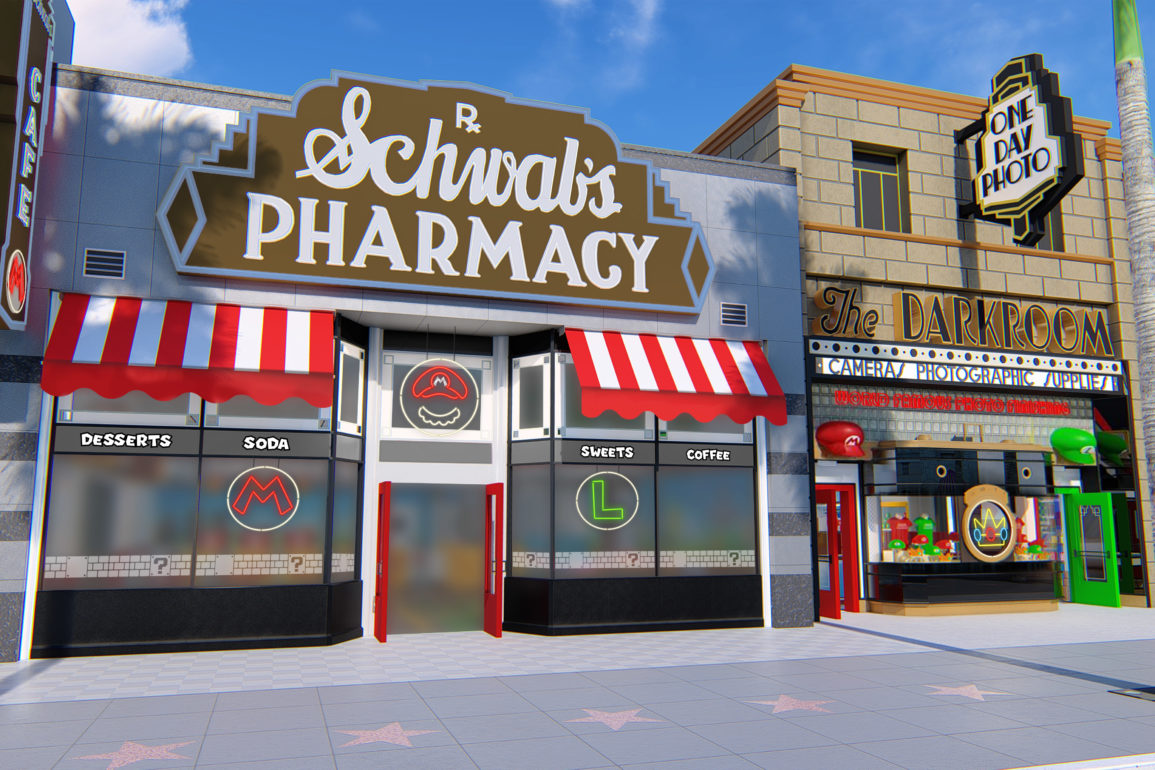 The Super Nintendo World expansion at Universal Studios Japan has been highly anticipated for years, and has faced a number of setbacks in its journey, so we’re excited to see that the expansion now has an opening window set: Spring 2021! Not only that, but Universal Studios Japan released more concept art for the Mario Cafe and merchandise store that will open in the Hollywood area of the park on October 16th!

The “Schwab’s Pharmacy” and “The Darkroom” facades in Hollywood will be transformed into a cafe and shop respectively, dedicated to Mario treats and merchandise starting October 16th. The exteriors of the shops feature red and green motifs to reflect the caps of the two iconic characters, Mario and Luigi.

The cafe interior is designed to be nostalgic, featuring motifs of mushrooms, ? Blocks, and pipes. Inside, Guests can enjoy several Mario-themed treats and drinks! The park even released a sneak peek at the items coming to the cafe!

While prices were not immediately revealed, all of these items will be on sale starting October 16th at the Mario Cafe!

Adjoining the Mario Cafe will be the Mario Shop, selling merchandise original to Universal Studios Japan! The first line at the new shop will be the “Whose Cap” line, which the park also previewed today!

All of these items and much more will be available at the Mario Store starting October 16th!

As we’ve previously discussed, the exciting new Super Nintendo World area will feature two attractions —a Mario Kart attraction and a slower Yoshi omnimover. The expansion is set to open in Spring 2021. Are you excited? Let us know in the comments below, or on social media!