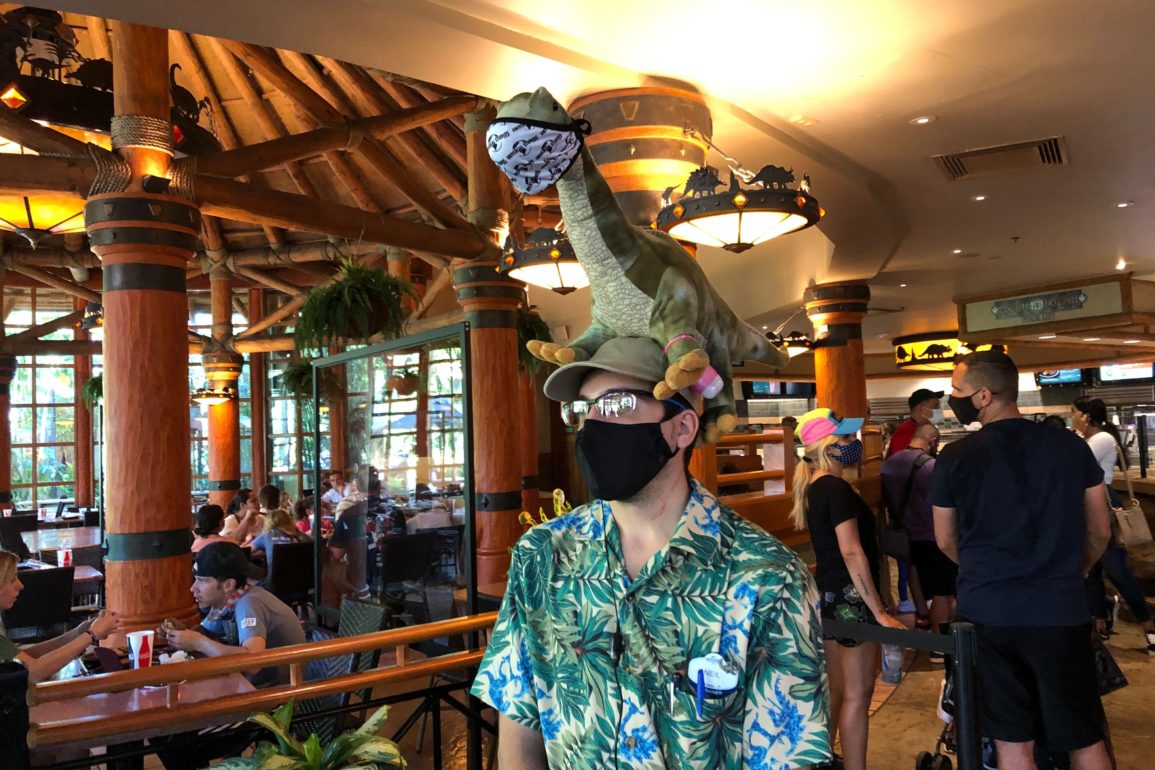 Greetings from the Universal Orlando Resort! After two consecutive days in a row that the theme parks reached capacity, we weren’t really sure what to expect today. We arrived at Universal Studios Florida to find the park much more calm than the weekend.

Crowds were lighter this morning, but many of the attractions had very high wait times.

As we wandered the park, we were thinking about how nice and calm things were. And then we got to Diagon Alley and found everyone. Thankfully, the crowds here are nowhere near as bad as they were over the weekend.

Sugarplum’s Sweet Shop had a successful weekend and their display case was looking pretty bare today. There were a few apples, plain chocolate fudge, and a couple of No Melt Ice Creams.

The menu at the Halloween Horror Nights food truck has changed again. They’ve been rotating the menu items, and now the Stolen Teeth Street Corn has been replaced by the Electrofried Skin and Guts.

Hogsmeade was absolute insanity this afternoon. The line for Harry Potter and the Forbidden Journey was all the way down to the Jurassic Park archway.

And speaking of the archway, we’ve been delighted to see two of the torches lit lately. It would be great to see all four of them going again soon.

Jurassic World VelociCoaster is looking impressive and has received some new detailing along the top of the raptor paddock. In addition to the fencing, we also spotted a waterfall flowing down through the rocks. The theming of this ride is really coming together and we can’t wait to be fully immersed in this new story!

We still can’t get over the difference in crowds from this morning at Universal Studios Florida and this afternoon at Islands of Adventure. What a difference!

Inside Thunder Falls Terrace, we found an awesome Team Member greeting guests with an adorable dinosaur on his head. The dino even has a face mask and hand sanitizer!

Plexiglass dividers on wheels have been added here, too, to help accommodate more guests in the restaurant.

That’s all for this visit around the parks. Thanks for joining us today and be sure to stay tuned for more updates from Universal Parks News Today!

Next
PHOTOS: Ahsoka Tano Legacy Lightsabers Back in Stock at Dok-Ondar’s Den of Antiquities in Disney’s Hollywood Studios