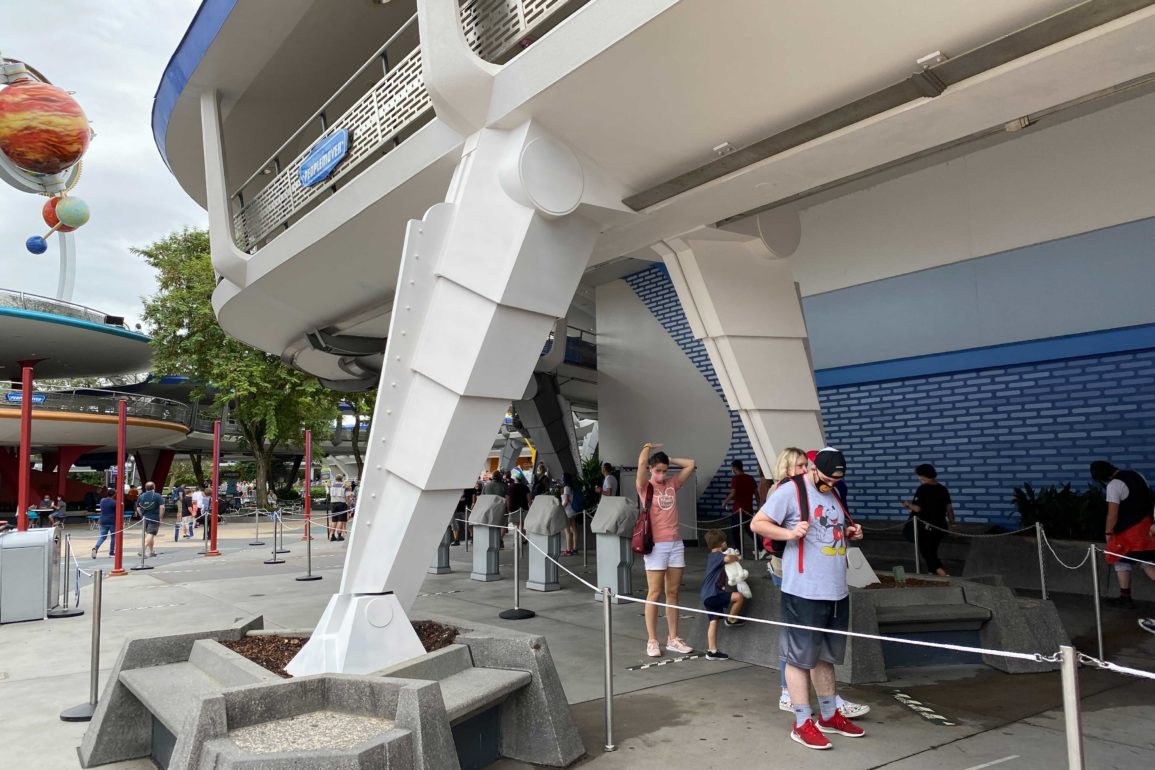 Greetings from the Magic Kingdom! As part of Tomorrowland’s new look, we recently shared that the vertical supports below the Tomorrowland Transit Authority PeopleMover track were being repainted white. We’ve checked back in on the project and work is slowly but steadily progressing.

Near the famous Purple Wall, this leg got its second coat of paint, going from the retro-chrome to a white matching the wall behind it.

Moving further into Tomorrowland, this pair of supports got their first coat of paint. (Hey, even paint drying is interesting at the Magic Kingdom!)

On the other side of the attraction entrance, a scrim tower remains covering the support closest to the attraction’s exit. The leg behind the scrim is visible enough that we can see it hasn’t been painted yet.

Over near Rocket Tower Plaza, the support columns on the track level have all moved to the next phase of their refurbishment. And with the PeopleMover currently closed to guests at least until January 2nd, there’s plenty of time to get the job done.

In some cases, this means getting re-covered in concrete, while wire framing is being added to others.

Some columns remain covered before they’re given the new concrete.

With a new look and (eventually) a new addition, it seems there really is a great, big beautiful tomorrow for Tomorrowland!

Keep reading WDWNT for more on what’s new at the Magic Kingdom!