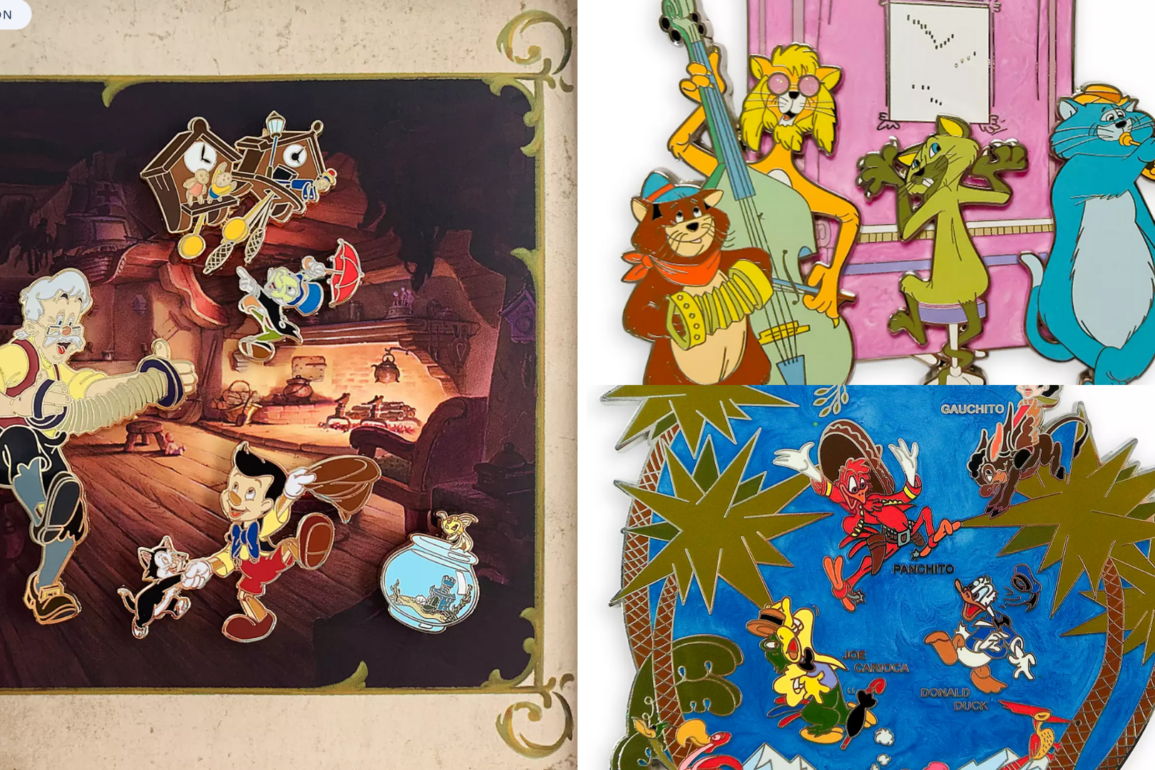 Celebrate the 80th Anniversary of Walt Disney’s animated masterpiece Pinocchio with this set of five limited edition pins. Makes no difference who you are, you’ll love our handsome storybook displaying Pinocchio, Geppetto, Jiminy Cricket, Figaro, and Cleo, full of life as you will always remember them.

Celebrate the 75th Anniversary of Walt Disney’s animated classic The Three Caballeros with this jumbo limited edition pin. A colorful setting is filled with happy amigos, including Donald Duck, José Carioca and Panchito, to create an unforgettable pin-collector’s fiesta!

Celebrate the 50th Anniversary of Disney’s animated classic The Aristocats with this jumbo limited edition pin. Everybody wants to be a cat as Scat Cat and his boys show Marie, Toulouse, and Berlioz where the fun is at in a dimensional pin-on-pin design.

Which of these pins will you be adding to your collection? Let us know in the comments.