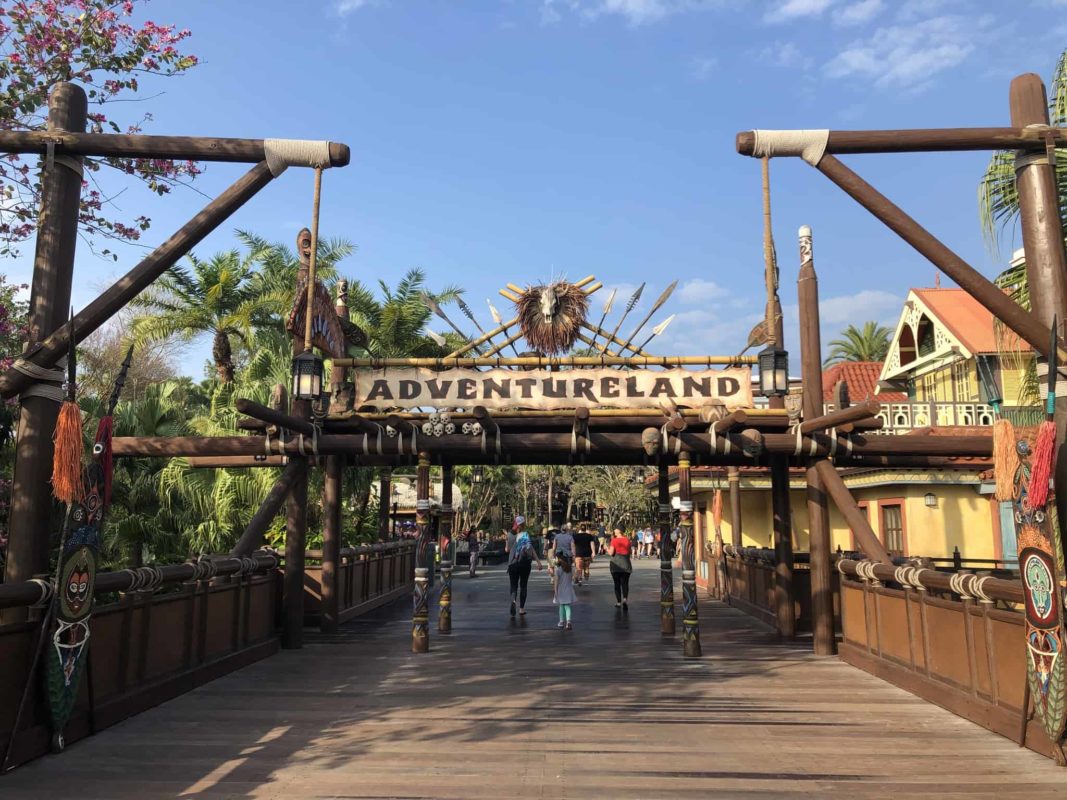 Adventureland in Magic Kingdom has debuted an entirely new background music loop. The loop is approximately fifteen minutes long and includes nods to some of the Arabian Coast area music from Tokyo DisneySea. You can listen to a portion of the new Adventureland BGM loop in our YouTube video below:

Whereas before, there were separate music loops for the entrance and the Magic Carpets of Aladdin attraction, it seems now they’ve all been merged throughout the land. Similar to Disney’s Hollywood Studios, there may be different instruments or musical influences based on the area of the park you’re in.

If you’re feeling nostalgic, pieces of the old Adventureland background music loop can still be heard on Discovery Island at Disney’s Animal Kingdom.

What do you think of the new BGM loop in Adventureland? Let us know in the comments!